Torment: Tides of Numenera is set a billion years in the future, in a world where countless advanced civilisations have risen and fallen. Everywhere you look there are broken, fragmented remnants of these ancient cultures, including arcane machines, statues of long forgotten gods, crumbling temples, and objects so bizarre and unknowable they simply defy description. It's a hell of a setting for an RPG, and one of the strangest places I've ever explored in any video game. This alone is worth playing Tides of Numenera for, but it has a lot more to offer too.

So far so weird: but it gets weirder. Centuries ago, a legendary figure known as the Changing God discovered the secret to immortality. He learned how to build new bodies and transfer his soul into them. When he was done, usually because he'd built a better one, he'd abandon it. These empty vessels, who develop their own consciousness once they've been tossed aside by the Changing God, are known in this world as Castoffs—and it's one of these you play as in Tides of Numenera. It's a neat concept, and opens up a world of role-playing. 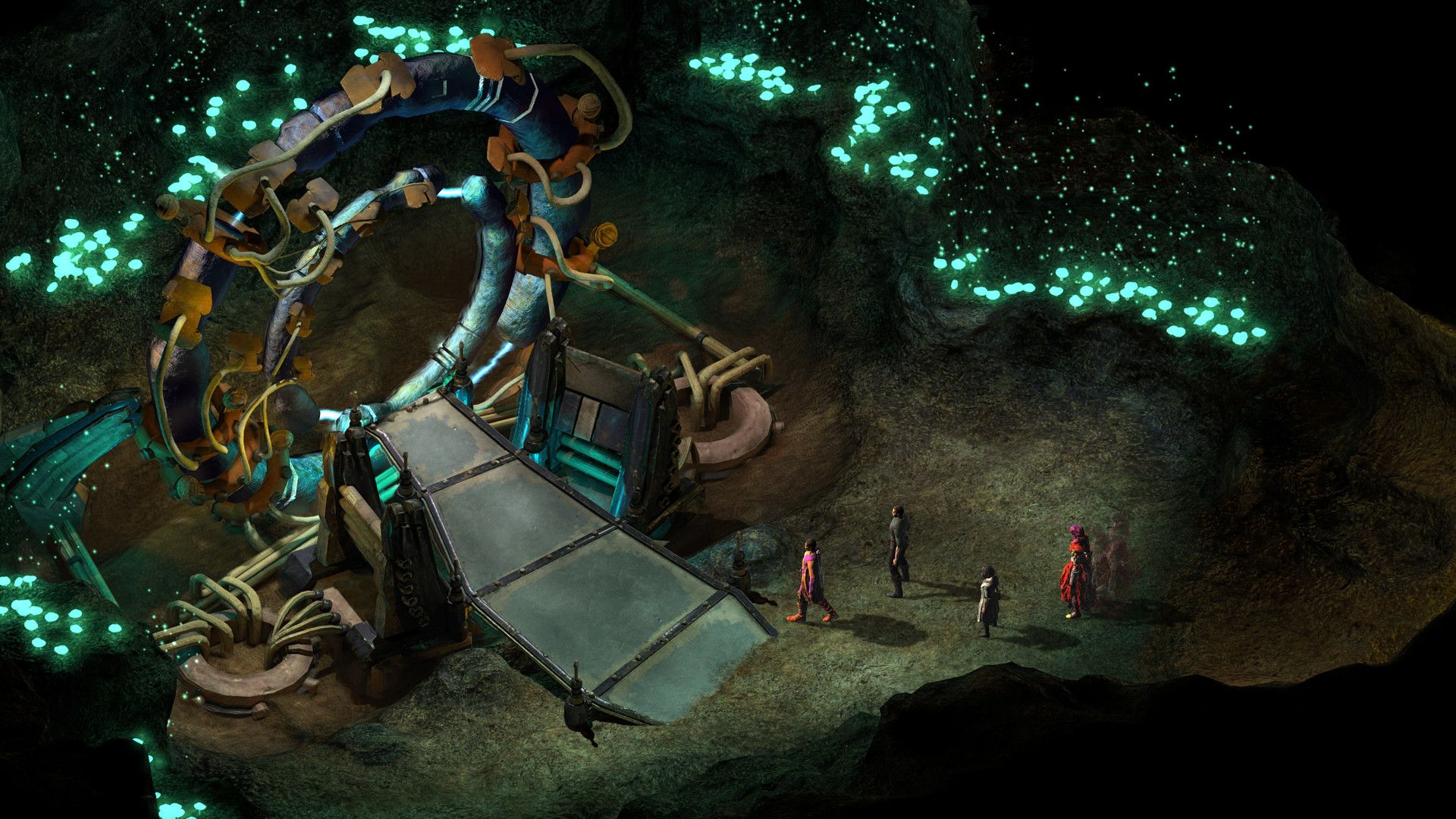 You meet a lot of Castoffs in the game: some who have become newly sentient, and others who have been around the block and made a name for themselves. These include assassins, slavers, priests, poets, and even royalty. As for you, well, that's up to you. Tides of Numenera is a deep, rich RPG where the things you say and the choices you make shape your Castoff into a character that is unique to you. Like '90s classic Planescape: Torment, of which this is a spiritual successor, it's a dense, wordy game with lengthy scrolls of evocative, vivid text to read.

Quests are varied and unpredictable. A simple task will often spiral into something much more complex, forcing you to make tough decisions that will shape both your character and other people's opinion of them. You never know what you’ll be doing next, and nothing in this strange, abstract world is ever what it seems. Making sense of the stuff you encounter is half the battle. One minute you’re hunting a mysterious serial killer, the next you’re trying to convince a race of electricity-eating monsters to stop tunnelling under a city and destroying people’s homes. 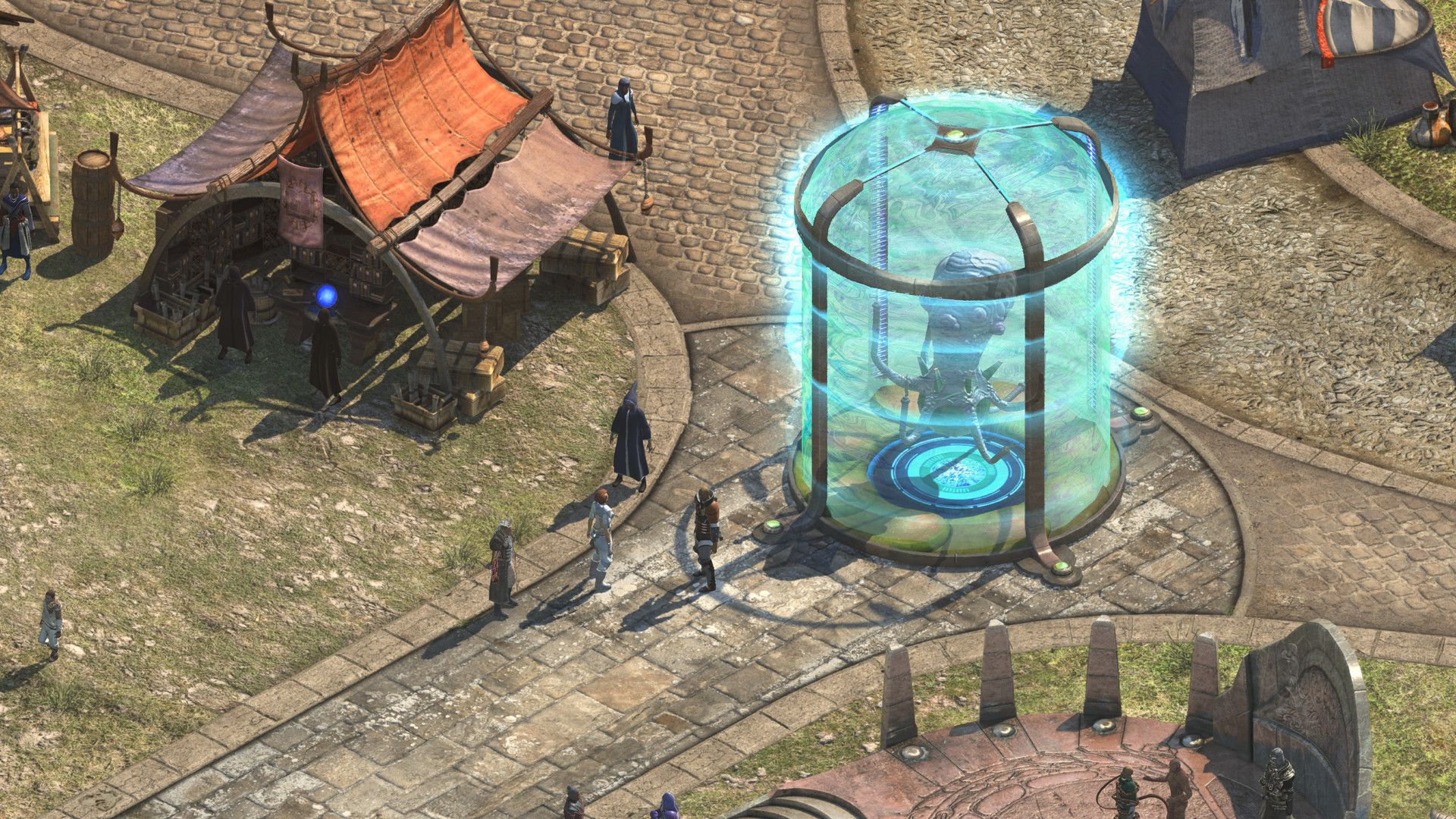 Instead of a binary good/evil system, Tides of Numenera makes use of an interesting system called Tides. There are five in total—gold, red, blue, silver, and indigo—and how they shift determines what kind of person you are and your impact on the world. For example, perform a good deed and the gold Tide will shift. Make a tough decision that has some negative effect on your life, but improves someone else's, and the indigo Tide will shift. The more a Tide shifts, the more likely it is that it'll become your dominant one, which will colour people's perception of you.

There’s deep turn-based combat that will be familiar to anyone who’s played Infinity Engine RPGs like Pillars of Eternity or Baldur’s Gate. But one of the best things about Numenera is how conflict can almost always be avoided or cleverly wriggled out of. You can persuade enemies to back down, but your likelihood of succeeding depends on your stats. A silver-tongued Castoff might be able to pull this off, but one whose stats lean towards combat, magic, or technology may not. Any RPG where you can bullshit your way out of a scrap is alright in my book. 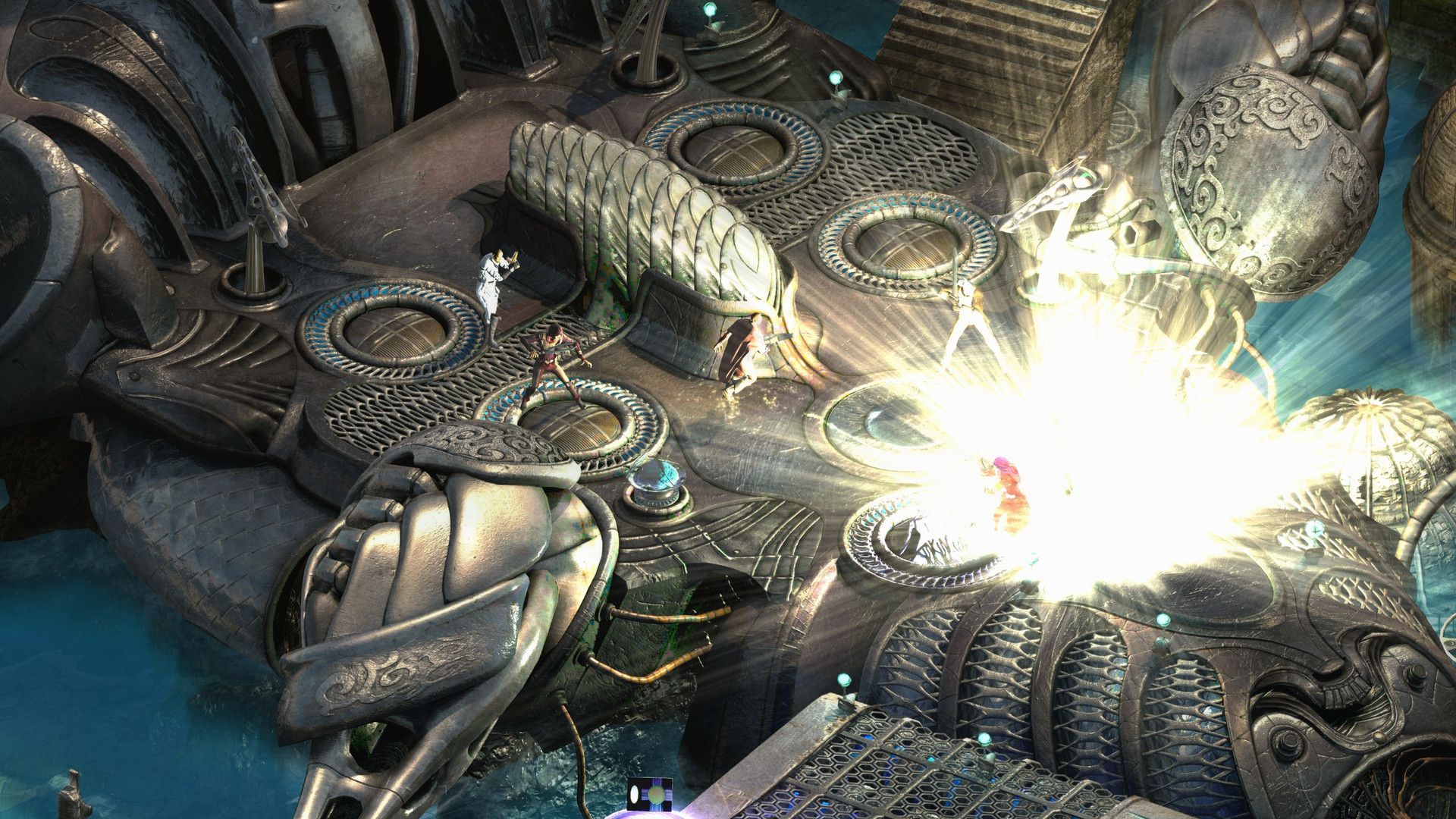 The writing is superb too. It’s rich, mature, and occasionally poetic, drawing you into the world and making you care about the many quirky oddballs you meet on your journey. You’ll form deep relationships with your companions, who all have fascinating backstories to discover and personality quirks that you’ll grow to love or hate. At first the sheer strangeness of the setting can be overwhelming, but you soon adjust to it. The first hour is the hardest. You're dropped in at the deep end and given very little information about the world or your role in it. But trust me: stick with it.

Tides of Numenera didn't sell as well as developer inXile hoped, and since its launch in 2017 it seems to have faded into obscurity. That's a shame, because it's a fantastic RPG that any fan of the genre should play—if they're willing to spend a lot of time reading big walls of text. Planescape: Torment didn't sell many copies either, and now it's widely considered to be one of the greatest video games of all time. Tides of Numenera isn't quite as good as Black Isle's masterpiece, but it's a quality, confidently made spiritual successor that is well worth your time.