Torchlight 3 is mere days away from exiting the Early Access program on Steam, and one of the biggest changes to the series lies in the addition of Lifebound items for players who do not fear death and the permanent loss of their gear. Max Schaefer, Echtra CEO and Torchlight franchise creator spoke with TheGamer about how this mechanic builds on the nature of Hardcore play, where death is permanent.

Lifebound is a new innovation in the Torchlight series that evolved as a mechanic from the earliest days of the game’s development, “it was an affix at first on random pieces of gear, but has changed as players gave feedback,” Schaefer describes. “We had to change it to an opt-in system because too many people didn’t like the idea, they get frustrated or scared by it, and so we made it a scroll that can be applied to any item to make it Lifebound and adding about 20% power across the board, but if you die, it’s gone.” 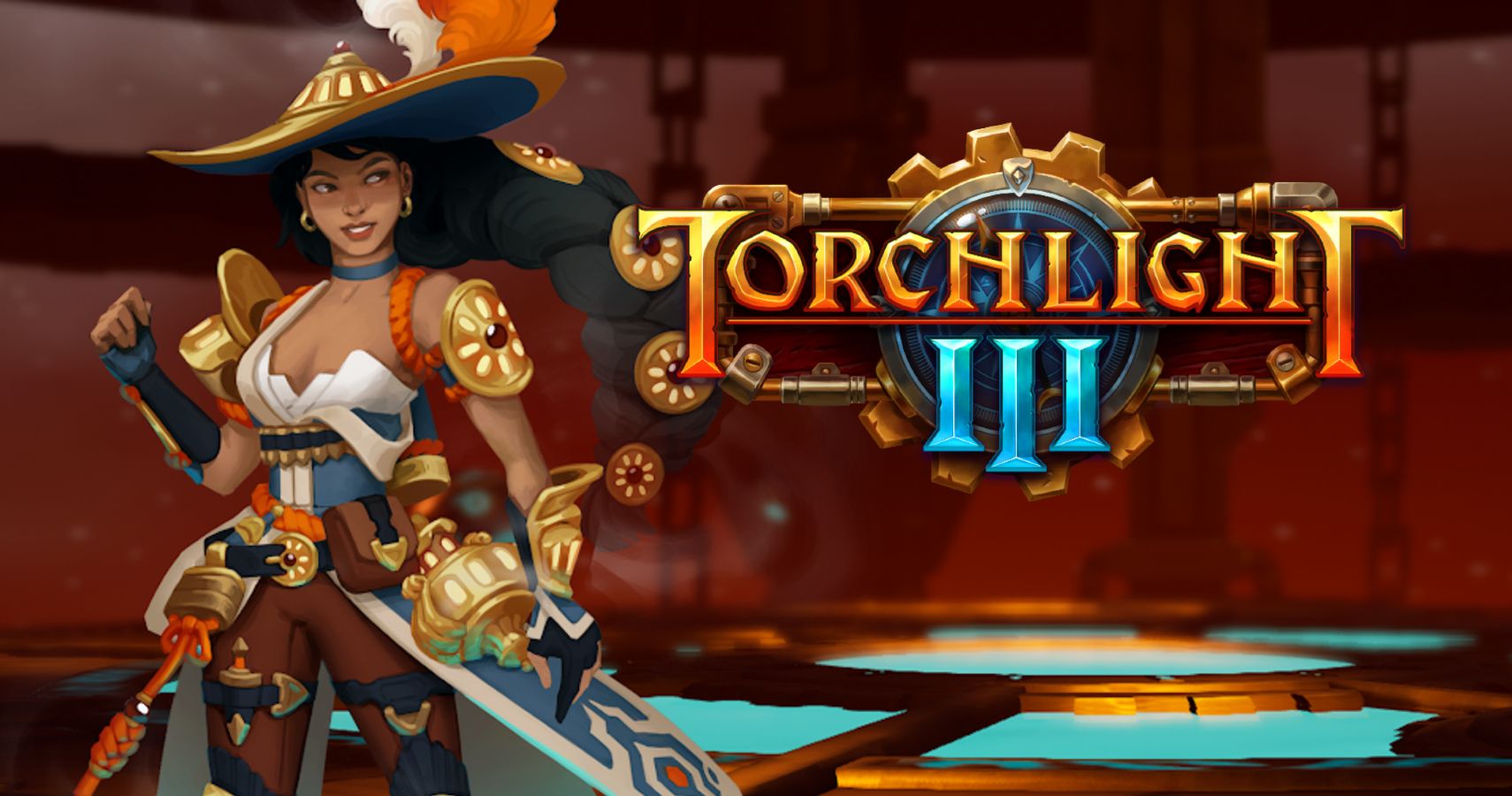 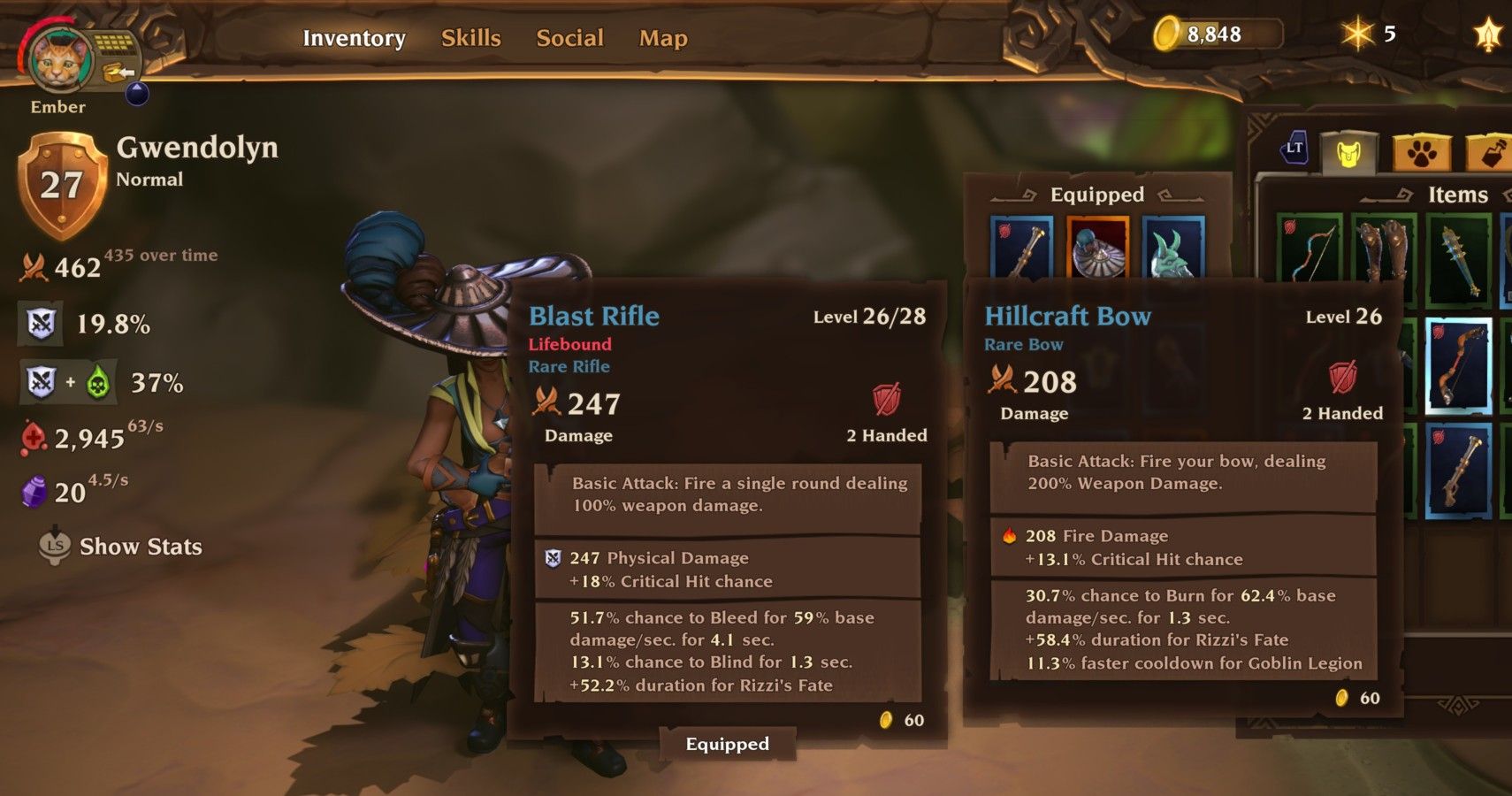 In the early levels of Torchlight 3 gameplay, this may not sound like a big deal, but later the idea of adding 20% in power to items can lead to a massive boost in utility, survivability, or both. Obviously, there is risk involved and you will need to be more careful so as not to die, but therein lies the risk versus reward of Lifebound items.

It’s fascinating to see that the developer transitioned this mechanic from being randomly affixed to found gear to a scroll for use as desired. This gives players so much control over how they play the game, and is probably the best way to introduce the idea of playing a Hardcore character, “You find these scrolls throughout the game and you can choose to flirt with Hardcore mode, it’s not a full hardcore character, but I’m at least going to take this weapon, make it more powerful, and try hard not to die.” 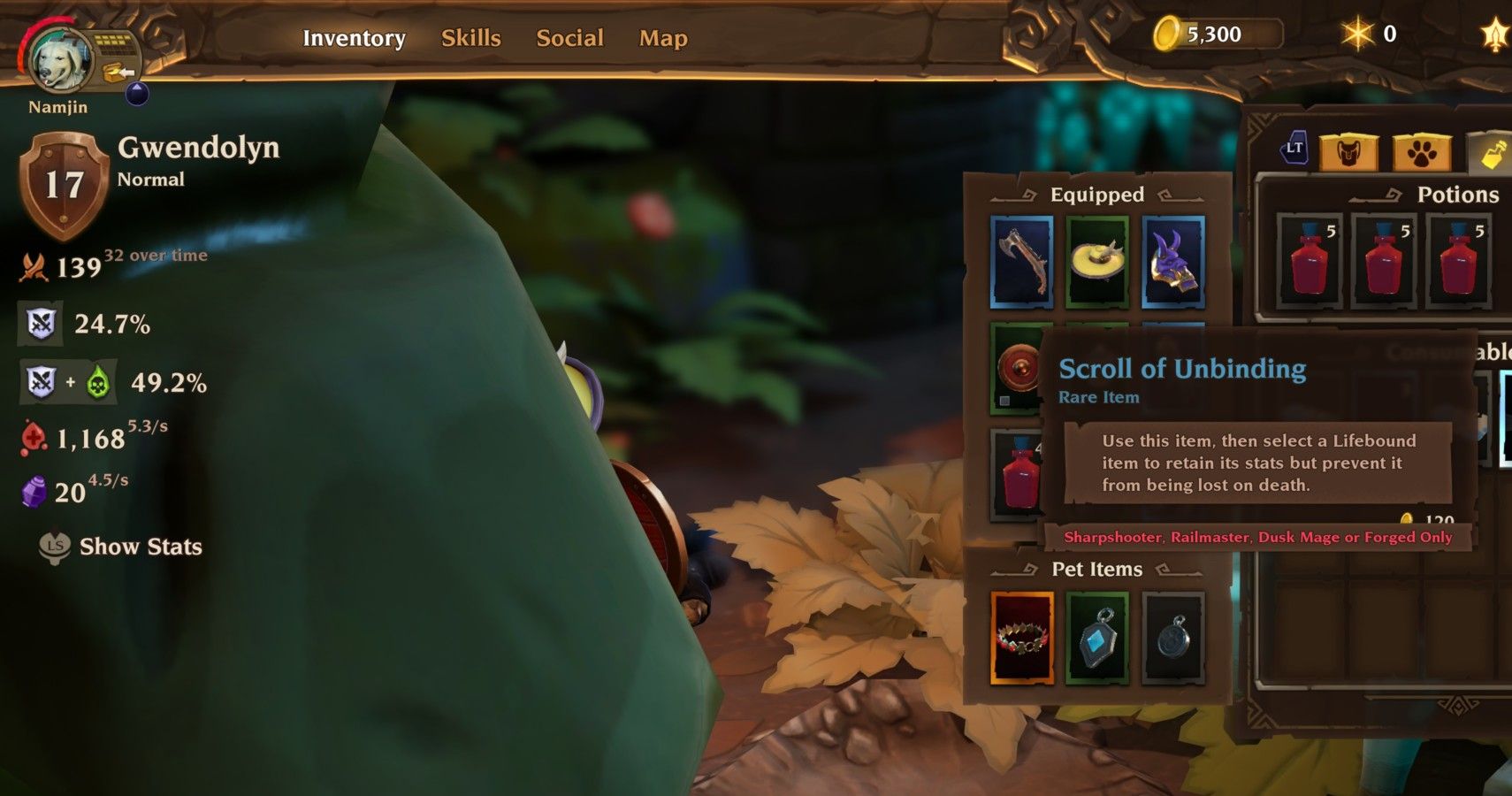 Another way to look at Lifebound scrolls is to boost the power of an alt that you want to level after a main character. Since that main character can find gear and place it in the shared stash, an alt will find themselves in a position of having powerful gear, making leveling a faster process after the first time, and gear lost due to death is not really a big deal here since the goal is to level up and reach the endgame.

However, if you are terrified of the idea of dying and losing your favorite gear, the ability to add and remove the Lifebound affix has you covered. Still, for those who love Hardcore mode, this is simply one more way to flirt with death while getting a big payoff for not dying.