Fallout: New Vegas turns thirteen this year, and is still – in my opinion – the best Fallout. I mean, that's not hard when there's only been one mainline game since New Vegas, but it just means that we have very limited options when it comes to getting our Fallout fix. With that in mind, it's no surprise that challenge runs of the game have become so popular.

Now, thanks to a new creation shared on Nexus Mods, you can make sure the rules of your next no-damage challenge run are enforced as strictly as possible. One Hit KO For Fallout New Vegas is a mod that does exactly what it says on the tin – immediately kills you as soon as you take a single hit. Better yet, you don't die in just any fashion. As soon as you take even one point of damage, the courier will explode in a glorious nuclear blast, ending the run in style.

This mod comes courtesy of Nexus user Cahigal55, who took inspiration from YouTuber DarkViperAU's damageless runs of Grand Theft Auto 5. Now, New Vegas fans can get in on the fun.

In the mod's description, Cahigal55 lays out some rules for the challenge run mod.

The mod author has also shared some screenshots showing the mod in action – and they're definitely not holding back on the explosive side effects. As soon as the unfortunate courier took a single hit point of damage, the nuke was set off, turning the starting area of Goodsprings into an irradiated hellhole. As if they didn't have enough to worry about already. 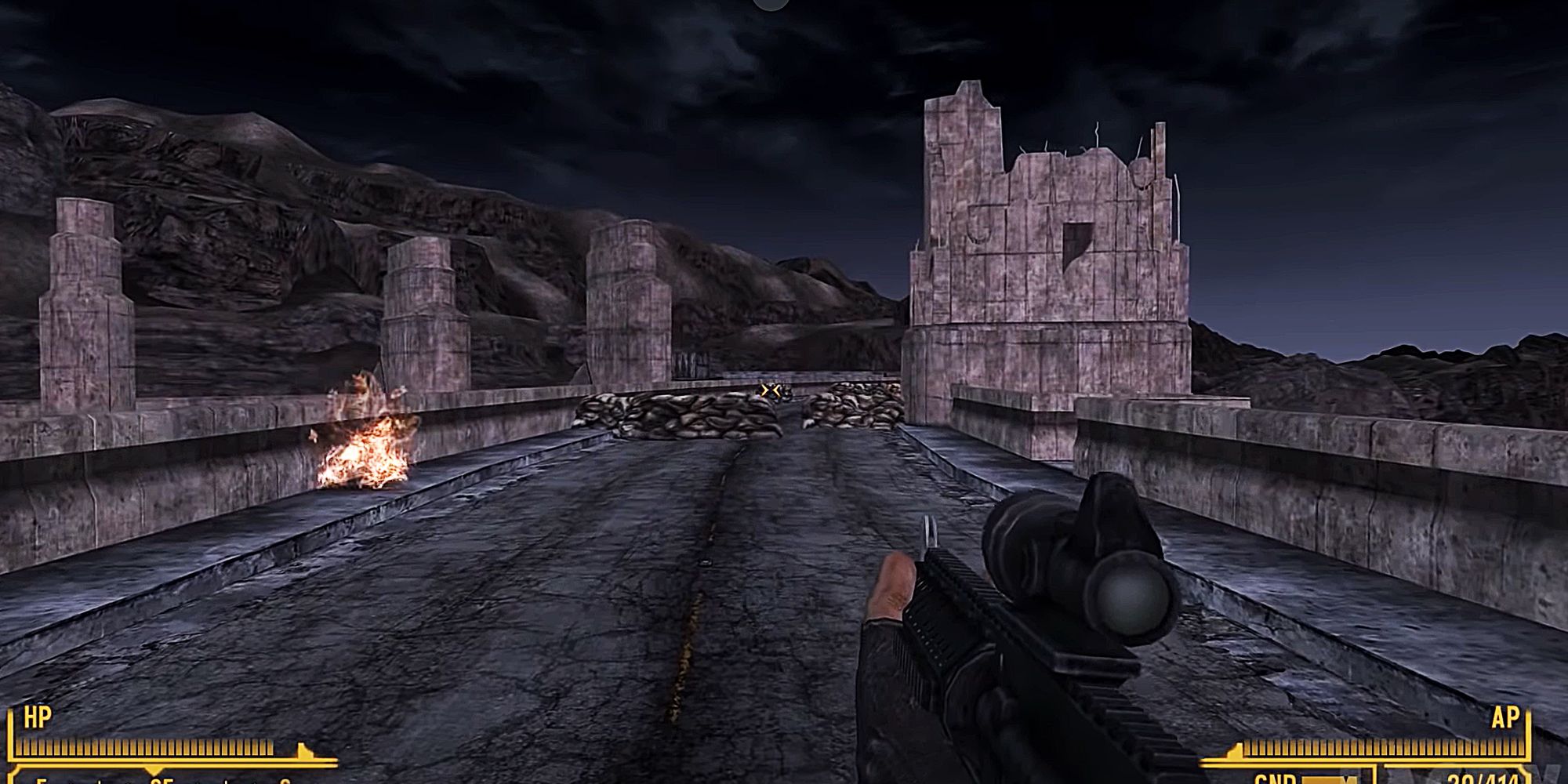 As torturous as it sounds, challenge runs and mods like this have played an impressive role in keeping New Vegas fresh for more than a decade now – which isn't bad for a game that was originally meant to be a smaller expansion for Fallout 3.

As you may expect, the most common sort of challenge run we see in the New Vegas community is speedrunning. We covered the most recent world record holder in October, with runner WaveClipping beating the main story in just nine minutes, 14 seconds. For reference, a usual playthrough can set you back as much as 40 hours, even longer if you're a completionist.

But there are more unique challenges out there if speed isn't your thing. A popular mod from last year added an NPC that crashes your game if he gets too close to you. That means that as well as looking out for bandits, you've also got the Crash Man coming after you. There really is something for everyone in the New Vegas community.