Mystic River is a long form side quest in The Witcher 2 that spans all three chapters of the game. Early on, during his main contract for the village of Flotsam, Geralt will come across a shipwreck while exploring the monster's lair. Upon further inspection he will find a journal which sparks an investigation to be followed up river as he continues along his journey through Vergen and to Loc Muinne.

It's easy to abandon this quest after each phase, especially if you can't pick it up at the next location or simply become disinterested without constant prodding from the quest tracker. But it's a long winding path to an epic set of armor, so you may find the distance is worth it. We're also here to make the journey a smoother one by covering all three chapters of the Mystic River quest in turn, to help you navigate each step of the way. 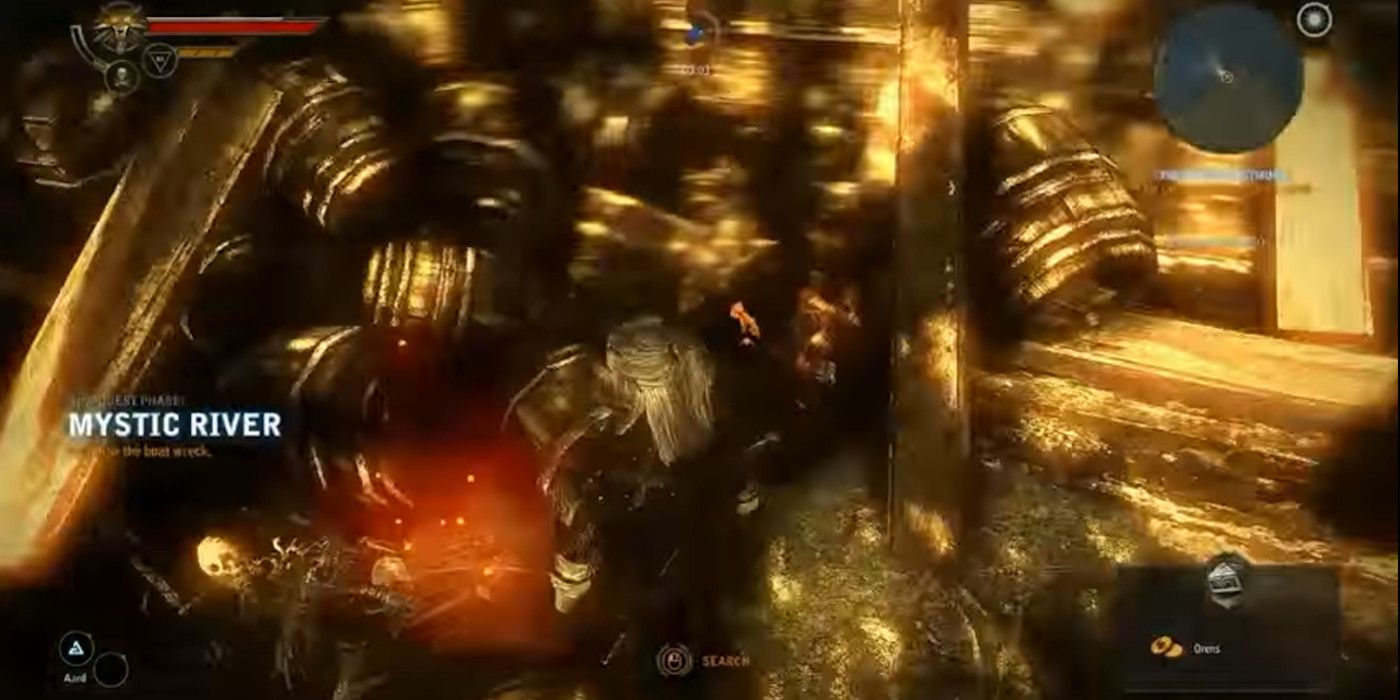 You can pick up the Mystic River quest easily by going about the Kayran contract and investigating the shipwreck that lies in the murk of the beast's lair. There are a couple of key lootables you'll need to find:

The journal is the captain's log scribing his journey along the river, and asks the reader to pass on the journal through the Royal Post as your possession of his notes' means he should be assumed dead.

Players who've undergone monster contracts such as the Nekkers or Troll contract will know Louis Merce, who hunters see to be paid out. It turns out he is also the village post master, as should've been evident from the sign bearing a quill and Temerian Lilies in patriotic blue and white, hung above his residence in the town square.

Louis Merce's home near the Flotsam Inn and town scaffolds also doubles as the town office. You can deposit the journal in the Royal Dropbox on his desk upstairs practically anytime.

Your other option is to take advantage of an opportunity while in Loredo's office during one of the quests you are able to access his commander's building, consisting of his office, several private chambers, and his "lion's den" treasure trove. 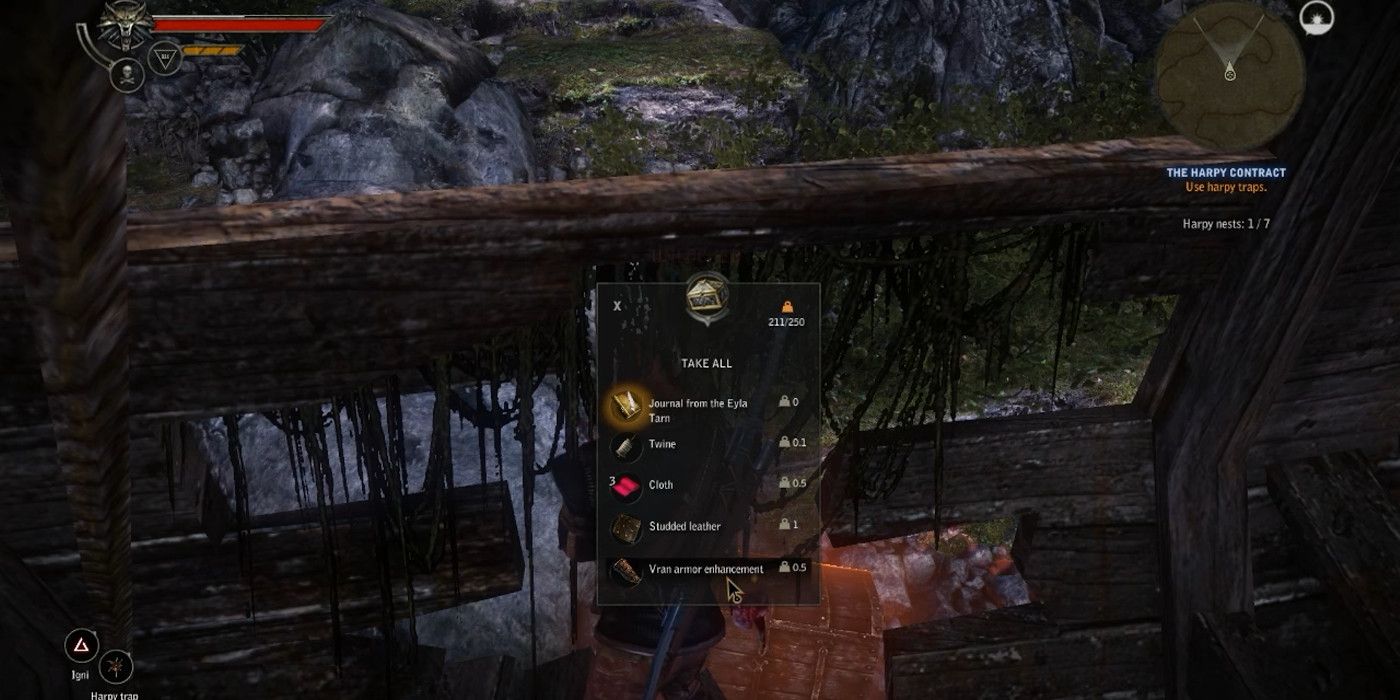 Access to the Eyla Tarn shipwreck in the ravine outside Vergen depends on what path you chose in the onslaught that took place at the Elven Ruins near Flotsam.

This time, the lootable chest can be found near the center of the wreckage. You can always use your witcher medallion to make a search easier.

The chest will contain several valuables or crafting components including the Vran armor enhancement which you could equip to any old piece of armor but don't. You'll only regret not holding off when you collect the Vran Armor Diagram in the last phase of this quest and realize you needed a certain enhancement piece to have the armor crafted. 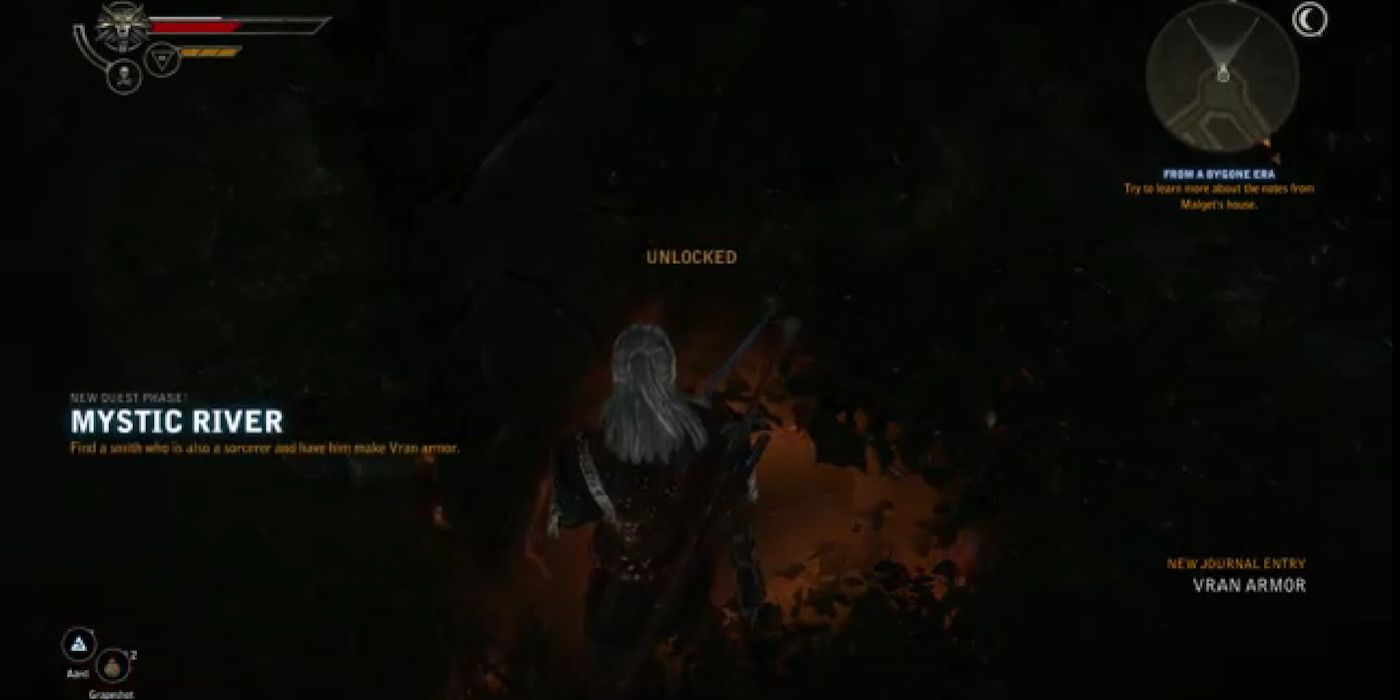 How To Find and Navigate The Loc Muinne Sewers

The third location isn't a ship wreck but a single final chest that has washed up in the Loc Muinne Sewers. The entrance you'll need to use for the final part of this Mystic Rivers quest is a metal door located off the north side of the main market place in Loc Muinne. You'll know you're in the right area if you come across the undefeated arm wrestler, The Mighty Numa. Past the metal door, the Loc Muinne Sewers lie down a set of stairs and beyond a second door.

Upon entering the sewers, if you have not undergone this phase of From A Bygone Era, there will be a brief cut scene which draws your attention to a magically transmitted face that you can interact with, but nothing will come of at this moment. Instead, head down the tunnel directly away from the face (right of where you entered) and prepare yourself for a sewer soaked monster bash against some Rottfiends and or a couple of Bullvores. Not all of these monsters have appeared for every player at the same time, but preparing for the worst is always advised.

After you've slain the monsters you'll find a chest at the end of the tunnel. Remember to use your medallion or a dose of Cat to pick out important objects in the low light of the sewer.

Once you've looted the Vran Armor Diagram the quest will advance to the final phase of the quest, finding a magically inclined smithy. Getting the Vran Armor crafted by an able crafter in Loc Muinne will bring this quest to completion and leave Geralt with a swanky new set of armor.