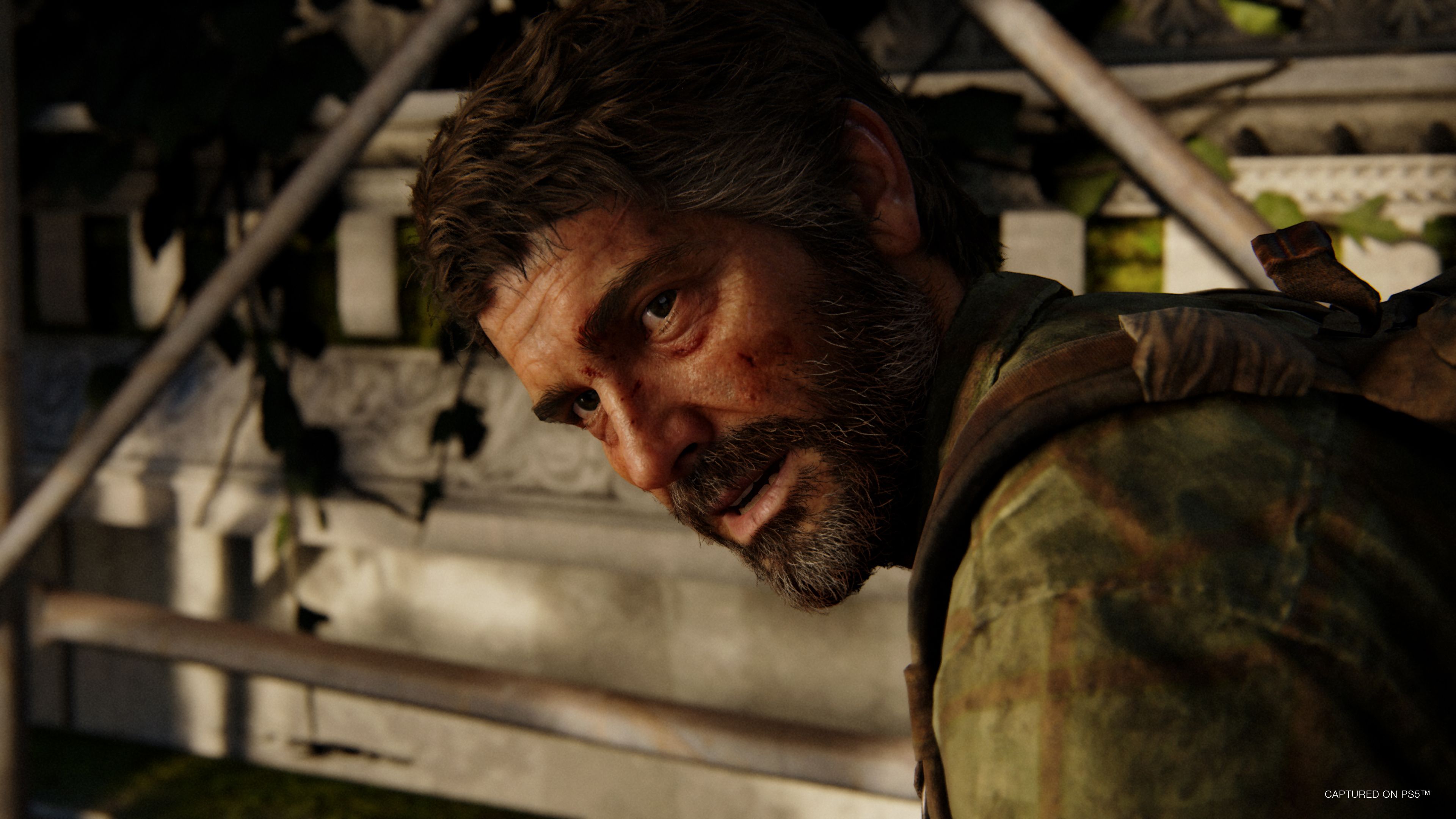 After being released on PS3 and remastered for PS4 the original The Last Of Us has been remade for PS5, but what has actually changed?

There’s only one question anyone wants answered with The Last Of Us Part 1 and that’s… why? The original is rightly regarded as a modern classic and while being nine years old makes it sound relatively ancient, it was released right at the end of the PlayStation 3 era and in terms of visuals was well ahead of its time. A year later it was remastered for the PlayStation 4, a version which many complained was overly expensive and offered no substantial improvements. And now history is repeating itself on the PlayStation 5.

Back in 2014, remasters were all the rage but now remakes are more fashionable, primarily because the difference a remaster makes from one generation to the next has become largely trivial. A remake is essentially a brand new game and that combined with the passage of time has convinced Sony to charge full price for this new version, almost doubling the cost of the game from its original release.

The Last Of Us Part 1 is not only the most expensive version of the game ever but also the most content light, since it completely removes the multiplayer element – no doubt because there’s a standalone multiplayer game coming next year. At the same time, essentially nothing has changed about the core gameplay, so since we’ve reviewed the game twice already, we’ll be focusing primarily on the remake itself.

For anyone that has not played The Last Of Us before our review of the remaster still holds true (minus the multiplayer), but in short the game is mechanically very similar to the Uncharted series, with a little less platforming and a lot more stealth. Which is to say it’s a third person action adventure with a focus on cinematic presentation and relatively simple mechanics that are very welcoming to casual gamers.

The majority of the story takes place 20 years after a zombie apocalypse, with you taking the role of embittered survivor Joel, as he’s tasked with escorting a young girl named Ellie to meet with a government resistance group called the Fireflies.

It’s implied that Joel has done many questionable things to survive over the last two decades, but a father-daughter bond quickly begins to grow between the pair, as they avoid both zombies (caused by fungal infections) and fellow survivors. The third person action is solid, but the real appeal of the game is the two central characters and the performances by Troy Baker and Ashley Johnson.

It’s not just the fact that the remake costs £70/$70 that seems so preposterous but the fact that Naughty Dog, who have only made three new, full-priced games in the last decade, should waste their time on such an unnecessary endeavour – one that could have been, and according to rumour initially was, given to someone else to handle.

There are lots of good reasons to remake a video game. Given how quickly they can age, the graphics alone can be a good enough excuse, but if a game’s as old as, say, Resident Evil 2 it inevitably also has outdated controls, interfaces, and other issues. Which is why Capcom’s remake was so warmly received, as it updated everything and yet still managed to keep the same tone and basic gameplay as the original.

Age alone isn’t the only consideration though. Sony’s own Shadow Of The Colossus and Demon’s Souls were both only a little over a decade old when they were remade but the originals had such significant performance issues that a remake made perfect sense. That was especially true as they didn’t involve taking time away from the original developers and, especially in the case of Demon’s Souls, greatly raised the profile of a game that on its original release was completely ignored by the mainstream.

None of this applies to The Last Of Us. The PlayStation 4 remaster has aged extremely gracefully and under more sensible circumstances would be used as a clear example of why remakes sometimes aren’t necessary. There are so many good reasons not to have a remake of The Last Of Us it’s genuinely difficult to answer the question of why it exists.

Of course, there’s the glib acknowledgement that it exists solely to make money, but an almost equal amount could probably have been made from a much simpler remaster. The other reason is, presumably, that this is intended as a companion to the upcoming HBO show. Although the idea that non-gamers, intrigued by the show, would’ve turned away in disgust at the PlayStation 4 era graphics (or bought a PlayStation 5 just to play it) is patently absurd.

In Naughty Dog’s mind, perhaps they felt they wanted to lessen the difference between Part 1 and Part 2 but it was never so significant that there’s any kind of visual whiplash when playing the two in quick succession. And despite everyone assuming they’d make the remake’s combat identical to Part 2 they haven’t, which isn’t a problem but it is another odd decision to add to the pile.

All the talk of improved graphics and DualSense support ignores the fact that it was the narrative journey of its characters that turned everything upside down in the sequel, not any radical change in the graphics or gameplay. That’s why the two games are so renowned, and that aspect hasn’t changed one iota in the remake.

The graphics are improved, there’s no question of that, but never to any significant degree. Like most remakes and remasters all they do is keep pace with your memories and if you’re not studying a comparison video at the time, you’d swear they hadn’t changed at all.

The backdrops and lighting are undoubtedly better, but the changes to the character models and faces are not the major leap forward that Sony and Naughty Dog seem to think they are. They’re barely any closer to being photorealistic and that largely seems to be down to the limits of the nine-year-old motion capture data and the original art style.

Joel in particular almost looks like a caricature, with his square shoulders and painterly features. The weird crab walk he does when you spin the camera also looks peculiarly awkward and old-fashioned, for what’s supposed to be a state-of-the-art remake.

It’s the world, rather than the characters, that benefits most from the upgrade, with clever details like cars where the suspension is still working as you clamber over them and the way the water moves when you wade through it. Although the bisected zombies that now crawl along the floor at you are perhaps the most impactful addition.

That and changes to how the artificial intelligence work are the closest the game gets to any fundamental gameplay changes, although, as with the graphical changes, the fact that all the enemies are now more dynamic and independent doesn’t feel notably different from the original. Ally characters have less of a tendency to creep around in plain sight, when they’re supposed to be hiding, though, which was a common problem with the original.

There are new features but they’re tiny things like a speedrun mode, concept art, and unlockable skins and gameplay modifiers. You also get the admirable range of new accessibility options from Part 2. And yet, strangely, the main menu shows selections in an almost imperceptibly different shade of white – which makes getting to the menu, to change the menu, peculiarly difficult.

Given that the PlayStation 4 remaster is still easily available for a fraction of the price (it’s also free with PS Plus Premium) it’s very hard to justify The Last Of Us Part 1 as a sensible alternative. That doesn’t mean the underlining game isn’t still good, it’s just this ludicrously expensive way of playing it is one only for superfans and the idle rich.

Incredibly, the Digital Deluxe Edition is even more expensive, at an eye-watering £80/$80, and yet it also includes absolutely nothing new, just early unlocks for things like explosive arrows and weapon skins. A fact we still can’t believe, as we double-checked the listing multiple times, convinced we must’ve missed something.

The far more interesting question than why this remake exists is whether The Last Of Us itself still deserves its classic status, since it’s not just graphics and gameplay that can lose their lustre over time but the underlying design.

What might be surprising to those that haven’t played the game before, is that the plot is deceptively workmanlike. The set-up is that of a bog standard zombie post-apocalypse and a lot of the middle section of the game can be very generic, elevated only by Naughty Dog’s cinematic presentation and the excellent performances of the actors.

Where the game excels is at the beginning and the end, when the story is at its most unpredictable, with the finale raising all sorts of interesting questions about the empathy, grief, and the selfishness of familial love. Whatever faults you might find with the game, its narrative highs are exceptional and it’s still only its sequel which can claim to equal the emotional impact and sheer craft of its storytelling.

This doesn’t come without cost though, both literally and figuratively. While the finale revolves around a single, vital decision, you have no control over it at all. Naughty Dog stories are never interactive and, especially with the HBO show coming up, there’s an important discussion to be had as to whether The Last Of Us actually gains anything from being a video game, rather than a movie or TV show.

You could say that the level of immersion is greater by being a game, and that by virtue of this remake having better graphics that is increased, but that’s really the only argument in its favour. This is clearly the definitive version of The Last Of Us, and yet the changes are so trivial it’s hard to recommend to anyone.

The Last Of Us Part 1 remake review summary

In Short: A completely pointless remake of one of the best games of the last decade, except with only half the content and at double the price.

Pros: One of the best linear narratives ever in a video game, with superb performances and incredible presentation. Solid, if unremarkable, action. Excellent graphics, even if at first glance they don’t seem to have changed much.

Cons: Unreasonably expensive. No multiplayer mode and no new content. The graphical changes are more impressive on a technical level than an artistic one and make little difference.