The Hunter Is Midnight Suns’ Antidote To The MCU

In Midnight Suns, you play as a character known as The Hunter. This is their real name as opposed to just a hero persona, and to the game’s credit it does not make the typical MCU name joke about it. In fact, there’s quite a lot of lessons and pitfalls from the MCU that Midnight Suns, and in particular The Hunter, appears to have learned. As a wholly original character, The Hunter best represents Midnight Suns’ successes, and how it is able to stand on its own against the weight of the Marvel Cinematic Universe.

Creating The Hunter was a major risk for the game. There is almost a century’s worth of Marvel characters to call upon, and the rest of the cast is a good mix of A-listers, B-listers, and wildcards. There’s a real sense that you are playing as a team here, with side quests able to be completed by squads of three without even taking The Hunter themselves. Having you play as, say, Cyclops ruins that. Even as a character a rung down from Spider-Man and Captain America, playing as an established hero makes it their game. The Hunter changes that.

The Hunter also arrives without pressure. There’s nothing to live up to here. But that alone is not enough. While Kamala Khan existed in the comics, she led the Marvel’s Avengers game ahead of her MCU debut, and was easily the game’s best character. The rest of the cast were like bad photocopies, the toner too dark in places, the ink too light in others, with black sprays across the paper from dirt on the glass. They were knock-off action figures, unofficial waxworks, children’s drawings. A copy, but not really. 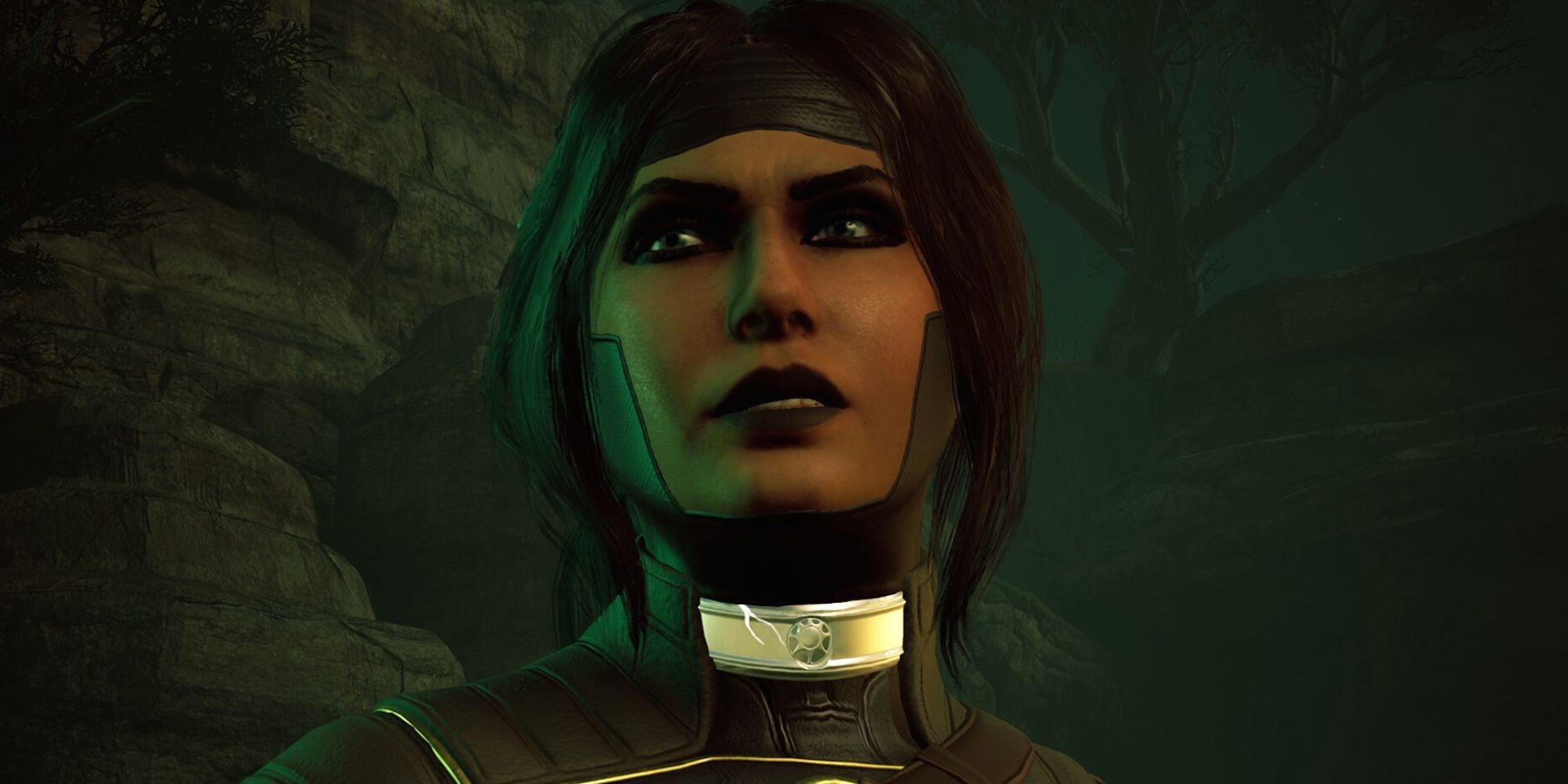 Midnight Suns mixes inspirations from everywhere. There’s very little of Anya Taylor-Joy’s Magik or Lyrica Okano’s Nico Minoru, but Iron Man has a lot of RDJ. It’s different from Avengers, though, in that it’s less of an RDJ impression and more a similar interpretation of the source material. Meanwhile, Cap’s MCU wit is sanded off, making him a little more dull but a better character for the mix overall. Yuri Lowenthal is back as Spider-Man from the PlayStation exclusive too, adding another layer to the game’s characterisation.

The Hunter is proof that the game is more than the MCU. There was a danger that the MCU would become the defining superhero medium going forward – the films are far more profitable, popular, and recognisable than comic books amongst modern audiences. But we’re seeing video games rally against that. Midnight Suns is not alone in this (Miles Morales and the upcoming Wolverine and Skydance games are all free from Feige), but in inventing an entirely new character, it’s a bold commitment to telling its own story. 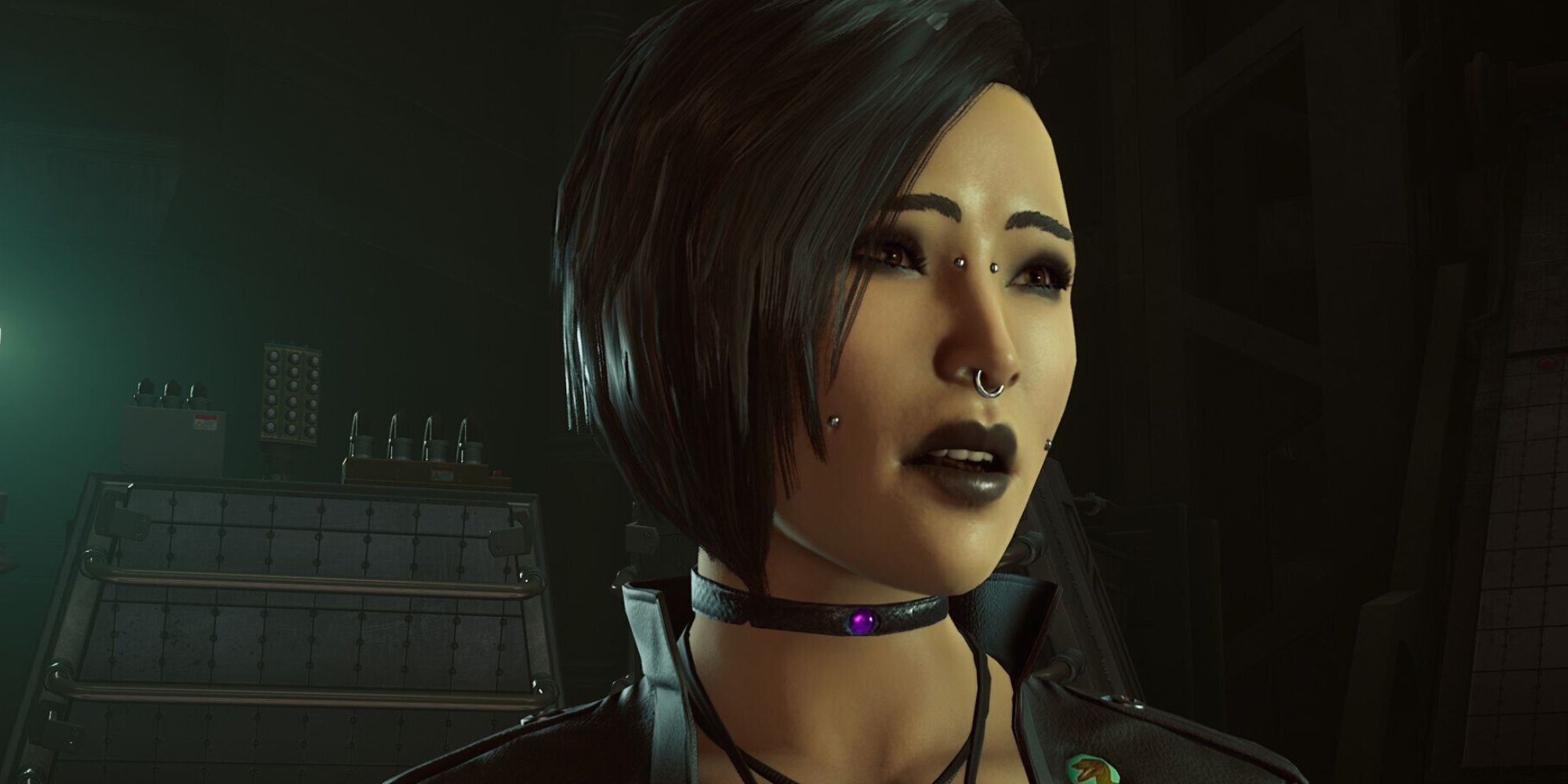 The Hunter is who you make of them, with customisable powers and a surprisingly intuitive morality system that asks you to hold a balance, rather than committing to being ‘light’ or ‘dark’. The control the game offers to you, both in designing the character and in shaping who they are as a hero, is a welcome change from the cosplay other superhero games can feel like.

Midnight Suns also learns from the constant comedy of the MCU and takes time to distinguish its characters. Too many of the leading lights of Marvel’s movies are similarly wise cracking reluctant, occasionally goofy heroes, and the personalities that existed on ink and paper are lost. Midnight Suns takes care to establish each hero on their own, and adds a sense of player agency with The Hunter.

In creating The Hunter, Midnight Suns has created a new way to tell a superhero story. The tale unfolds before us naturally, rather than letting us hit the biggest beats of iconic comic book arcs or replaying clashes from the silver screen. For many reasons, Midnight Suns is one of the greatest superhero games ever, but one of the main reasons is it’s not about a superhero at all – it’s about you.