The Getaway Makes Grand Theft Auto Look Like A Cartoon

When The Getaway launched in 2002, Sony made a big deal out of its extreme realism. Developer Team Soho's depiction of London, it claimed, was accurate 'down to the cracks in the pavement', and it did away with all the familiar trappings of a video game. Instead of an old-fashioned health bar, gangster protagonist Mark Hammond would slow down and limp when he was close to death—and leaning against a wall would gradually restore his strength. On the road, blinking indicator lights on your car told you when to take a turn, not a flashing arrow or a GPS line on a minimap. This was ultimately all a gimmick designed to make a pretty basic third-person shooter seem more interesting than it actually was, but it was an effective one. The Getaway was a clunky, frustrating, and incredibly self-indulgent game, but there was something deeply compelling about it.

This explorable chunk of London isn't quite the 1:1 replica the marketing promised, but it's still impressive. In most open world games—especially of the criminal variety—the world is vibrant, exaggerated, and stylised for dramatic effect. But The Getaway's map is understated, bleak, and surprisingly true to life. If you know London, it's accurate enough to navigate without a map. Even the shops are real. If you're from the UK, it's surreal driving around a video game city and seeing blandly familiar high street staples like The Body Shop, Pret A Manger, and Caffè Nero. The Getaway's London feels like a real city, not a caricature of one, which makes the moments where violence explodes on its streets hit harder. There's a cold, nihilistic brutality to the game's shootouts and car chases that makes Grand Theft Auto seem like a Saturday morning cartoon in comparison. 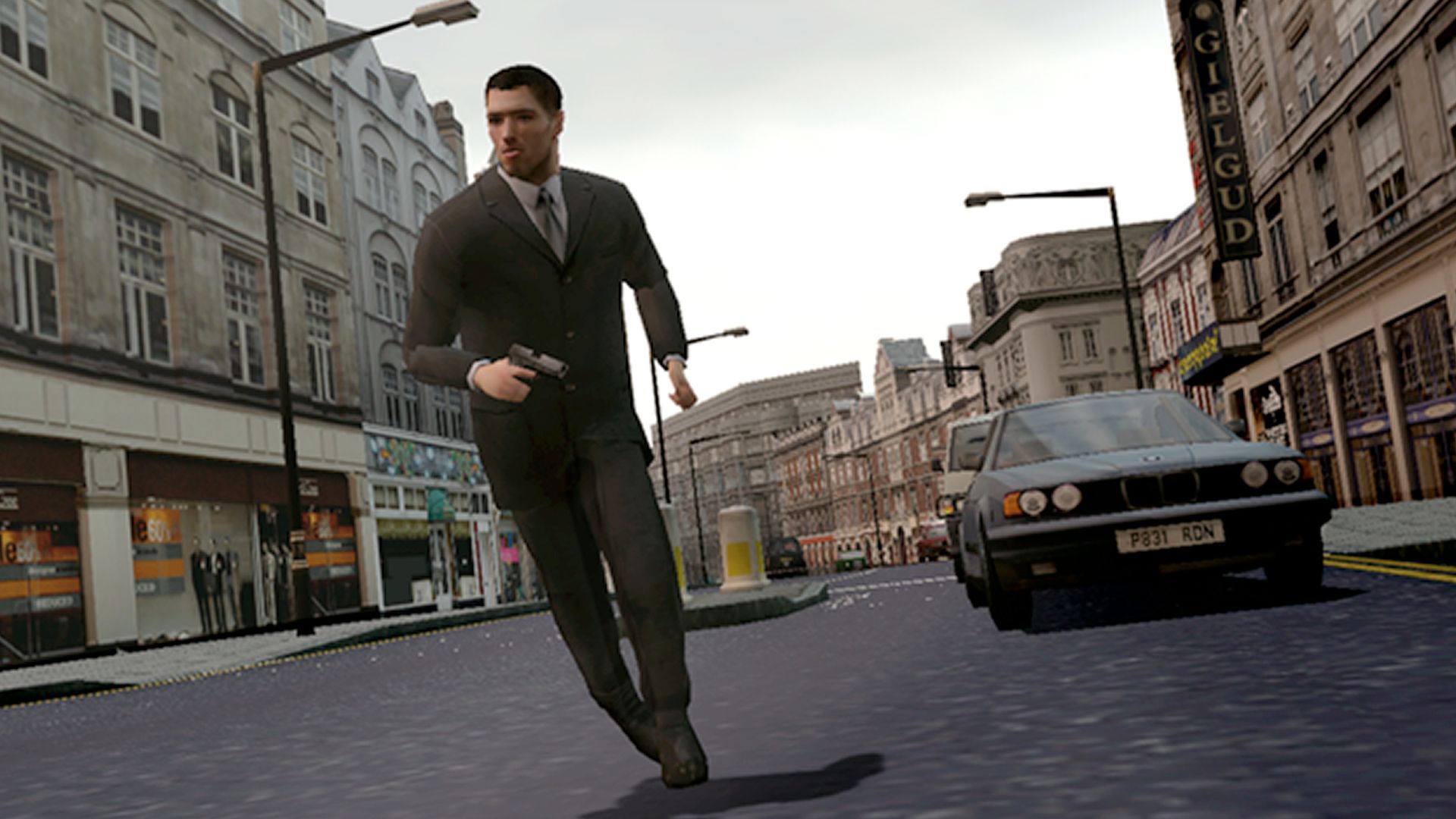 GTA has plenty of violence, death, and destruction, but it never quite rings true. There's a slightly comic quality to it. A sense that the chaos you're causing is safely separate from reality. But when I'm blowing people away in The Getaway, there's a horrifying, visceral fidelity to it—deepened by the flat, grounded realism of the world. This peaks in the mission Filthy Business, where Hammond disguises himself as a telecoms engineer, infiltrates a police station, and embarks on a bloody slaughter that is so unbelievably violent, I can't believe it made it into the finished game. As an alarm shrieks, Hammond lumbers through the station's narrow corridors calmly blowing cops away and painting the walls red with their blood. There's no theatre to it: it's just a straight-up massacre, presented so matter-of-factly it makes you feel dirty for taking part in it.

The Getaway is often accused of being a rip-off of Guy Ritchie's cockney gangster movies, but that's not strictly true. While the dialogue and characters do owe a lot to the likes of Snatch and Lock, Stock, and Two Smoking Barrels, Ritchie's films are basically comedies. There's as much dry humour as there is stylish gangland violence, yet The Getaway has almost none of the former. It's a self-serious, relentlessly miserable game, with a narrative that sends Hammond deeper and deeper into a moral abyss as he searches for his kidnapped son, leaving oceans of blood in his wake. GTA actually has more in common with Guy Ritchie's oeuvre, with its eccentric characters, colourful dialogue, and occasional forays into slapstick comedy. In general, The Getaway is too busy trying desperately to be taken seriously as 'mature' entertainment to waste time with jokes. 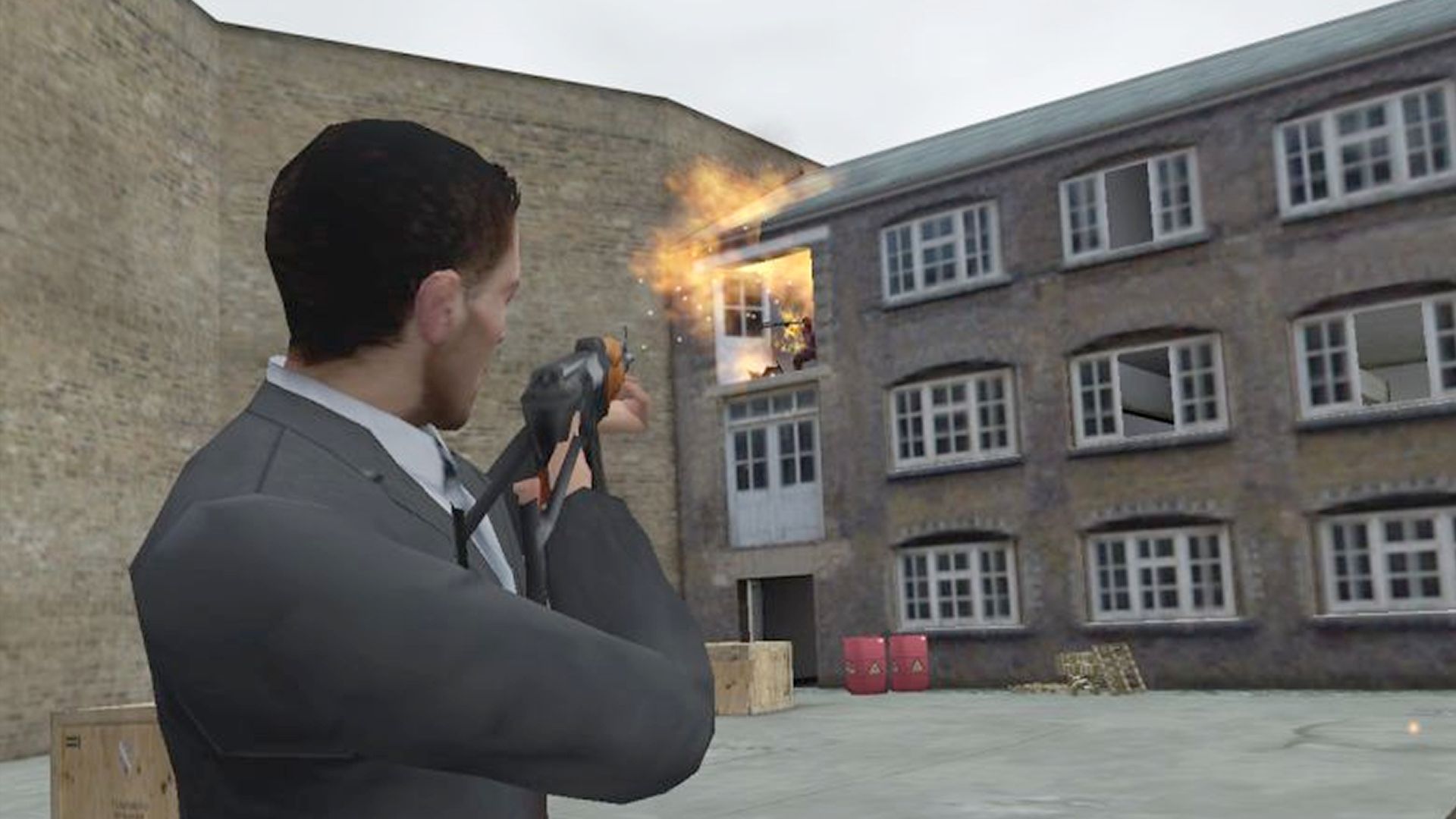 I love how grey The Getaway is too—and I don't just mean morally. The subdued colour palette is a huge part of what makes its setting so convincing. No attempt was made to amplify the colours to make the city more visually striking or cinematic. London is faithfully depicted as it really is on a dreary, overcast day, as if someone has dragged Photoshop's saturation slider all the way to the left. GTA cities always have a distinctive visual personality, usually heavily informed by colour. Think of the sickly green tinge of GTA 3 or the autumnal hues of GTA 4, then look at The Getaway. Its aesthetic is so muted that it almost feels like the developers forgot to enable the post-processing before shipping. This should result in a boring looking game, but it gives The Getaway a grimy authenticity that I don't think any other video game has come close to matching since.

The Getaway is a sluggish, overly difficult (especially that ship mission at the end), and awkward shooter. It also spectacularly failed to live up to the hype that was built up around it, as these self-consciously 'groundbreaking' games often do. But I still have a soft spot for it, glaring flaws and all. Grand Theft Auto games like to present themselves as gritty underworld crime stories, but they're about as edgy as a deflated beach ball compared to The Getaway's gruesome gauntlet through the claret-soaked back alleys of the Big Smoke. Obviously Rockstar's games are vastly superior in pretty much every respect, but I still admire Team Soho for showing us the ugly side of crime in such a stark, unvarnished way. Mark Hammond shooting up that police station is still wedged in my brain as one of the most stunningly violent things I've ever seen or done in a video game.