High Isle is a major addition to the already expansive MMO that is The Elder Scrolls Online. There are new activities to discover throughout both of the new zone's islands, and even powerful item sets to collect. For example, two new Public Dungeons exist thanks to High Isle, but the most mysterious of them is Ghost Haven Bay.

Dozens of enemies lurk inside Ghost Haven Bay, waiting for you to come and challenge them. Like other Public Dungeons, Ghost Haven Bay is full of interesting and rewarding activities for you to complete, including the "Buried At The Bay" quest, so there are many unique things to experience inside this location.

Where To Find Ghost Haven Bay 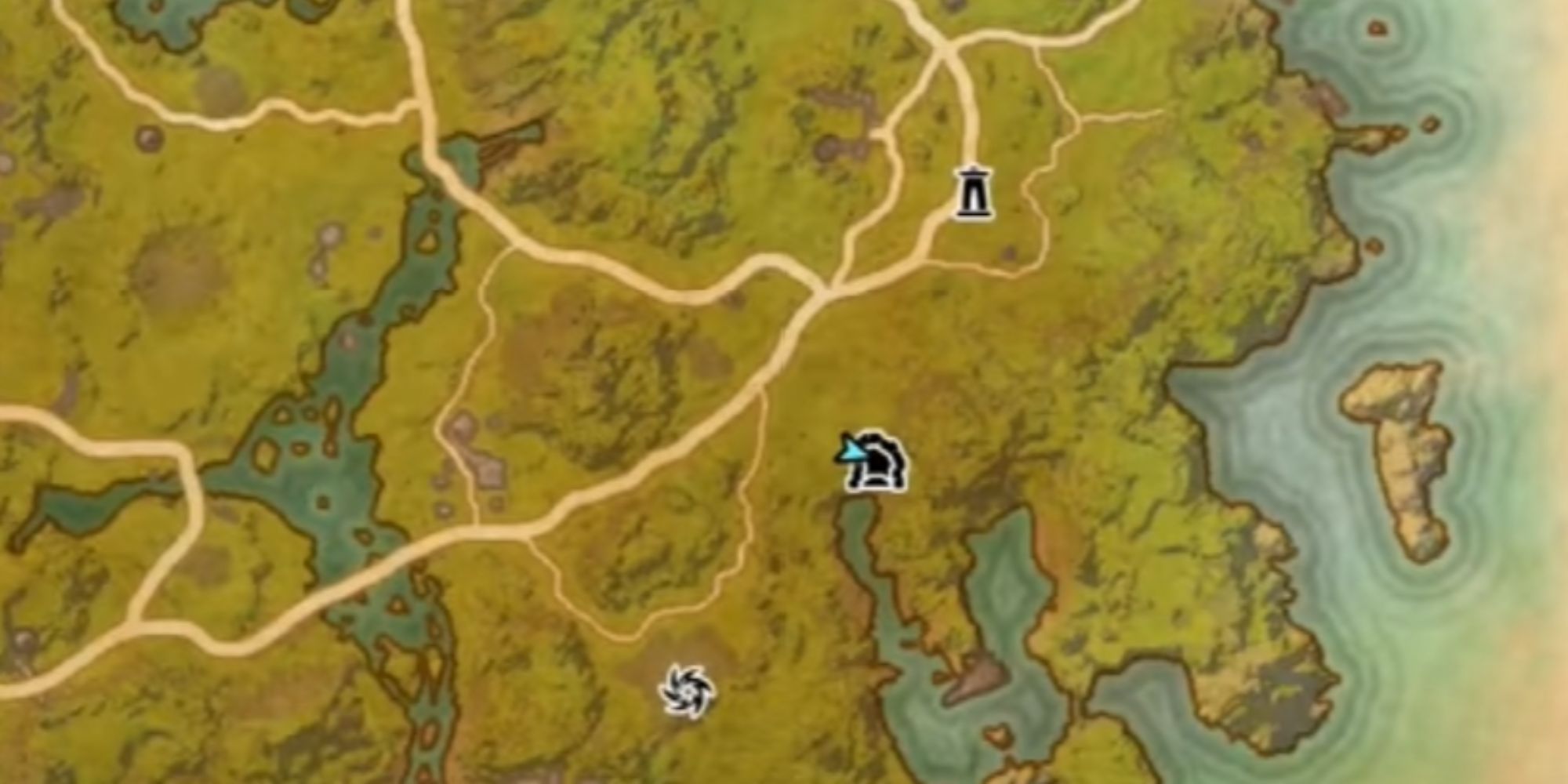 Ghost Haven Bay is on the south-eastern side of High Isle's smaller island, on the eastern section of the zone map. You can enter Ghost Haven Bay through a door that's carved into a boulder. There aren't any enemies directly guarding the entrance, but you can speak to Ilyes Maul nearby the door to start the "Buried At The Bay" side quest, which you can find a walkthrough for below.

Buried At The Bay Walkthrough 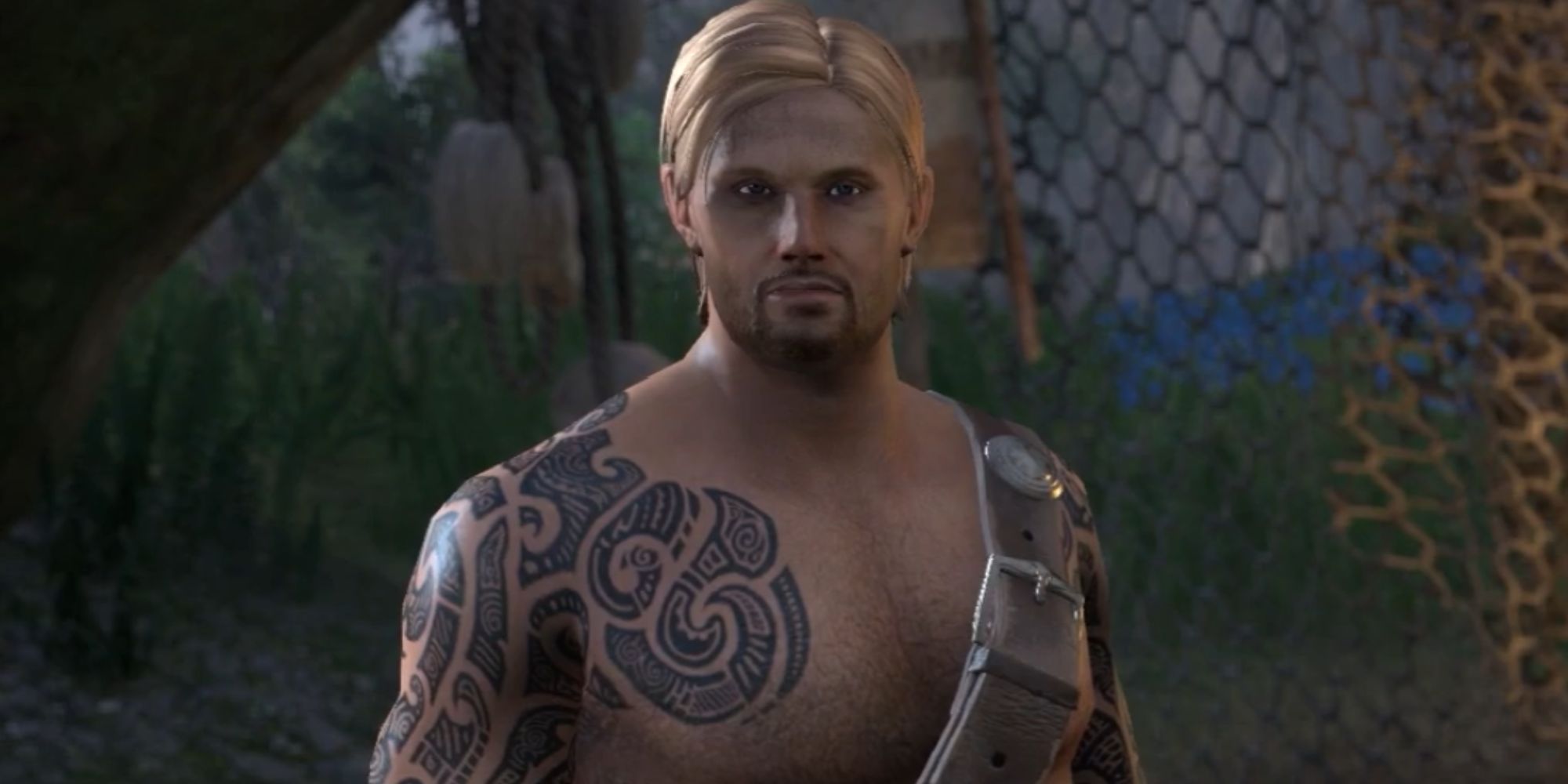 After you speak to Ilyes Maul outside Ghost Haven Bay's main door, enter the dungeon, and you'll immediately see a giant cave system with ships lying around the ground. There are circular objectives at the far south and north corners of the map.

There are three primary objectives here that you need to complete in this quest, which will all pop up on your map via quest markers. Right now you should focus on searching for clues, which you can do by following your quest marker toward the north and south objectives, then reading the Vanisande Maul's Cutlass and the Waterlogged Journal Of Vanisande Maul books. 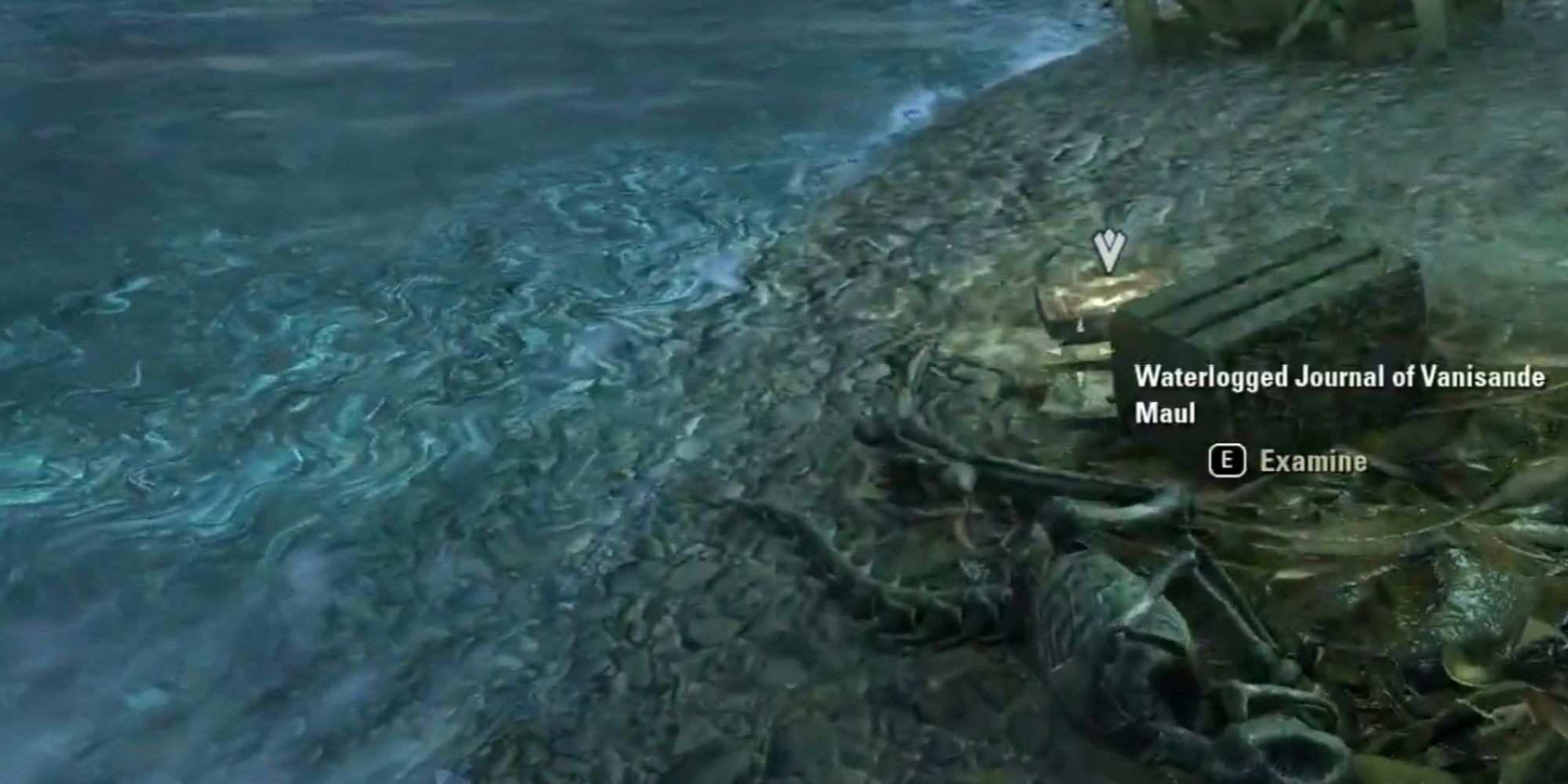 After you find clues via the circular quest marker, then speak to Ilyes and inform him of the information you learned, which will include one of his ancestor's stories. There's a nearby tunnel called the Covert Canyons that Ilyes will suggest you investigate, so follow your quest marker toward it and enter. After investigating an old camp directly north of the tunnel's entrance, a ghost will appear, and you can speak to her. 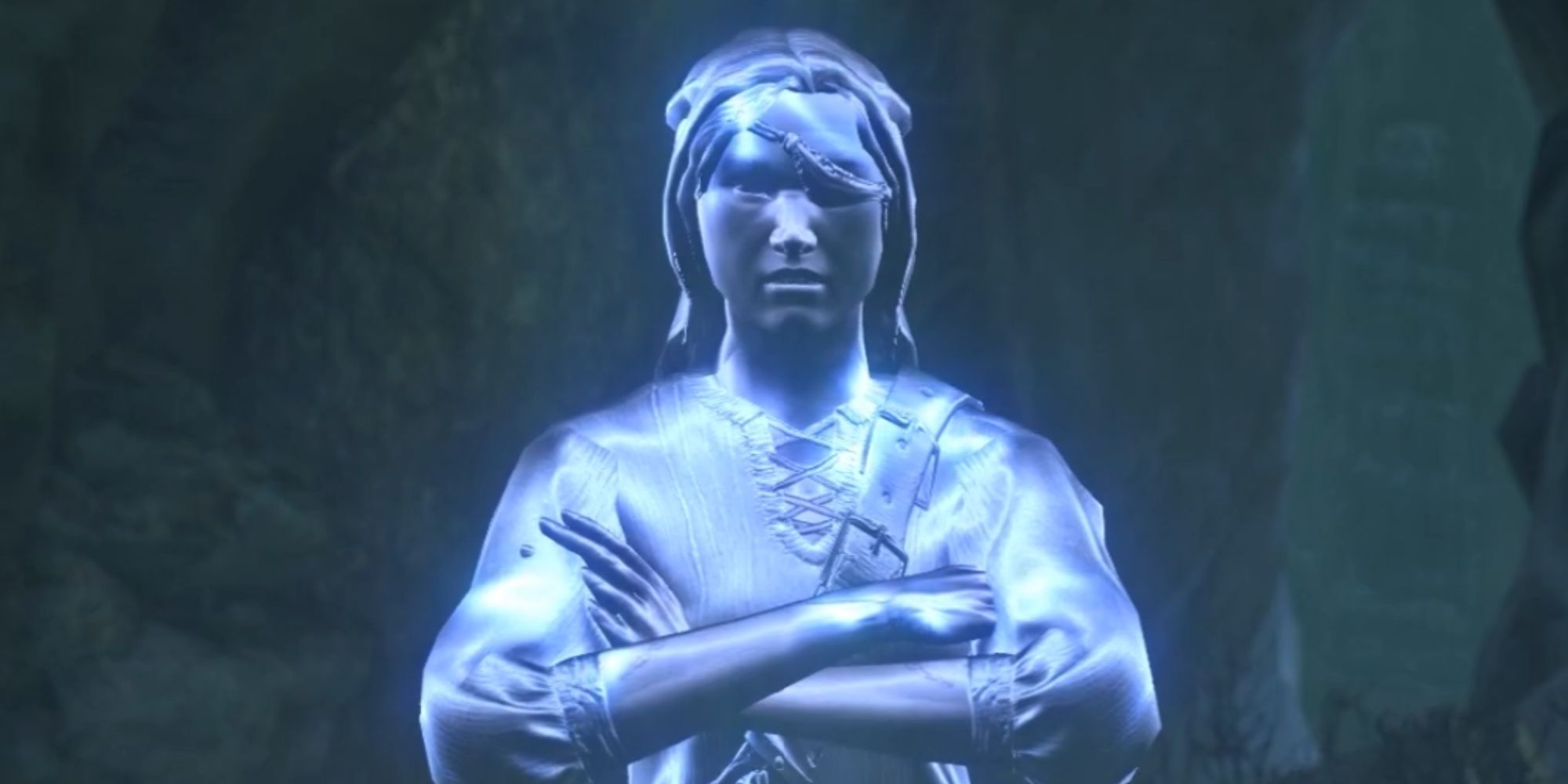 The ghost will explain that she is Vanisande Maul, Ilyes's ancestor. She'll also explain that the ghosts in Ghost Haven Bay live forever in this realm against their will. Travel northeast through the tunnel, then south to find three nearby books via the quest marker. The books are called The Commodore's Diary, Dour Lady's Captain Log, and the Debonair's Captain Log.

There are bosses within the Collapsed Caverns, but you can avoid them by walking past them, as they aren't a part of the Buried At The Bay quest.

These books will reveal more information about the secretive ritual, so speak to Ilyes, and he'll agree that you need to destroy the Deep Druid Idols inside Ghost Haven Bay, which are found all throughout the cave system and have quest markers noting their locations. There's a Deep Druid Idol in the far north section, the middle cavern, and the southern room of the Collapsed Caverns. 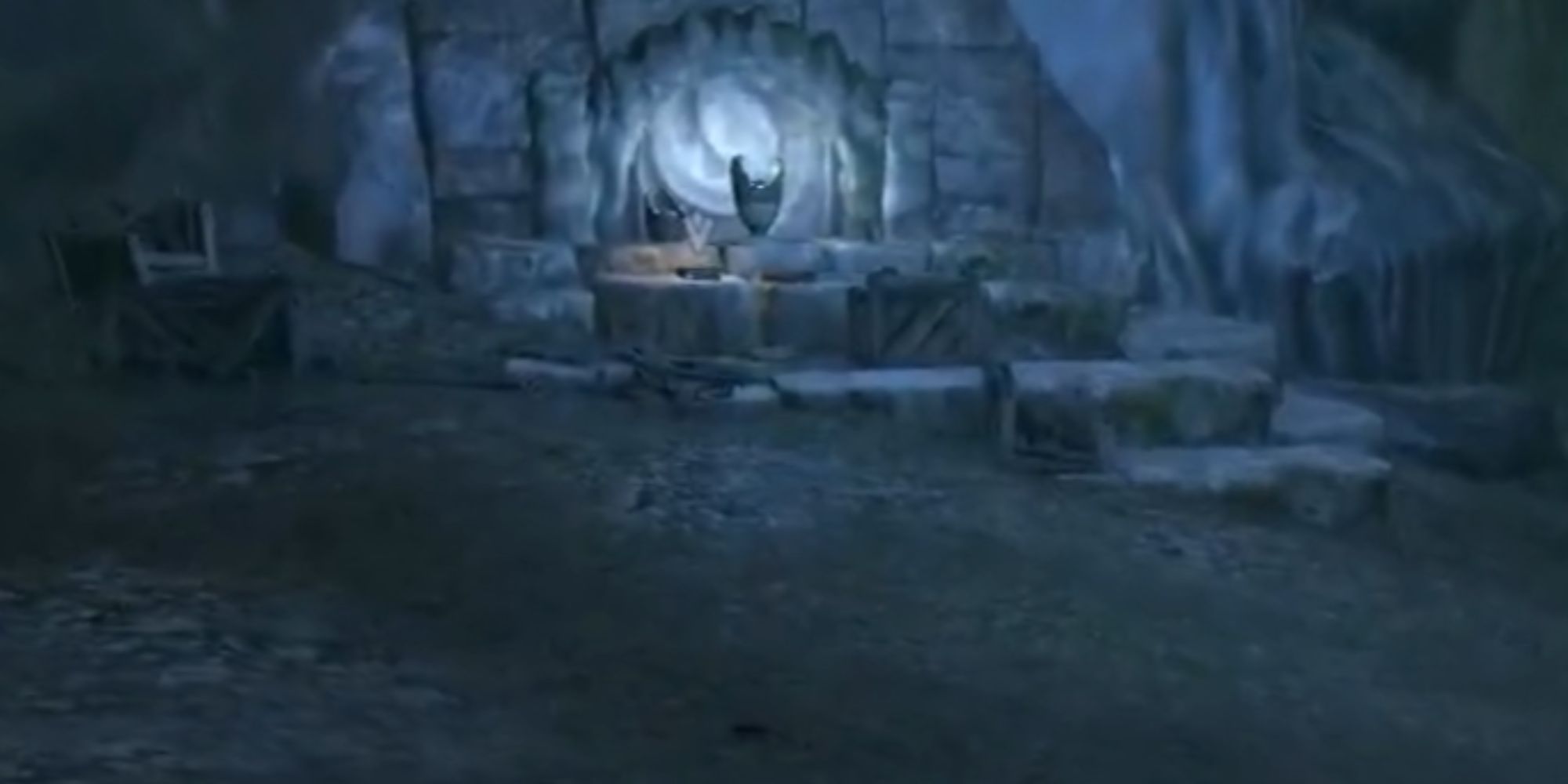 Now you have to destroy the Barnacle Encrusted Tome that caused the ghost's curse. A quest marker will point you toward its altar in the large eastern room of the Collapsed Caverns, and you can burn the tome by interacting with it.

You can now speak to the ghost of Vanisande Maul once more, although this conversation is optional. To continue, speak to Ilyes, and after the brief chat, the two of you need to exit Ghost Haven Bay and speak for the final time, concluding the "Buried At The Bay" quest and unlocking the Ghost Haven Caravel memento. 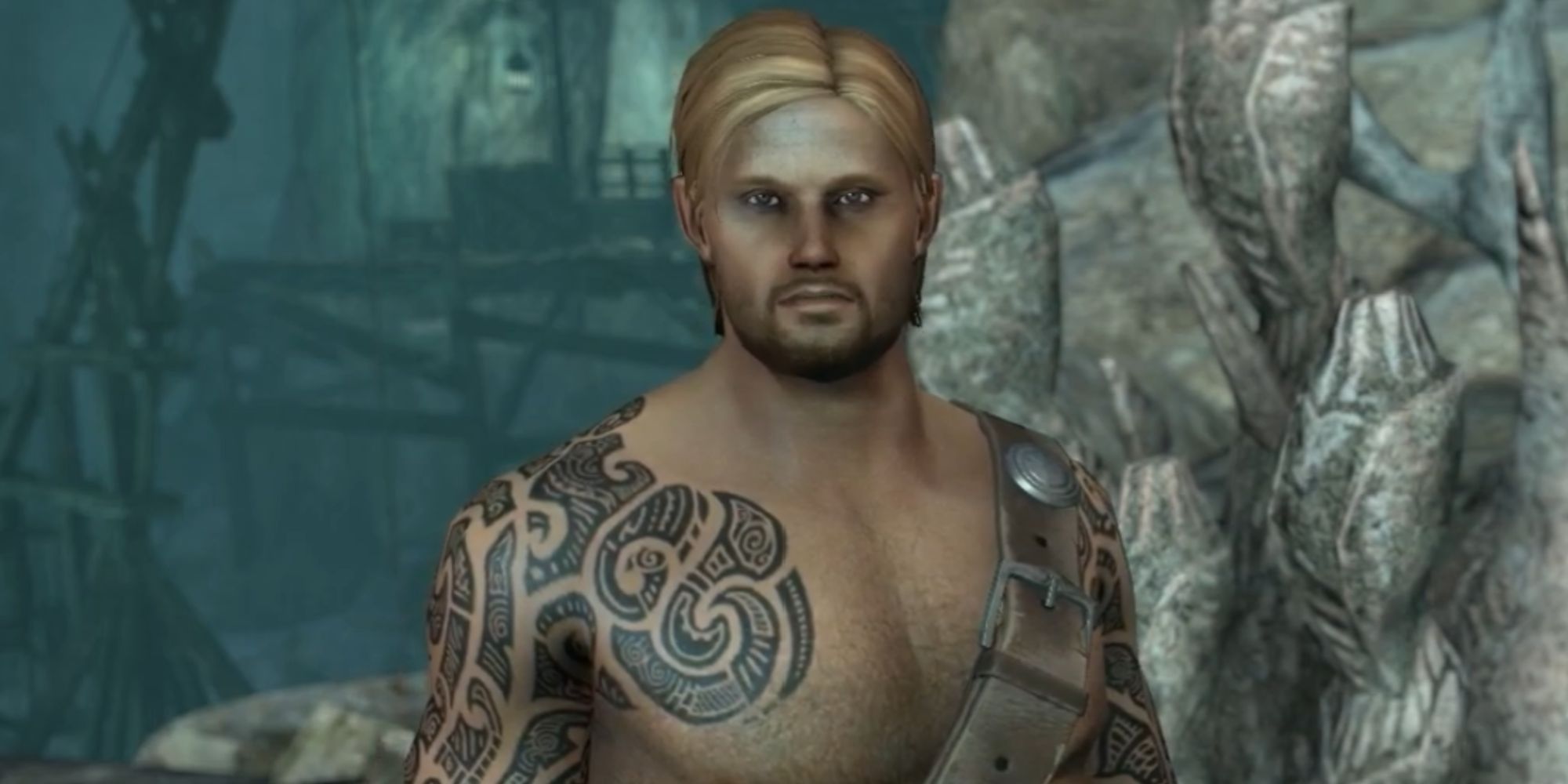 Where To Find Every Boss Inside Ghost Haven Bay 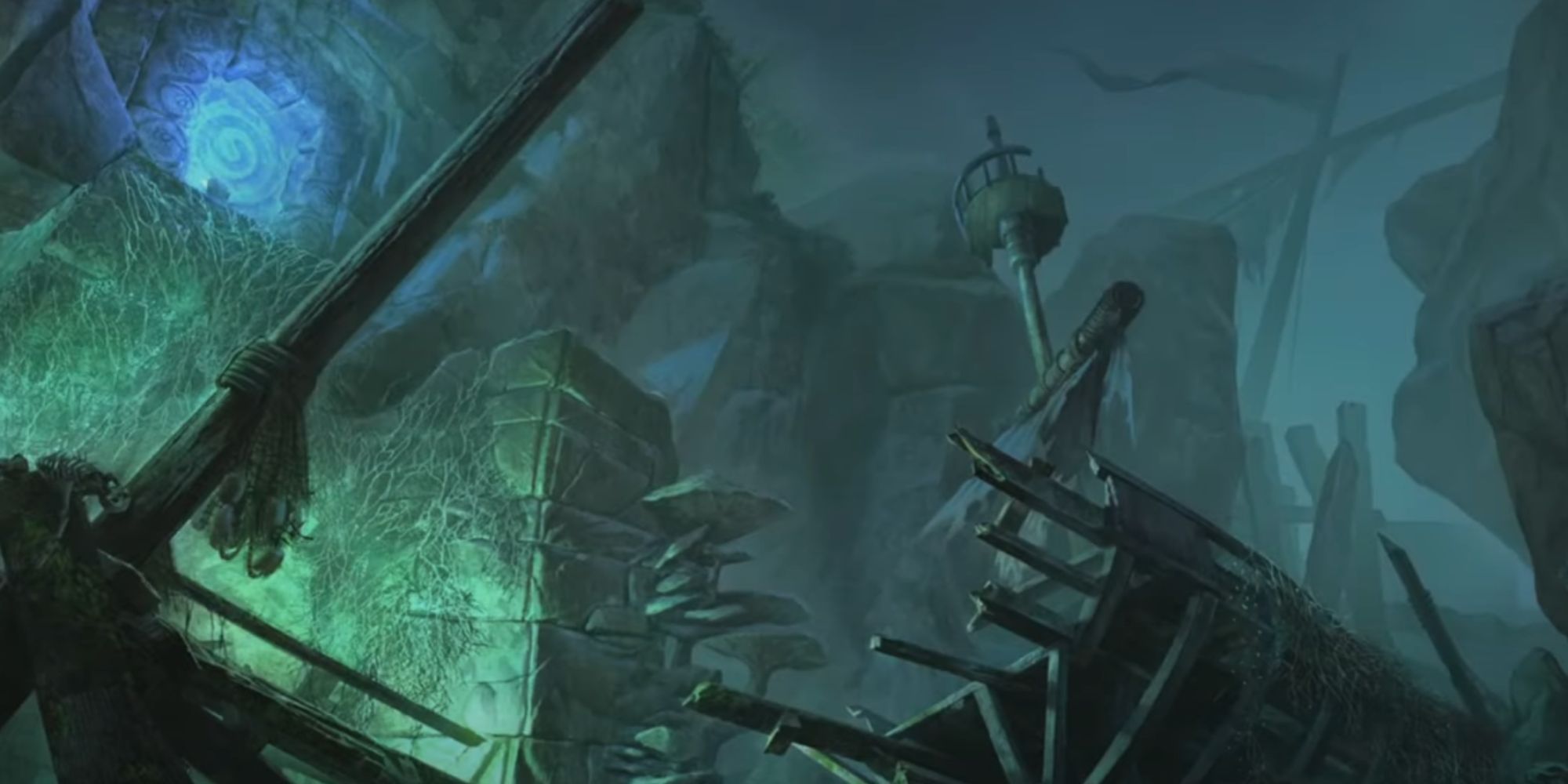 There are six bosses in total inside Ghost Haven Bay's interior. With the exception of the Hadolid Broodmother, which is close in strength to a world boss, the other bosses aren't much stronger than regular enemies and serve more of a mini-boss role due to their lower health. As such, you can defeat most of the bosses below by yourself.

Other than achievements, which you can learn about below, the primary reward you earn by defeating the bosses inside Ghost Haven Bay are set pieces. Weapons, along with shoulder and hand pieces, can drop into three different item sets. The sets you can earn are from the High Isle zone, and they include the Steadfast's Mettle, Systres' Scowl, and the Blessing Of High Isle item sets. 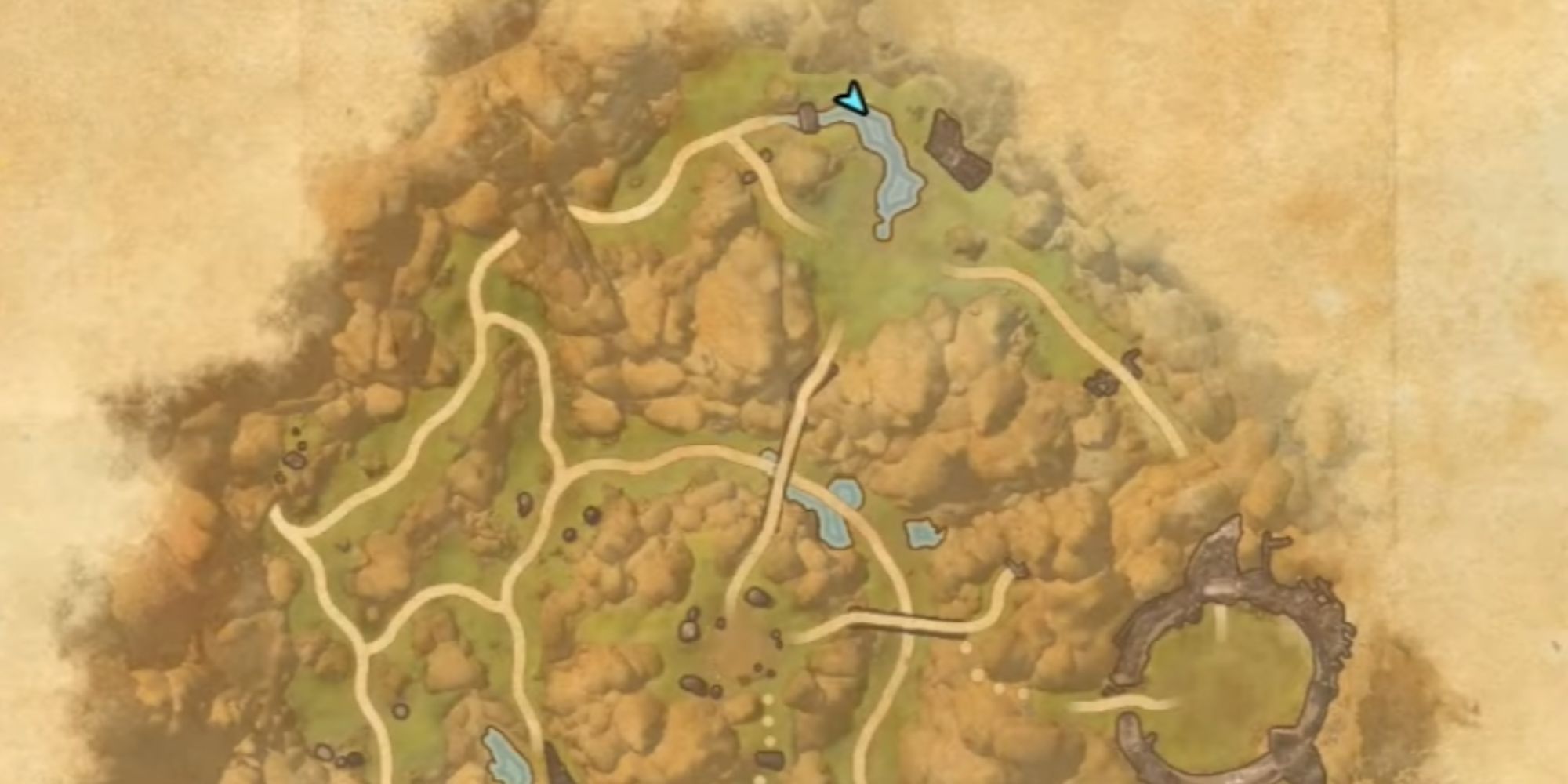 Razor Fangs can damage you using a ram attack, so you need to watch out for that while nearby the boss. You'll also have to deal with a lot of poison attacks during this fight, including a poisonous geyser and a poison area-of-effect attack. You'll find Razor Fangs in the northern section of Ghost Haven Bay's primary room. 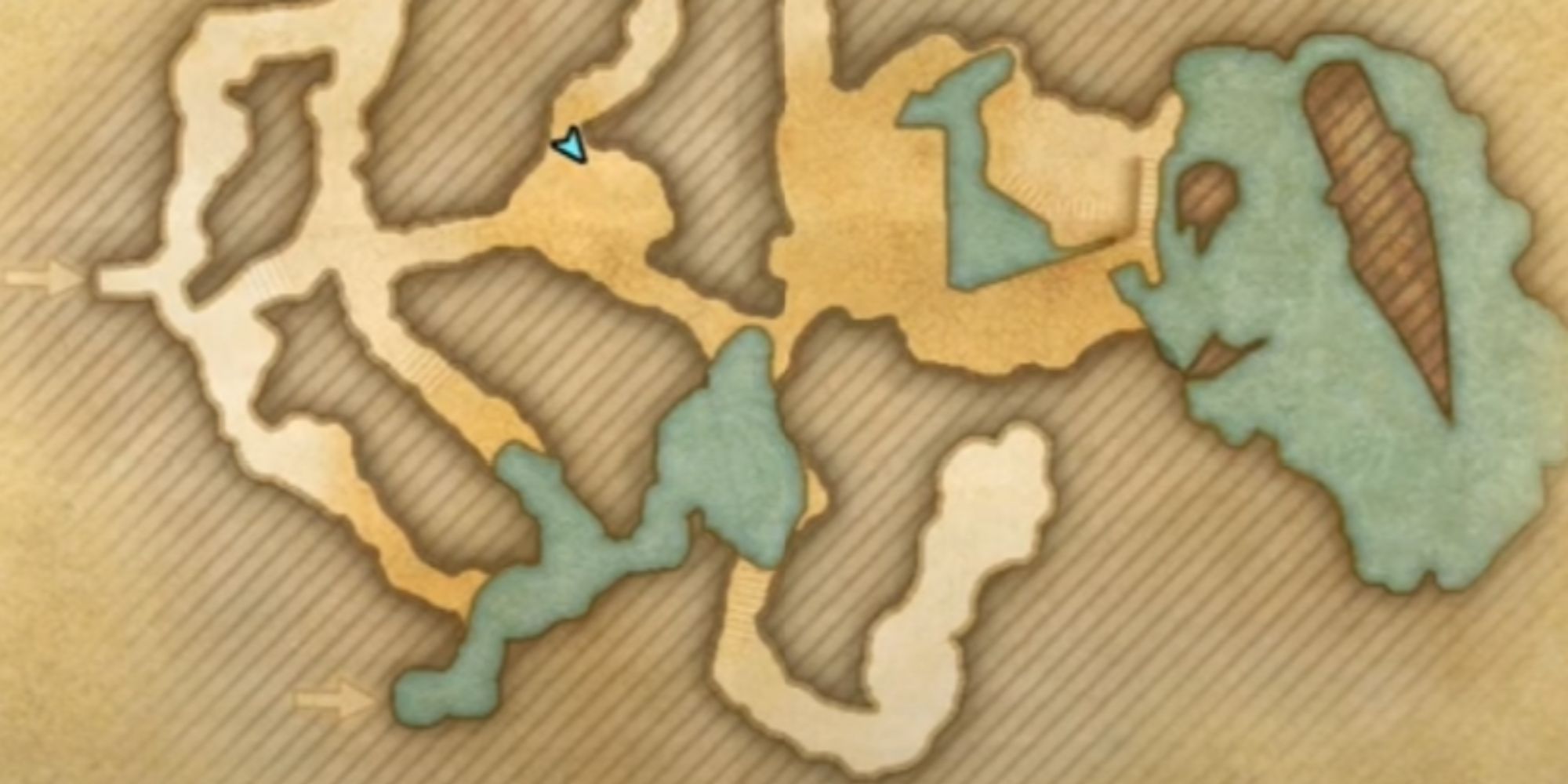 Captain Marley is an electrifying enemy. The captain can hit you with a charge attack, in addition to spawning multiple pillars that deal shock damage. Captain Marley resides in the middle of the Collapsed Caverns. 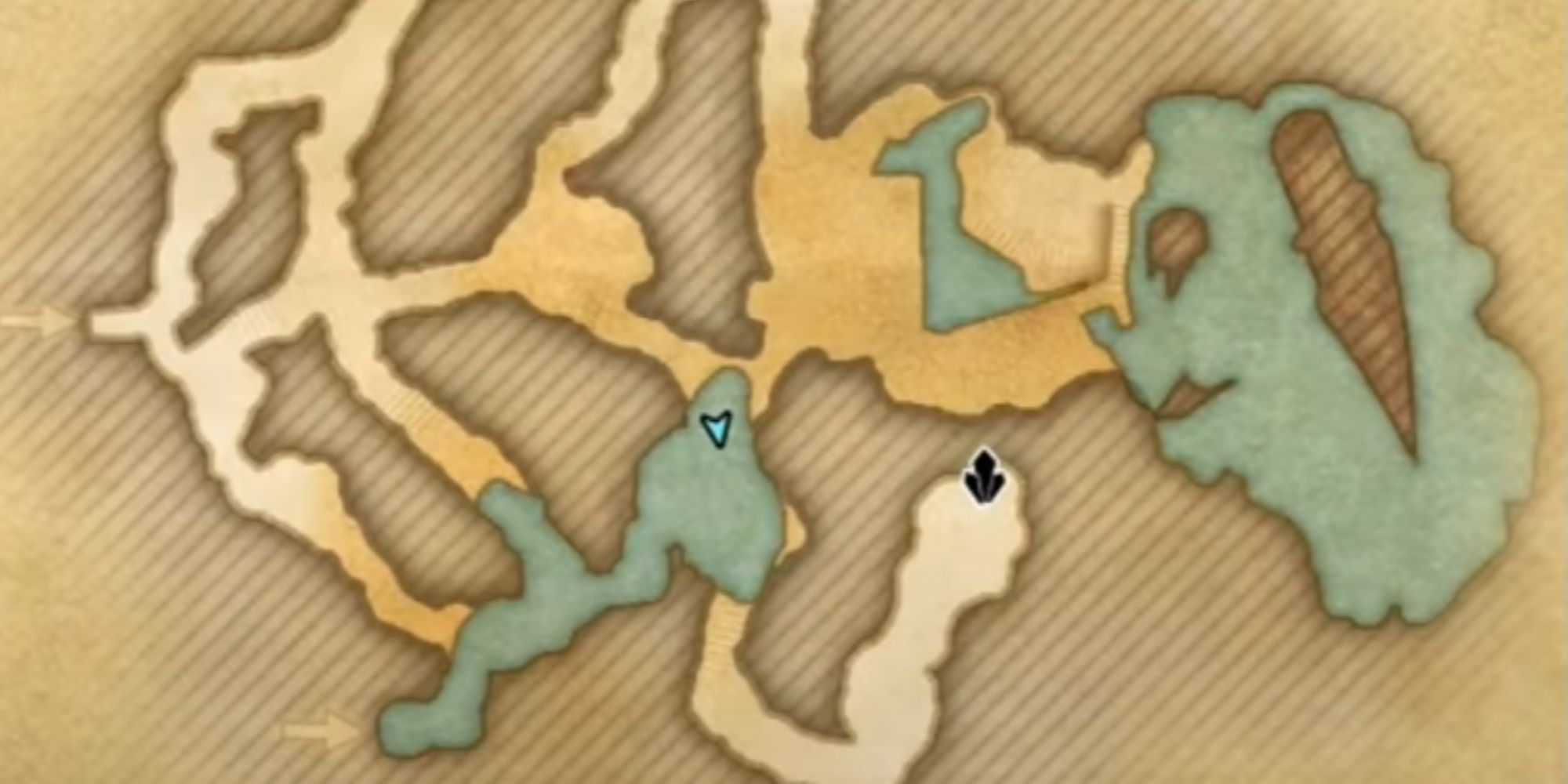 Captain Tuvacca has a heavy attack, but as long as you aren't too close to this boss and can roll dodge in time, it's easy to avoid. The primary threat in this battle is the fire pillar, which gives Captain Tuvacca a shield until you defeat the pillar, along with dealing damage to you. Captain Tuvacca is inside the Collapsed Caverns on the southern side. 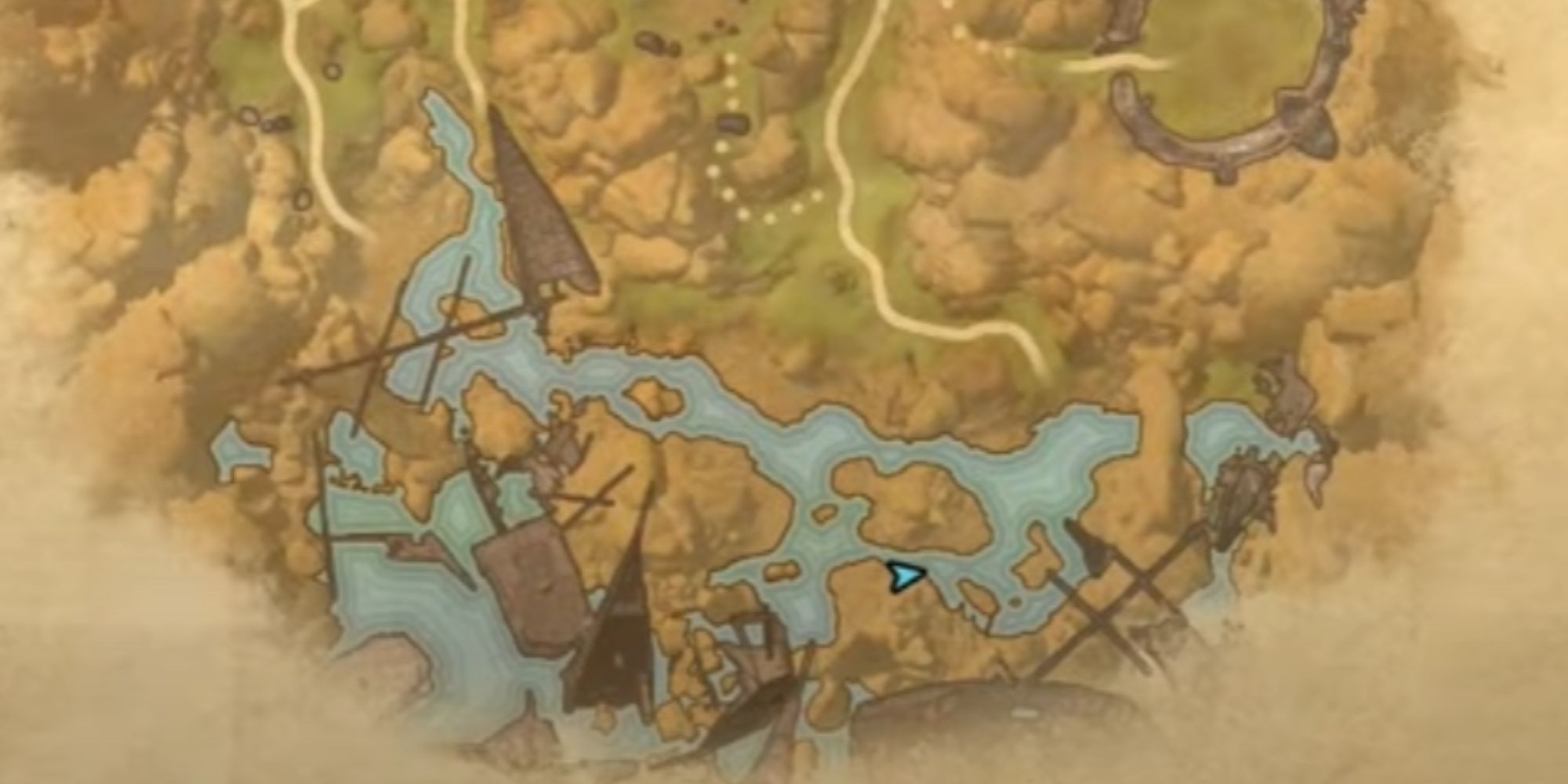 Captain Altair can hit you with a variety of up-close melee attacks, and even has a jump attack, so you'll need to prepare to roll dodge them when you're about to get hit. There's also an orb that deals shock damage active during the fight, but it doesn't deal too much damage, so dodging the melee attacks is your priority. The south-eastern section of Ghost Haven Bay is where you'll find Captain Altair. 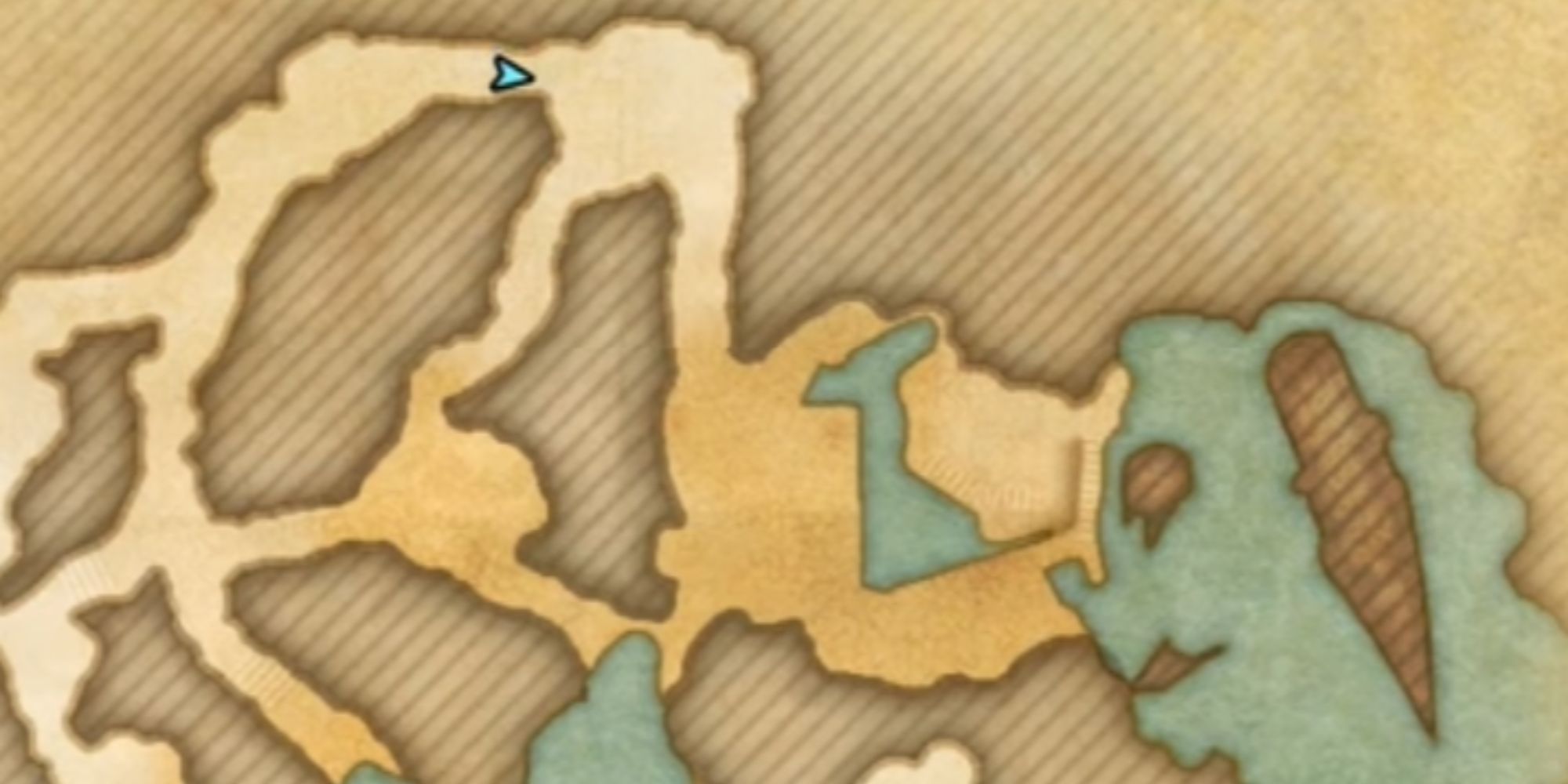 Captain Fauvette is the most dangerous mini-boss inside Ghost Haven Bay because of their powerful stun attack, which also deals damage. Even more difficult, you'll have to avoid enemies that explode during your battle with Captain Fauvette. You can find Captain Fauvette by traveling to the northern part of the Collapsed Caverns. 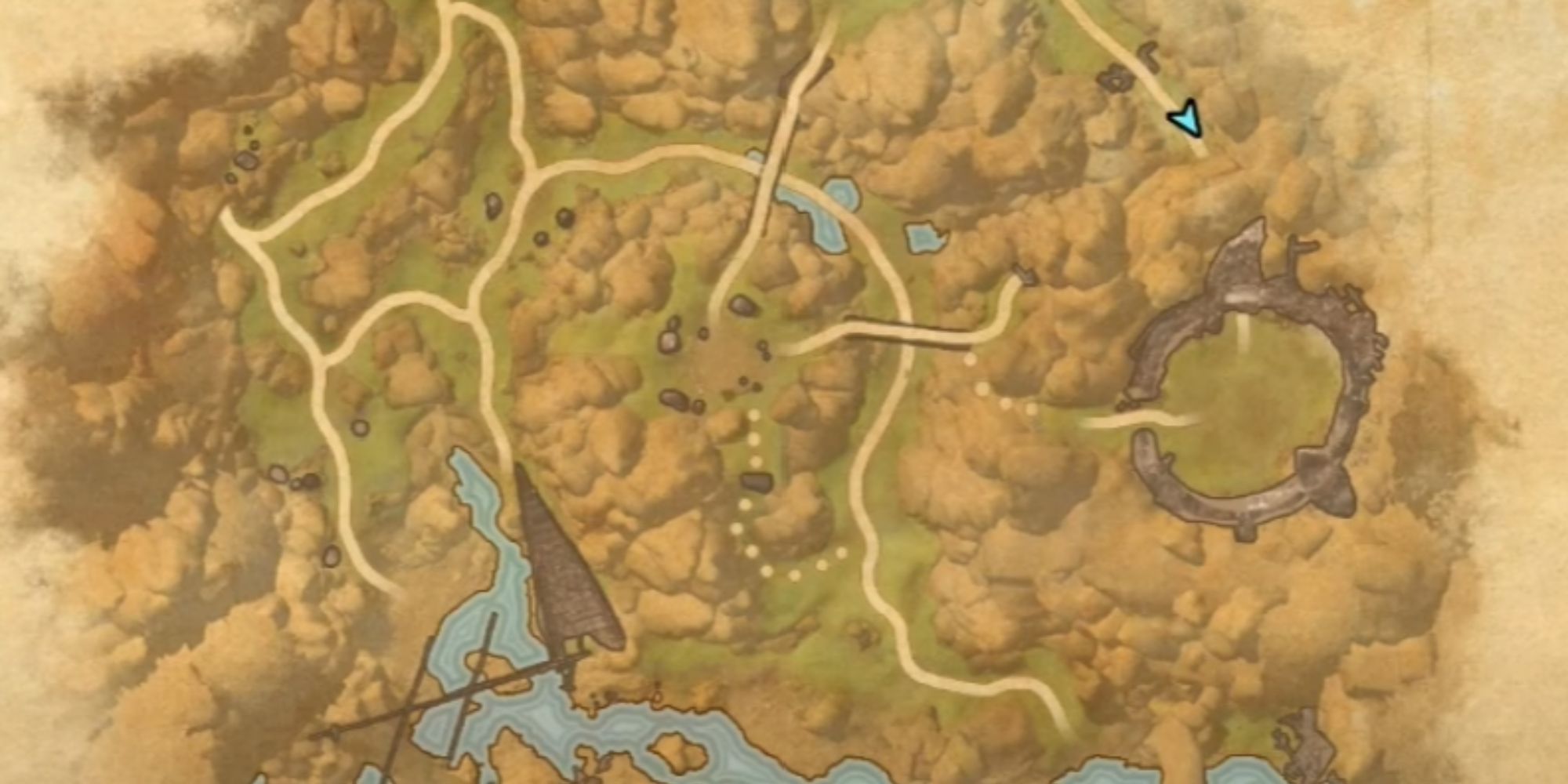 The Hadolid Broodmother is the strongest boss in Ghost Haven Bay because it usually requires multiple players to defeat it. The damage dealt by this boss is comparable to that of a zone world boss, so it's only a challenge that you can complete solo if you have a very powerful build.

How To Collect The Skyshard Inside Ghost Haven Bay 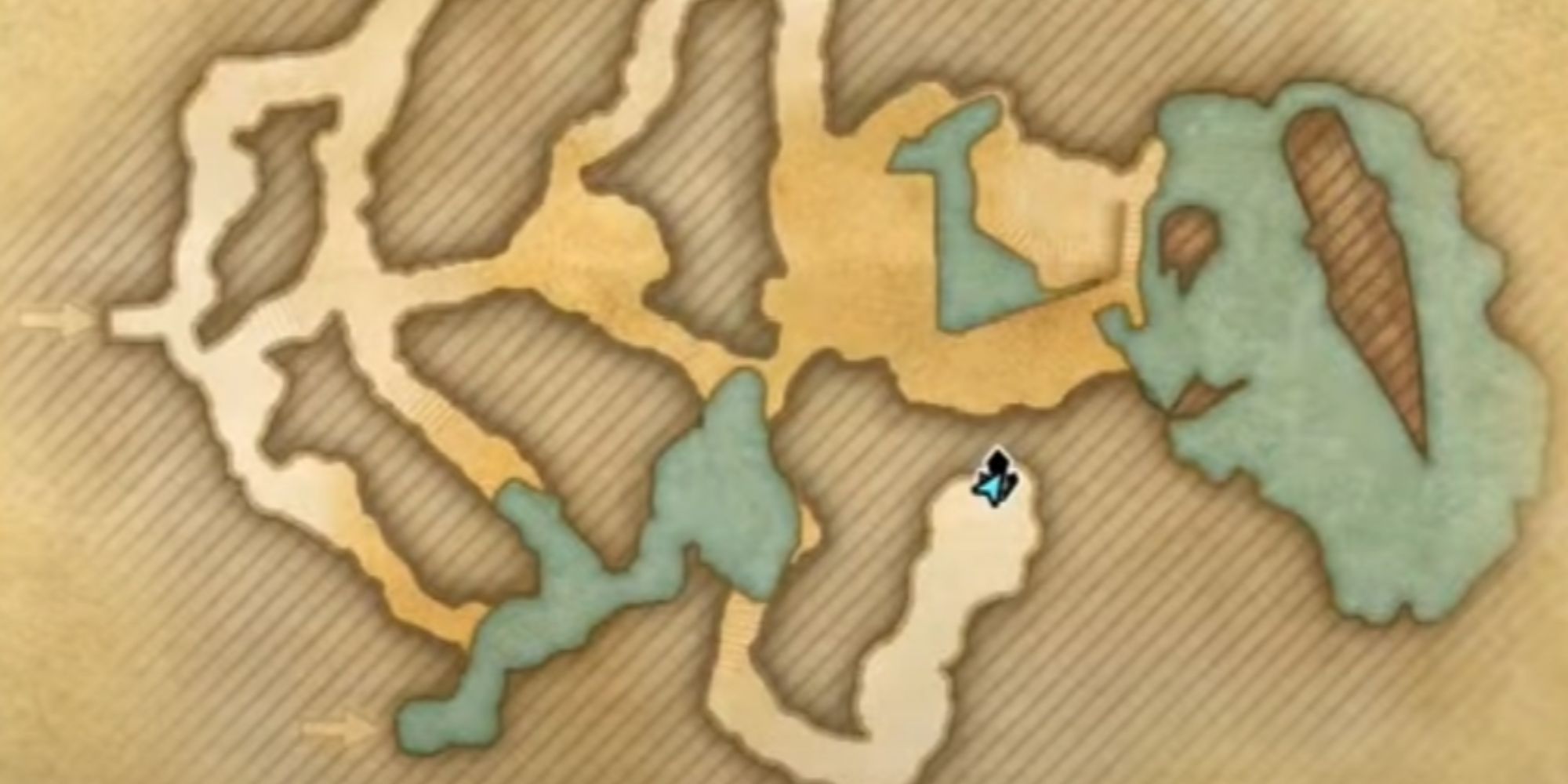 Skyshards offer one skill point when you collect three of them. There's a single skyshard inside Ghost Haven Bay, which is easy to get if you're motivated. Once you enter Ghost Haven Bay, travel east until you reach the entrance to the Collapsed Caverns. After this, travel the caverns south, and you'll find the skyshard at the end of the south-eastern path. 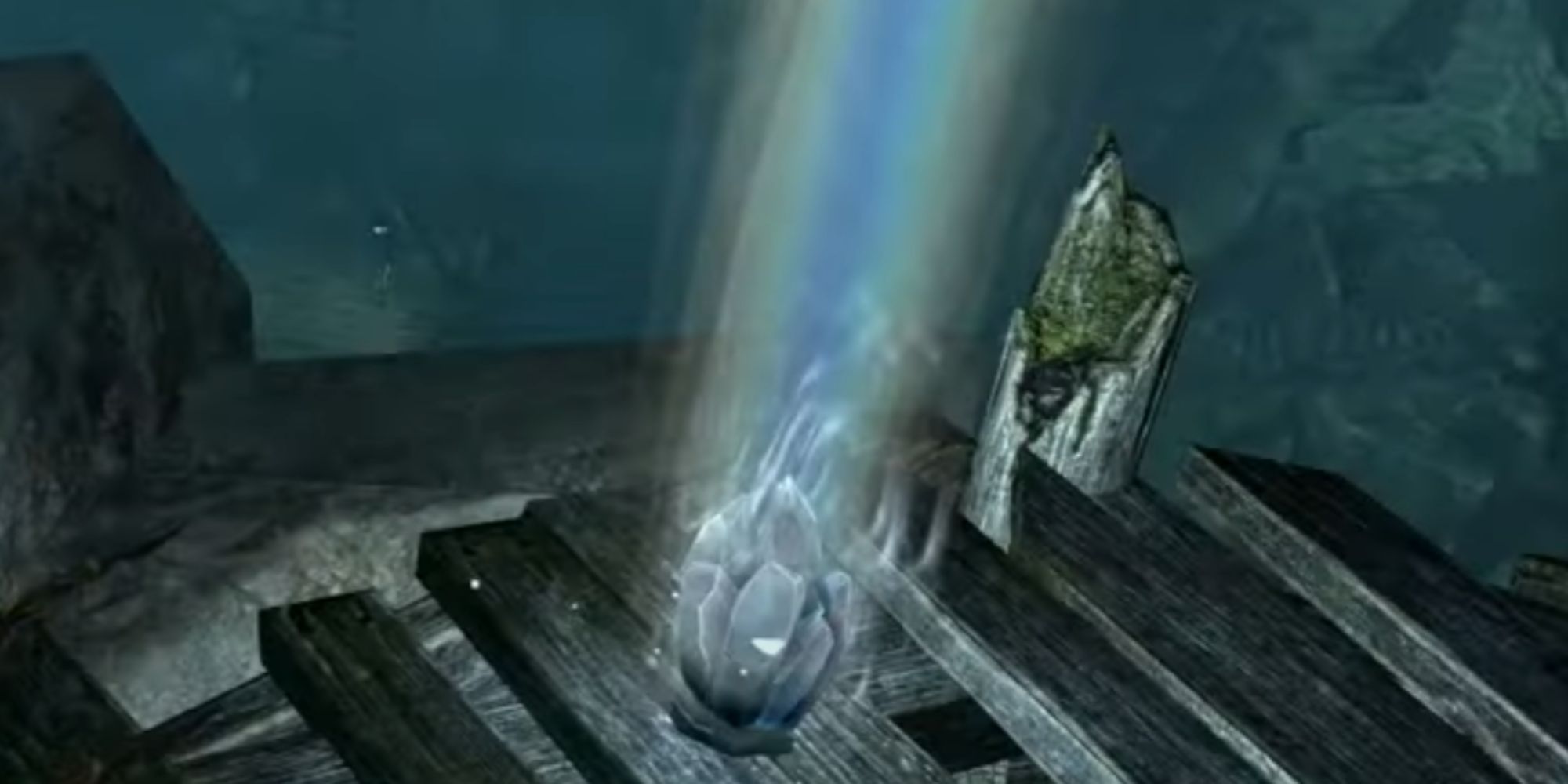 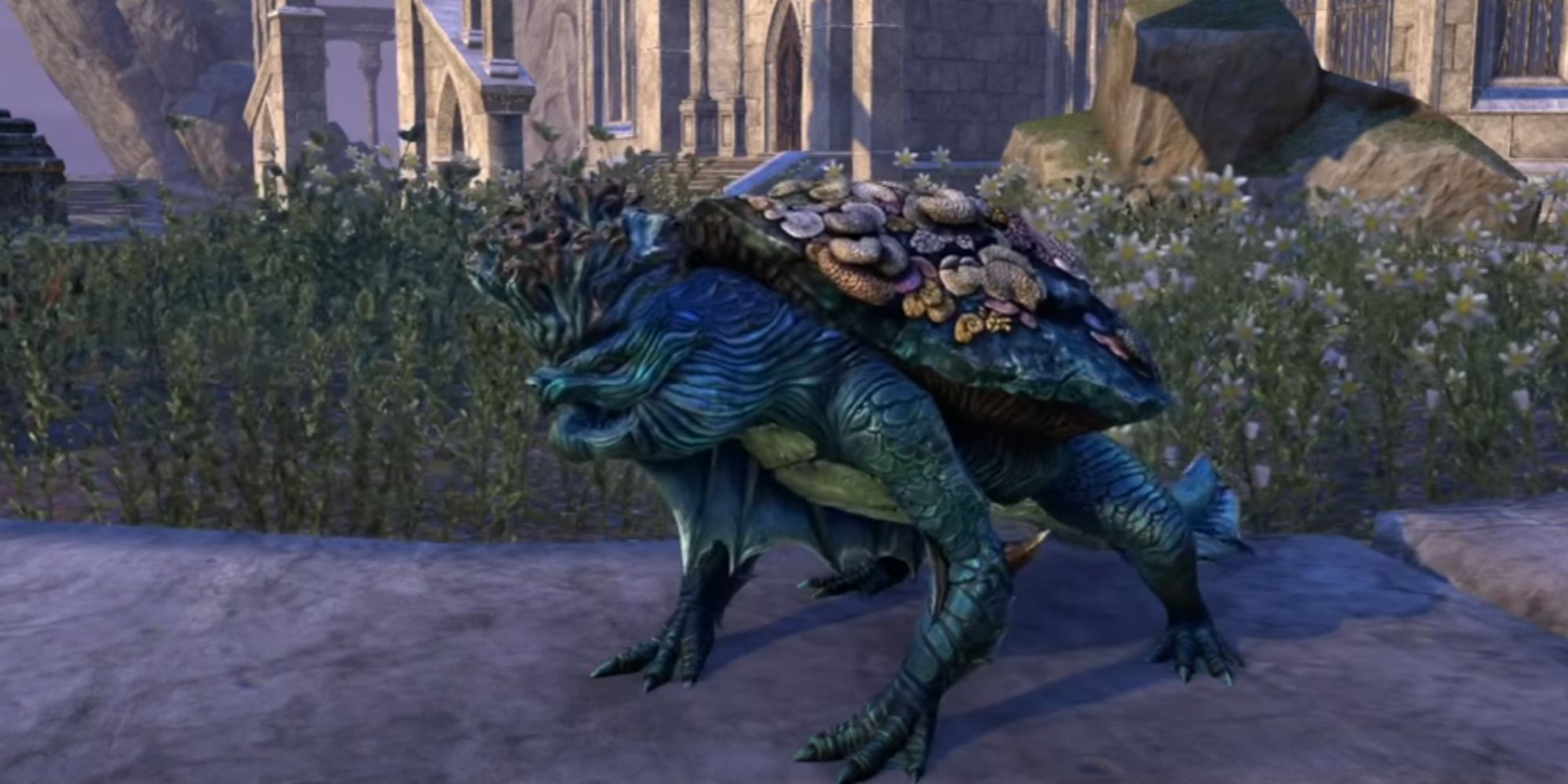 How To Unlock Every Achievement Inside Ghost Haven Bay

There are two in-game achievements to earn within Ghost Haven Bay, but once you're aware of them, it's not too difficult to earn them while adventuring in this Public Dungeon. Below you'll find each of the achievements, along with how many achievement points are earnable for finishing them.