The 8 Best Side Quests In Saints Row

The main missions in the Saints Row reboot all revolve around spending time with friends, advancing the Saints, and causing problems for various rival factions. These aren't the only things to do in Santo Ileso, though. There are also plenty of optional hustles, jobs, venture quests, and discoveries. Collectively, you can simply call them side quests.

They range in quality, with some being a lot more enjoyable than others. The following ones are the best the game has to offer. For argument's sake on what is or isn't a main mission, everything on the mission app is ineligible for inclusion in this collection. 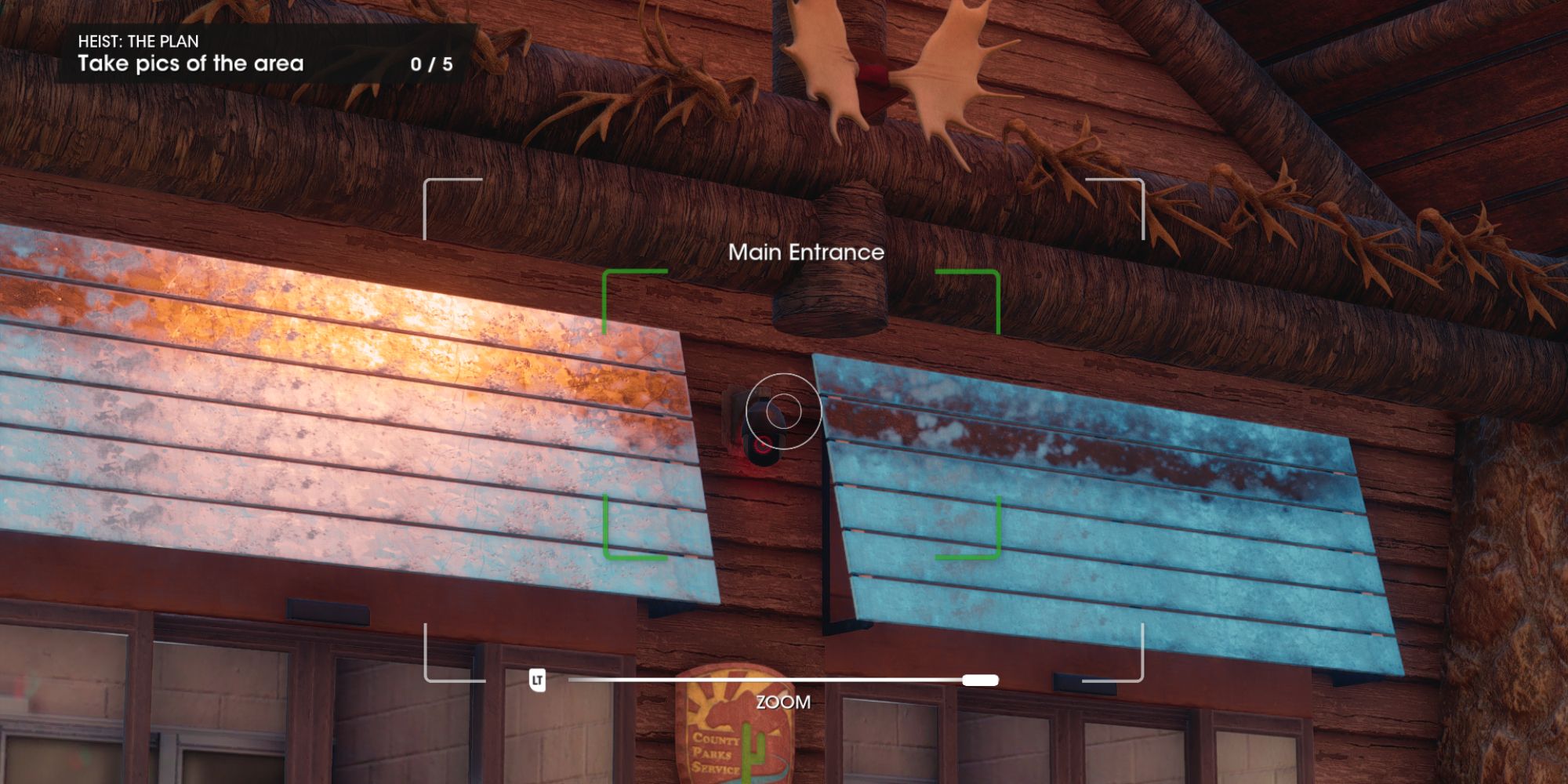 The venture quests for the Let's Pretend store see you mentoring some rookie criminals. Each quest begins with you scouting a location by taking pictures of entrances and security cameras. Then the heist begins as your mentees enter the target establishment while you wait in the car.

However, you don't do much waiting, as enemies always turn up, so you have to fend them off. When the crew is ready to leave, you need to drive them out of there in what always becomes a high-speed chase. They aren't the greatest heists in gaming history, but they're still fun. 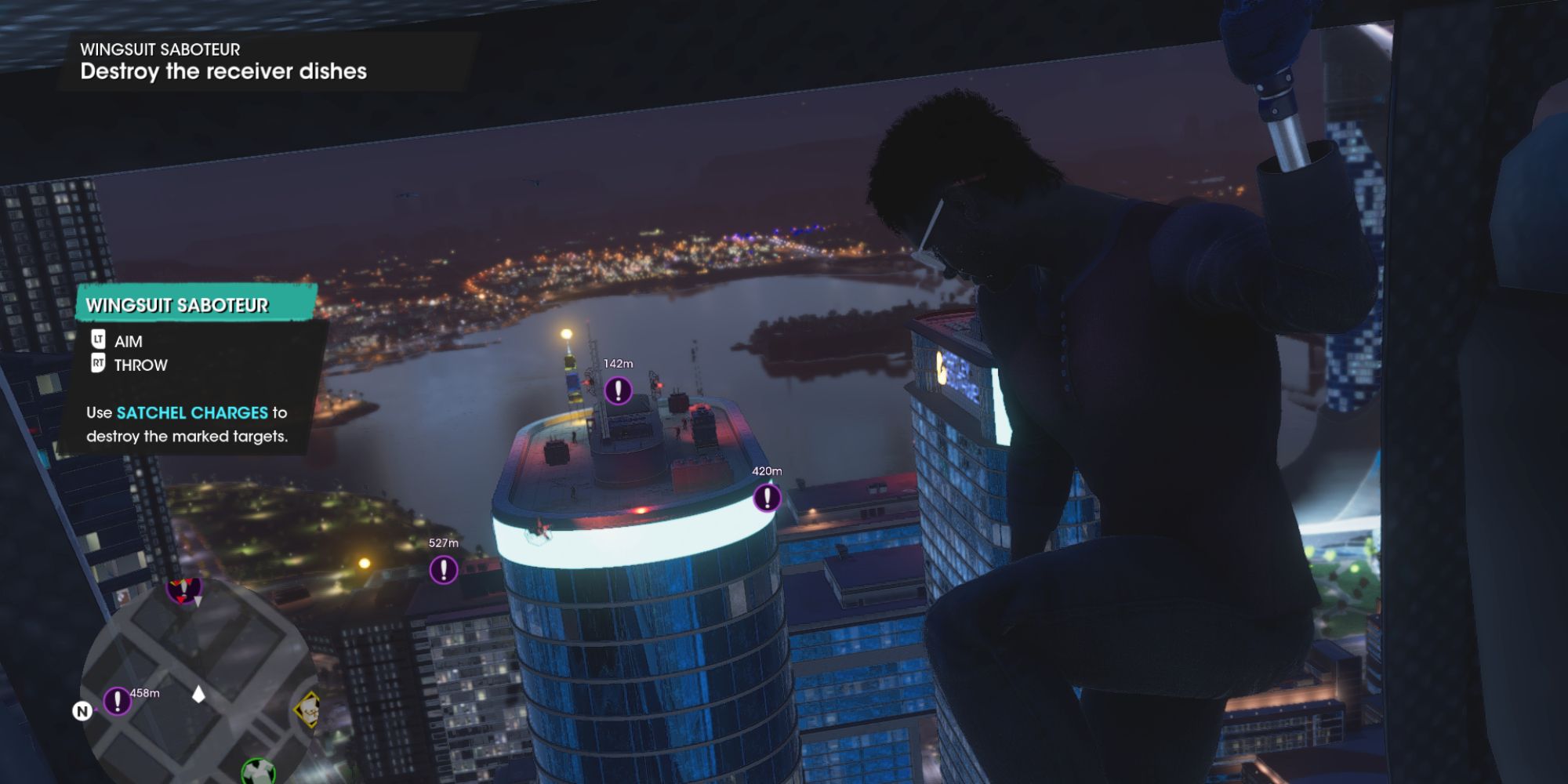 The wingsuit is one of the best items that the reboot adds to the series. Unfortunately, though, there are limited opportunities to use it. The best chance comes in the Wingsuit Saboteur side hustles. In these, you glide from building to building, destroying receiver dishes with C4.

Along the way, you typically have to contend with a bunch of enemies that are standing on the rooftops. To make things more precarious, there's also a time limit. While getting to use the wingsuit is the highlight of these quests, the time pressure adds another enjoyable element. 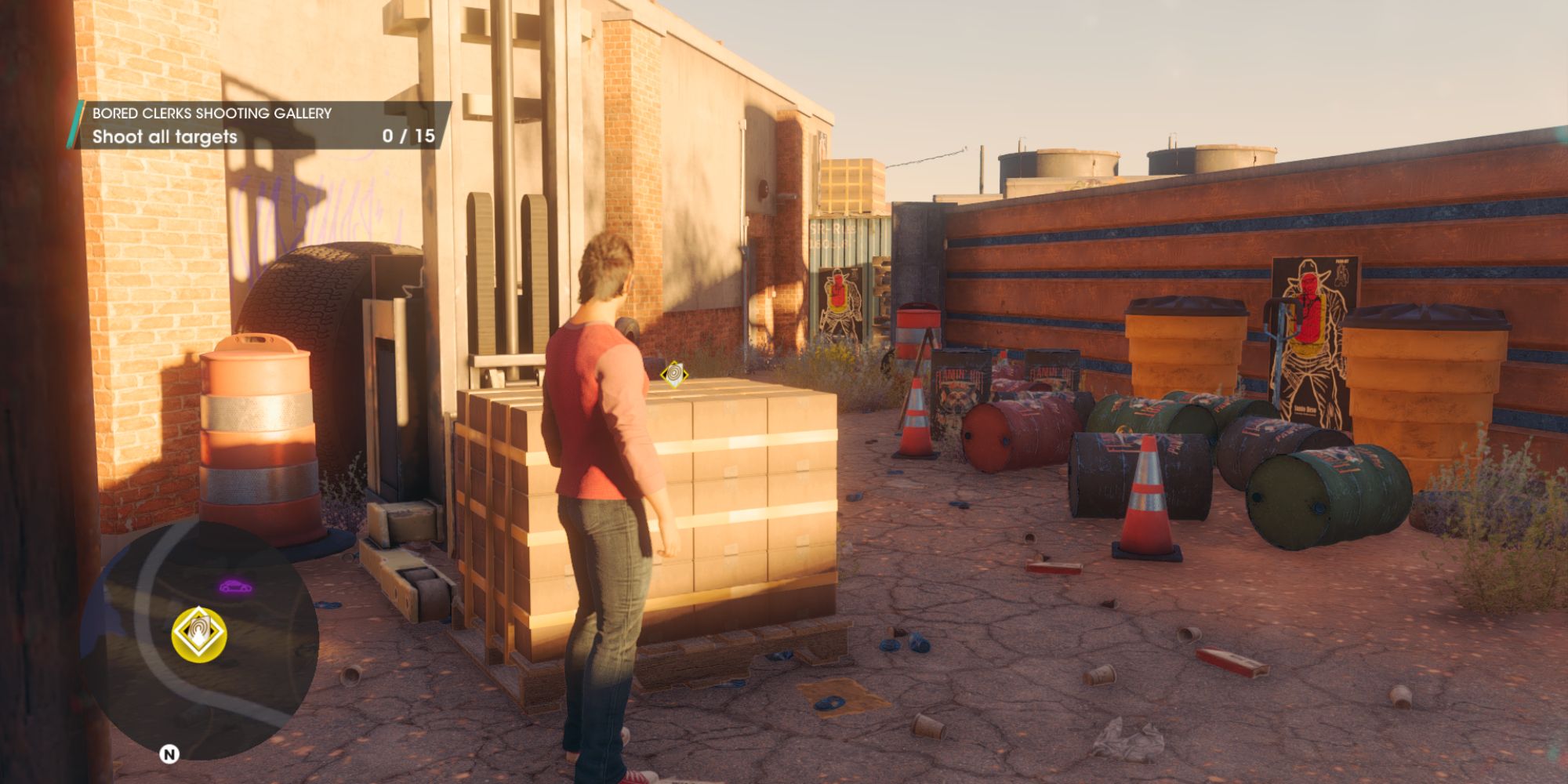 Most of the discoveries in the game are fine but not very memorable. All the Shooting Galleries have some appeal to them, though. And they're very different from a standard shooting gallery.

You don't stand in a room and fire at the targets that pop up. Instead, you go to unique and dense areas where you have to locate your cardboard victims. Many are well-hidden, too, so they take some finding. In fact, it usually becomes a game of hide-and-seek, except the hider isn't human, and you get to shoot them. 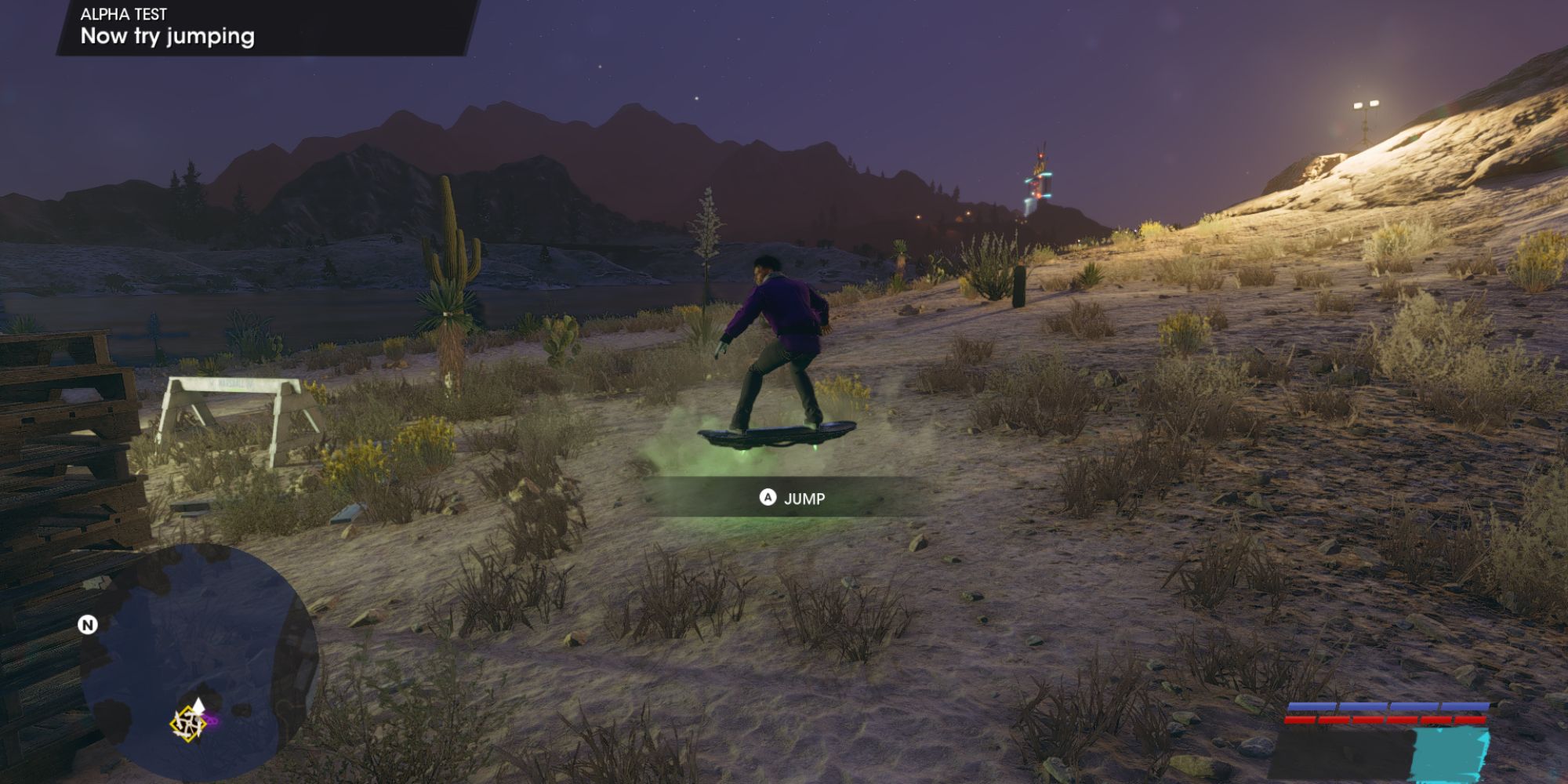 Out of all the venture quests in the game, the Alpha Test ones rank among the best. This is because they allow you to try out fancy new equipment. There are three of them in total, and altogether, they're basically one long quest.

During them, you get to test the Prototype RTP 62-8S (a Hoverboard), the Thrustbuster (an explosive football), and the Quantum Aperture (a device that lets you shoot through walls). Each item is really interesting and exciting to use. You also get to keep them all, which makes it even better. 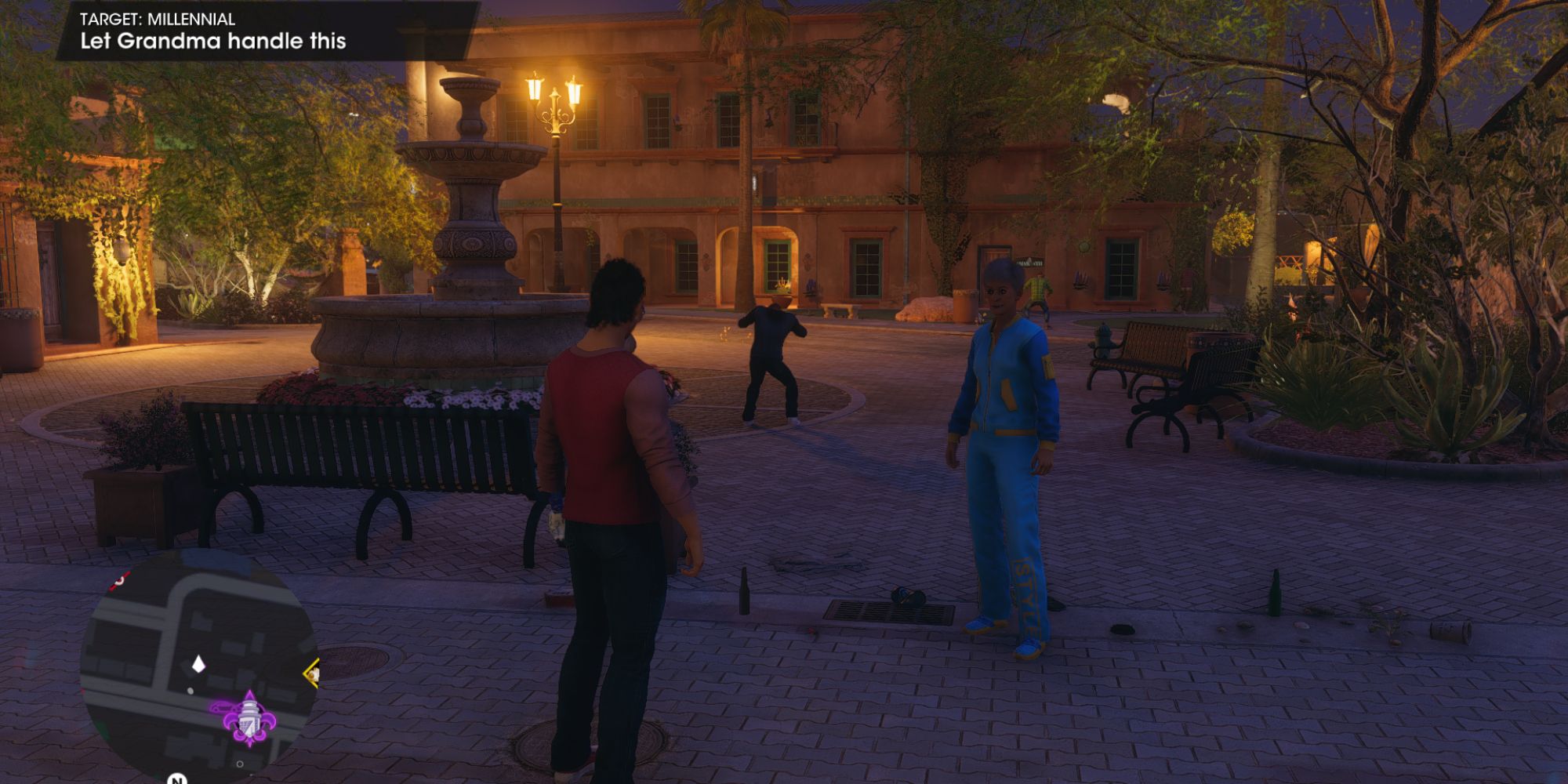 You can find some of the most enjoyable quests in the game through the Wanted app. One example is called Millenial. In this one, you're tasked with bringing down a man who is using someone else's credit card. The victim is a hilarious old woman.

She insists on going on the mission with you. Along the way, she and the boss share some comical dialog. Most of it involves the protagonist reacting to the outrageous things the lady says. The humor is what makes this quest stand out. 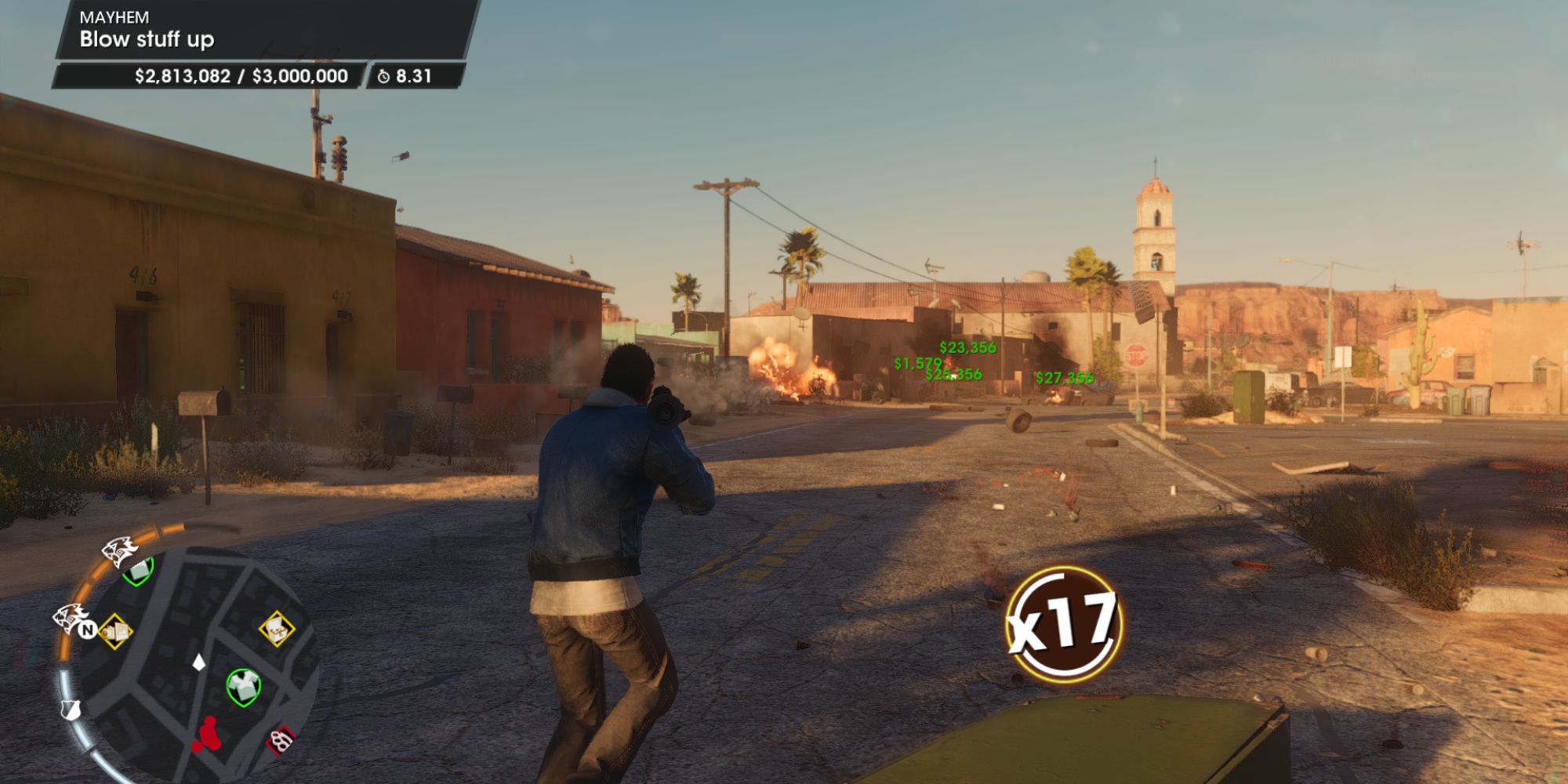 Mayhem is a classic Saints Row activity. It serves as The Big One's venture quest for in the reboot, though. The issue with that change is that it takes much longer to unlock, but it doesn't diminish the enjoyment.

After all, the game mode is basically the same as always, as you have to cause as much damage as possible by blowing up anything not screwed down – mainly cars. What weapons you have to create havoc depends on which Mayhem you're doing. But it's usually either an RPG or a powerful vehicle. 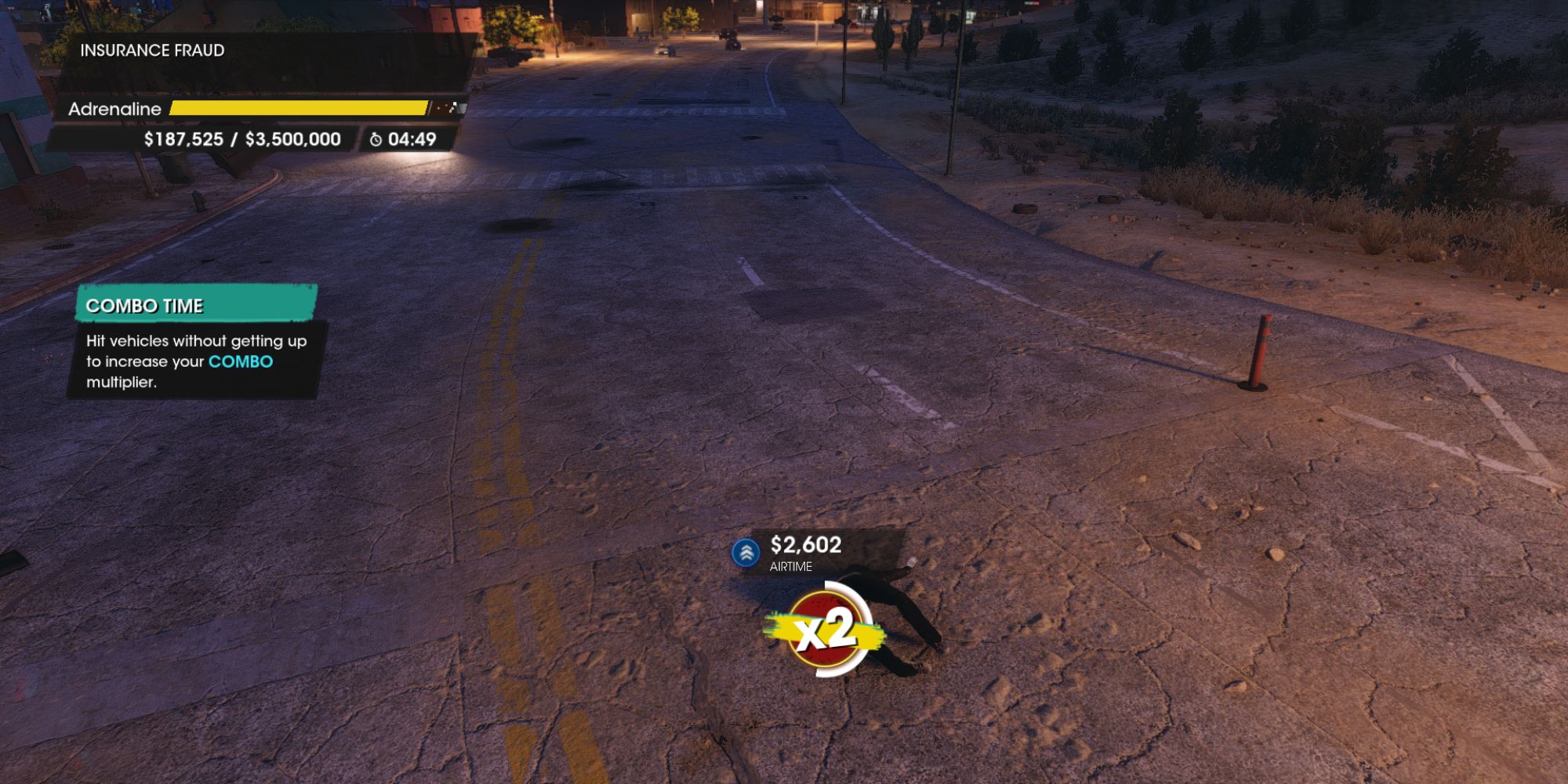 Insurance Fraud is another activity turned venture quest. In this one, you have to run around the middle of the road, hoping to get hit by traffic. You don't just want to get knocked down by one car, either. The goal is to get hit by a lot of them to drive up the price of your insurance payout.

So, you must aim for combos and make use of your adrenaline to get the best scores. It might've been around since the first game, but the activity hasn't changed too much and is still very fun to play. 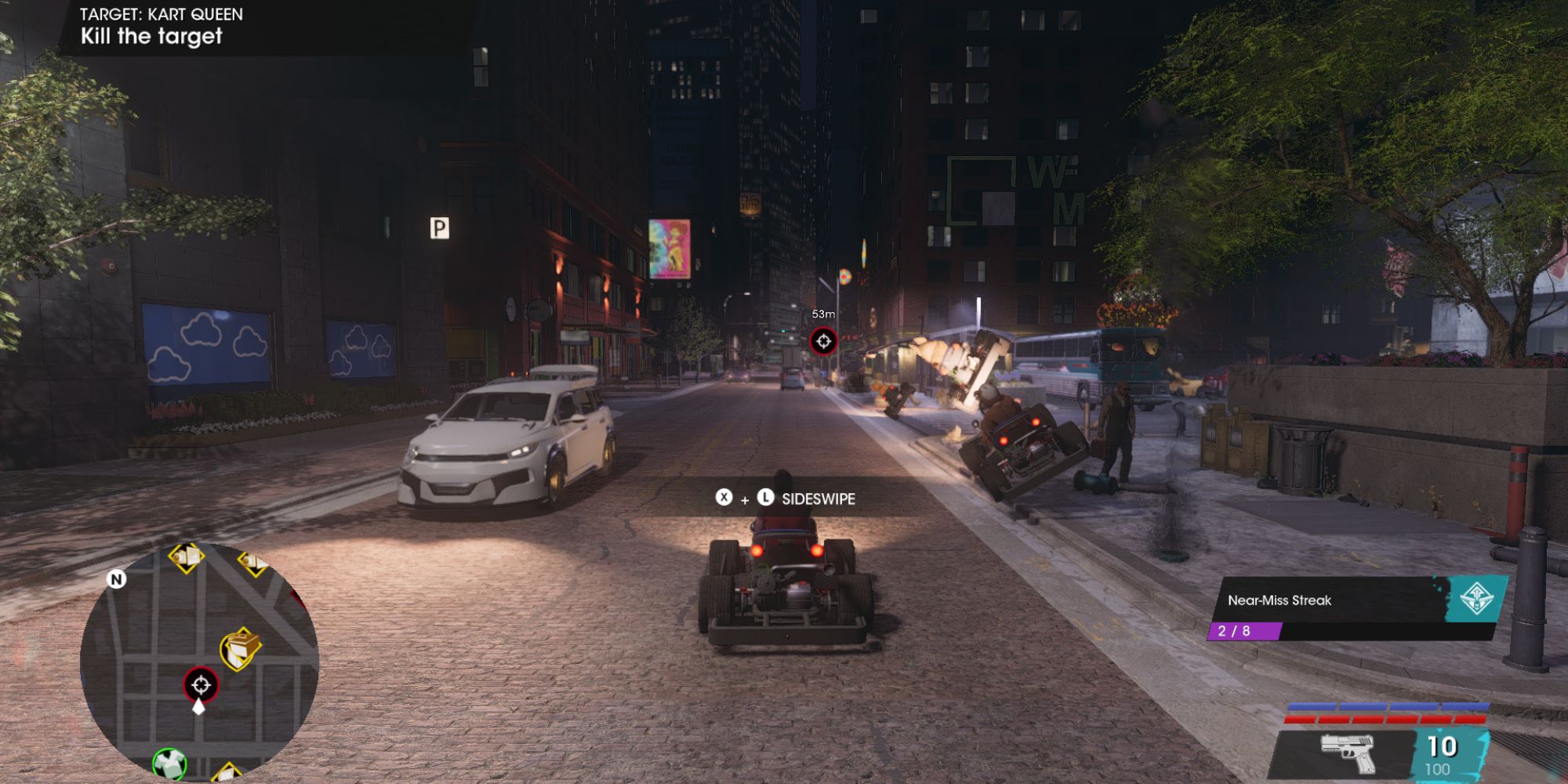 People on the Wanted app want you to kill people for all sorts of different reasons. In Kart Queen, it's about getting ahead in the go-karting world, which isn't a great reason for murder, but it makes for an exciting quest.

The person who put up the ad wants you to take out their very successful rival. You don't just go to their house and shoot them in the head. Instead, you join a street race your target is participating in and forcibly blow up their kart.