If you were looking to explore new heights in your Oculus and Rift, the VR shooter Swarm from Greensky Games is set to arrive on both platforms this spring, as well as Steam in early summer. This fast-paced single-player experience will have you web-slinging in the air across cel-shaded worlds as you compete in a global leaderboard.

After a delay from the initial release in late 2020, players who want to sign up for a chance to take part in the beta can do so using a form on the official site.

Back in August 31st, the studio announced on Twitter that while Swarm had been “content-complete for a few months,” they “weren’t happy with some of the compromises” they had to make in order to hit release on time. Greensky Games recently shared new footage of the game in the Oculus Quest subreddit, showcasing one of its boss fights as well as confirming the release date on a response.

There have been hundreds of playtesters taking part in the beta since last year, sharing feedback about the game in the studio’s own Discord server. Swarm is set to have 21 levels, each of them offering sessions around 10 to 20 minutes at a time. You’re tasked with fighting against an insectoid invasion moving around arenas with floating surfaces. Along with dual-wielding different weapons, your main tools are two grappling hooks, each functioning individually for each hand.

Everything is wrapped around a very Borderlands art-style, focusing on distinct cel-shaded graphics to display the freneticism of each battle. While the experience is akin to that of a modern shooter, it aims to retain an arcade-feeling all around, showcasing combo scores on screen and allowing you to compete with players globally thanks to a leaderboard. 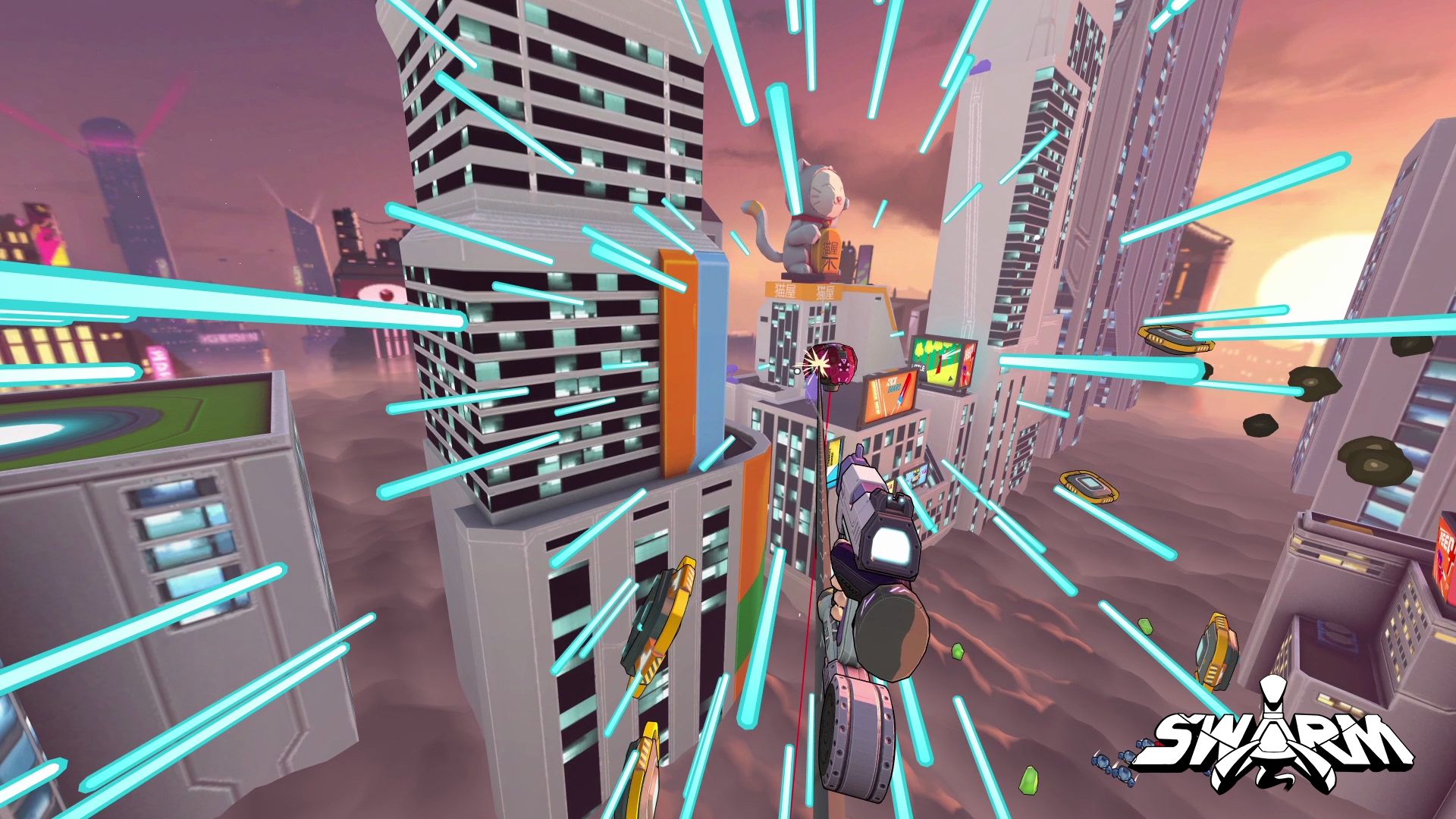 Amidst so many shooters available in VR form, seeing a focus on mobility and verticality in Swarm is a welcome change of pace. This is even more so surprising considering most are usually static to prevent motion sickness, even if the ever-interesting Oculus Quest is helping with wireless mobility. Thankfully, the fact that sessions are supposed to be rather short is set to help with this.