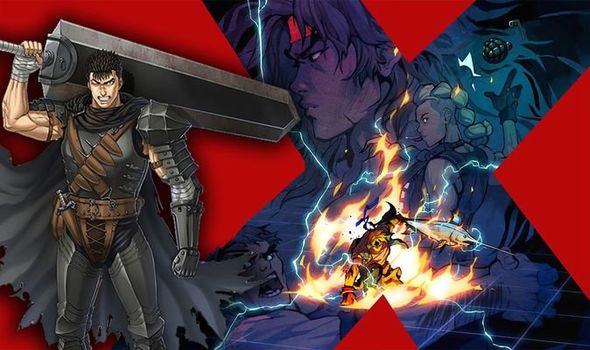 One of last year’s finest games got even better this week, as Streets of Rage 4 received its first DLC.

This includes Max Thunder from Streets of Rage 2, as well as Estel Aguirre from SoR 4, and classic boss character Shiva.

“After the events of Streets of Rage 4, our heroes wanted to prepare themselves for future threats.

“Axel, Blaze and their mates will start a very special deranged training with the help of Dr. Zan, who built an AI program from the remnants of Mister X’s brain that simulates every kind of danger they could be facing.”

Elsewhere, the new Streets of Rage 4 add-on adds a whole host of new weapons, including giant fish, a Pugil Stick and a lightsaber.

There’s even something for Berserk fans, as developer Dotemu pays homage to the classic Manga series.

As you can see from the image below, the Streets of Rage 4 DLC contains a giant sword that looks very similar to the one wielded by Guts in Berserk.

Speaking of Streets of Rage 4, Nintendo Switch owners are still waiting for the expansion to come to the console.

The Switch version was delayed at the last-minute due to an unforeseen issue.

Fortunately, the brand new Streets of Rage 4 DLC will be coming to the Nintendo Switch within the next couple of days.

The news was confirmed by Dotemu on Twitter: “We are still working hard to fix the tech issue affecting Switch players for SOR4 DLC.

“We believe that it should be fixed in the following days as we need to restart the validation process to get the fix live.”

Fans can purchase the DLC as a standalone expansion to Streets of Rage 4, or as part of a bundle.

Over on PlayStation, the Streets of Rage 4 base game and Mr. X Nightmare DLC bundle can be purchased for £16.99.