SpongeBob SquarePants :The Cosmic Shake will include the entire show's voice cast as well as writers who are currently working on the show.

After its big gameplay reveal just a few weeks ago at the THQ Nordic presentation, SpongeBob SquarePants: The Cosmic Shake is currently featured on the Gamescom floor, where news editor Rhiannon Bevan just had the chance to play it for herself for the first time. You can expect her full thoughts soon, but Rhiannon was also able to chat with the Purple Lamp devs, who revealed a bit more about the game's voice cast.

During a hands-on preview hosted by Purple Lamp lead designer Daniela Etzinger, TheGamer was told that The Cosmic Shake will feature the official voice cast for every SpongeBob character. That means Tom Kenny as SpongeBob, Bill Fagerbakke as Patrick, Doug Lawrence as Plankton, Clancy Brown as Mr Krabs, and more. 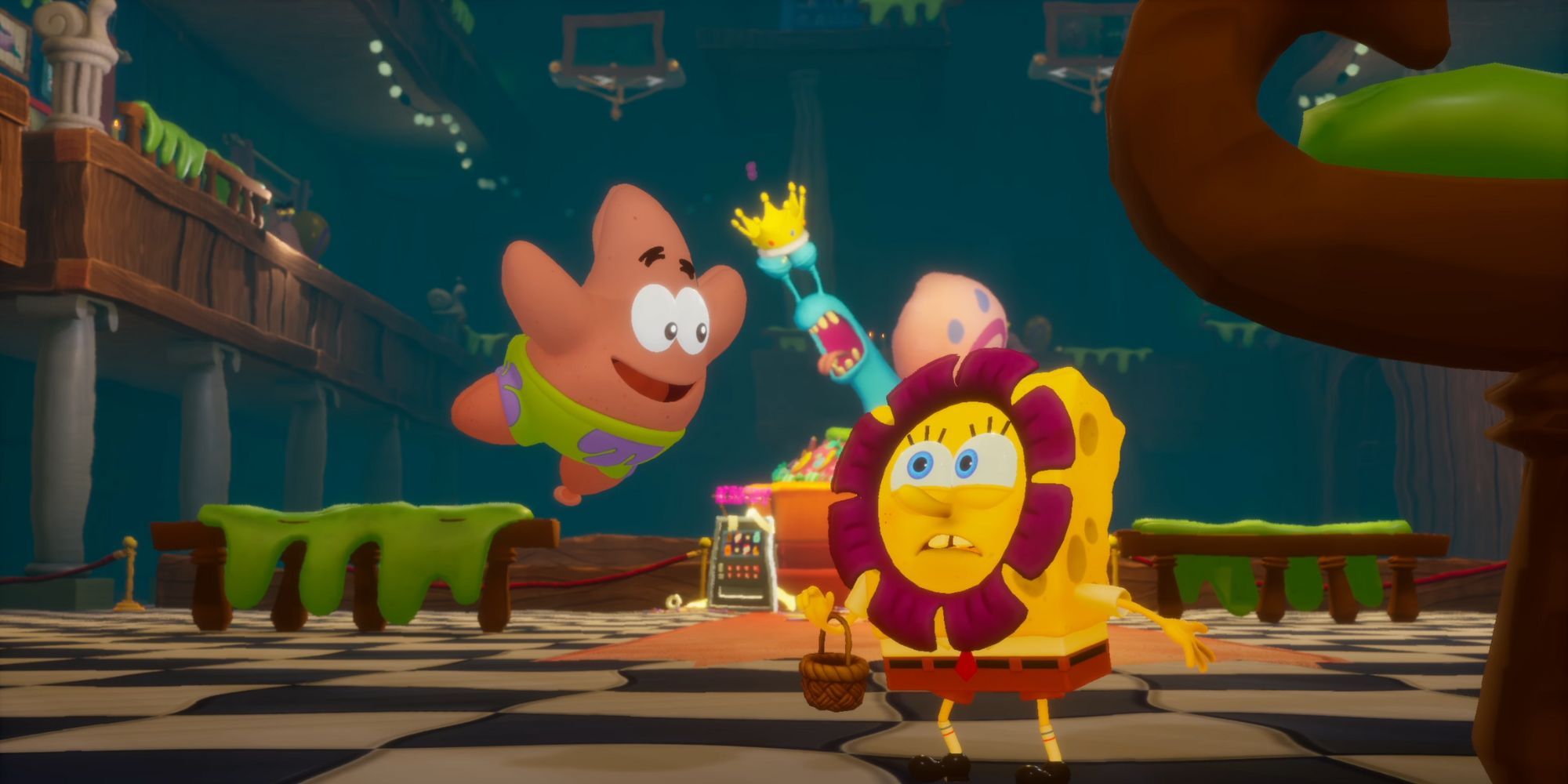 The Purple Lamp team said that it was important to get all of the show's iconic voice actors to make sure that it felt like the player was playing an episode of the show. According to the developers, Nickelodeon has also been "working closely" with the team to make sure it feels as authentic to SpongeBob as possible.

Having all of SpongeBob's voice cast is particularly noteworthy for anyone who played Battle for Bikini Bottom: Rehydrated. Although most of the main voice cast was featured in that game, one of the most glaring exclusions was Clancy Brown, the voice of Mr Krabs. Considering Mr Krabs is such a central SpongeBob character, it was incredibly noticeable to anyone who played Battle for Bikini Bottom that it wasn't Clancy Brown doing the usual voice.

It's not just the voice cast that'll make it feel like an episode of SpongeBob, as Purple Lamp also revealed that several of the original writers from the show have returned for The Cosmic Shake to the dialogue and story. It wasn't revealed which of the original writers have returned, but it's another step in making The Cosmic Shake feel as authentic to the show as possible.