Splatoon 3: How To Play Tableturf Battle

Splatoon 3 is the latest chapter in the beloved paint-shooter series, and it brings a wide variety of new weapons, challenges, and even fun mini-games presented for players to enjoy, accompanied by a well-polished single-player adventure.

Within so many additions, Tableturf Battle is a newly introduced card battle mini-game where your objective is to paint as much territory as possible, in a similar fashion to the main gameplay mechanic in Splatoon but with a few twists. Here's everything you need to know about it!

What Is Tableturf Battle? 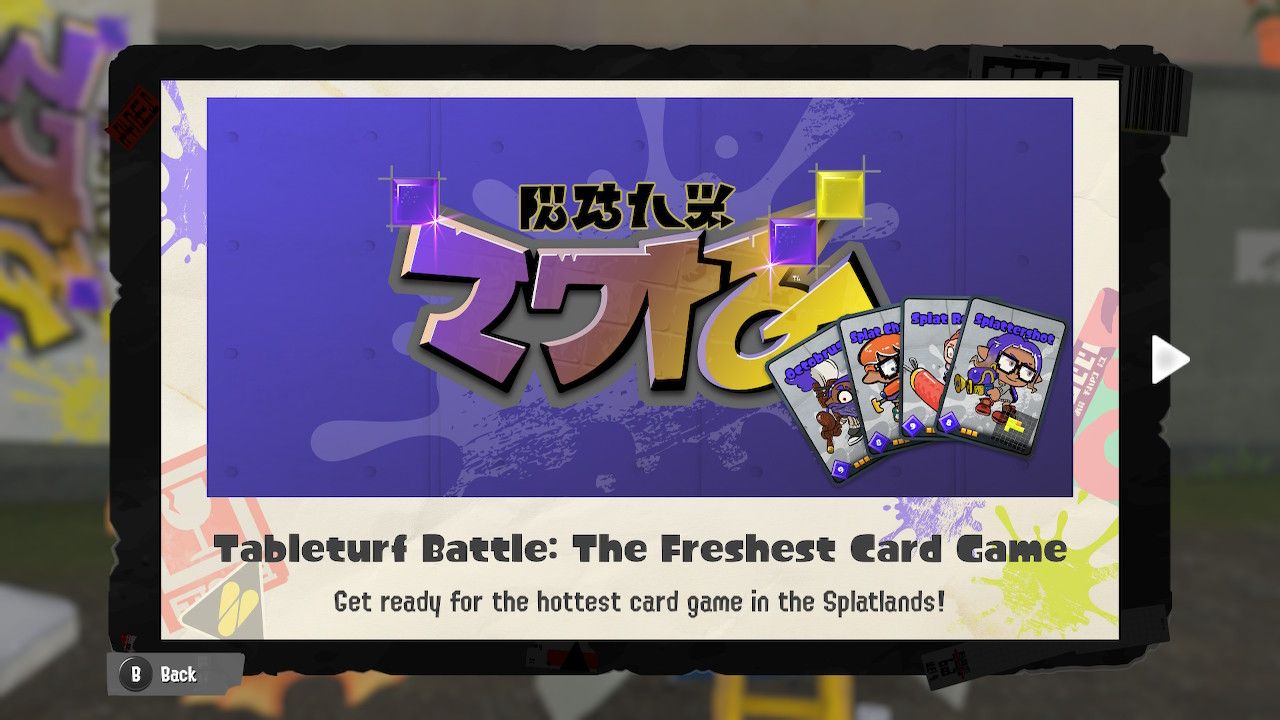 Tableturf Battle is a card battle game where the two players try to paint as much territory as possible in the game arena by using cards that can cover said territory in specific shapes, depending on their rarity and power. While playing this game, you will play matches with different NPCs and unlock more opponents as you progress, getting to play against several illustrious citizens from Splatville in the process. Every rival has three difficulty ranks, and each time you defeat the current rank three times, they will progress to the next difficulty.

How To Obtain More Cards?

You will receive a Starter Deck by talking to the Tableturf Battle Staff in the back alley behind Grizzco, and then you can edit and improve it after obtaining new Card Packs. You can do this by either leveling up your Tableturf Rank, your Catalog Level, or using the Shell-Out Machine. Each card pack gives you 5 cards, and while there is a total of 162 cards you can't have more than one copy of the same card, so strategies can vary a lot without the game allowing you to get too overpowered. Every deck has a maximum amount of 15 cards, and you can save up to 16 different deck setups.

How To Play Tableturf Battle? 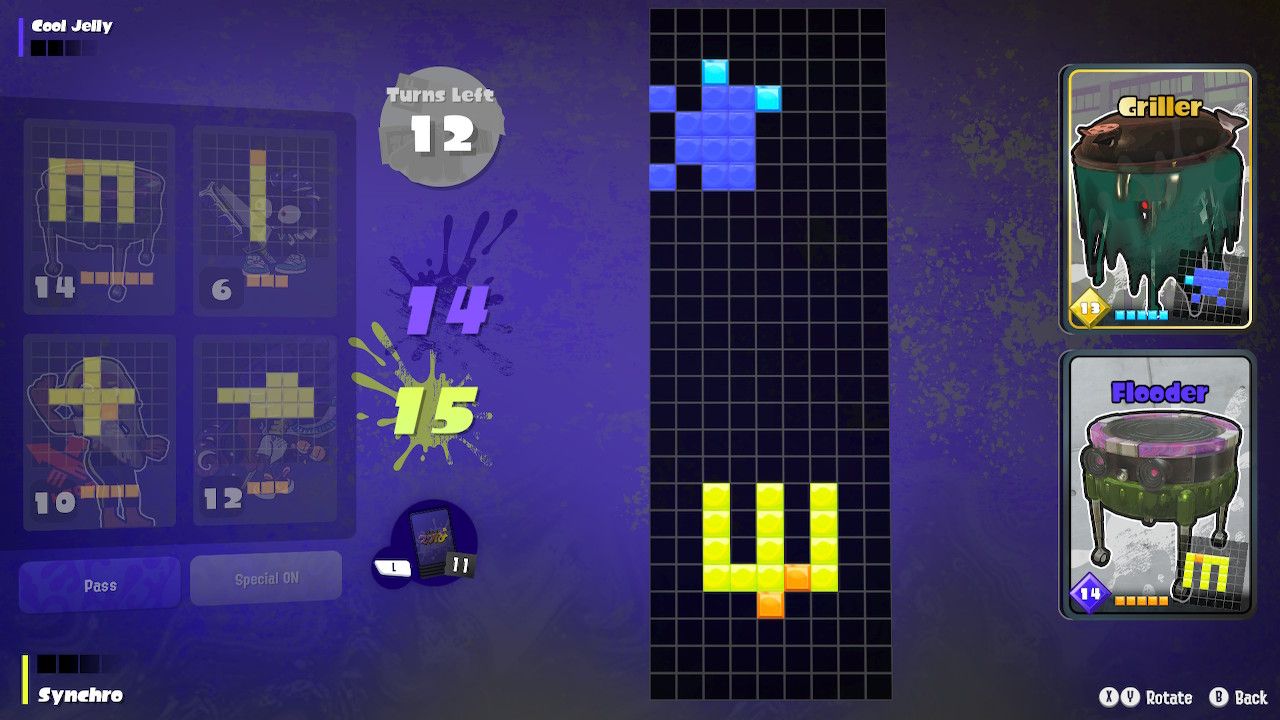 Once you have your deck prepared, the next thing is to play Tableturf Battle! Each battle will reward you with 40 to 130 points depending on the result, and thankfully the rules are pretty straightforward: