A speedrunner finished the notoriously difficult FMV game Night Trap while making good time and, oh yeah, they were blindfolded!

Ecdycis finished the game in just under 30 minutes at 29:01.3 during the charity livestream, but back in May, the streamer tied their own world record despite being blindfolded at 25:45!

It’s quite the feat because the game is centered around visual clues. The aim of the game is to use traps to get rid of the vampires stalking a remote house. With the use of surveillance cameras, the player has to frantically switch to different rooms to activate each trap. You also need to know the exact timing to figure out what colored code you need to activate the traps; the characters in the game have important conversations the player has to overhear to get a perfect run-through. The timing needs to be perfect with setting off the traps too, and there’s a lot of vampires to YEET out. 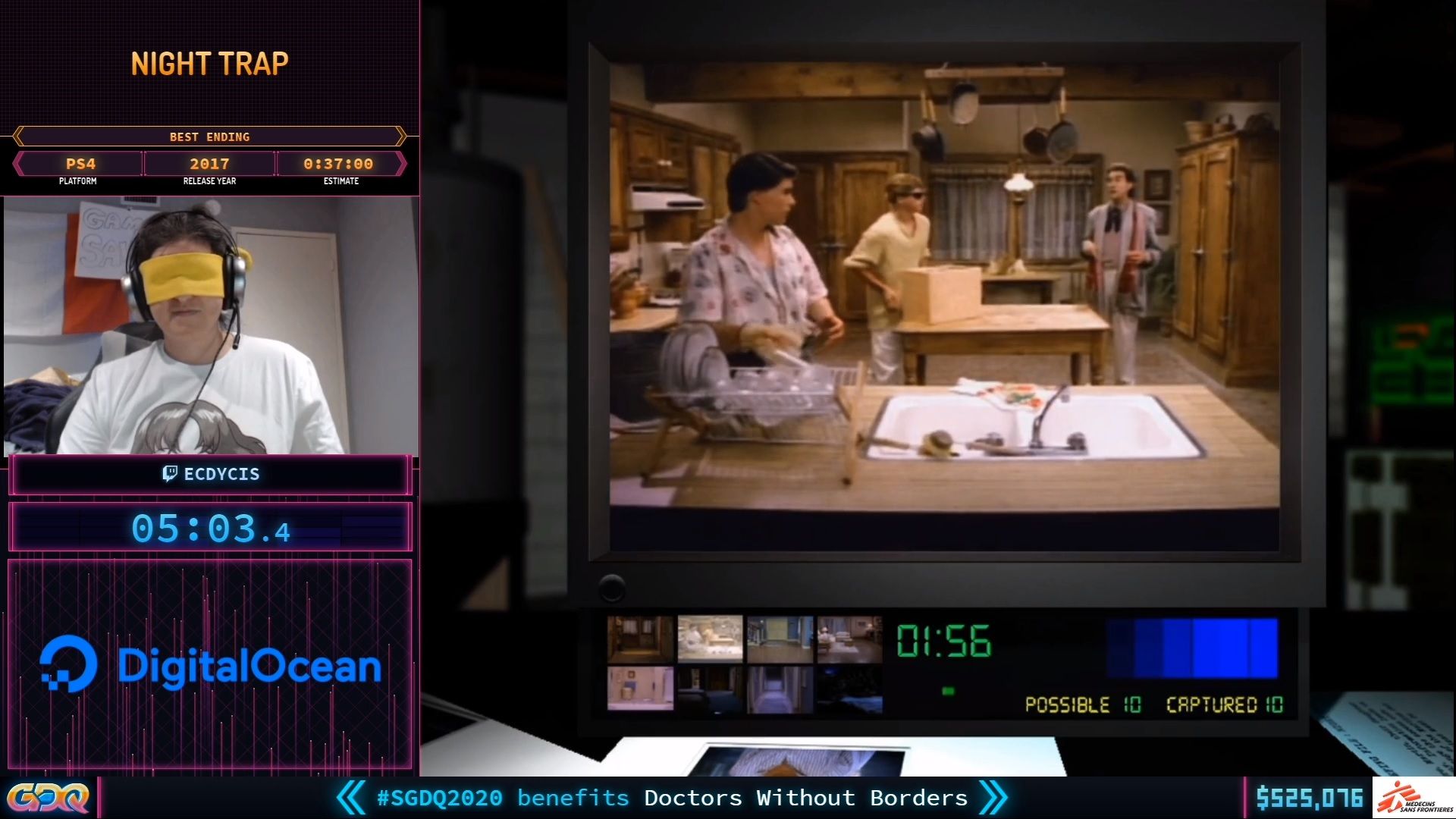 You may remember Night Trap if you know your video game history. Alongside Mortal Kombat, this silly FMV game was framed as a violent piece of media aimed at kids. In the ’90s, video game consoles were still considered toys by the general public, and funnily enough, Night Trap was seen as a threat. The U.S Congress was considering outright banning the industry, but thankfully, the ESRB was born to give ratings on video game products to satisfy the government. The company has since been giving advice to parents on the content their children would like to play. The 25th Anniversary Edition has a documentary by My Life in Gaming that covers this topic.

The Games Done Quick organization raises money for multiple charities throughout the year by streaming high-level speedrunning gameplay. During this year’s main event, they are helping Doctors Without Borders, which gives humanitarian aid across 70 countries. The organization says it helps people based on need, regardless of race, religion, gender, or politics. GDQ 2020 has raised just over $600,000 so far and will be running until August 22.