Sonic the Hedgehog has been ubiquitous this year. Sonic the Hedgehog 2, which added Idris Elba to the cast alongside Jim Carrey and Ben Schwartz, opened to big box office success in April. Sonic Origins, a remastered collection of the Blue Blur's first four 2D platformers launched last month. And Sonic's first 3D outing in five years, Sonic Frontiers, was playable at Summer Game Fest and had a new trailer at Nintendo's recent Direct Mini.

Despite some issues with Sonic Origins and the unavoidable worry that the next 3D Sonic game could very possibly be bad, we're in something of a Sonic Renaissance (which would be a good name for Sega to use if it ever decides to revive the Sonic Storybook subseries). Decades after the Super Mario Bros. movie bombed and instilled fear in gamers that no movie based on a game would ever be good, Sonic has a successful film franchise (both entries of which have been greeted with positive reviews and box office success) and a pair of games for fans to get excited about.

So, I'm wondering why none of it is moving the needle for a lapsed Sonic fan like me who would love an excuse to be all in on Sonic again. Maybe becoming an adult and learning to recognize just how often past performance is an indicator of future success makes it impossible for me to ever look at Sonic the way I did in the early '00s when Sonic Adventure and Sonic Adventure 2 were the coolest games I could ever imagine?

I don't know. I returned to Sonic Adventure 2 a few years ago using the cloud version on PlayStation Now and was struck by how poorly the camera and controls had aged. Fans have long clamored for a return to Sonic Adventure and Sonic Team head Takashi Iizuka recently said the studio would like to take the lessons they learned on Frontiers and apply them to a potential third entry. I share that desire and, for me at least, it springs from a longing to see a game set in that world that would be fun to play in the 2020s. But, after decades of 3D Sonic games that were often middling at best, it's hard to imagine Sonic Adventure 3 living up to expectations. 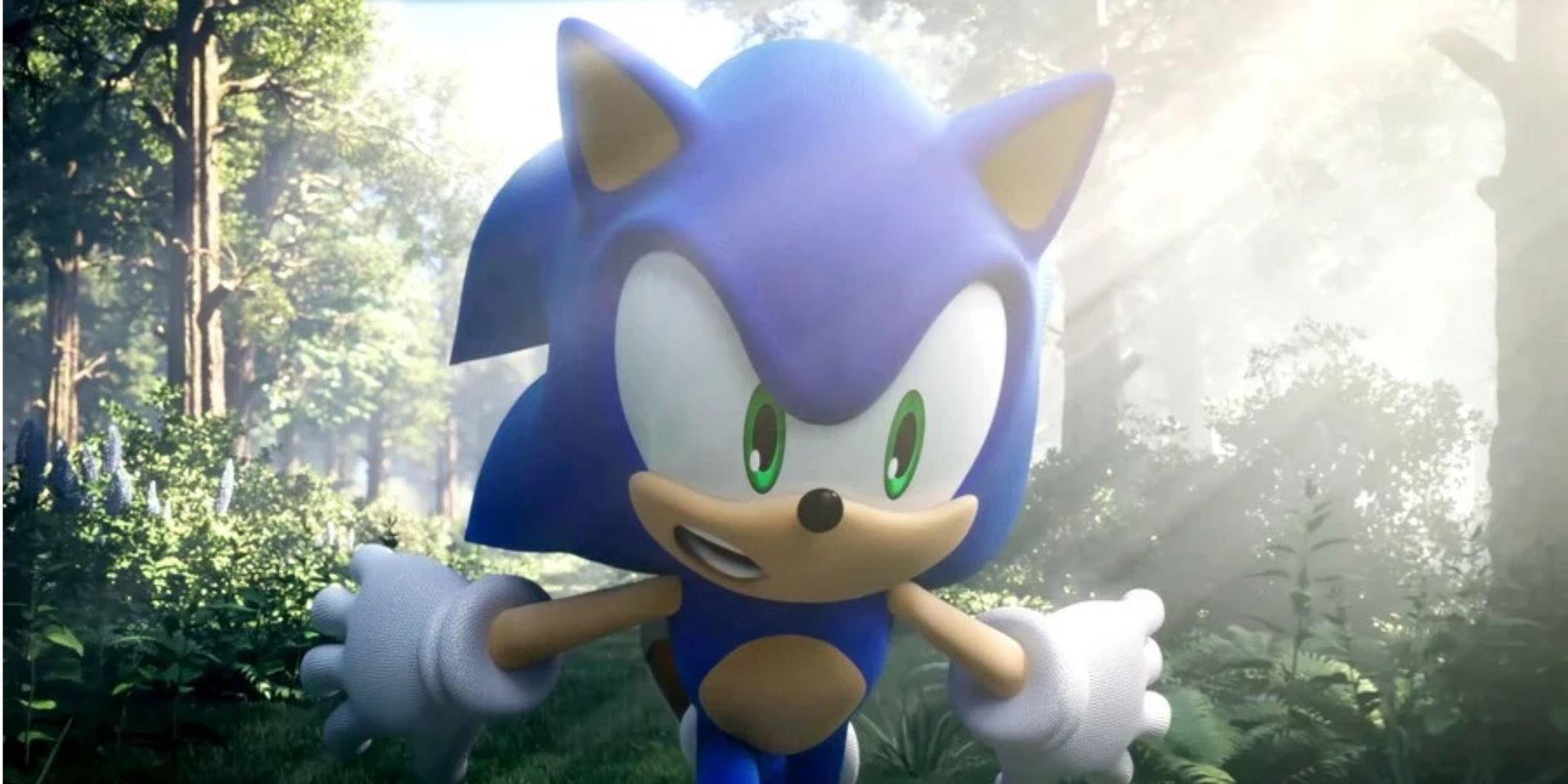 At this point, I don't find myself excited by Sonic games or movies. Instead, lately, I've found myself thinking back to the thing about Sonic that most stirred my imagination as a kid. Sonic Mega Collection was a GameCube-era game that included Sonic the Hedgehog 1-3, Sonic and Knuckles, Sonic Spinball, Dr. Robotnik's Mean Bean Machine, and Sonic 3D Blast, plus several unlockable games. I enjoyed those games, but wouldn't beat any of them until years later with the advent of save states. Instead, the main draw of the collection, for me at least, were the Extras.

This mode included three separate collections: Comics, Illustrations, and Movies. The illustrations were fine, and the cutscenes anthologized in the Movies section (including the opening animation from Sonic CD) were cool. But, it was the Comics section that lit my imagination on fire. This section only included one full comic, but it was stuffed with covers from Sonic's entire Archie Comics run up to that point. The memory of paging through reams of scanned art (complete with the sound of pages turning each time you moved to the next cover) is burned into my brain. I spent hours laying on my bed, melancholy synth saxophone music playing off my CRT’s tinny speakers as I took in the evolution of Sonic's design from its goofy early '90s iteration (where Sally Acorn was pink for some reason) to the late '90s/early '00s version where Sonic was defined by harsh lines, sci-fi steel, and evocative, shadowy backgrounds.

When I had the chance to buy real-world comics off the rack at our local grocery store, I would dabble with Spider-Man and Dark Horse's Star Wars series, but I faithfully purchased the new Sonic issue whenever I could beg the money off my parents. I enjoyed those comics well enough, but they never captured the vibe that the covers seemed to convey so effortlessly. 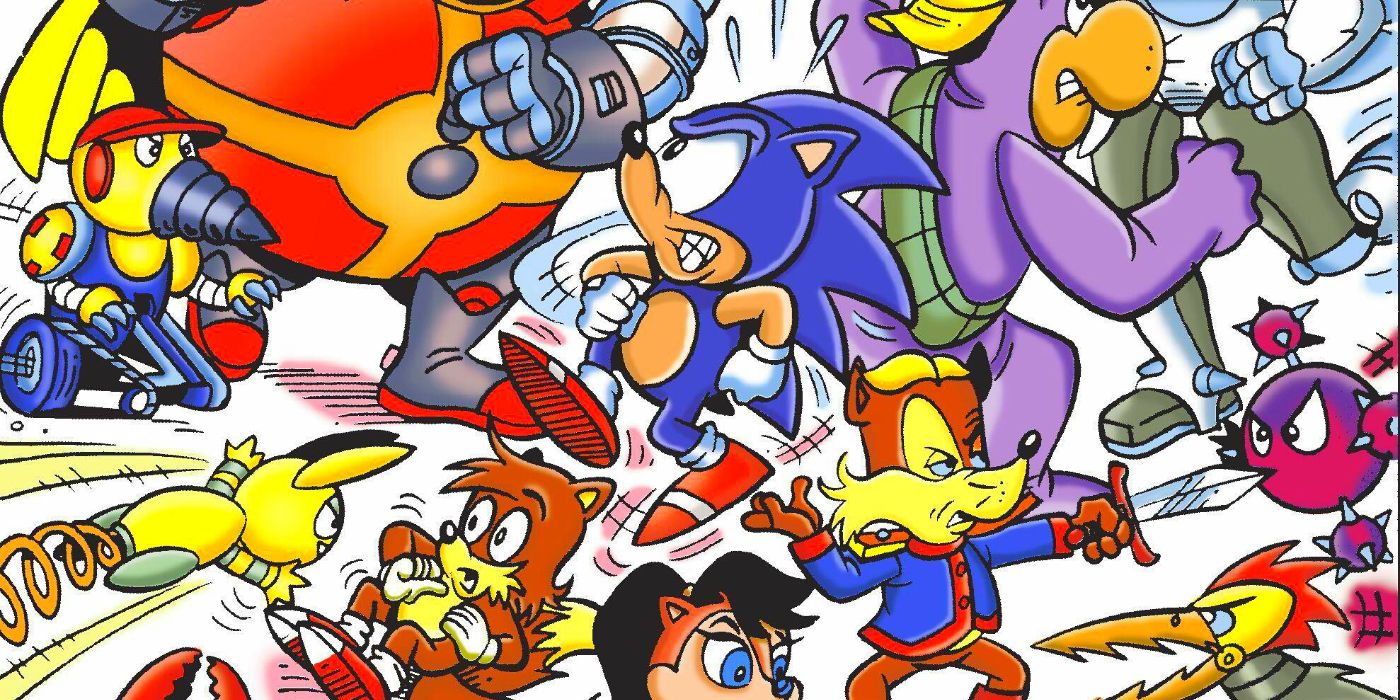 Maybe my issue with Sonic now is part of a broader problem inherent to engaging with art. Comic book covers are effectively concept art selling you on the idea of the comic, and concept art is often a lot cooler than the realized product ends up. Dune fans have obsessed, for years, over director Alejandro Jodorowsky's unrealized adaptation of Frank Herbert's books which Jean "Moebius" Giraud — the iconic comic artist whose work heavily influenced the art style of the 2021 game, Sable — created 3,000 storyboards for. H.R. Giger, who designed the Xenomorph for Alien, also worked on the project. It has a reputation as "the greatest film never made."

But, would it actually have been any good? Who knows! A live-action film would have looked significantly different than the evocative art Moebius created. Even if all the members of the creative team were firing on all cylinders, there's a very good chance that their work would not have survived studio meddling. Famously, David Lynch's experience making the 1984 version of Dune led to him demanding final cut on all his projects going forward. There are countless practical obstacles that stand between a work’s conceptual phase and the moment when it’s actually released to the public. Jodorowsky's Dune might have been great, but it also could have been terrible. It lingers in our imagination because we can look at Moebius' art and dream of all the ways the film might realize that ambition. But, those dreams are deeply personal, informed by our own desires as much as anything else.

I suppose that's why I can't get excited for anything Sonic-related anymore. As much as I want Sonic Frontiers to be good — to get me fully back on board with Sonic going forward — I’ve been here before. I've seen the concept art. I've seen the finished product. And I've lived in the wide, wide gulf between the two. Our dreams for what the series could be may have to be enough.