Sonic Frontiers Is The Latest Game In The Timeline

Sonic Team has placed Frontiers in the Sonic timeline, confirming that it takes place after the last two games in the series. This puts Frontiers ahead of both Forces and Team Sonic Racing, perhaps explaining why the characters sound much more mature than they did in other games.

This comes after Sega made it clear that it will be taking Sonic lore much more seriously, even building a department dedicated to keeping track of all this nonsense. This involves making the series "more meaningfully connected" to the comics and films, trying to keep the series consistent and coherent.

"The story takes place after Sonic Forces and Team Sonic Racing, where Sonic, Amy and Tails travel to the Starfall Islands in search of the elusive Chaos Emeralds," says Sonic Team head, Takashi Iizuka, speaking to the website Sector.

For those of you keeping track from home, this (presumably) puts Frontiers either after the IDW Sonic comics, or running concurrently with them. We know that it's not before the comics at least, as some of Sonic's dialogue references characters that have only appeared in these spinoffs, not the games. 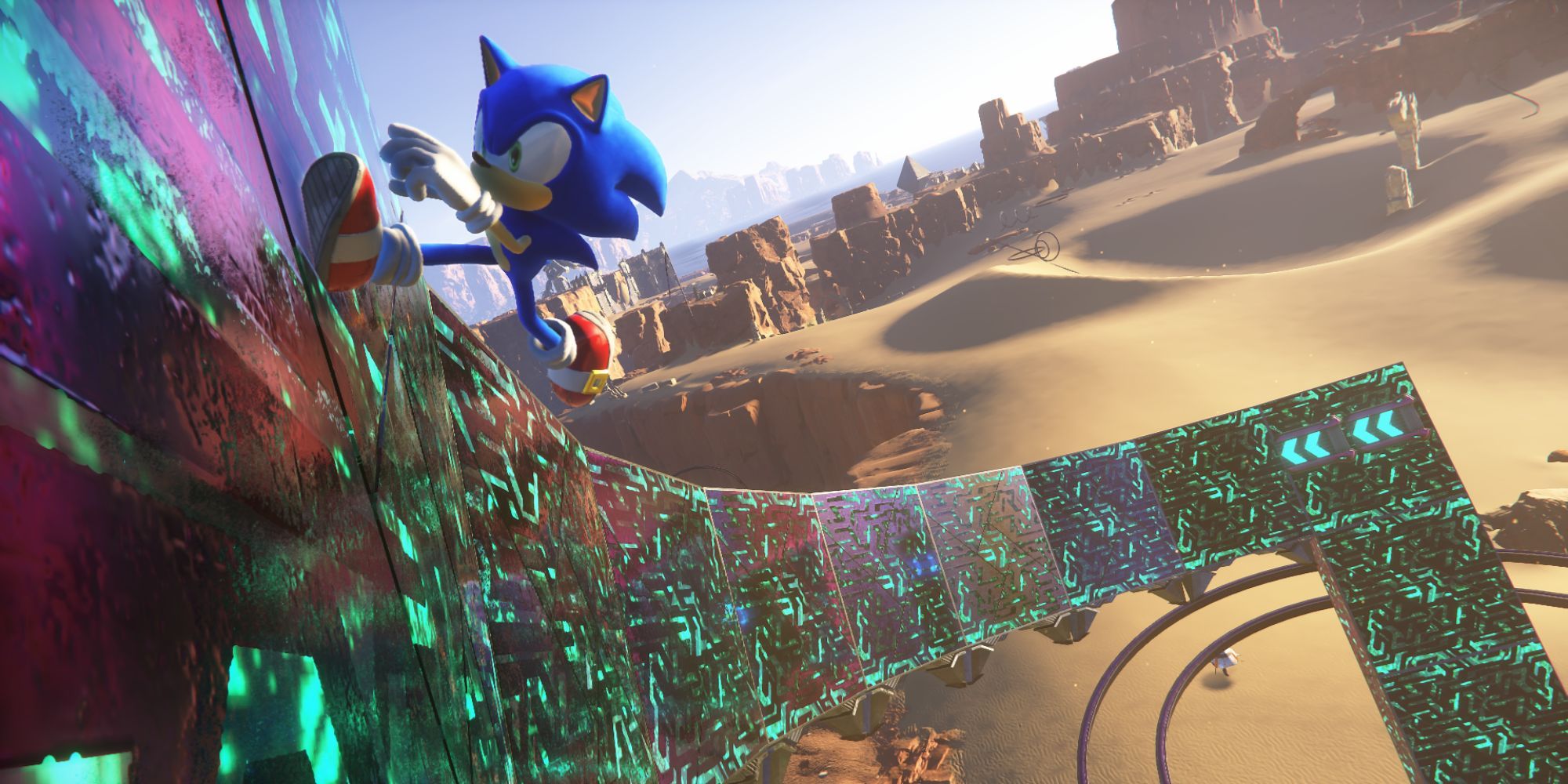 Iizuka goes on to praise the work of comics writer, Ian Flynn, who also worked on Frontiers' dialogue. "It has been a pleasure to work with Ian Flynn, who has been an active contributor to the Sonic franchise for a long time. He knows the characters well and brought great development to their emotions and interactions."

In any case, this makes Sonic Frontiers the furthest ahead chronologically of any of the games in the series. Before that, it seems that Team Sonic Racing held that title, possibly set just after Forces. Most fan-made timelines don't keep track of spinoff games like this, however, making the whole thing a bit of a mess.

It's not too surprising to see Frontiers at the end of the timeline though, even if you ignore his constant references to the older games. Before Frontiers even launched, many noticed that Sonic's voice was remarkably deeper than other Roger Craig Smith performances. On top of this, references to the characters' ages on the official website were removed, suggesting the gang had aged up a year or two since the events of Forces. The game never reveals how much time has passed, but it seems that it's been some time since Forces, with all the characters' personalities toned down from their last appearances.

It remains to be seen if Sonic Team keeps the timeline going and sets the next game after Frontiers, or goes back and revisits previous eras, such as the Adventures games or the Sonic Generations period, where Sonic teamed up with his past self. Maybe we'll even see what Classic Sonic was up to during the events of Frontiers, since we didn't even get a cameo from him this time around.