It’s not bigger on the inside, but a fan has transformed their Xbox Series X console into a Tardis from the popular BBC series Doctor Who.

GameRant spotted the blue police box on Reddit Wednesday, and it’s very true to the show. We found out that DecalGirl is selling the product under the name Police Box. The throwback signage, the windows, and the proper door paneling on this skin make it look perfect for any Doctor Who fan. The manufacturer says that it has an easy, bubble-free installation and there’s no goo residue involved when you decide to remove it. It costs $24.99 on the website. 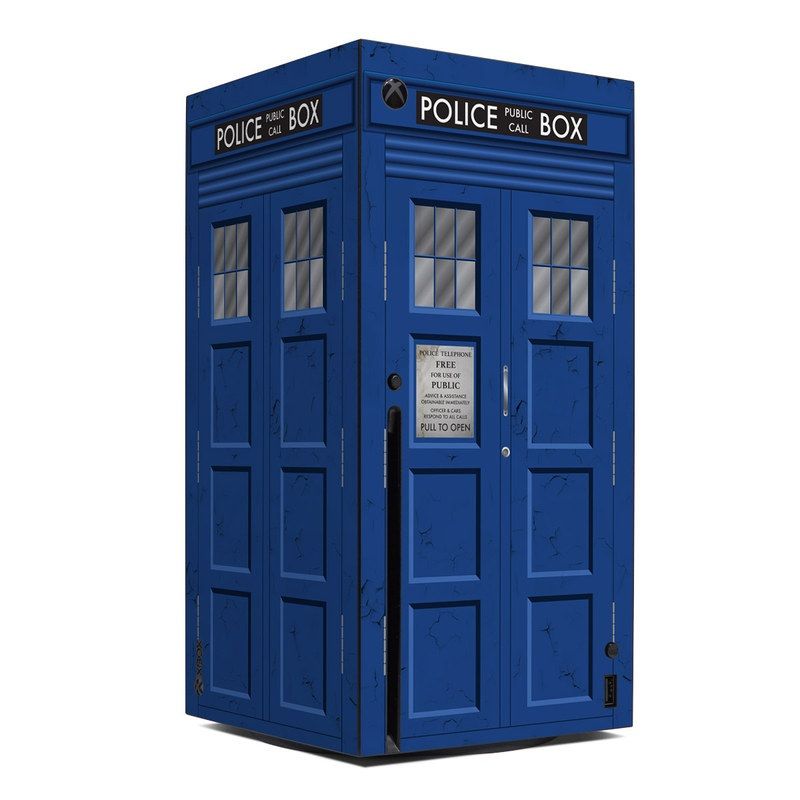 It’s just a vinyl skin, but we can see someone taking it to the next level. We could see the Xbox booting up with a whirring sound when it emerges into existence. We could also imagine a blue light on top of the box just for show. Maybe there could be a custom controller based on the sonic screwdriver too. The possibilities are endless.

There is in fact a controller inspired by this console design from DecalGirl, but it looks slapped together with a stretched Tardis image on the back with a vague blue look with the front. These decals retail for $9.99. 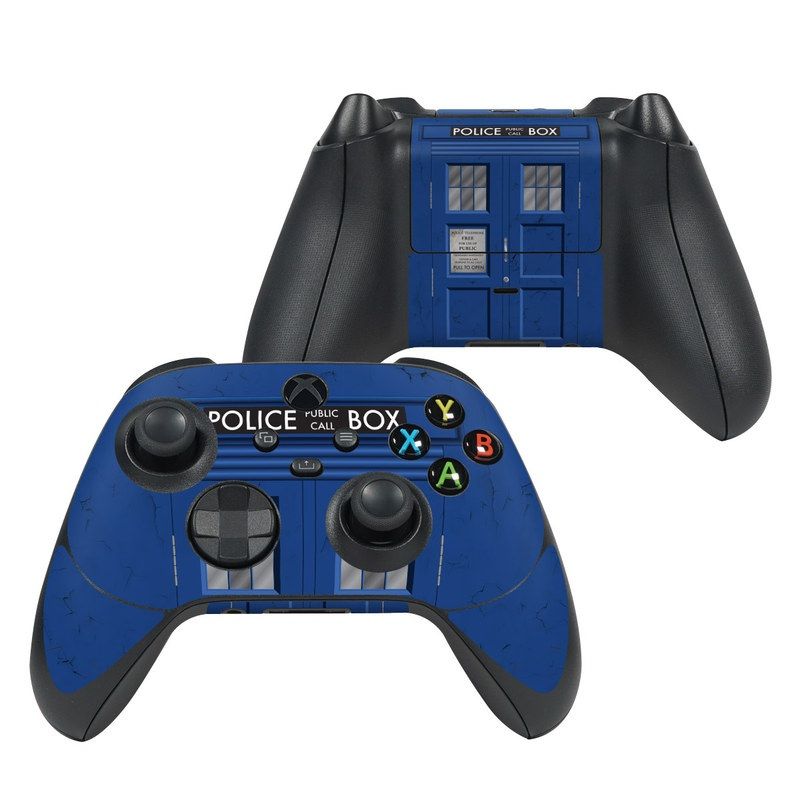 The Doctor Who series is not well-known for its games, especially on Xbox, but sometime this year that will change. Doctor Who: The Edge of Reality will be releasing on Xbox Series S|X, PS5, PC, Switch, PS4, and Xbox One. This game stars Jodie Whittaker and arguably the best doctor from the series David Tennant in a time-bending adventure against the Daleks, Cybermen, and more. The game will be a follow up to the VR title The Edge of Time, which received a mediocre response from critics.

The Edge of Reality, however, has been developed for both current and next generation consoles in mind, and according to the publisher will have new worlds to explore. Hopefully this time fans will say “Allons-y” to this new video game adventure through space and time.

The music of The Edge of Time must have been pretty awesome, though, as a vinyl record for the game’s soundtrack was released this year.