Dogs are treasured companions, even in Skyrim. When a dog you were trying to trap turns out to be estranged from its owner, you get the chance to go on a journey to reunite the hound with his master. You will get to speak with it as you fight through vampires and bandits just to make it happen.

It is a shame that the dog's master has a dim view of his companion and an even greater shame that said master is the Daedric Prince of Bargains. He offers you a mighty weapon in exchange for silencing his own dog.

Updated November 21, 2022 by Nicolas Ng: This article has been updated with new images and tips with the rest of the walkthrough to smooth out the reunion. 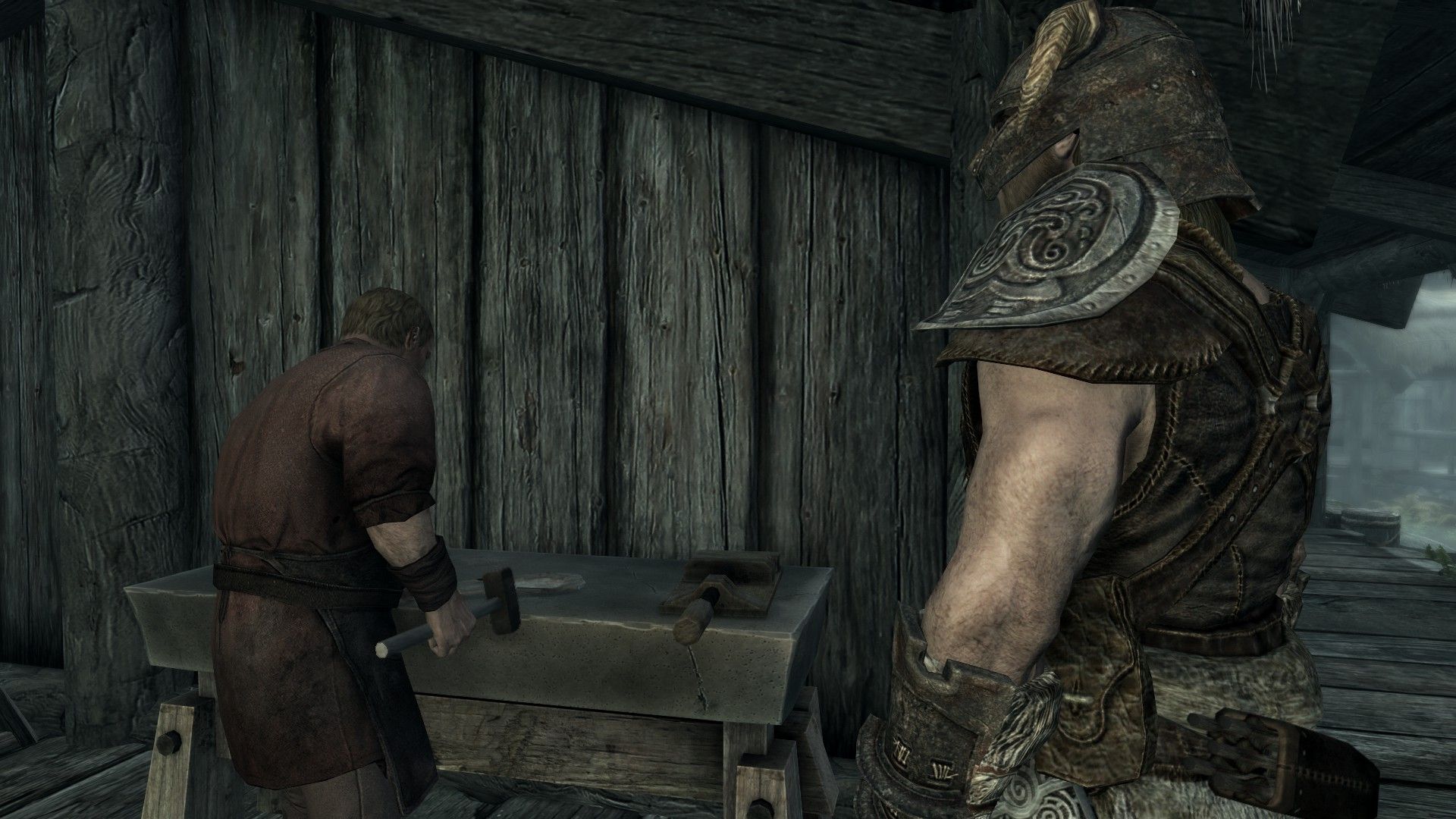 The main purpose of this quest is to unite a stray dog, Barbas, with his master. You'll need to be at least level 10 to begin this quest.

Once you are, head to Falkreath. You'll find a guard asking if you've seen a seemingly-stray dog outside of town. He'll tell you to talk to Lod, a blacksmith, who will task you with catching this dog. You'll also be handed some raw meat to lure the dog with.

You can persuade Lod to give you some of the reward in advance. It's not much, but it is gold.

Head south from here to begin your search. You'll eventually find the dog that everyone is talking about, and it turns out that dog also has a lot to say. He'll introduce himself as Barbas, before asking for your help settling a quarrel he had with his master.

You can bait the name of his master out of him, and you'll learn that it's the Daedric Prince of wishes, Clavicus Vile. You'll need to head to where Clavicus Vile's shrine is located — Haemar's Shame. 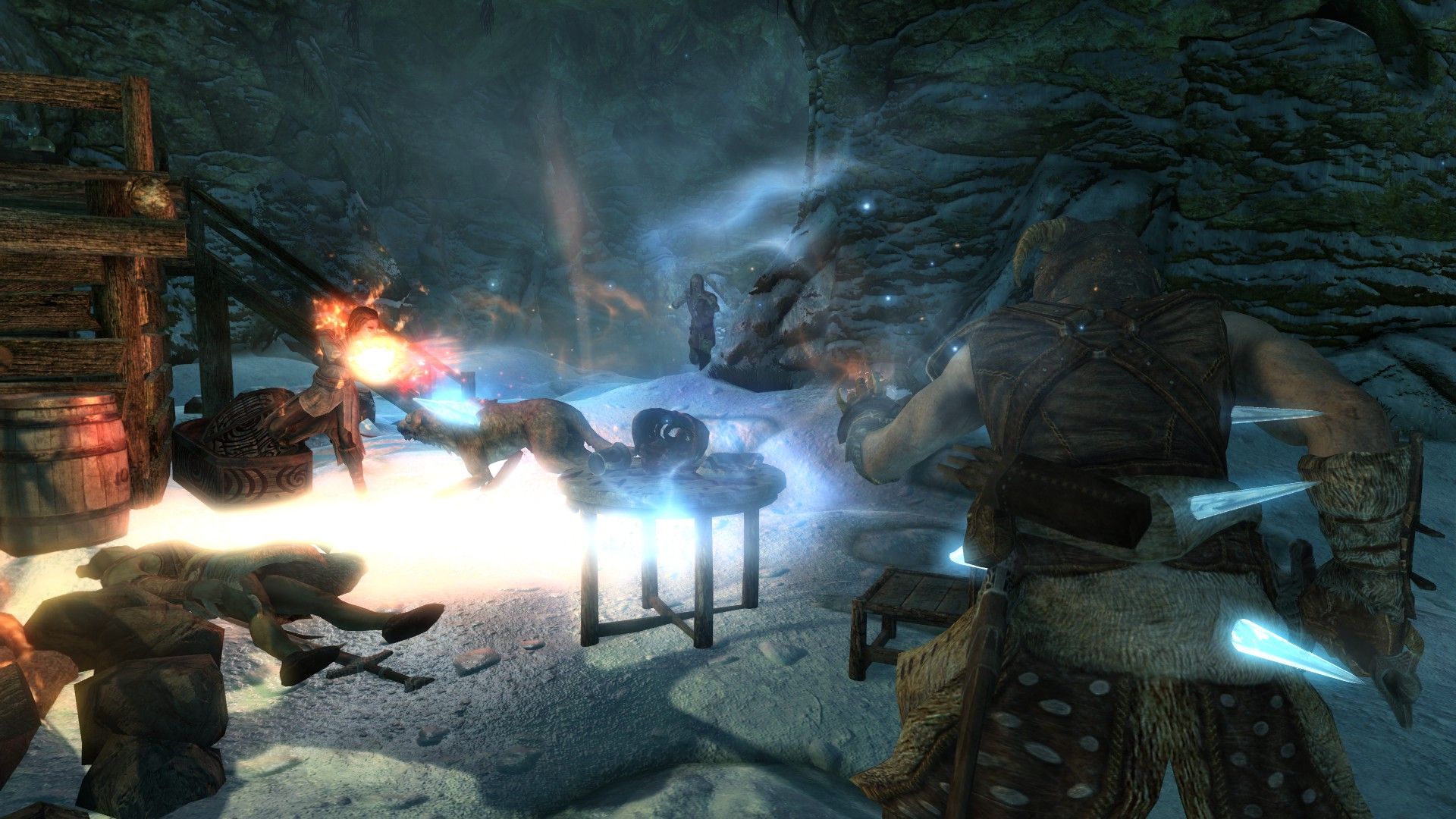 Accompany Barbas to Haemar's Shame, or, if you want, you can tell him you have other things to do and meet him there later. Should you choose to meet him there another time, he'll travel on his own, and you can save yourself some extra work.

Should you decide to accompany Barbas, you'll have to put in some extra elbow grease. The journey is long, and Barbas is easily distracted.

On this journey, you'll find that Haemar's Shame is very far from Falkreath. Along the way, you'll have to deal with any enemies you encounter, including at least two separate bandit encampments. Luckily, Barbas can't be killed, so you don't need to worry about protecting him.

Once you arrive at Haemar's Shame, you'll venture inside with Barbas to find the entire dungeon filled with leveled vampires who worship Clavicus Vile. Nothing here is too out of the ordinary.

Vampires may inflict Sanguinare Vampiris, the disease that turns you into a vampire. Be sure to check if you have it and remove it by praying at a shrine or drinking a Potion of Cure Disease once you have cleared Haemar's Shame.

You just fight your way through Haemar's Cavern and the opponents, then into the area of Haemar's Shame proper, which contains a Frostbite Spider and some other foes, before you find the shrine of Clavicus Vile.

If you need, you can find an arcane enchanter and alchemy lab along the way.

The Shrine of Clavicus Vile 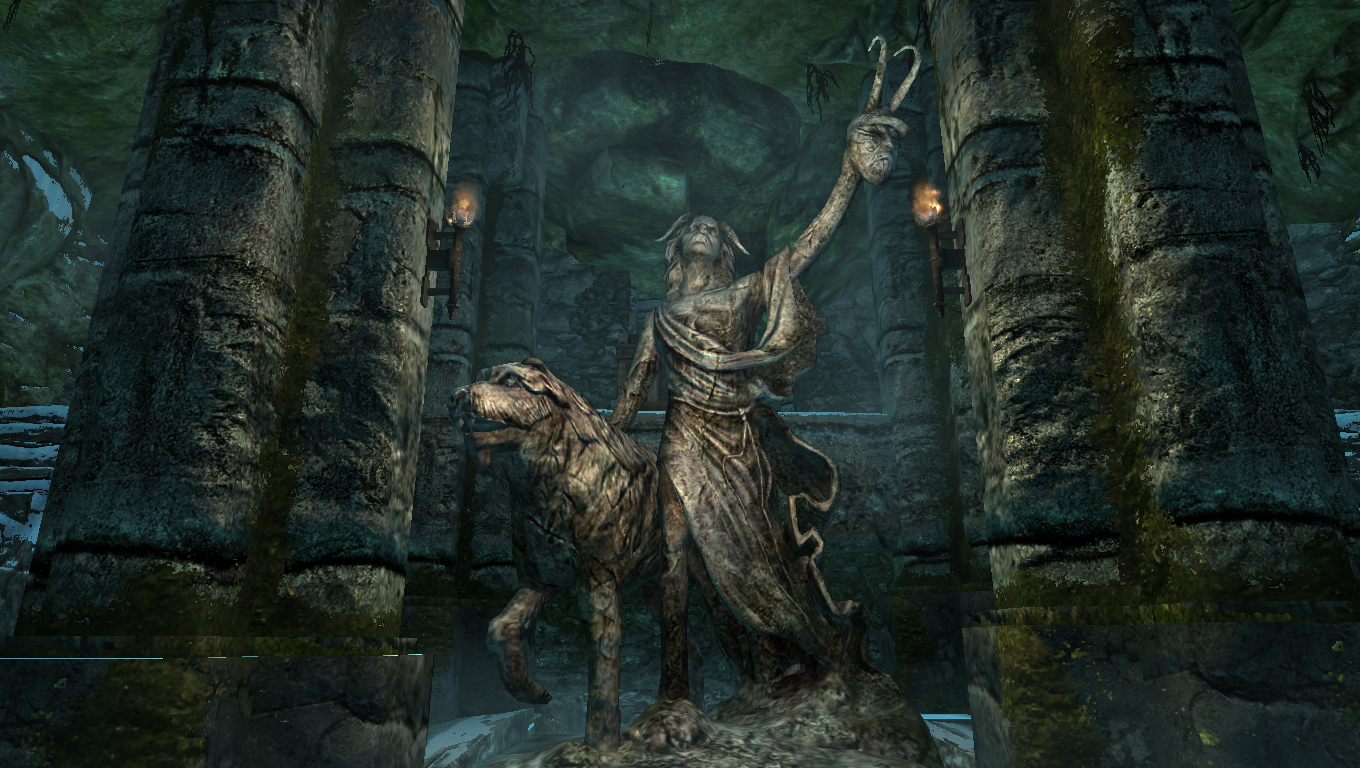 Once you reach the room where Clavicus Vile's shrine is, there will be a boss to fight: a leveled vampire that Barbas will be fighting when you arrive. Dispatch him and then approach the statue and speak with it.

Clavicus Vile will begin to speak with you, telling you that he is willing to strike a deal with you. He'll then go on to express his disdain for Barbas, stating that he knows a way that you can both achieve something you want. He'll task you with retrieving his Rueful Axe from Rimerock Burrow.

It's worth noting that there's a chain behind the statue you can pull for a shortcut back into the room, so you don't have to take the long way when you return. 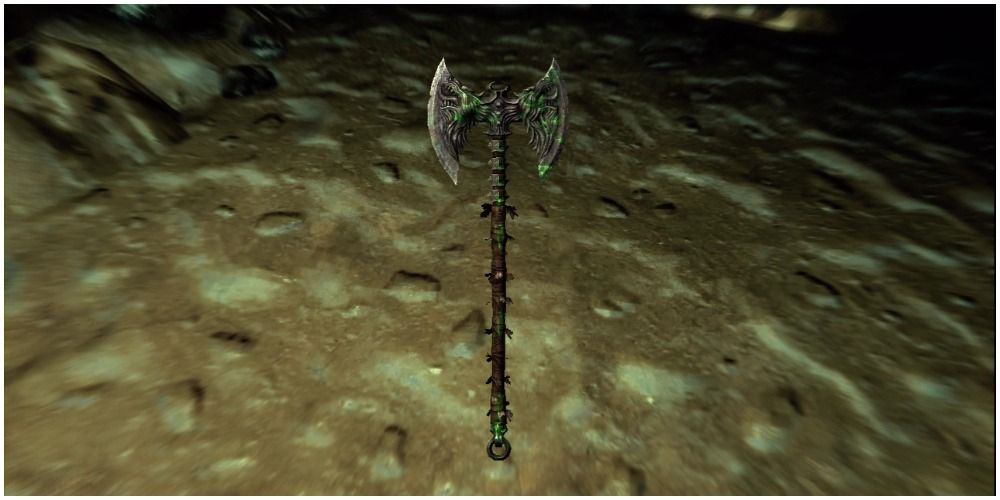 You'll need to head to Rimerock Burrow, which is located in the far northwest corner of the entire map. Barbas will accompany you, per Clavicus Vile's instruction, but you can tell him to stop following you if you wish.

Once you arrive at Rimerock Burrow, you'll find a leveled atronach inside. Head to the next room, where you'll find the mage Sebastian Lort.

Lort uses some pretty decent Conjuration spells to attack but isn't that difficult to take down. He may summon a Flame Atronach during the fight.

After this fight, grab the Rueful Axe and head back to Clavicus Vile's shrine in Haemar's Shame.

Killing Barbas Or Letting Him Live 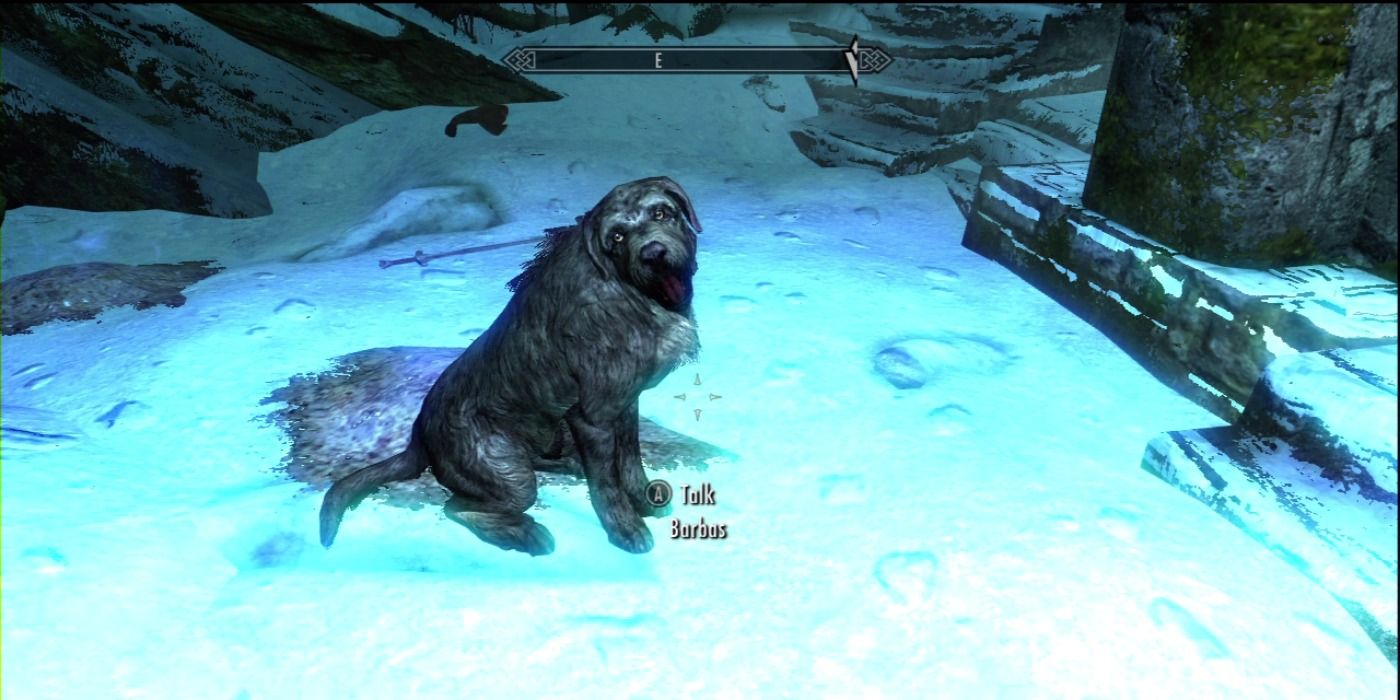 Clavicus Vile, always the trickster, will try to convince you that you need to kill Barbas if you want to keep the Rueful Axe. Barbas will, fittingly, protest. You have to choose between two choices here.

If you choose the Masque, you won't get to keep the axe, but you'll be able to earn the Oblivion Walker achievement and walk away knowing you didn't kill a dog.

Choosing the Axe will prevent you from earning the achievement.

Either way, you'll be done with this quest. Return to Lod in Falkreath for the small amount of gold he promised you.

Rueful Axe Vs The Masque of Clavicus Vile 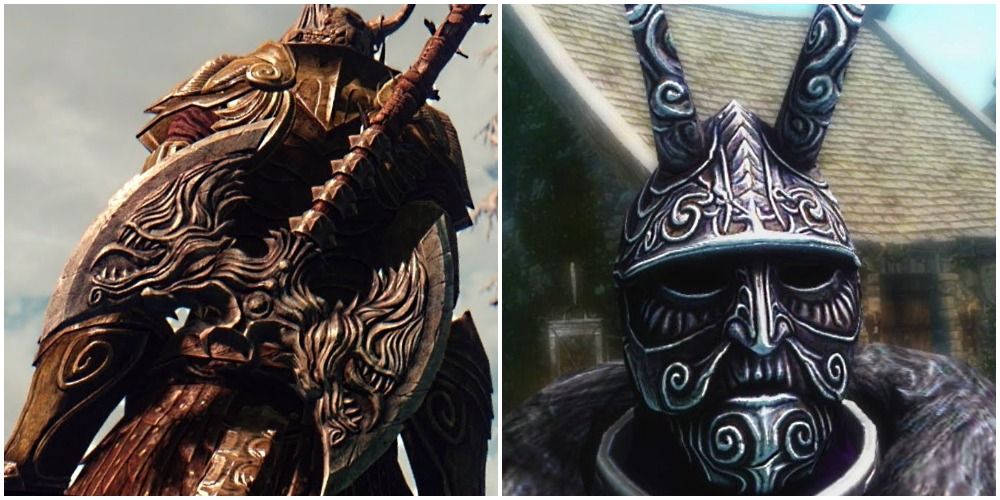 Here are the stats and other info about the two items:

The Rueful Axe is not a true Daedric Artifact. This axe is the slowest melee weapon in the game, but has a damage rating of 22 and does 20 points of Stamina damage. It can be upgraded with an Ebony Ingot but does not benefit from any Smithing perks.

The Masque of Clavicus Vile is a true Daedric Artifact. It will earn you respect from anyone you meet. It will improve prices by 20 percent and improve the Speech skill by ten points. It also causes Magicka to regenerate five percent faster.