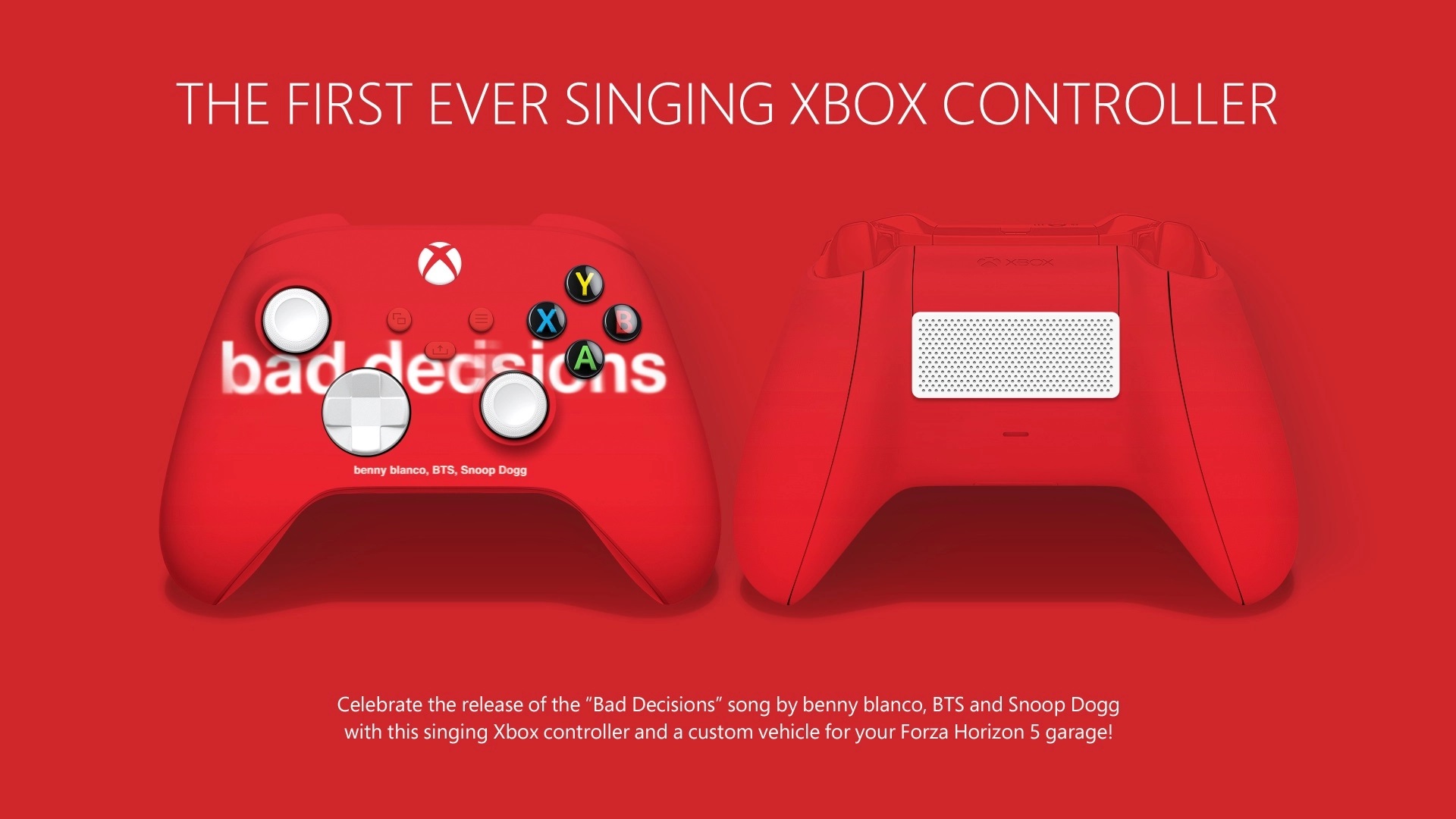 To promote a new single from Benny Blanco, BTS, and Snoop Dogg, Microsoft is giving away a themed Xbox controller that plays the song.

We honestly thought Microsoft couldn’t make an Xbox controller weirder than the furry red and blue ones it had to promote the second Sonic The Hedgehog movie.

Apparently, Microsoft took that as a challenge because its latest Xbox controller may be even more bizarre, because it can… sing.

Specifically, it has speakers attached to its back and can play music at the push of a button. This isn’t some iPod alternative, though, since it can only play one song.

This is because the controller has come out of a partnership between Microsoft and three musicans: DJ/songwriter Benny Blanco, beloved South Korean boyband BTS, and rapper Snoop Dogg.

The three have collaborated on a new single called Bad Decisions, which is the one song that the controller can play.

It also has the song’s name written across it in white lettering, with the musicians’ names printed along the bottom. Not their signatures, mind you, just their names.

Just like the Sonic controllers, Microsoft isn’t putting these up for sale but is instead giving them away through a sweepstakes competition.

All you have to do is follow the official Xbox Twitter account and then retweet the announcement with the hashtag #BadDecisionsSongXboxSweepstakes. The competition ends on August 25.

Microsoft’s terms and conditions confirms that only 30 will be given away, although it curiously describes the controller as for ‘display use only’.

This might suggest that you can’t even use it to play Xbox games, although it’s not obvious why that would be the case. Microsoft’s blog post and Twitter account don’t mention anything about it not being used for games, so we won’t know for certain until people actually get their hands on one.

The collaboration doesn’t end there, either. Microsoft has also added a new vehicle to Forza Horizon 5, sporting the same red and white colour scheme as the controller and the musicians’ names written on the hood.

This one isn’t a competition prize and is readily available for download from the in-game Gifts tab.