Shin Megami Tensei 3 Nocturne HD Remaster will give European and US players the chance to make the game even more like they remember by adding Dante from Devil May Cry as a guest character via a Maniax DLC Pack (thanks Gematsu ).

The DLC is a reference to the enhanced edition of the game – the version which landed on European shores – that included Dante as an additional and recruitable character in the game.

With Atlus adding the Maniax DLC Pack to the new Remaster, players will be able to select “New Game ~Maniax~” when they start a new title and meet Dante in the game (instead of the Japanese version's Raidou Kuzunoha.

Every instance in the game in which Raidou Kuzunoha is then altered to Dante (including the movie at the start of the game). 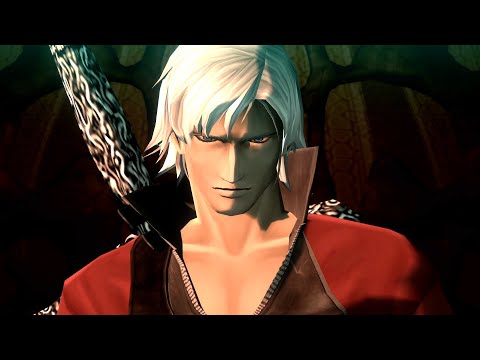 Downloading and activating the DLC also changes the name of the game to "Shin Megami Tensei 3 Nocturne Maniax" in the game's various menus.

Downloading and switching on the bonus DLC also gives Dante’s skill “Son’s Oath” the ability to pierce – meaning you can better use him to take on some of the game's hidden superbosses.

Now, the apocalyptic legend returns in a full high-definition remake of the classic game, coming to Nintendo Switch in 'spring' 2021.