Shadow Isn’t Allowed To Make Jokes, According To Sonic Writers

In recent years, Sonic fans have noticed a curious lack of Shadow. In both the games and the recent Sonic Boom show, the fan favourite hedgehog has had very little screen time. And when he does appear, many are disappointed to see him reduced to an edgelord, despite having previously been shown to care for others. Well, now it looks like we know why.

According to Sonic writers, Sega is way too overprotective of Shadow. Creatives hoping to use Shadow in their games, shows and comics apparently have to adhere to strict rules on how he is allowed to act, leading some to feel that it's simply not worth the hassle. Frustratingly, one of these rules even dictates that Shadow isn't allowed to make jokes, explaining why he's so edgy in recent appearances.

This confirmation comes from Ian Flynn, a writer on the comics who is also working on Sonic Frontiers. On Twitter, he shared an extract from an interview from Megavisions with Sonic Boom writers Alan Denton and Greg Hahn, going into the difficulties they faced with Shadow.

"Writing for Shadow was a challenge in itself", says Denton. "Sega did not consider him a comedy character. They told us we could use him, but he was not to be making any jokes […] So to work around that, the joke became the very fact that Shadow is completely humorless. So edgy, all the time."

Even worse, Shadow wasn't the only character this applied to. The writers admit they much preferred using their own original characters, because even a cameo from Vector the Crocodile or Big the Cat would require "layers of clearance".

"It would have taken ages to get approved", says Hahn. "It wasn’t worth it. Hence why there’s only Shadow, Metal Sonic, and Vector the Crocodile in a handful of episodes." 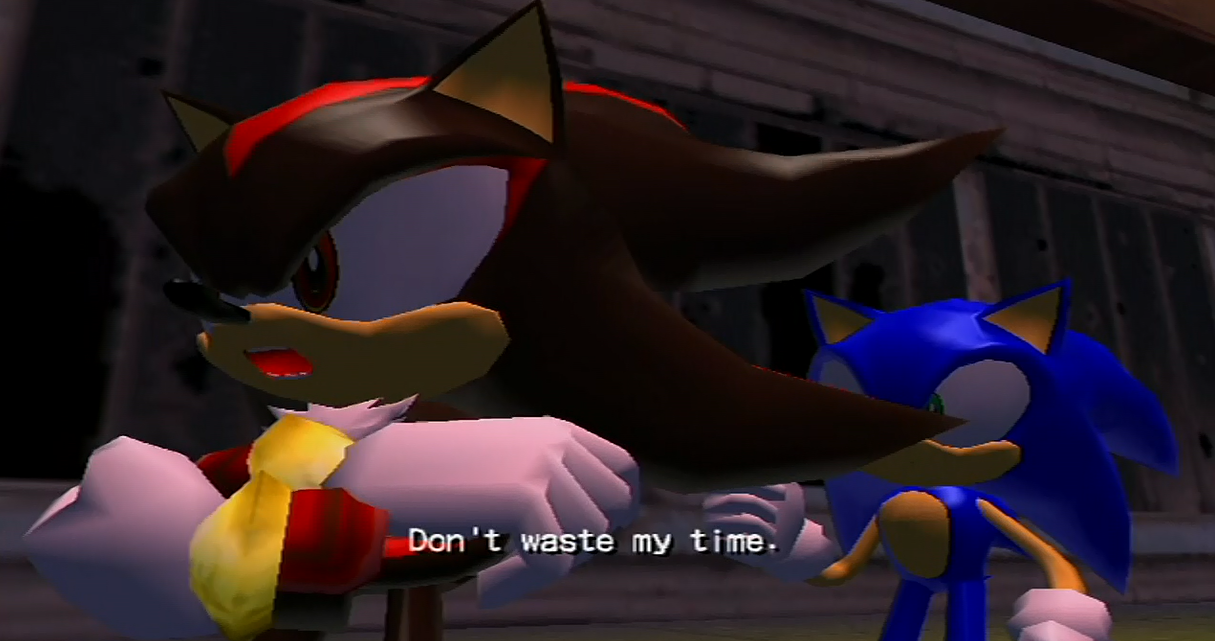 Seemingly confirming this to be the case, Flynn quote retweeted the interview, writing "QT'd without comment". Flynn has also previously indicated that the writing mandates make it so Sonic isn't allowed to cry, so it seems Sega is pretty strict across the board.

For those of you who just dip in and out of the Sonic series, you may have only known Shadow as the hateful, doom and gloom counterpart to the blue blur. However, Shadow has previously been shown to be a good 'hog at heart, even in his first appearance. His story in Sonic Adventure 2 ends with him sacrificing himself to save humanity, keeping his promise to his friend, Maria. On top of this, he has been shown to have a softer side, saving Cream the Rabbit when asked to, so clearly not being completely apathetic.

With any luck, we'll see this side of Shadow again one day. Just don't expect him to be cracking jokes anytime soon.