Sephiroth made his appearance so early in Final Fantasy 7 Remake to show his "massive influence on the world of Remake".

To celebrate the 25th anniversary of Final Fantasy 7, Square Enix has been sharing blog posts that dive deep into each chapter of Final Fantasy 7 Remake, asking the developers specific questions about the game and sharing more information, easter eggs, and secrets regarding its development.

The most recent article takes a look at the second chapter of Remake, Fateful Encounters, which marks the first appearance of Sephiroth and Aerith. As fans of the game will know, Sephiroth appears much earlier in Final Fantasy 7 Remake than he does in the original game, indicating early on that things are going to be different. This chapter asks the developers why they chose to have Sephiroth appear here instead of later in the game. 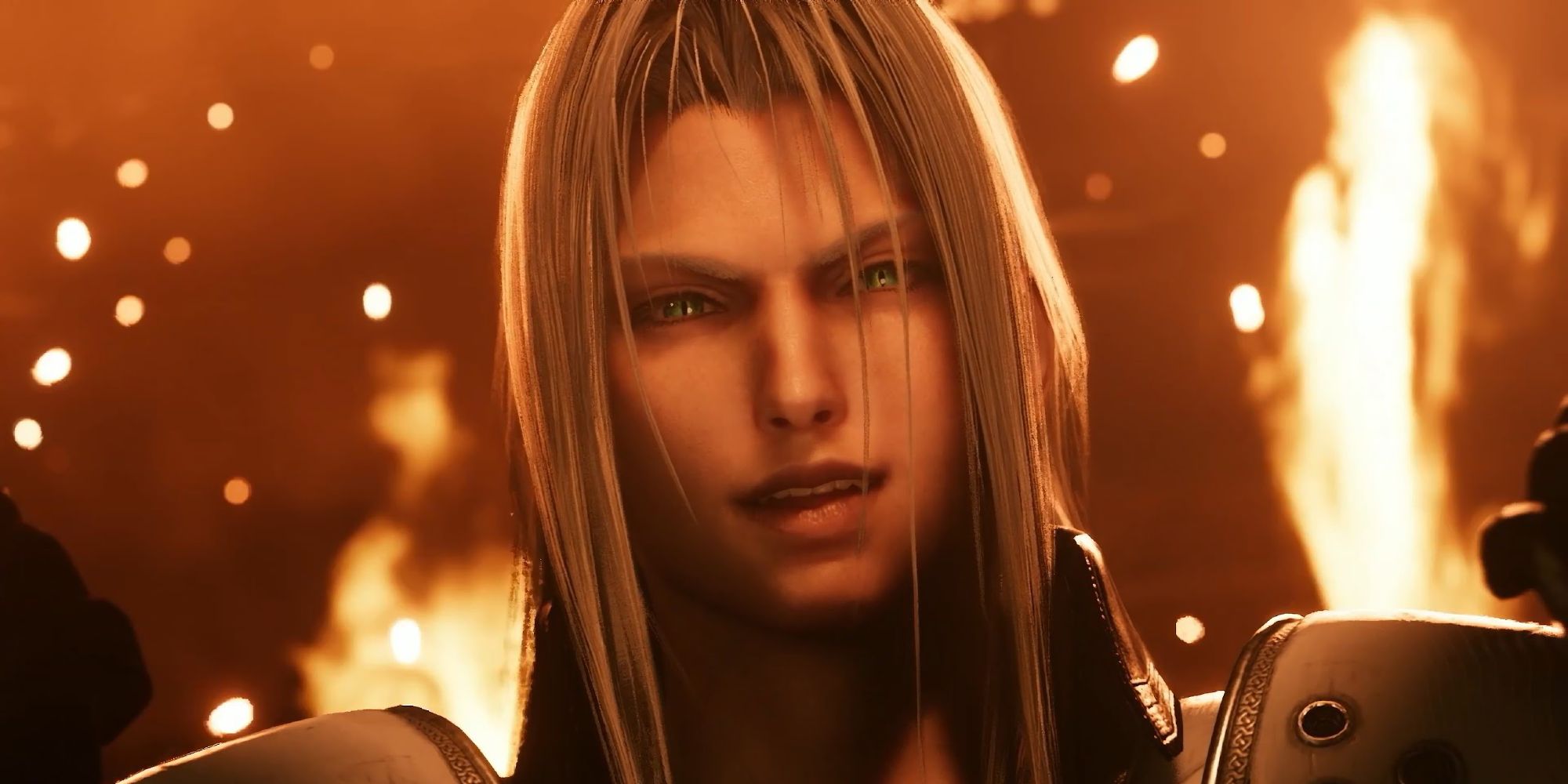 In response, co-director of scenario design Motomu Toriyama said, "There was the intention to show the effect that a most likely imagined Sephiroth had on Cloud's mind at an early stage, but his earlier appearance was also because his existence had a massive influence on the world of Remake itself."

Toriyama's comments here are interesting as they seem to imply that Sephiroth had some kind of influence on the creation of the world of Remake, which supports fan theories that Sephiroth is aware of the original timeline and is trying to change the events so that he survives, something that is supported by the edge of creation scene in the original game. The mention of "the world of Remake itself" also seems to imply that it is its own universe separate from the original game.

Toryiama also clarifies what exactly is happening between the Whispers and Aerith when Cloud runs into her, as there was some confusion as to whether Aerith has tried to change the timeline, "The Whispers surrounding Aerith in Sector 8 are not trying to interfere but are guiding events so that Cloud and Aerith meet each other for the first time there. The Whispers are making sure that Aerith stays in the area and does not run away because of the commotion from the reactor bombing."