This week our Features Editor Andrew King reviewed Jumping for Joy, a non-fiction book about the history of platformers, and it has prompted me to revisit my love of the genre. Though I find many modern day efforts to be both too simplistic and too overstuffed with poorly executed concepts, platformers remain my favourite genre in my heart. Either that or maybe video games were just better when I was a kid – whatever works. In any case, this all led me to thinking about Crash Bandicoot 3: Warped, my personal favourite video game of all time. It was when platformers peaked, having seen a slow and consistent rise to that point before falling off a cliff shortly after. But there's one thing we don't talk about enough – that time Crash Bandicoot rode a sickass motorbike.

The reason Crash 3 is my favourite of them all is not just that the raw platforming is great, but that there's so much variety. There are underwater levels, there are chase levels, there are levels where you ride a tiger across the Great Wall of China, jet ski levels, and aeroplane dogfight levels, and of course, levels where Crash Bandicoot rides a sickass motorbike. I believe I may have mentioned this before.

It's a completely unique concept in the game. On paper it's just a race, but there's far more to it than that. For example, in the jet ski and tiger levels, where you instead play as Coco, these are still variations of a 'true' Crash Bandicoot level. Your goal is to reach the end, you will lose lives when you die, there are checkpoints along the way – you know, it's Crash. Except it's Coco. The motorbike levels are closer to races, and while racing is not a unique concept in video games, the way Warped merges together elements of platform and racing is seamless and genius. 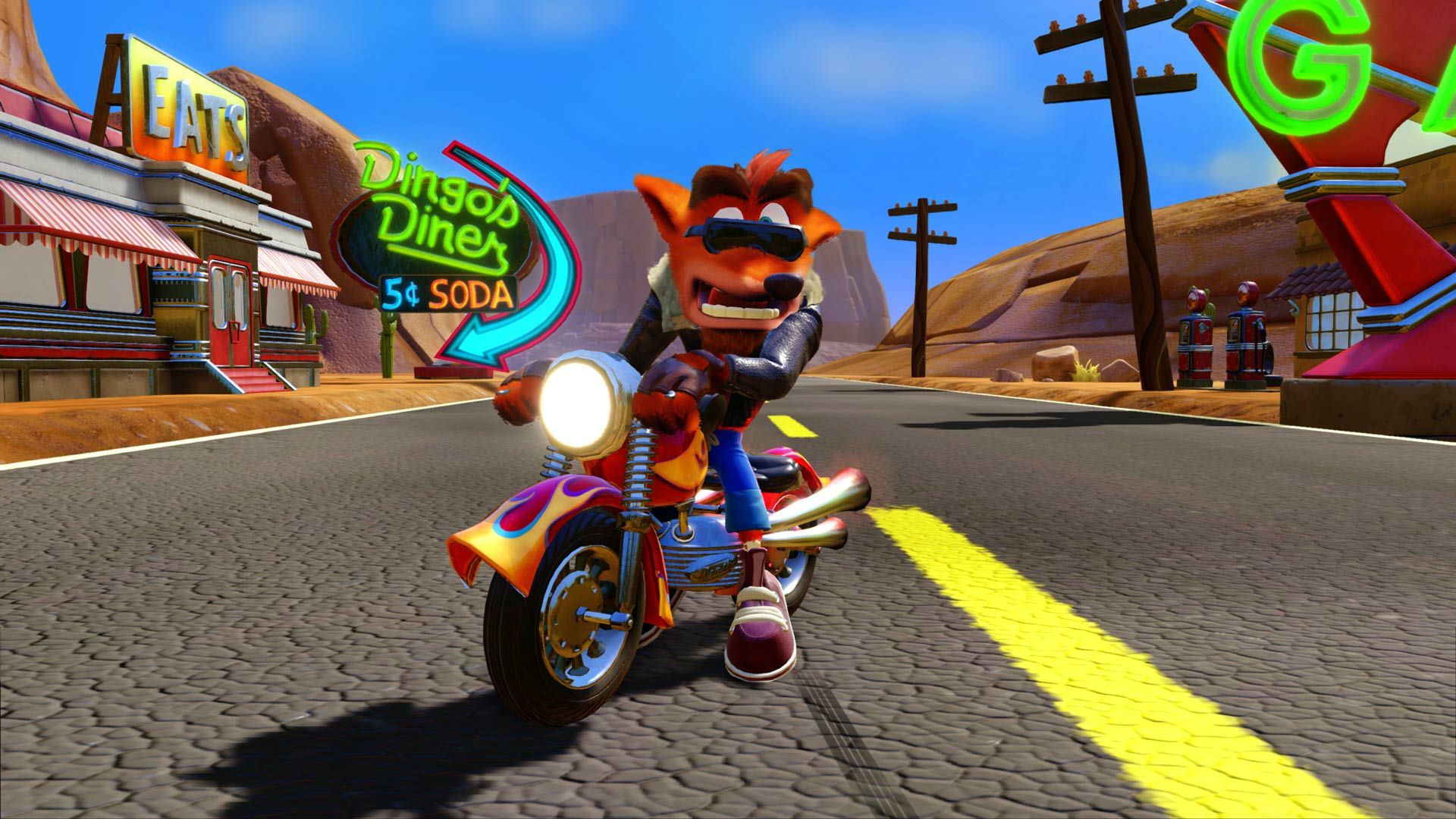 When you start you are in eighth place. The other cars are way out in front of you. They move a little slower than you, but you'll need to work hard to catch them up. It's a race, but unlike other racing games, you can't really influence the other drivers at all. They might occasionally give you a sideways swipe if you sit alongside them for a prolonged period, but mostly they stick to their lines exactly. You, in platformer style, need to plot the best pathway to overtake all seven of them, making sure you move cautiously enough to not fall down a hole, smash into a barrier, or skid off track. However, as with a racing game, you also have to be fast and play aggressively enough that you overtake the slowest cars as early as possible, giving you more open road to catch the racers out in front.

This melding of genres is even more impressive in the Time Trial modes. Since the way you win these levels in the regular mode is just by going fast, you'd think this would be a doddle, but racing the exact same line and speed won't win the Time Trial. Instead, you need to choose when to divert from the best path in order to smash some crates to freeze time for one, two, or three seconds respectively. It requires you to play the game as a platformer and a racer at once. 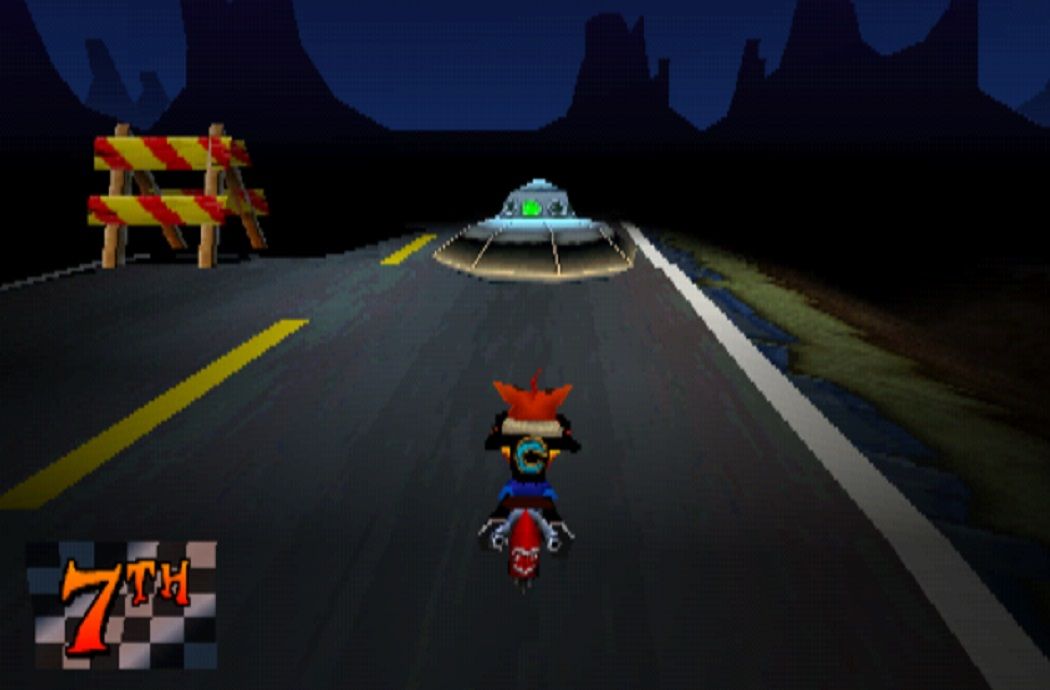 In the bonus levels, which also include a reference to Rings of Power (the Naughty Dog game, not the TV show), you'll even get the race against UFOs at Area 51 if you manage to crash Crash into the right road sign. Across all the Crash Bandicoot games, most notably the original trilogy (and in particular, Warped), Crash has always been a bandicoot of variety, pushing you to play the game in different ways for different rewards. However, none before or since are as cool as that time Crash Bandicoot rode a sickass motorbike.