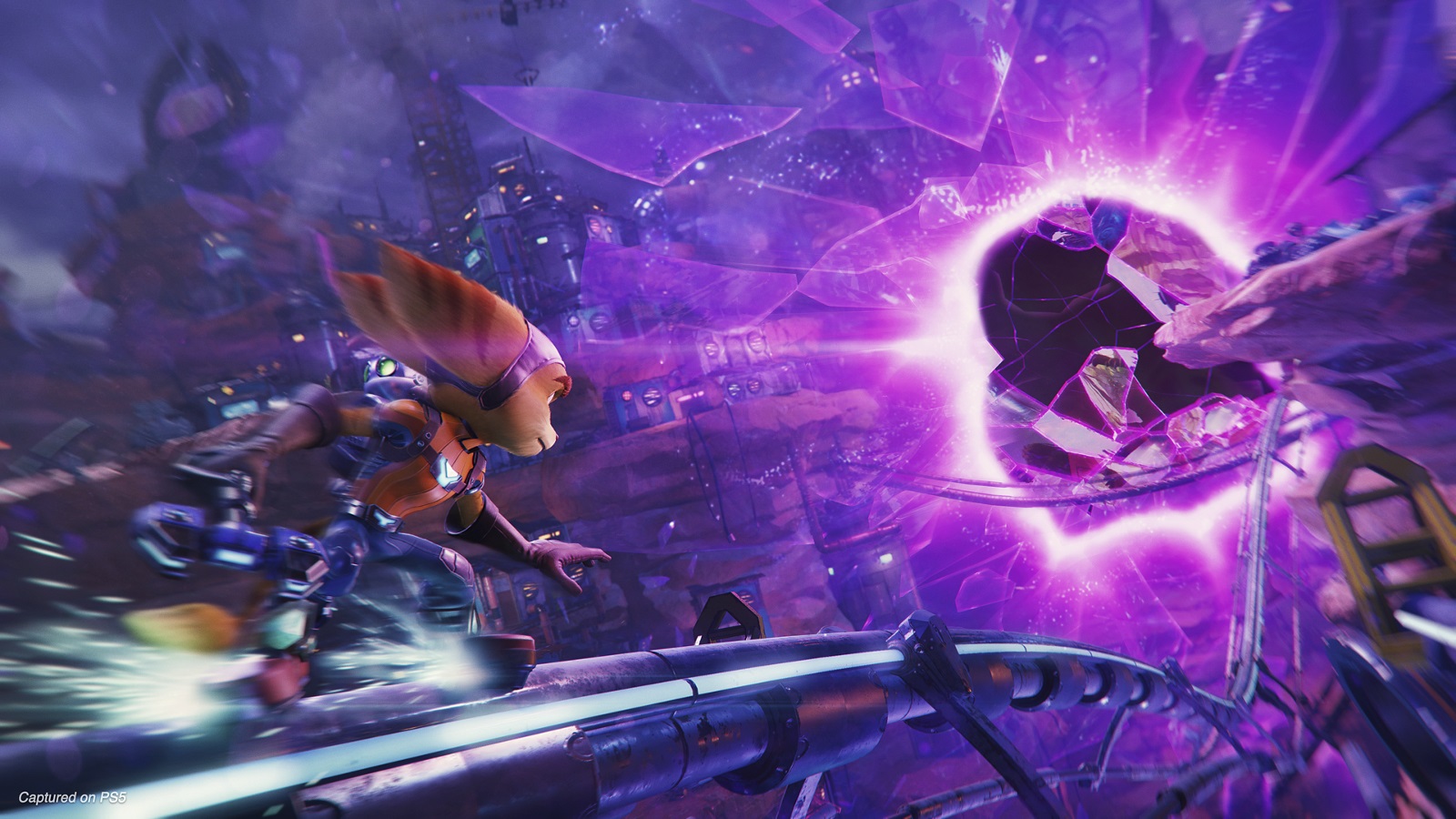 The founder of Traveller’s Tales has made a video explaining how the PS5 Ratchet & Clank game could’ve feasibly been made on older hardware.

One of Ratchet & Clank: Rift Apart’s most notable features is how you can warp between different planets almost instantaneously through the various rifts. It is undeniably an impressive feat and, when it was announced, Insomniac stated that such a game could only have been made on the PlayStation 5.

The game’s been out for a couple of months now and someone is claiming that, actually, Insomniac have got it wrong. And it’s not some online rando no one’s heard of but Jon Burton, the founder of Traveller’s Tales who has been making games since 1991.

Burton has since stepped away from Traveller’s Tales and is now the CEO of 10:10 Games, which he founded this past July. But he also runs a YouTube channel called Coding Secrets.

You can watch the video for a far more detailed breakdown, but he basically calls Insomniac’s first showing of the game misleading. While it looks like the worlds Ratchet is flung into through the portals are loading instantly, Burton says that each subsequent section is actually loading in the background.

So, by the time Ratchet has jumped through the first rift, the second section has already loaded in preparation; it isn’t happening immediately.

He also uses the pocket dimensions as an example, pointing out how they all take place in the same location and are graphically basic, so it would have been possible to make them on an older console.

He even directly compares the rift mechanic to his work on Lego Star Wars 3 for the PlayStation 3, where it was possible to switch between two different gameplay stages that you could see running simultaneously just as quickly.

Burton does clarify in both the video and a YouTube comment that this isn’t an attack on Rift Apart or Insomniac, pointing out that the game wouldn’t be as visually impressive as it is without the SSD. He just takes issue with the marketing stating things that aren’t true.

‘For the record, I think the game is great, and Insomniac are an amazing development team. The SSD is fully used enabling an amazing looking game with unbelievable graphics. The one thing I take exception to is the marketing saying the gameplay is only possible on the PS5 with an SSD. That clearly isn’t true, and the video explains why. But Insomniac rock.’