Being a Rainbow Six Operator is dangerous enough, but add in the intense threat of zombies infected by an alien parasite and the danger level gets kicked up about a hundred notches. Your roster of Operators in Rainbow Six Extraction put their lives on the line every time they enter a new infected zone. Sometimes the mission goes fine. Sometimes they may get seriously injured. And sometimes, they may not make it home at all.

If one of your incursions goes really badly, an Operator may become Missing In Action or MIA. This is the very last thing you want to have happen since it essentially makes it so you can't use that Operator any time soon. But don't worry, there is a way to recover your MIA Operators, and this guide will show you how.

How An Operator Becomes MIA 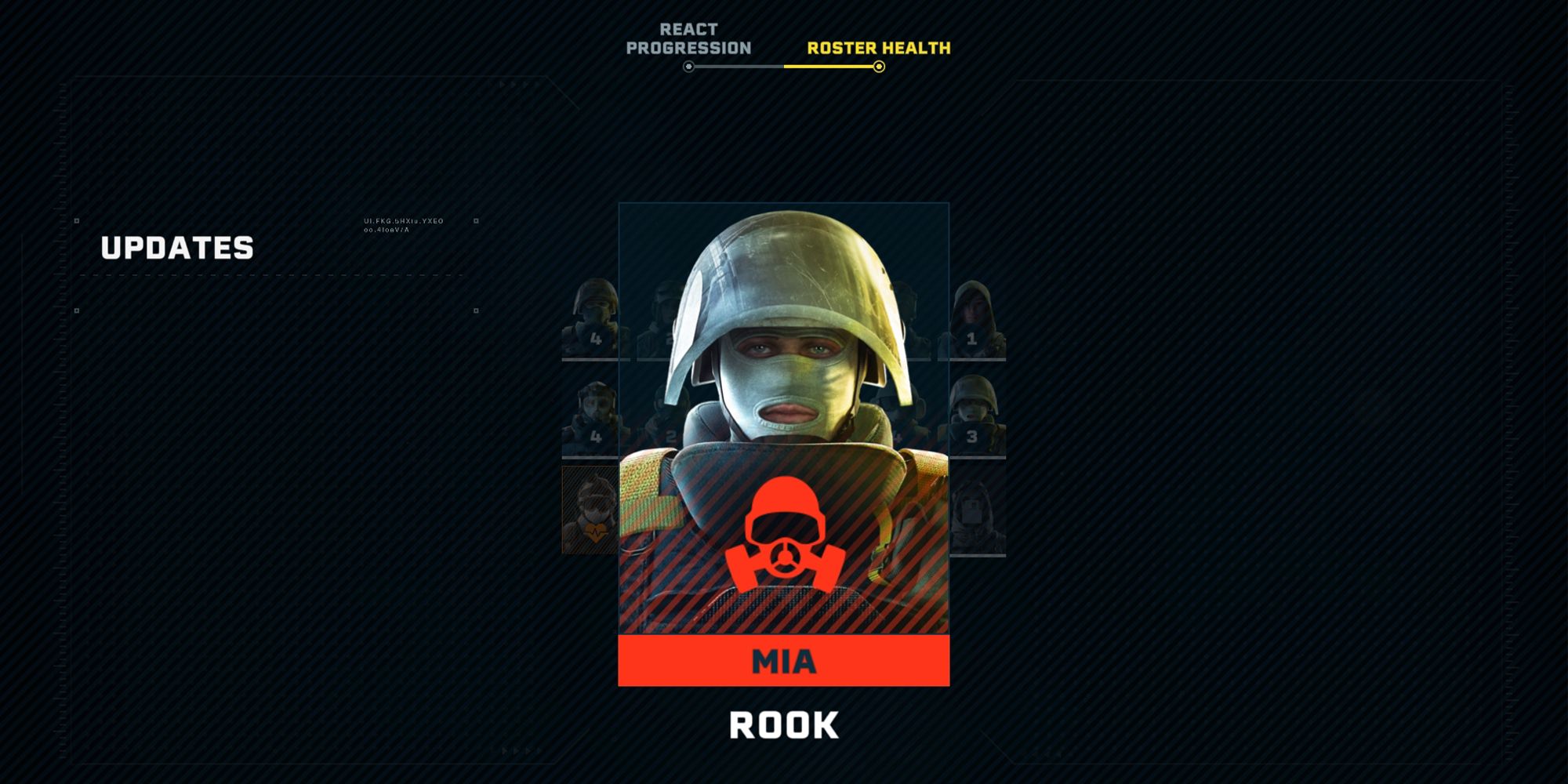 When you head out on an incursion, you can't recover any HP you lose when you take damage. All you can do is use medkits and certain Operator abilities such as Doc's Health Pistol to give your character a bit of temporary health. If the Operator you're using loses all of their hit points, they'll enter a state known as Down But Not Out or DBNO. Once you're in the DBNO state, one of your teammates needs to pick you up so you can continue the fight. Operators only have one life, so if you go down again, your character is knocked out and their body becomes encased in protective stasis foam to protect them from being infected with the parasite.

When an Operator is knocked out, the only way they can extract from the mission is if one of the other Operators picks up their body, hauls it over to the Extraction Zone, and places it in the Extraction Pod. If this doesn't happen and the foam-covered Operator is left behind on the mission, then that Operator becomes MIA. This also happens if every member of the squad goes down and the mission fails.

If one of your Operators becomes MIA, that means you can't choose them for any future missions until they're rescued. They'll be listed as MIA in your character roster and their character portrait will have a big, red MIA symbol stamped on it. Obviously, it sucks if one of your favorite Operators is lost out there, but what makes this already crummy situation even worse is that any XP that the MIA Operator earned while out on the mission is withheld from you. So not only do you need to save them so you can play as them again, but you need to get them back to get those experience points back as well.

This is a pretty tense scenario as failing the rescue attempt will result in you losing that XP and may lead to even more Operators becoming MIA. On the positive side, you can't lose all of your Operators. If things get too bad, the game will give you back the earliest character that went MIA, so you'll always have someone to play as.

How To Rescue An MIA Operator 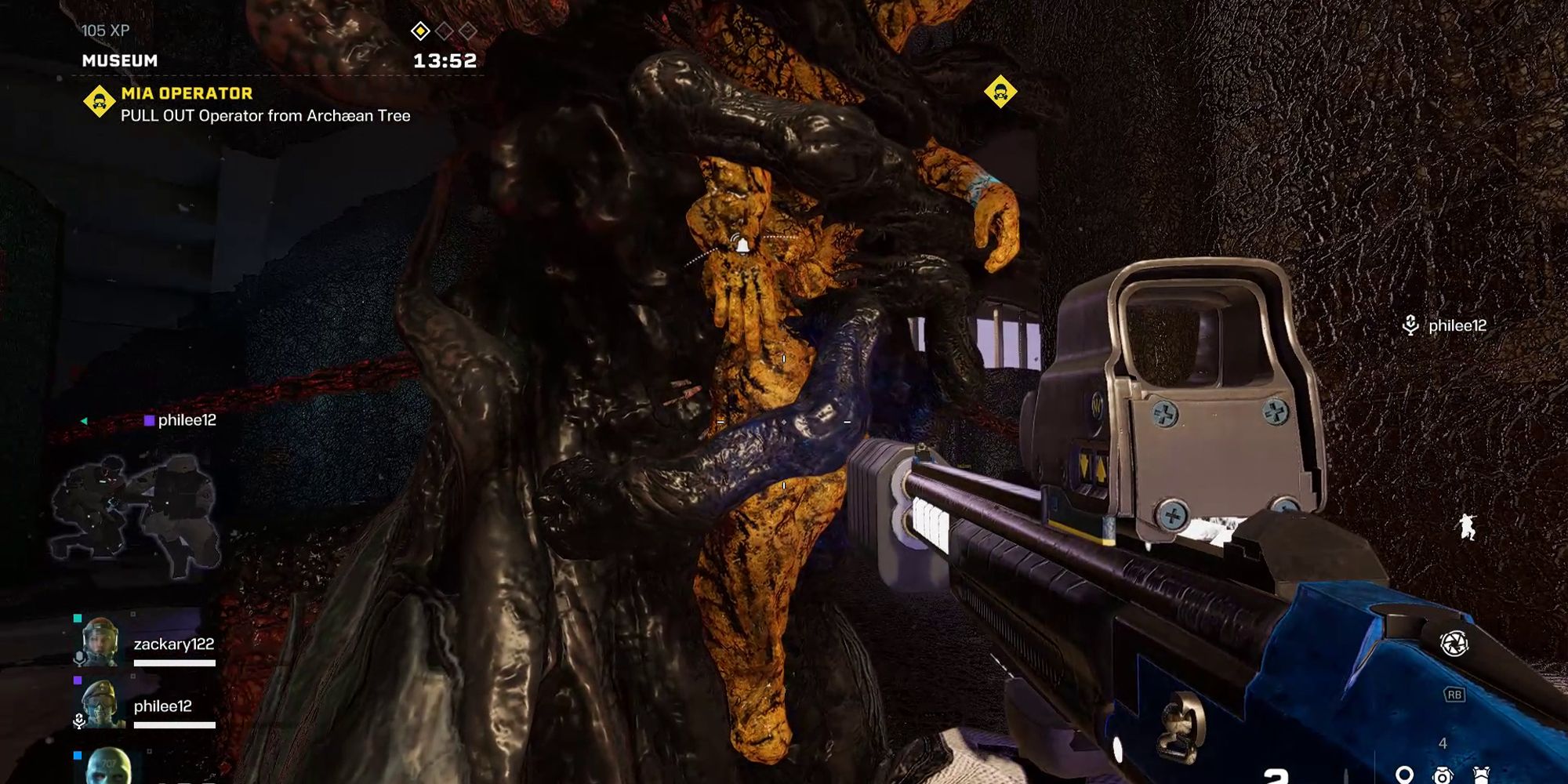 To rescue an MIA Operator, you first need to begin a new mission in the same level you lost them in. When the incursion begins, one of the objectives will task you with saving an MIA Operator, which will be the same one you're looking for. When you reach the section that has this objective, you'll first need to find out where your Operator's body is being held. The parasite will have captured them, and they'll be stuck to a structure called an Archaean Tree.

This objective requires one squadmate to pull on the foam-encased body to remove them from the Tree. This will leave them unable to shoot or use their equipment. While they're doing this, stringy tentacles called Anchor Points will shoot out, attach themselves to the walls, and start sending out bursts of energy called Cells toward the Tree. When these Cells reach the Tree, they increase its strength, which makes it take longer to pry the injured Operator loose. This essentially creates a tug of war between the Operator trying to retrieve their MIA comrade and the stubborn Archaean Tree. This is represented by these symbols that will appear on the screen. 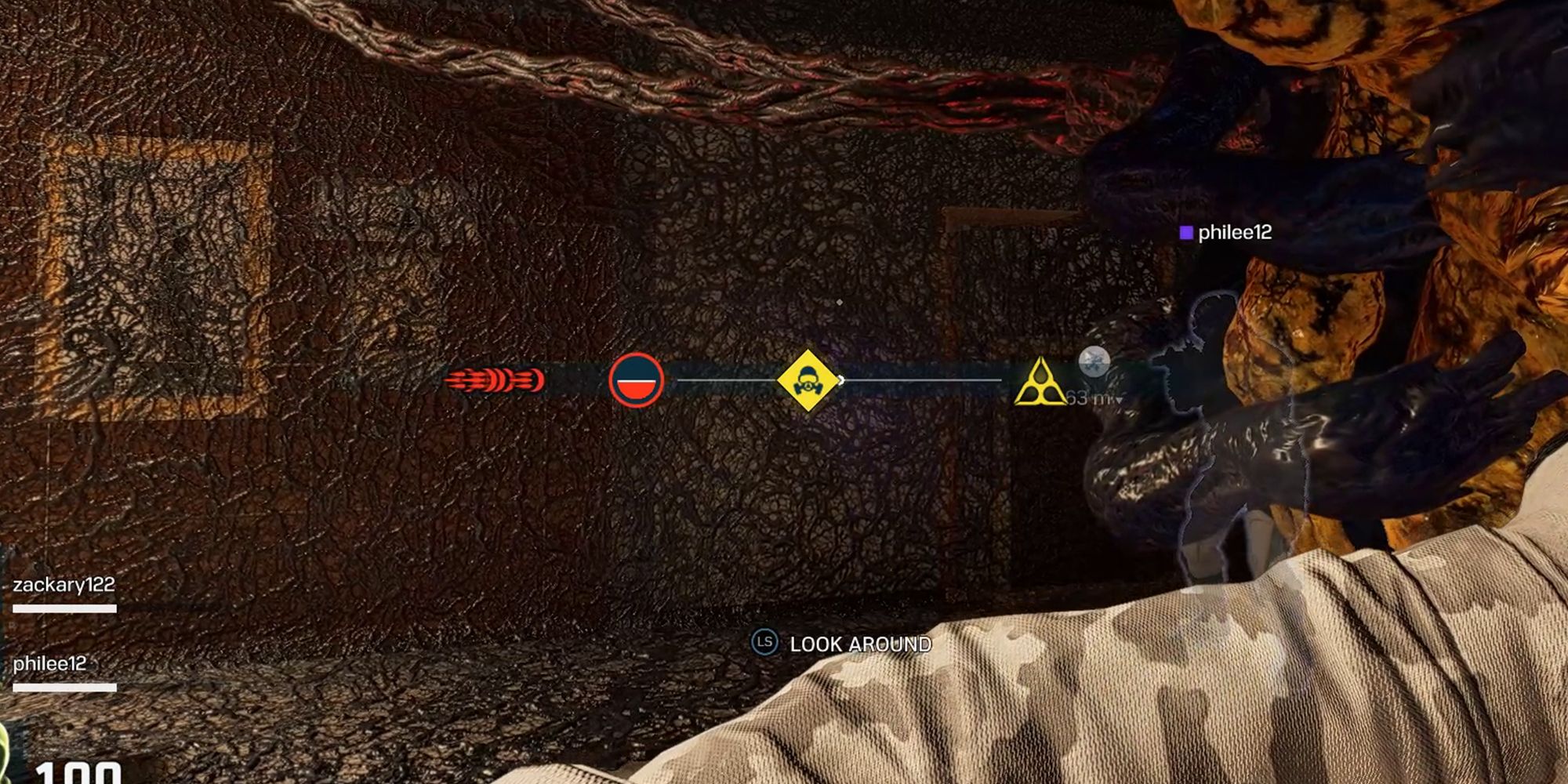 The yellow diamond in the middle represents you while the red circle is an indication of how much strength the Archaean Tree has left. The diamond will travel along this bar towards the triangular Extraction symbol on the right and the circle will slowly become empty as you continue to pull. Once the diamond reaches the end, the MIA Operator will be free from the Tree and ready for extraction. However, pay attention to the blips coming in from the left as those represent the Cells reaching the Tree. If they make it to the Tree, then the circle will fill back up and the tug of war will continue.

The best way to complete this objective is to have one Operator focus solely on pulling the foam-encased body free. Meanwhile, the rest of the team needs to protect them from incoming Archies and shoot the Cells to prevent them from helping the Tree win this tug of war. They can also shoot the Anchor Points themselves as they'll occasionally open up making them vulnerable to gunfire.

Once the MIA Operator is out of the Tree, the procedure is the same as extracting a knocked-out teammate. Carry their body to the Extraction Point, place them in the Extraction Pod, and you're home free. You'll get those missing experience points back and your Operator will listed as Inactive for a bit. Let them rest up after this traumatic ordeal, and they'll be ready to get back in the fight in no time.