The box art for Immortals Fenyx Rising is the first to include information on whether the game comes with a free next-gen upgrade.

The crossover period between one generation of console to the next can be a strange time. Console creators have to decide how long they will continue pumping money and time into the previous generation before leaving it in the past forever. It can also be a tricky time for developers who have titles nearing release. Deciding which console to release a game on at this time can make or break it.

For example, releasing a game on PS4 or Xbox One between now and November might not be the best decision. However, an innovative way around that has been put in place for this transition. The ability for players to upgrade a game for free should they have already bought it on the current-gen and want to play the improved version on a next-gen console.

Xbox will use its Smart Delivery system in order to do this, dictating that all games released on both the Xbox One and Series X must come with a free upgrade. While PlayStation hasn’t made it mandatory like Xbox, the same system is in place, and most developers are opting in. Marvel’s Avengers, FIFA 21, and Cyberpunk 2077 will all offer players a free upgrade from PS4 to PS5 if they need it. 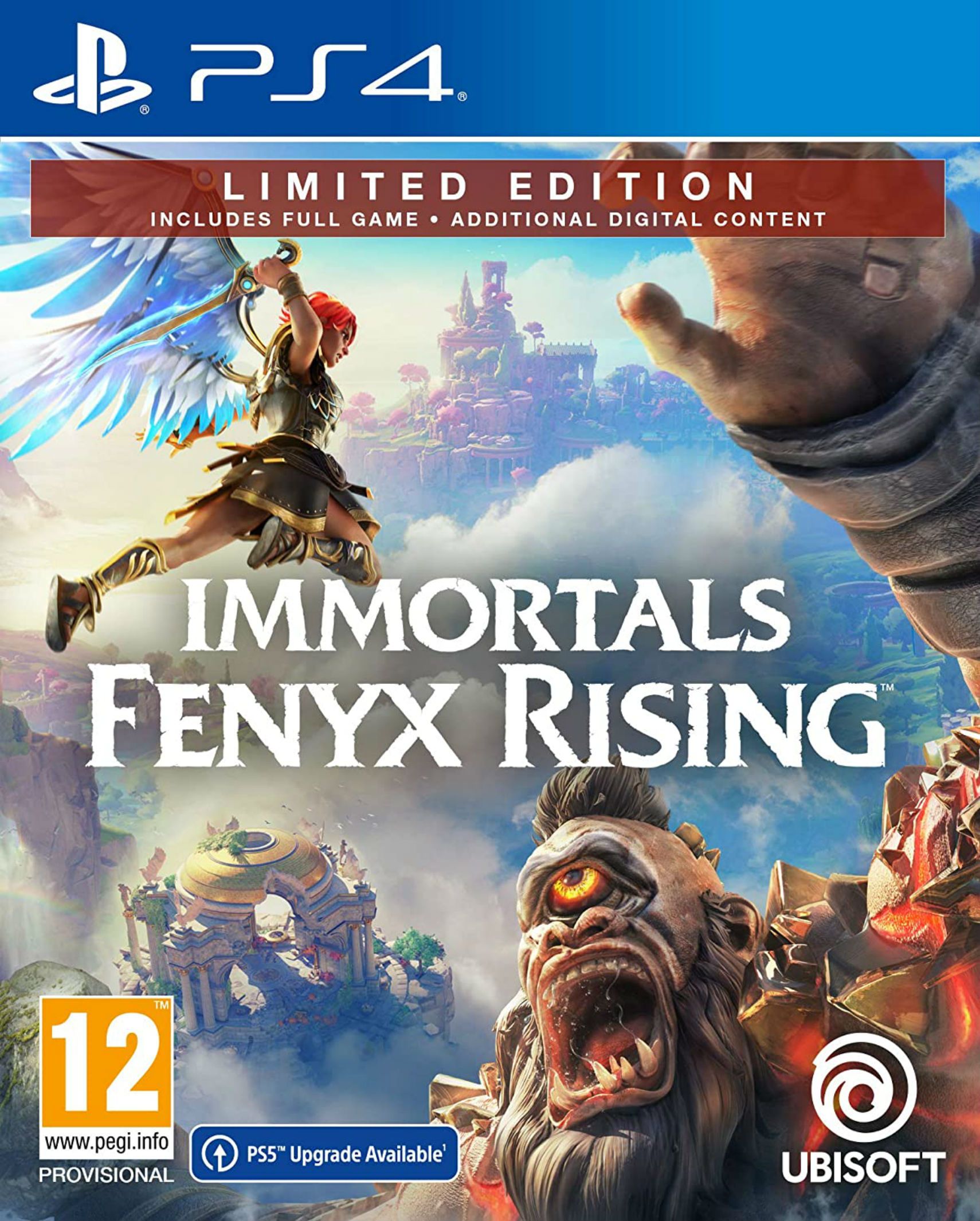 As for how PS4 and PS5 owners will know which games come with a free upgrade at a glance, that has been demonstrated by the first look at Immortals: Fenyx Rising’s box art. At the bottom of the box, to the right of the PEGI age rating, there’s a small blue box that reads “PS5 Upgrade Available”.

It seems like a no-brainer for developers to offer a free next-gen upgrade, and as far as we know, there aren’t any PlayStation games that won’t be offering one. It seems unlikely that someone would buy the same game on two consoles, and knowing that a developer has decided to not offer a free upgrade when everyone else is doing so might convince someone to swerve the game altogether.