This article is part of Pride Month Picks, a collection of pieces that aim to highlight queer representation across games, television, film, books, and more throughout June.

Visual novels have been trading in romance longer than most genres in the medium. What began in Japan has now expanded worldwide with independent titles and crowdfunded translations of classics that had never before seen an official release.

Of course there are also games such as Danganronpa, Persona, and the likes of Hades or Coffee Talk, that adopt and iterate upon the system of building relationships with characters and pursuing romance in a distinct way that expands upon what visual novels first pioneered in a variety of ways. The list nowadays is endless, and it’s wonderful to see a once niche genre find such a varied audience.

We’ve moved away from that original definition as video games begin to embrace more experimental approaches to narrative and how we can come to love characters and find value in the people they meet, befriend, and potentially fall in love with. Shipping is a widespread trend for a reason, with developers having created pairings worth investing ourselves in that goes beyond the games that first introduced them. 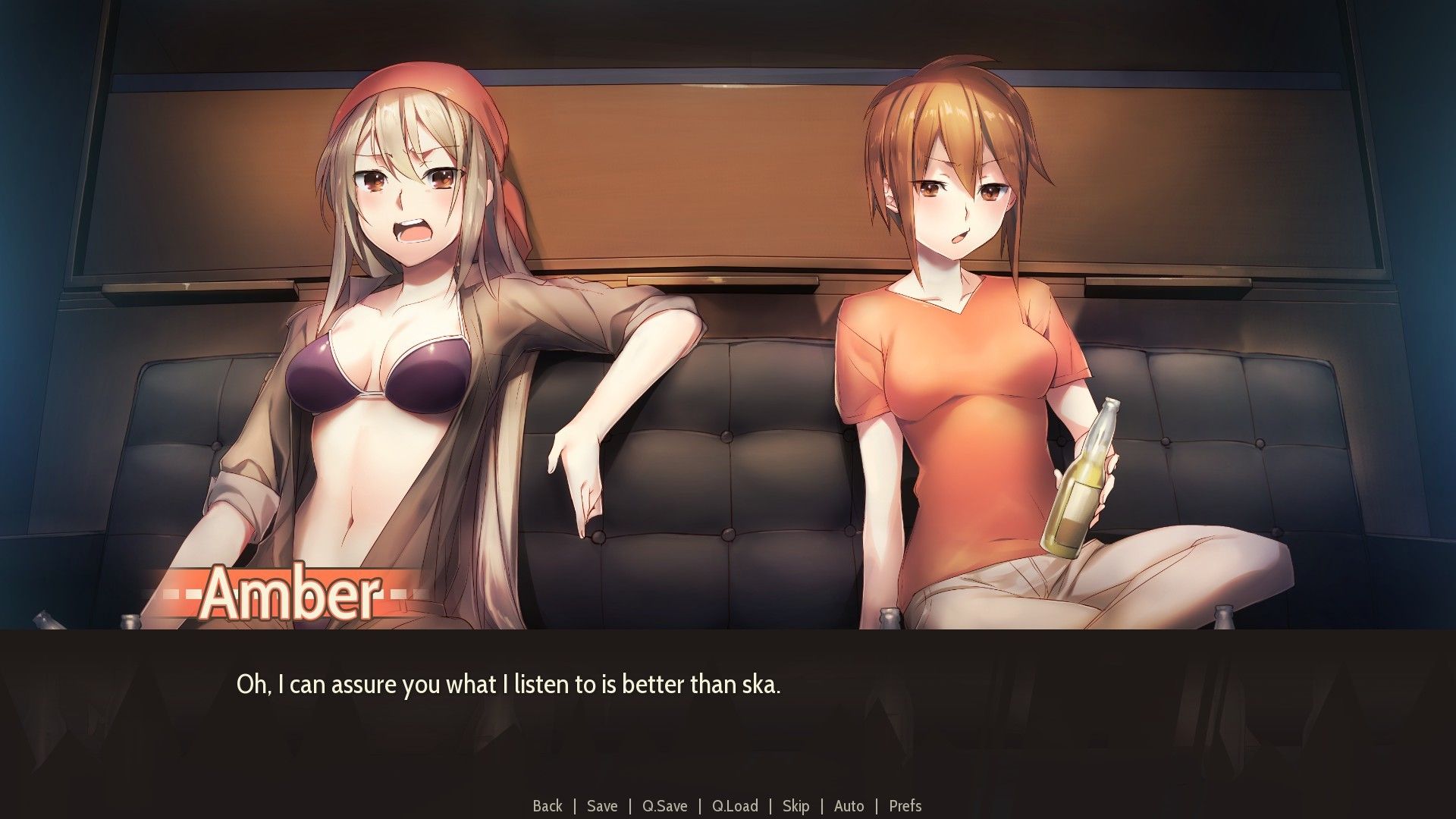 It’s a genre that proven to be a place of creative freedom for queer players and creators, paving the way for meaningful representation and smaller titles that explore the beauty of falling in love with the same sex or embracing your true identity. While there are so many independent studios out there today pushing for such inclusion, Studio Elan is one that continually comes to mind. Its games are all about girls falling in love, and they rule.

I first stumbled across the studio’s work with Highway Blossoms, a cutesy road trip adventure that follows two girls on the trail of a prospector’s long-lost treasure. Amber doesn’t give much of a fuck, eager to drive a recently inherited motorhome across the American Southwest in search of a place to belong. This is until she comes across Marina, a hitchhiker who couldn’t be more out of her depth. She decides to help this stranger out, and from there they become friends and eventually fall in love. Highway Blossoms is so soft and sweet, its narrative outfitted with minimal stakes as it hopes to take us on a journey that is equally warm and mysterious. The cast is small, allowing the writers to develop all of them with appropriate nuance and just the right amount of attention. 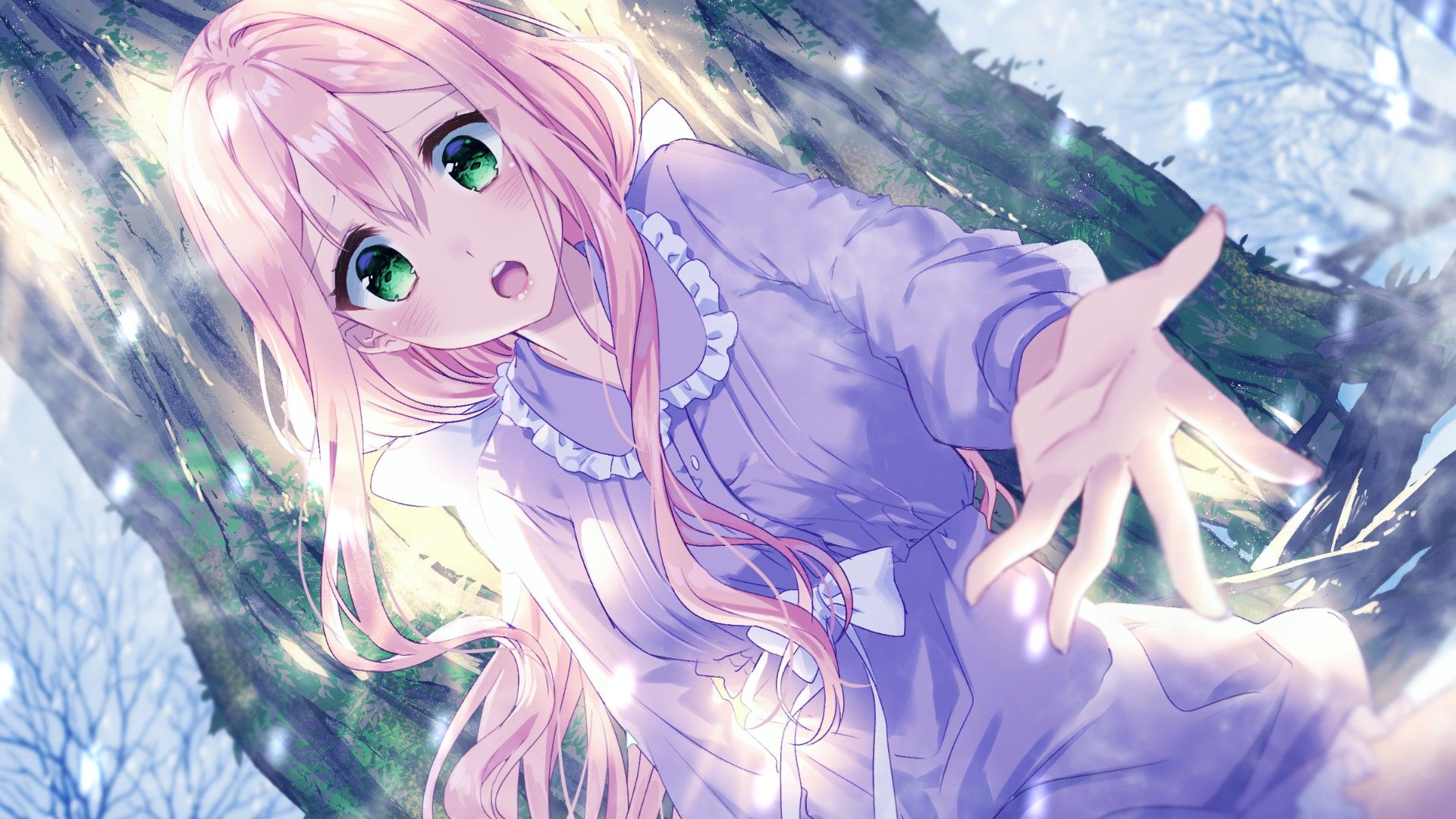 There’s also Heart of the Woods, a more recent and thoroughly fantastical sapphic adventure that follows a selection of characters who all happen to be a bit fruity. Maddie and Tara are two best friends who manage a paranormal side hustle obsessed with uncovering ghosts, aliens, and all manner of occult happenings. One case has them travelling to a remote German village hiding unknown secrets. With the show set to conclude after this escapade, the trip is seen as an opportunity to spend a few days together as friends and perhaps emerge as something more. Tara is also a lovely piece of trans rep.

Featuring multiple endings, gorgeous artwork and gay ghosts, Heart of the Woods has earned a cult following for being one of the finest sapphic visual novels of recent years. It was first released on PC before receiving several console ports, attracting a larger audience and showing that queer stories like this are far more than niche efforts to be hidden away. Lock and Key, Please Be Happy, Our Home, and Summer at the Edge of the Universe are some titles currently in the works at Studio Elan, with them also taking on smaller projects as a publisher to help equally diverse stories find success in the genre. 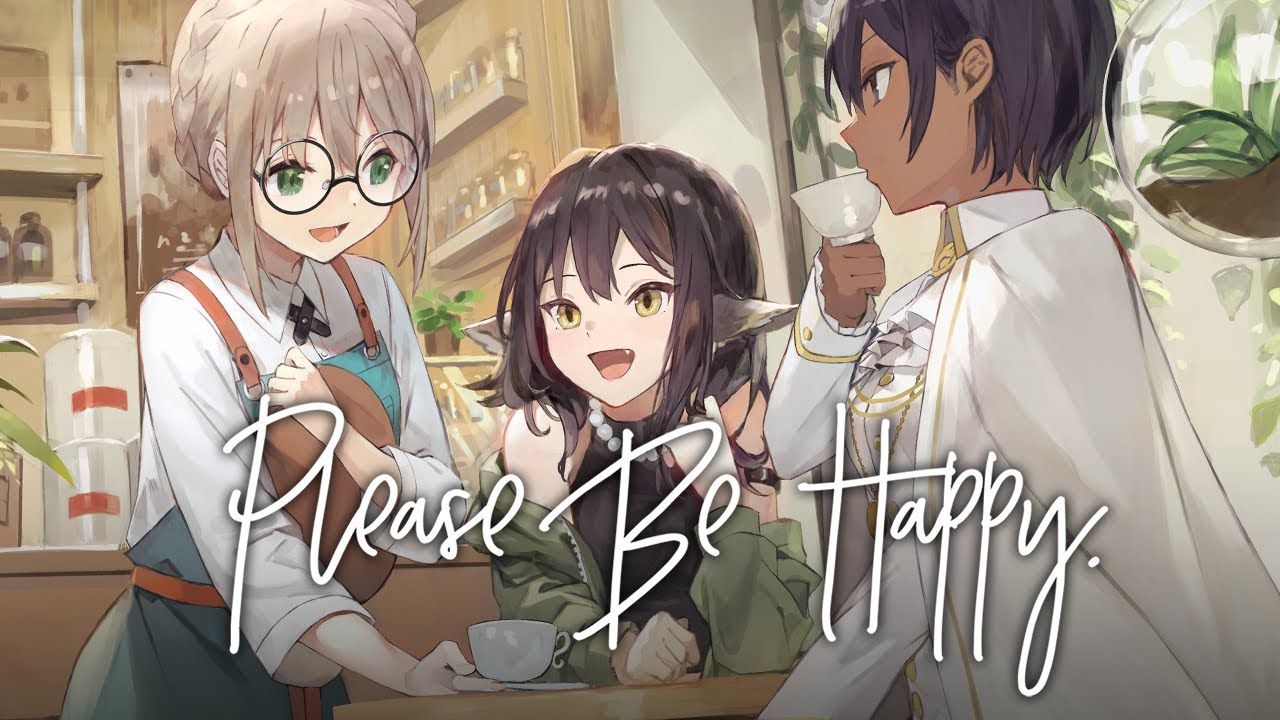 Studio Elan also doesn’t shy away from sex either, although all of their games can be played with these scenes removed if you aren’t keen to get nasty, but this doesn’t take away from the intimacy of each romance or make it seem like something is missing. Older visual novels are known for rewarding the player with sex for seeing a relationship through to its conclusion, or peppering these scenes throughout the game in order to keep us reading and making new decisions. Highway Blossoms and Heart of the Woods are western takes on the genre that keep these ideas intact, but depict them in a more progressive and wholehearted way. Sex doesn’t need to be dirty, in the right context it can be a valuable tool in building story and characters, and making us care about them in a layered, thoughtful way.

We’re all in this together when it comes to furthering queer storytelling, and visual novels are a perfect place to explore new worlds and characters with a clear LGBTQ+ message. I grew up dabbling in the genre as a teenage weeaboo, often subjected to gross sexualisation and heteronormative relationships that played on the worst anime tropes to cringe-inducing effect. There remains a lot of great games to play beyond these dated examples, and Studio Elan is paving the way forward alongside many others. We need more gay girls in games.