When Predator: Hunting Grounds launched in April, many aspects of the game were extremely well done, but there were also bugs and a key missing feature, namely crossplay between PC and PlayStation 4. Developer Illfonic has announced that on August 28, Patch 2.0 will arrive with new skins, weapons, loadout tools, and finally, crossplay between both platforms.

This is a major milestone for the game, because while it is a little late to the party, the introduction of crossplay along with all of the quality-of-life improvements made since launch, place the game in a great spot for Predator and Fireteam players alike. 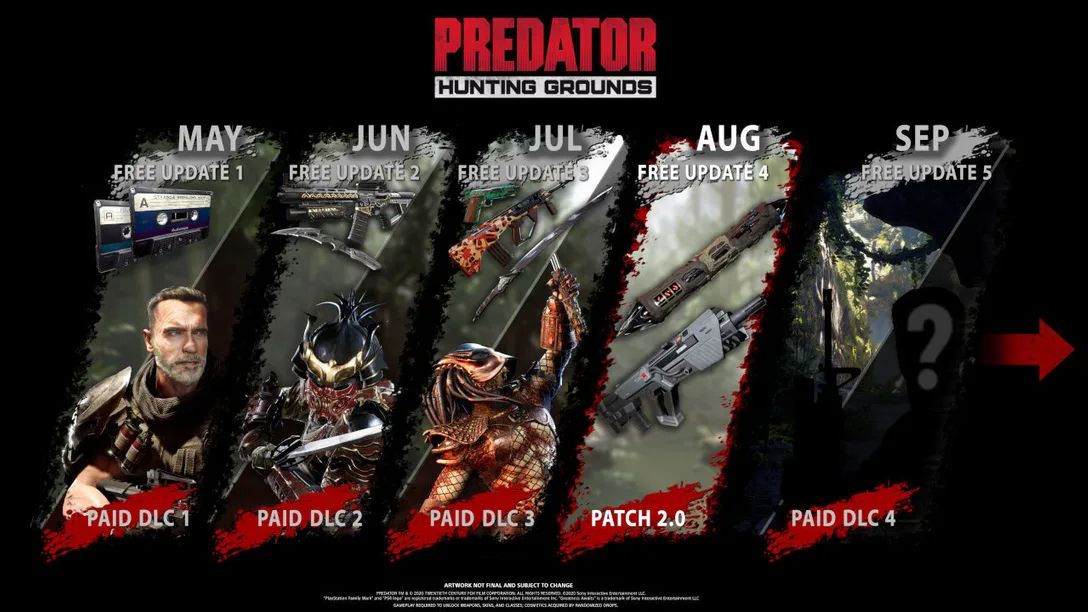 Patch 2.0 also gives both the Classic Combistick and Wrist Launcher from the City Hunter DLC to all players for free. Field Lockers are receiving an update as well, bringing three new Predator masks, a new Fireteam ballistic mask, and as always, many new tints and shaders.

Fireteam players should be especially excited for the new patch, because they are receiving new tools that could potentially be meta game changers. First, the OWLF Assault Rifle will be available to everyone, though no stats have been revealed as to how this will differ from the four alternative weapons that currently exist in this category. Considering that the OWLF organization exists solely because knowledge of the Predator exists, the weapon may be designed specifically for that threat in mind over simple AI human opponents.

Much more important are the additions of an Anti-Cloaking Grenade, UAV Scanner, and the Self Revive Syrette. The ability to deny cloaking to a Predator could be useful, especially if the hunter is attempting to flee into the jungle, allowing for easier tracking and potentially downing the player before they can heal. 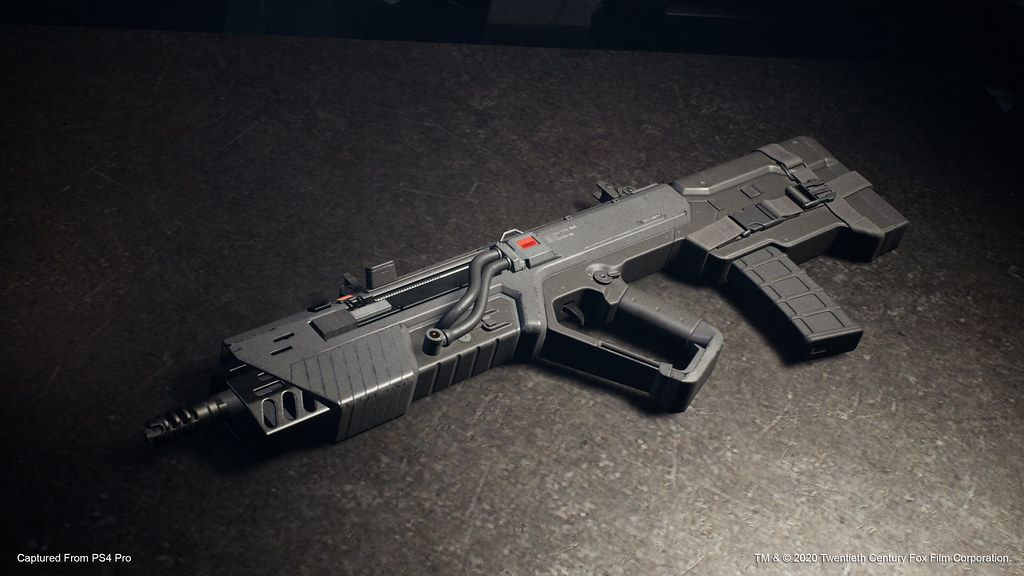 The Self Revive Syrette is probably going to be the biggest game changer, as Fireteam members can focus on the danger around them rather than attempt a risky revive, which is usually the perfect opportunity for a Predator to score an additional player down at range. Now the real question is how many Loadout points this item will require, because this will be something that every Fireteam member will want to carry.

Lastly, the UAV Scanner is an interesting addition, but more information is needed before it can be evaluated in terms of usefulness. Presumably, this will be a tool that can mark both AI targets in a map’s objective space, but the more important question is if it can track a Predator. An early warning detection to the entire Fireteam could be invaluable, and it will be great to see how this shifts team strategy once in the game.

Lastly, players have been eagerly awaiting news about a new map and mode, and they have only a little while longer to wait. Although Illfonic is not ready to reveal any new details, they have confirmed that both a new map and mode will arrive in the September update.