Predator: Concrete Jungle Could Have Been A Licensed Masterpiece

I wish we still had terrible licensed games. The golden age of mediocre garbage like Smarties Meltdown, Animorphs, and Charlie’s Angels are awful in the best possible way: games that only exist to sell brands or adapt properties that have no business being video games in the first place. As development grew more expensive, these gems faded away.

Of course there are still exceptions, with smaller titles like Paw Patrol, Peppa Pig, and Crayola Scoot delivering perfectly solid experiences for younger audiences, while the popularity of comic book films has allowed triple-A productions to become more and more commonplace, but these always focus on the big names and little else. Either that, or you can expect them to capitalise on modern genres like Evil Dead and asymmetrical multiplayer or Marvel’s Avengers and its misguided obsession with live service co-operative play.

The days of smaller, lower budget licensed games are behind us, and there’s something weirdly tragic about the new generation not being able to sample such things. Most of them were completely rubbish, but I will never forget the times my parents would allow me to dig into the Tesco bargain bin in search of cheap games to play because full-priced bangers were only ever reserved for birthdays and Christmas. Without this, I never would have suffered through Predator: Concrete Jungle. 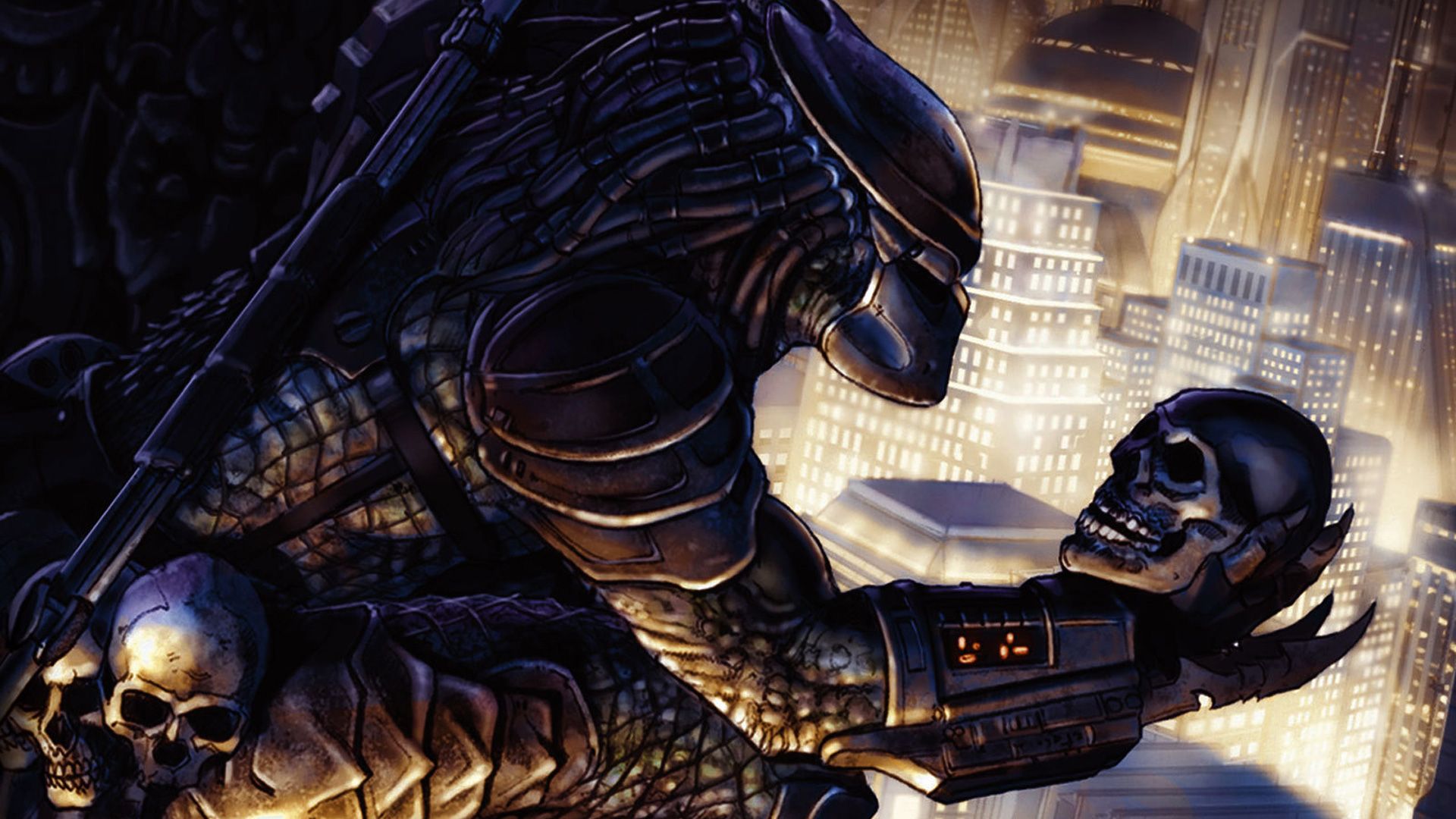 Developed by Eurocom, a studio responsible for the likes of 40 Winks, Harry Potter and the Chamber of Secrets, G-Force, and myriad other licensed tie-ins – it’s no stranger to taking on existing properties and seeking to do something unique with them. Most of the time this would involve adapting a film or television show, but Concrete Jungle was different. While its narrative and world building drew inspiration from certain comics, for the most part this was a standalone affair. One that sought to tell its own story while furthering the Predator mythos.

Concrete Jungle is the perfect licensed game on paper. It has a clear reverence for the series’ history, with its selection of different skins and loving references to the films and comics that brought it all up to this point. There is even a stage where you do battle with Xenomorphs amidst an underground lab, making reference to this alien deathmatch when the idea of them crossing swords was still all the rage. It’s just a shame that, beneath the imaginative visuals and lavish attention to detail, sat a game that feels like shit to play. 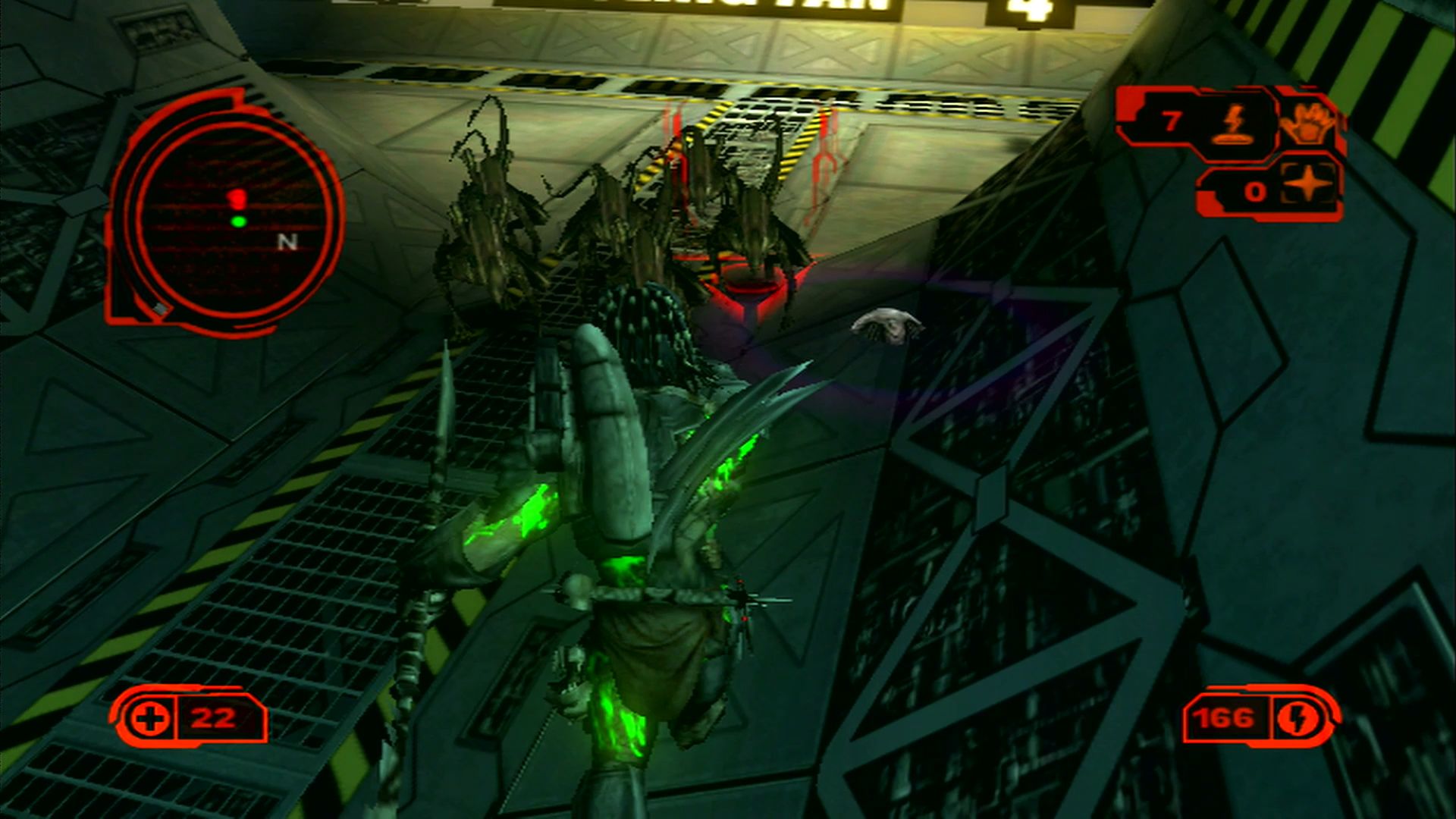 Upon its release, Concrete Jungle was met with mediocre reviews from critics. All of them criticised the needlessly complicated controls and bizarre narrative, while lamenting the potential that sat within it never to be capitalised on. I was a cool kid when I first played the game, so was obviously enamoured by its bloody violence and detailed lore, convinced that Predator was some super-duper deep character instead of some random alien who landed on Earth to skin people alive and cause some trouble. In reality, he’s a vagina-faced alien who screams a lot and gets his assed kicked in the opening level by some mobsters.

The game opens in 1930’s New Way City with all the mafia stereotypes you’d expect from this sort of time period. Everyone is a mixture of Italian and/or Irish, with the landscape stuck in a perpetual state of rainfall as the Predator hunts down his worthy prey. Once the man is killed, a large riot erupts across the city and our hero (villain?) is mortally wounded as a burning building collapses on his poor little body. He can’t escape, so decides to set off his ship’s self-destruct sequence and level an entire city in the process. Nice one, dude. 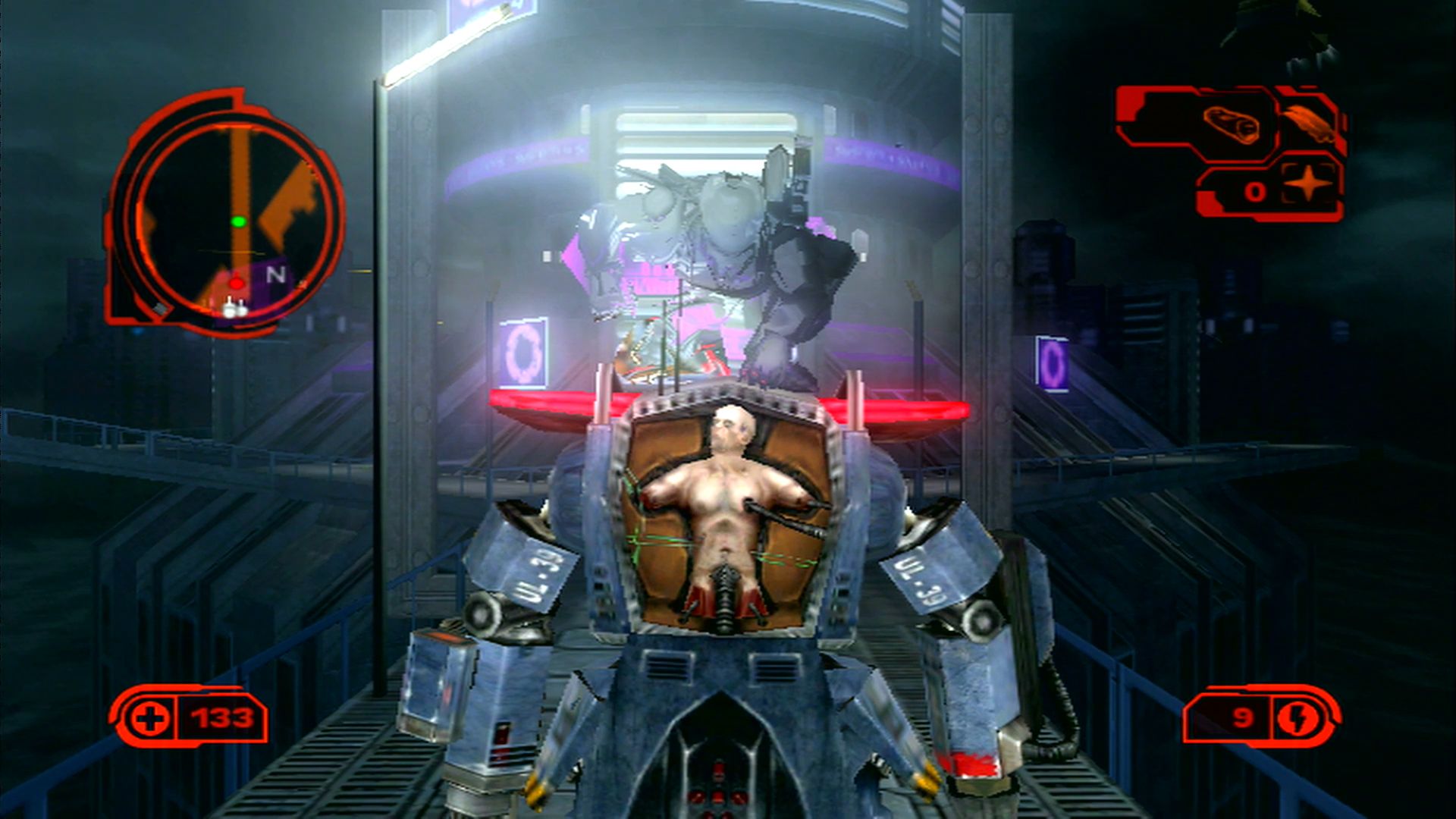 His fellow Predators aren’t best pleased, even more so when it emerges that our titular alien survived the attack and must deal with the consequences. He is taken to a hostile planet and forced to fight for his life, expected to perish in the unfolding deathmatch and give up his right to hunt. Except he survives, and, one hundred years later he returns to Earth and is given the order to make up for his past mistakes. Humans managed to harvest Predator technology and transform the entire world, producing futuristic technology ranging from weapons, mechs, and a wider society that feels more Blade Runner than Goodfellas.

All of this sounds pretty cool, right? It totally is, but Concrete Jungle sadly does a terrible job of making any of it fun to play. My memory is somewhat fuzzy, but I vividly remember how much of a nightmare it was to not only control the Predator, but have him perform basic actions in combat, or exploration that really shouldn’t have been that complicated. Obtuse button combinations are required to execute certain moves, while the characters that roam the open city environments are so weirdly unforgiving that even progressing through each mission is a tedious nightmare. Skinning people alive and murdering gang members should be fun, but here I was writing down the control scheme as a kid trying to learn how to play.

The enemies you fight are also wrought with harmful stereotypes. There are the gangs I mentioned earlier than lean into rather gross Irish tropes, while a more futuristic group features a boss battle against a Voodoo man covered in paint as he screams random phrases at the players. Equally, weird attitudes towards sex workers and similar minority groups also makes Concrete Jungle feel woefully out of time. Fans will appreciate the references to corporations like Weyland Yutani and other nuggets of lore, but it isn’t worth trudging through a game that simply isn’t very good. Comments on trailers online are filled with people begging for a remaster because they’re so riddled with nostalgia.

You don’t, and would change your mind seconds after taking this mess of a game for a spin in 2022. It could have been something special, and a Predator game abiding by modern open world conventions is a personal dream of mine. But it’s probably never gonna happen.