Portal’s RTX Mode Has Ripped Out Its Soul

Yesterday Nvidia, off of the graphics cards, announced a new version of Portal. It’s essentially an advert for the company’s new 4,000-series GPUs – which are entirely unnecessary anyway thanks to the power of the 3,000-series – in which the new cards give a practically perfect game a makeover. This isn’t a Valve remaster, it’s a button that developers can apparently press to add ray-tracing to their old games. However, by the looks of Portal, I’d be steering well clear of that button if I was a dev.

Before I go in too hard on Portal RTX, it does look impressive from a technical standpoint. The reflections in the glass are crystal clear, the machinery is more detailed, and the portals themselves ripple with glowing energy and flickering sparks. We can only guess at how moist and glossy the cake will look. It’s a remarkable feat and I’m very amazed it was achieved just by clicking a few buttons. What was that, sorry? Oh, they’re “hand-crafted hi-res physically based textures, and new, enhanced high-poly models evocative of the originals.” So it’s just the lighting and shadows that are ray-traced at the click of a button? Well, it’s no surprise they look like that then.

Look at any of the screenshots of Portal RTX. Now really look at them. Look past the nostalgia and the upgraded textures, and really look at the game. It’s dull and lifeless. Sure, the Aperture Science Laboratories are supposed to look clinical, but even that has been lost in the upgrade.

The original game uses lighting in incredibly clever ways to evoke a clinical, almost hospital-like feeling. But in the RTX remaster, the cold concrete walls have been replaced by some other material. The strips of lighting that beam upwards from the corners where wall meets floor have been torn out altogether, and the blue hues coming through the sparse windows are now bland and white. The lighting was supposed to be the biggest improvement here, and yet it has only served to tear the life from Portal’s brilliantly imagined world.

Despite the fact you never leave the labs, Portal’s grey rooms tell you everything you need to know about the world outside. The labs are cold and functional, the concrete wearing with years of abuse. You get none of this character, feel none of the story, and understand so little about the world in the snapshots we’ve seen of the RTX update. It may technically be an improvement – it runs at 4K resolution – but it doesn’t look half as good. 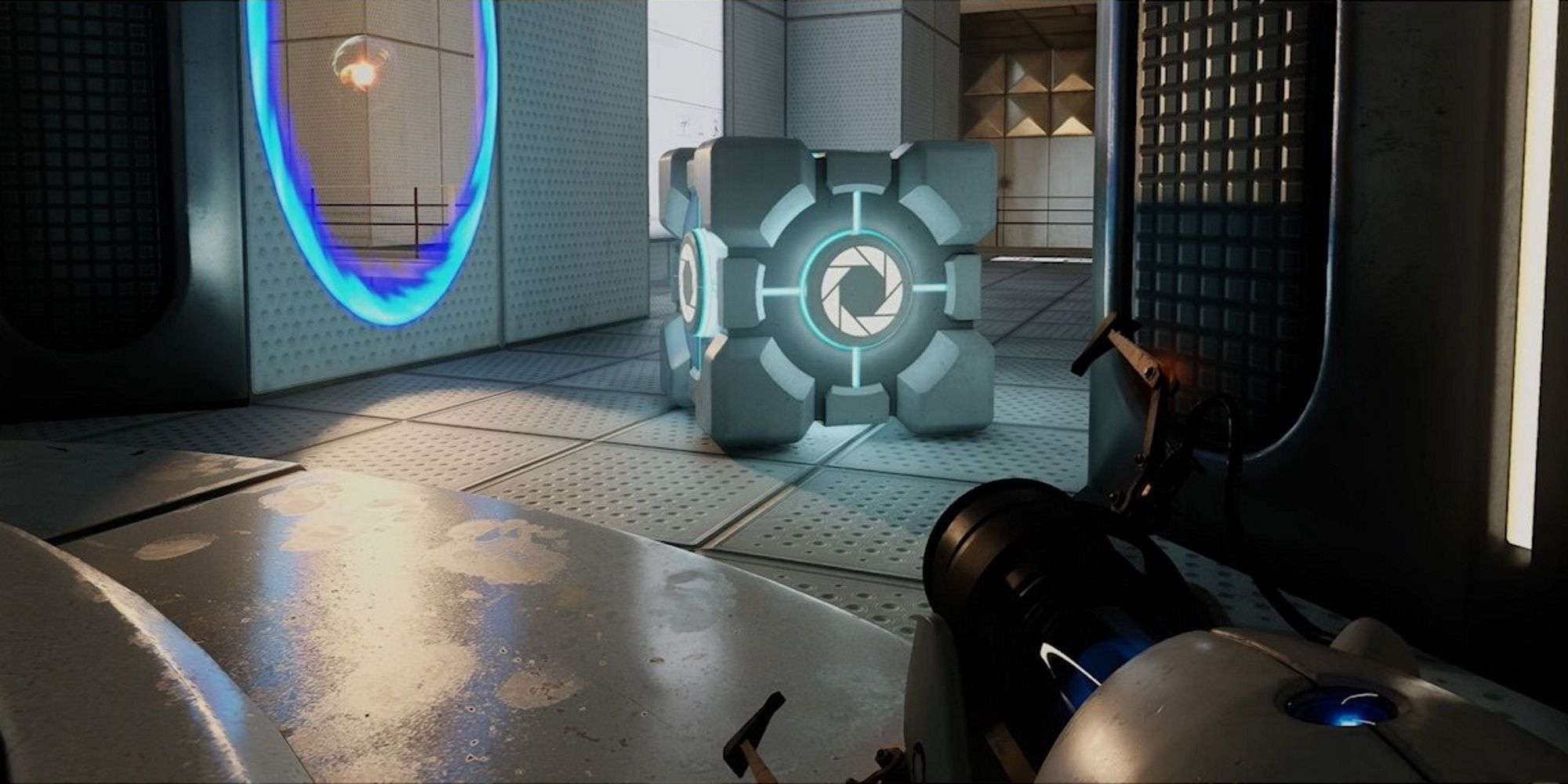 I don’t mind the RGB cubes as much as others, nor the updated assets for portals and buttons. It’s the lifeless environments that bother me. What’s the point in the light from the glowy cubes bouncing off the walls in a hyperrealistic manner if there’s no direction, no point, no story being told by those cold, uninviting walls? Just because Nvidia could give Portal a makeover, doesn’t mean it should have done. At least we gained one positive from the experience though: a clear example of why updated graphics don’t necessarily make for a better looking game.

Apparently Portal RTX should run fine if you have one of the brand spanking new Nvidia graphics cards, so unless the crypto miners cause an horrific shortage and scalpers quadruple the price, some lucky gamers will be able to play this monstrosity at a stable frame rate. Once you’ve shelled out for your unnecessary GPU, though, the silver lining is that you can play the soulless Portal remaster for free. Yippee.