If there's one thing the Pokemon TCG is known for, it's a decades-long tradition of bringing beautiful new styles to each of its sprawling eras. From the dazzling debut of holographics in the Base Set to the Trainer Gallery cards of today, there's always something newly eye-catching in the works.

Trainer Gallery artwork is handily some of the best stuff the game's terrific artists have given us. Not just full-card art, and not just a beloved Pokemon — they're often paired with a famous trainer or recurring archetype, creating a sense of camaraderie the series has so often capitalized upon. Astral Radiance has no shortage of greats, so ranking the best will be no easy feat. 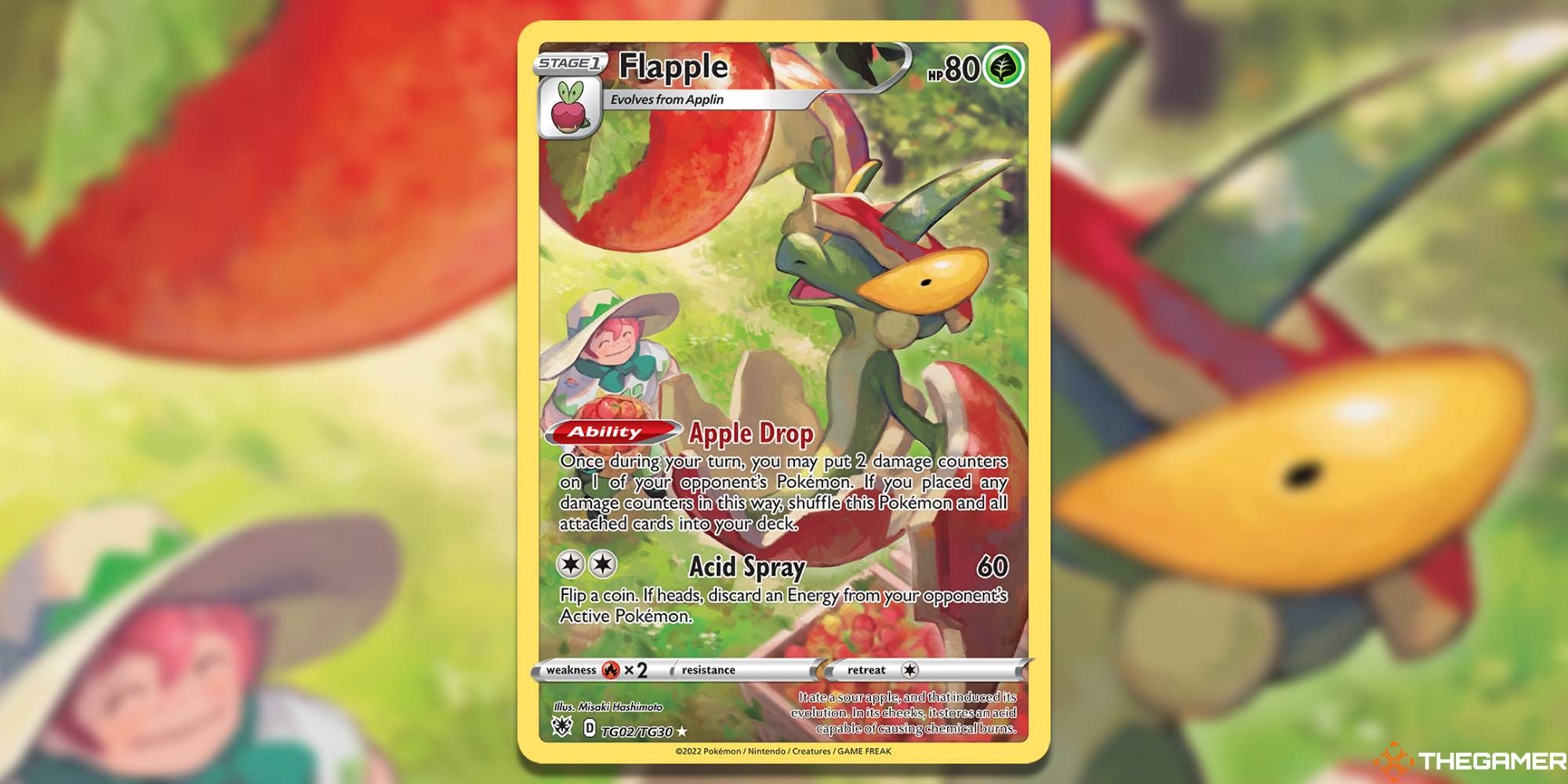 We remember the day Galar's line of 'apple dragons' was revealed. Some questioned the notion. Others questioned loudly. But works. These are worm-like friends, and the worm-in-apple concept is a classic.

In the Trainer Gallery Flapple card, our wormy wyrm is being a bro, helping out Grass-type Gym Leader Milo to fetch some real-deal apples from an orchard. At first blush, this seems slightly cannibalistic; recall, however, that little Applin chomps down on the fine fruits in order to evolve. Besides, isn't this card just the loveliest collection of green shades you ever did see? 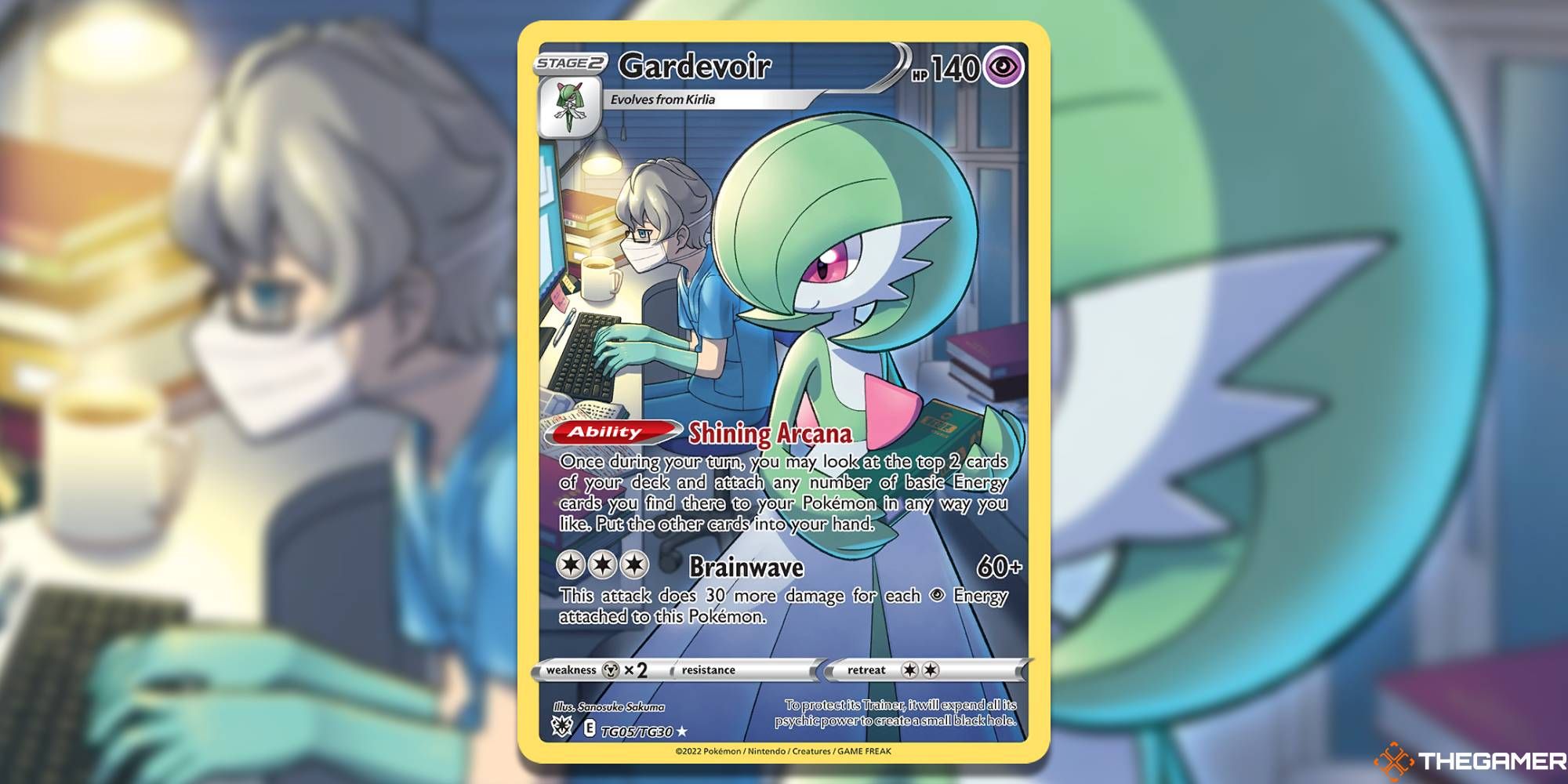 They say Gardevoir is loyal to the point of putting its life on the line for trainers it trusts. By that same token, doctors are frequently one of society's most selfless bunches. Why did it take so long for us to realize a Gardevoir with a doctorate is such a sensible mix? Probably because Chansey has the whole nurse thing going on. But still.

Look how dutiful this Gardevoir is, holding a book no doubt filled to the brim with medical terminology even the Pokemon TCG's most obscure rules cannot match. And look at its scholarly trainer! Wearing a mask and everything. Truly, both of these characters are wise beyond their years. 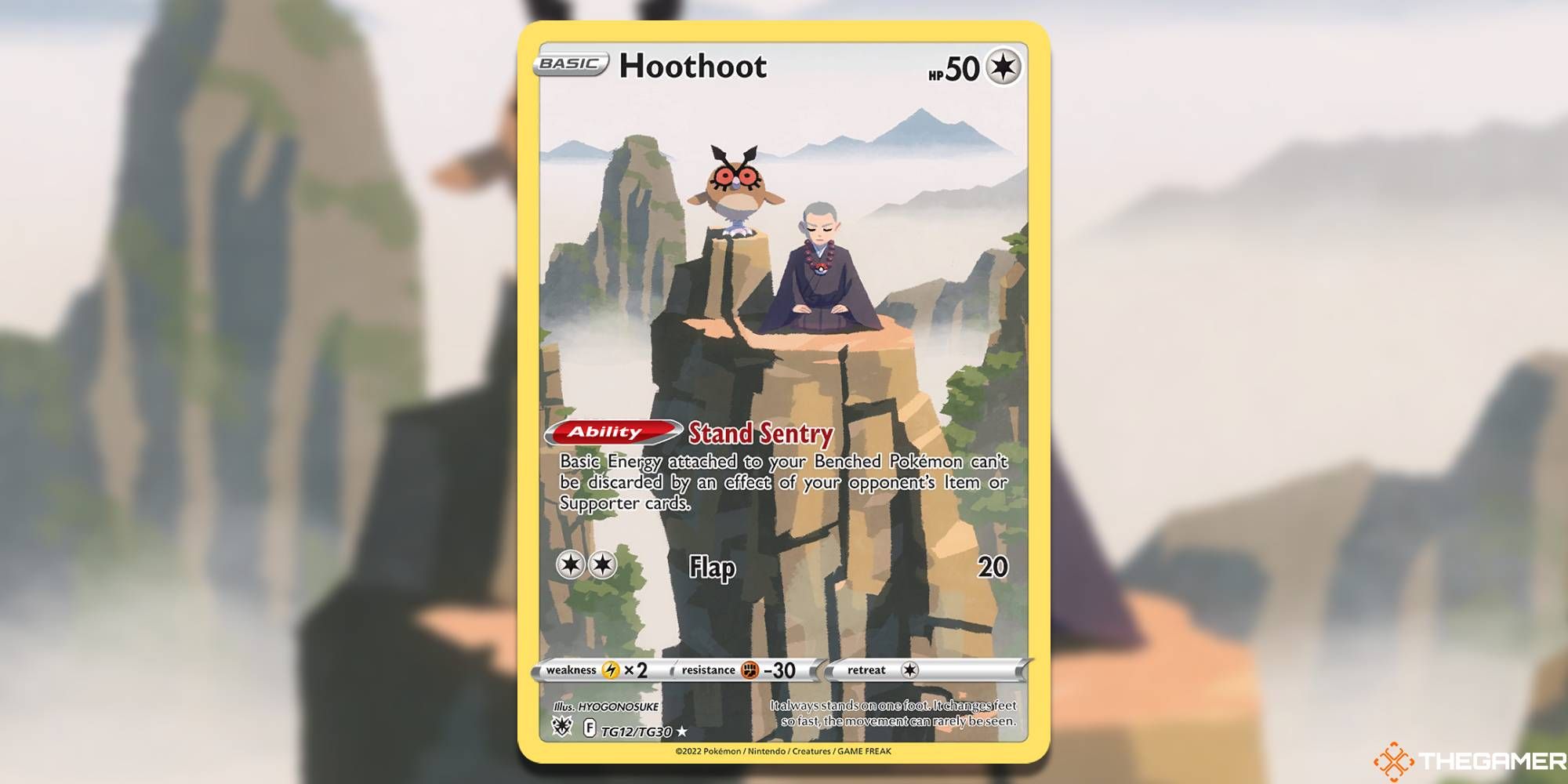 Majestic. As. Heck. Goodness, who ever knew Hoothoot could be so serene? Did you know Hoothoot has an innate rhythm that monitors time itself via recognition of the earth's constant spinning? You did? Well, to be honest, we didn't, until about five minutes ago. But anyway, it explains why this sage can rely upon his buddy to keep track of that stuff.

This Hoothoot's ability, 'Stand Sentry', fits the bill. The sage's meditative state can reach Zen-like fullness with Hoothoot standing sentry beside him. He'll need to be quick on his feet, though — 50 HP isn't much these days, so his partner's going down to anything from GMAX Charizard to a well-trained Eevee. 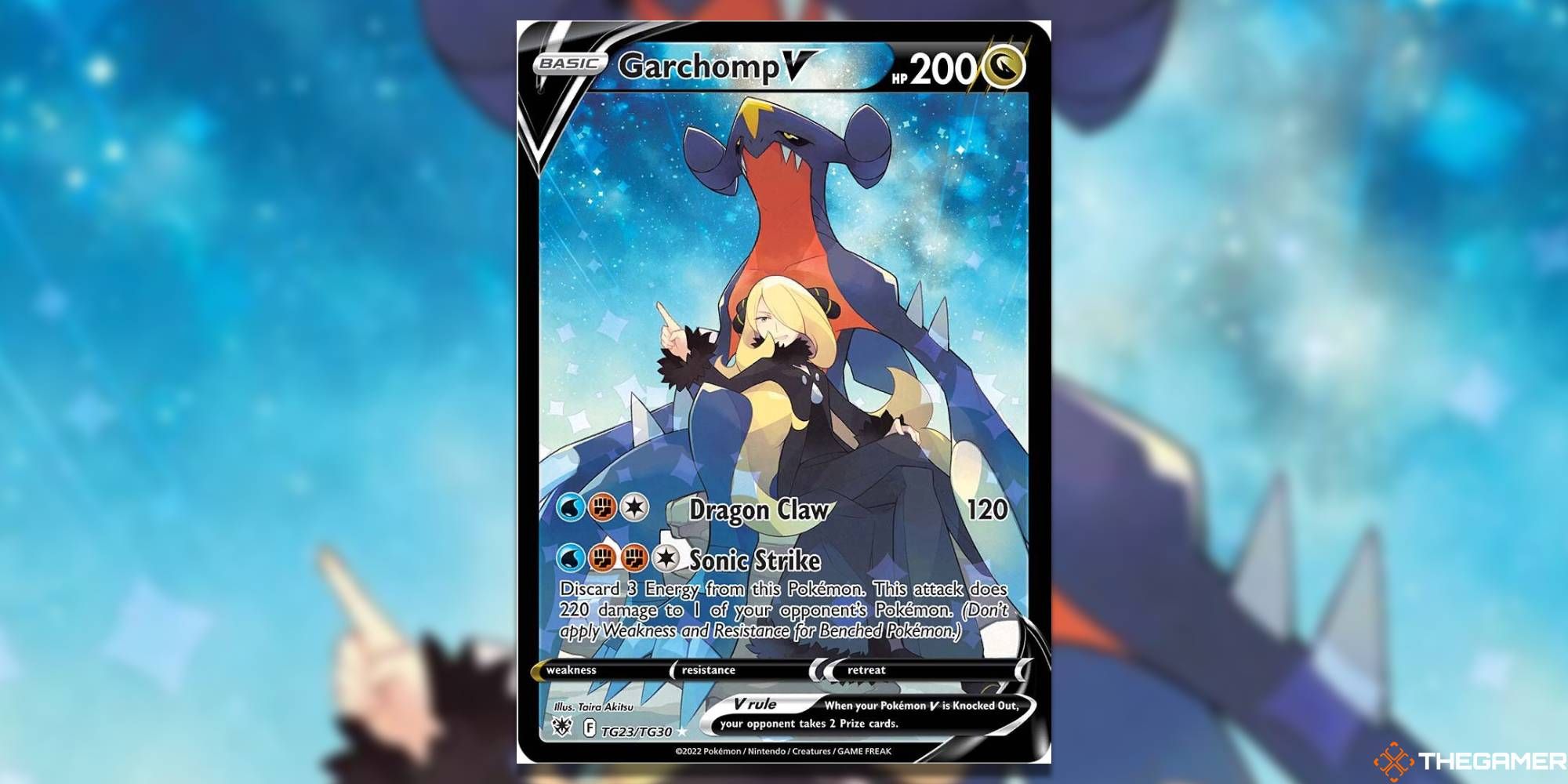 Speaking of Pokemon who could put a Hoothoot in critical condition in their sleep, Garchomp V delivers in exactly the way many of us had hoped it would. The Trainer Gallery card needed to feature Cynthia. These two are downright canonically inseparable. In earlier expansions, we would have called this card Cynthia's Garchomp. Now, it's implied.

But while Cynthia's presence as Garchomp's companion was inevitable, extra credit's been earned for seeing her partner hold her in its hands. She looks like she was born to be there. If Westeros existed in the Pokemon universe, few could argue Cynthia's fitness for the throne. A throne that would be even deadlier than that big sword-filled thing. 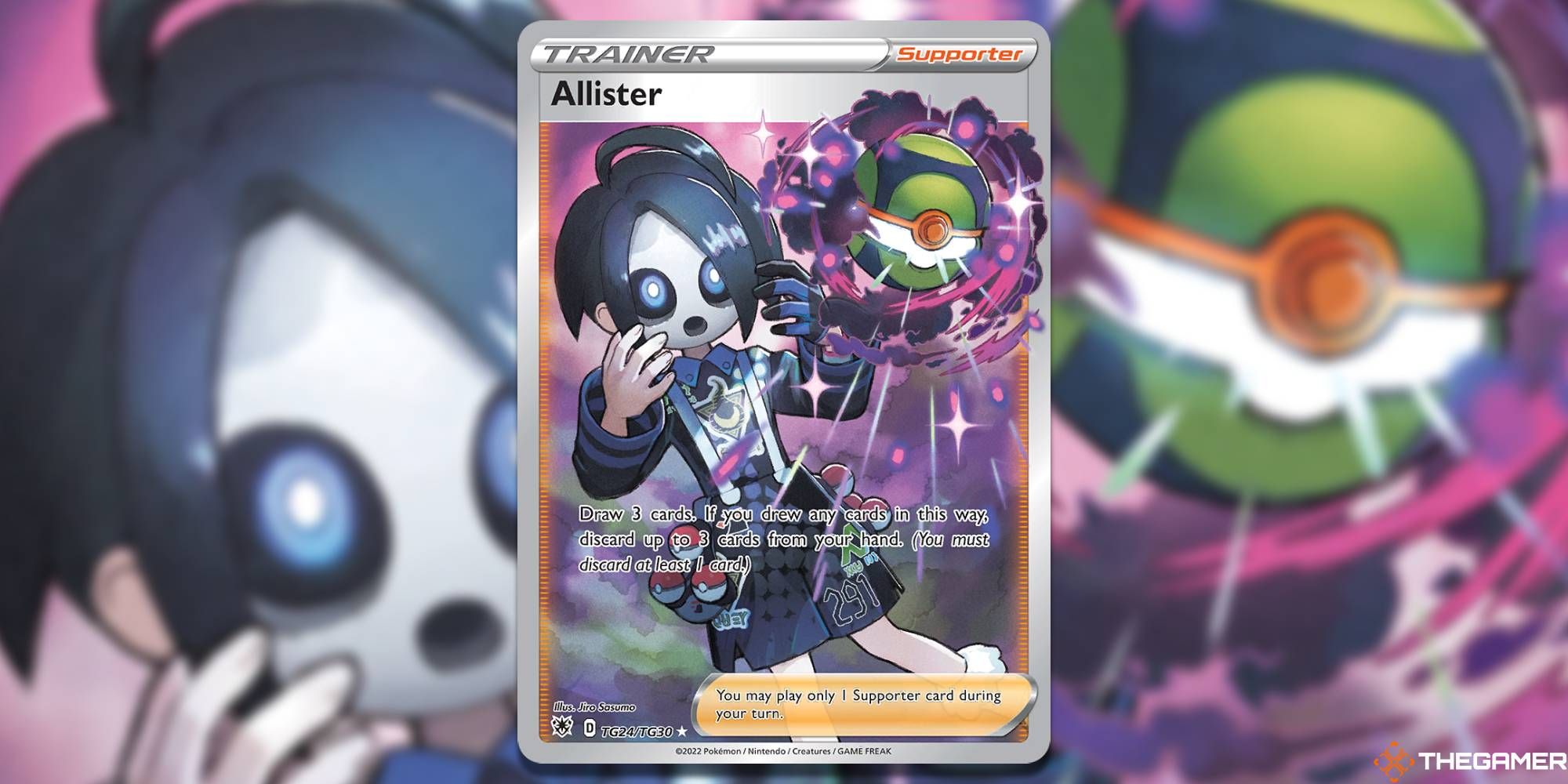 Not every Trainer Gallery card is Pokemon-centric. Indeed, the very term suggests the appearance of a Trainer above all, so a few Astral Radiance Supporter cards get the prime treatment. Among them, our favorite has to be Allister. Illustrator Jiro Sasumo nails the boy's frightened, spooky, and certainly memorable countenance. Or the mask hiding the real countenance, at any rate.

Whoever is about to emerge from Allister's Dusk Ball, he seems poised to be just as surprised as we are. That, or he knows it's someone good, and the anticipation is almost too much to bear. 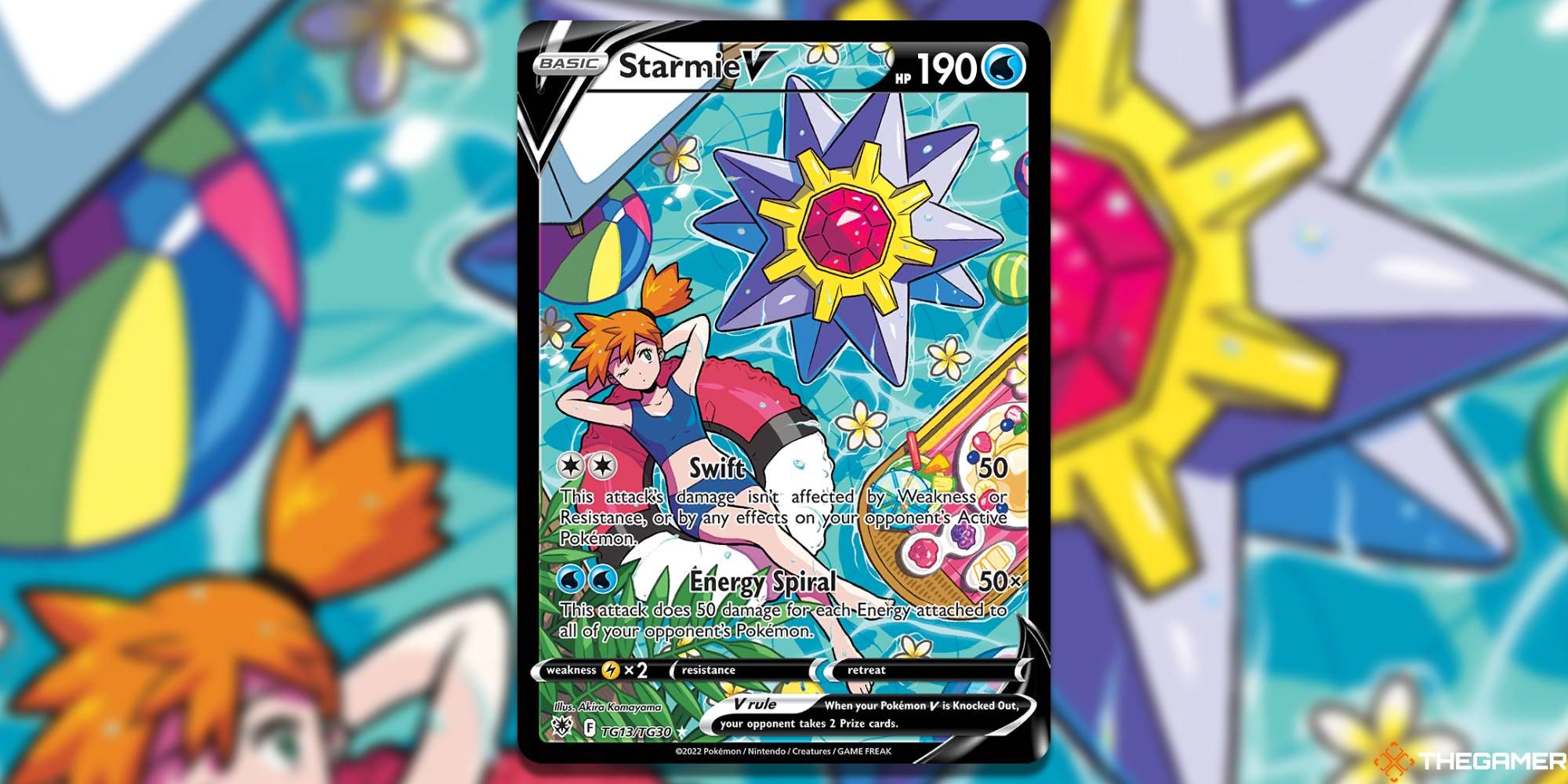 Starmie V can't not make the cut when this Trainer Gallery card represents not just Misty, but so much of Misty's whole world. Here she is, chilling on a floatation device that just happens to be shaped like a Poke Ball, a smorgasbord of sweets on standby, kicking back in some flower-filled lake while Starmie enjoys the water beside her.

By the way? Not necessarily the point of this list, but Energy Spiral? Terrific attack. 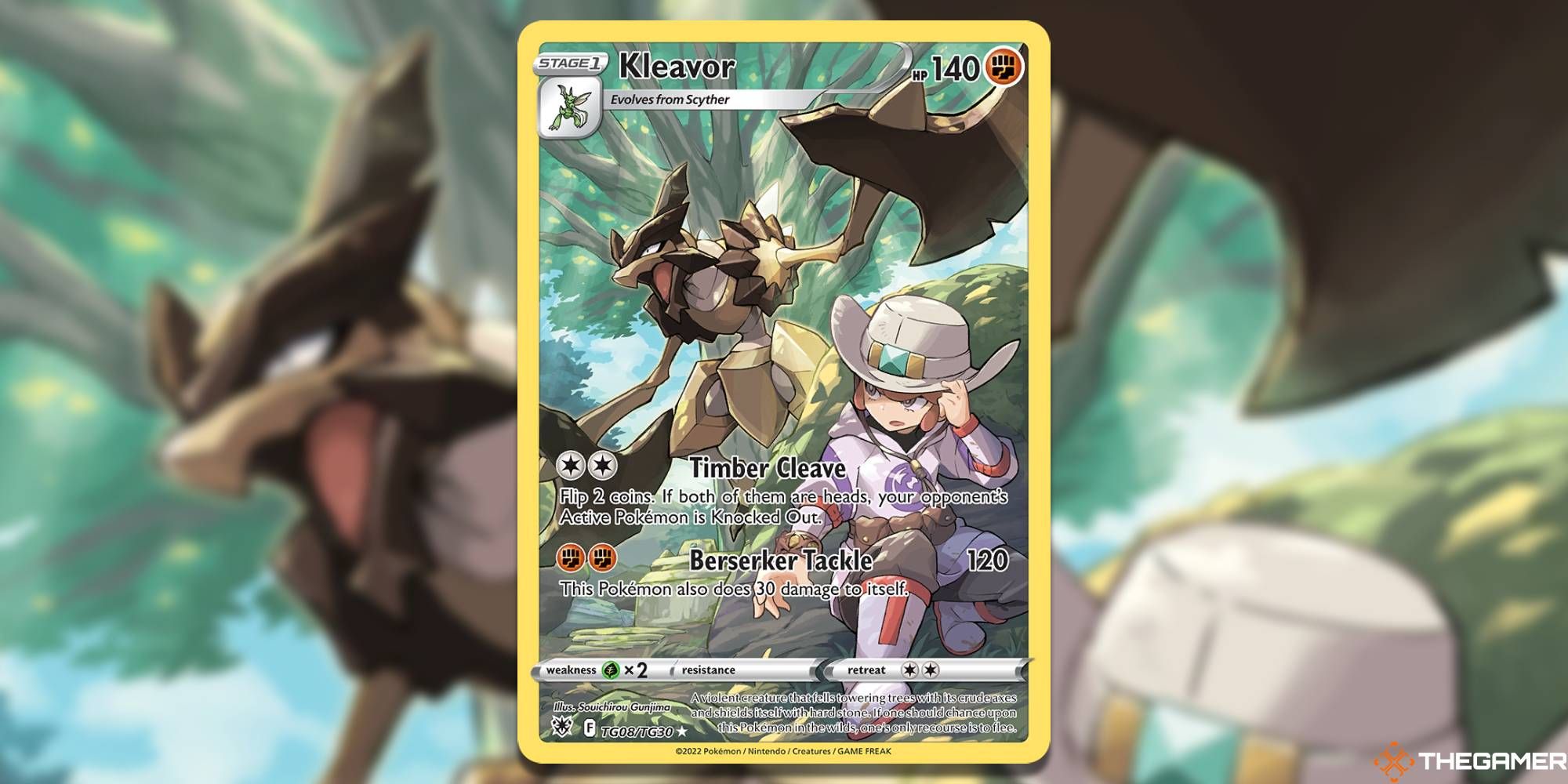 Pokemon Legends: Arceus had a massive wave of hype in the lead-up to its launch, and judging by its overall reception, it appears to have delivered. The arrival of Hisuian Pokemon in the TCG was just as heralded by the card game's players, and it's sweet to see some with their own Trainer Gallery representatives.

Souichiro Gunjima doesn't just draw Kleavor and its Obsidian Fieldlands Warden, Lian, splendidly. The artist captures a sense of motion that reminds us why this game's Noble Pokemon boss fights are no joke. Lian is, by all rights, a capable Warden; part of that capability means being strong, but just as important is knowing when to hide behind a rock for a breather. 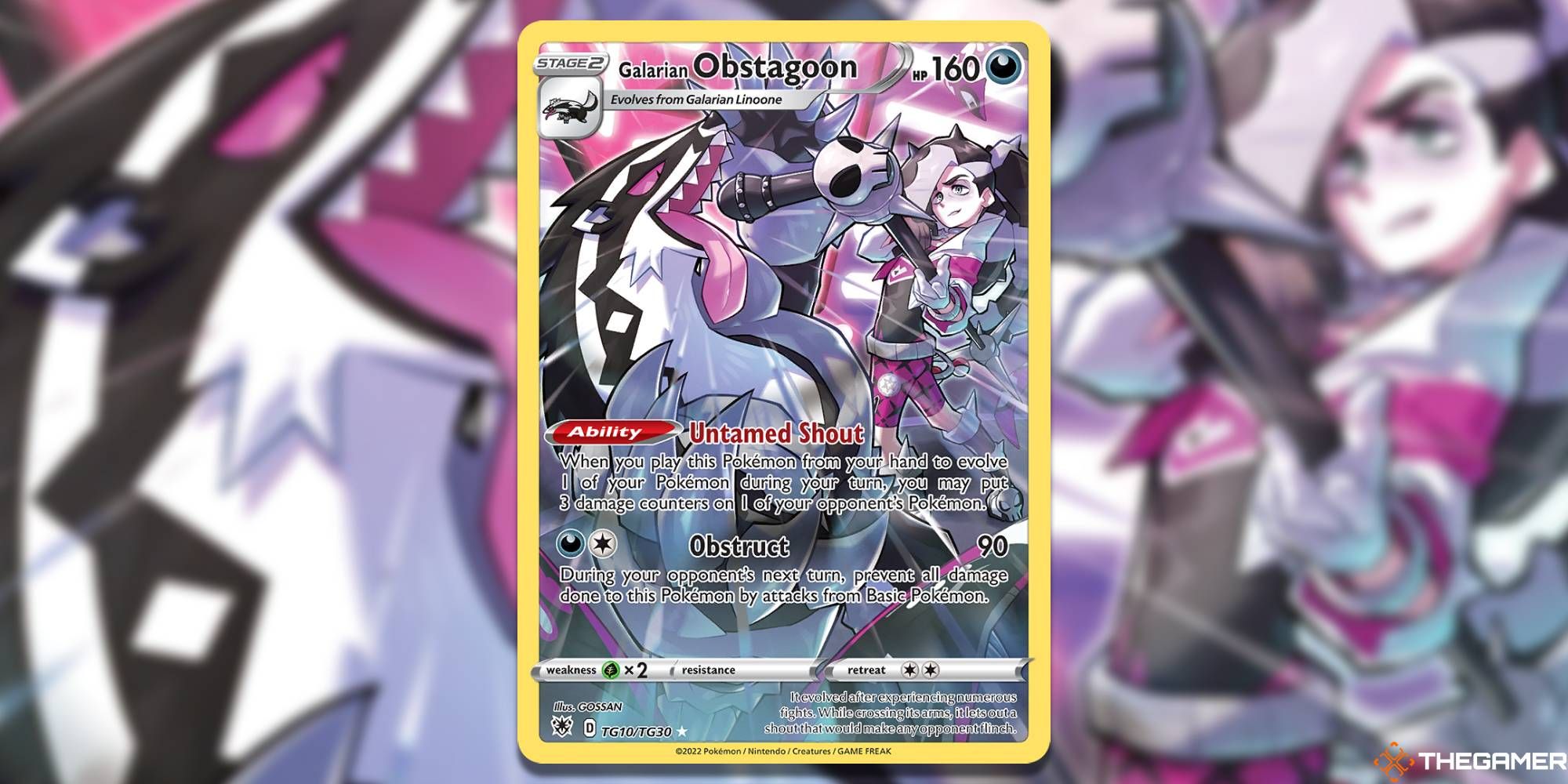 Astral Radiance has so many great Trainer Gallery cards, but for our money, Galarian Obstagoon takes the stage by storm. Pokemon Sword & Shield might not have the most in-depth story in the series, but it makes up for that with some of the best characters. Piers is no exception. Spikemuth's Gym Leader cares less about battling, and more about putting on a rock show for the ages.

Piers' Obstagoon knows every tune, and few Pokemon can sing notes as loudly, let alone harmoniously, as Zigzagoon's Galar-exclusive evolution. You can feel the vibe this heavy metal duo brings with every brush stroke of Astral Radiance's most fabulous Trainer Gallery card of them all.