Pokemon Scarlet & Violet is finally here, bringing both newcomers and veteran trainers to the region of Paldea, a place full of mysteries and adventures for you to experience. You will be able to become a Champion, heal a wounded companion, and help a group of students to clean their names, but the biggest challenge still remains at the bottom of a crater.

After finishing the three main storylines in Pokemon Scarlet & Violet, you will have access to the last chapter in this adventure, called The Way Home. Level up your team, buy as many items as you need, and brace yourself very tight, because here's everything you need to know about it.

How To Unlock The Way Home Main Quest 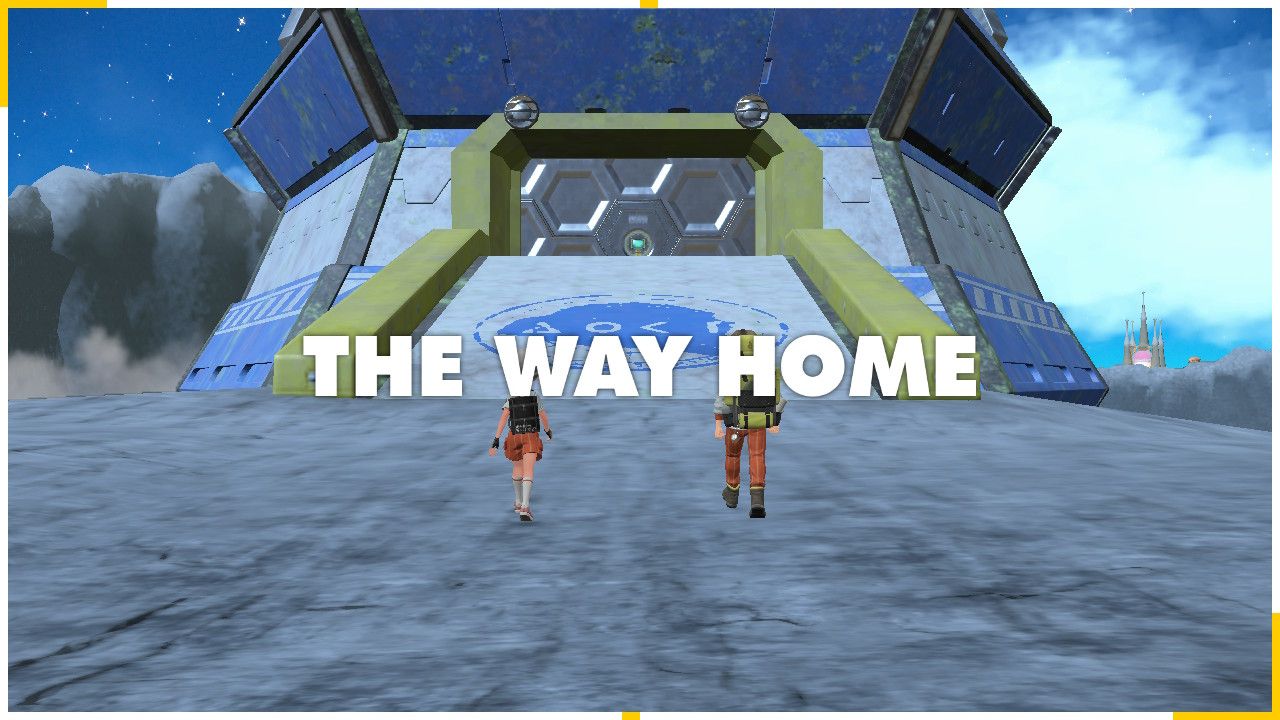 Once you finish both "Victory Road", "Starfall Street", and the Path Of Legends" main quests you will receive a call from Arven, telling you that he contacted Penny and Nemona to travel to Area Zero and figure out once and for all what's going on with Professor Sada/Turo. Go to the gate next to the crater, and a cutscene will play where you will reunite with Arven, and this final chapter will begin. 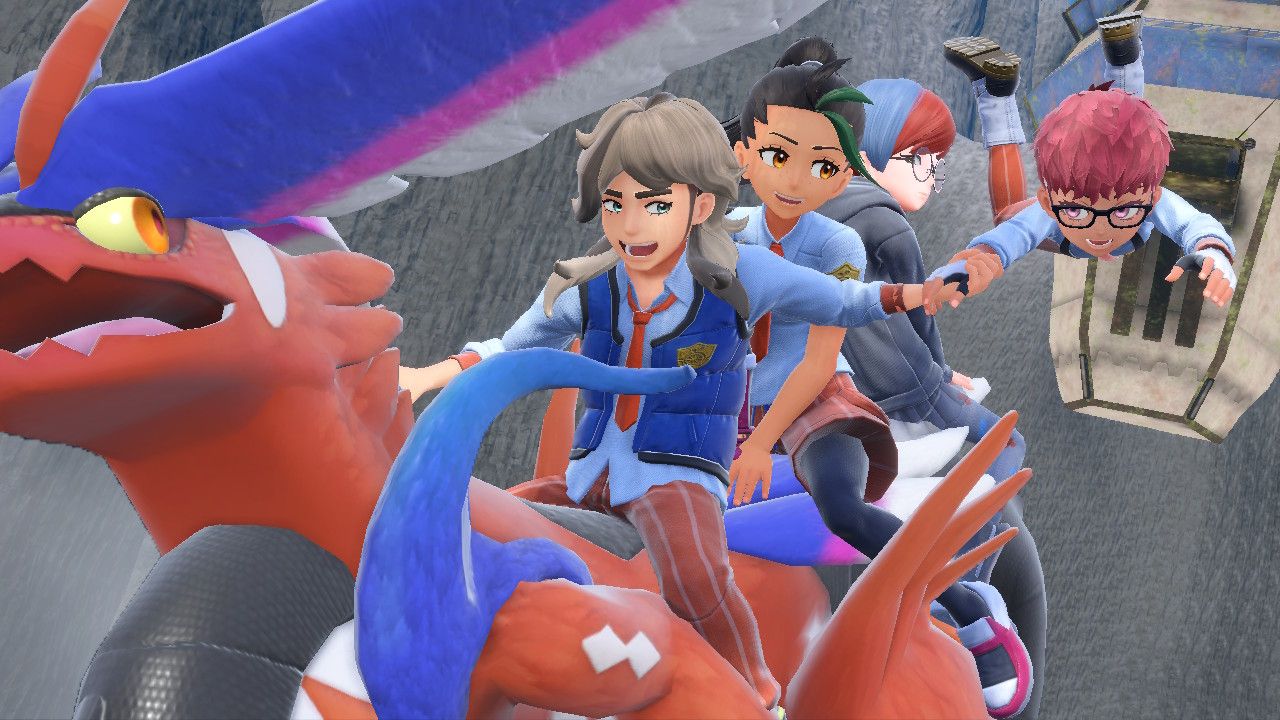 Once you're inside the facility you will meet Nemona and Penny, and with your team assembled everyone will jump onto Koraidon/Miraidon and glide down the crater that leads to Area Zero. Once you give your first steps into this unnatural area full of powerful pokemon, you will reunite with your friends and proceed to the Research Stations.

Reaching the first one will trigger a short battle against a Glimmora, a Rock/Poison type pokemon that you have already seen during your Champion fight against La Primera, so defeat it as quickly as possible. Enter the Station so a cutscene plays where the Professor contacts you through a speaker, explaining that you need to find three more Stations and turn their locks off, to be able to enter the Zero Lab at the bottom of the crater. So you must go on, with your team at your side. 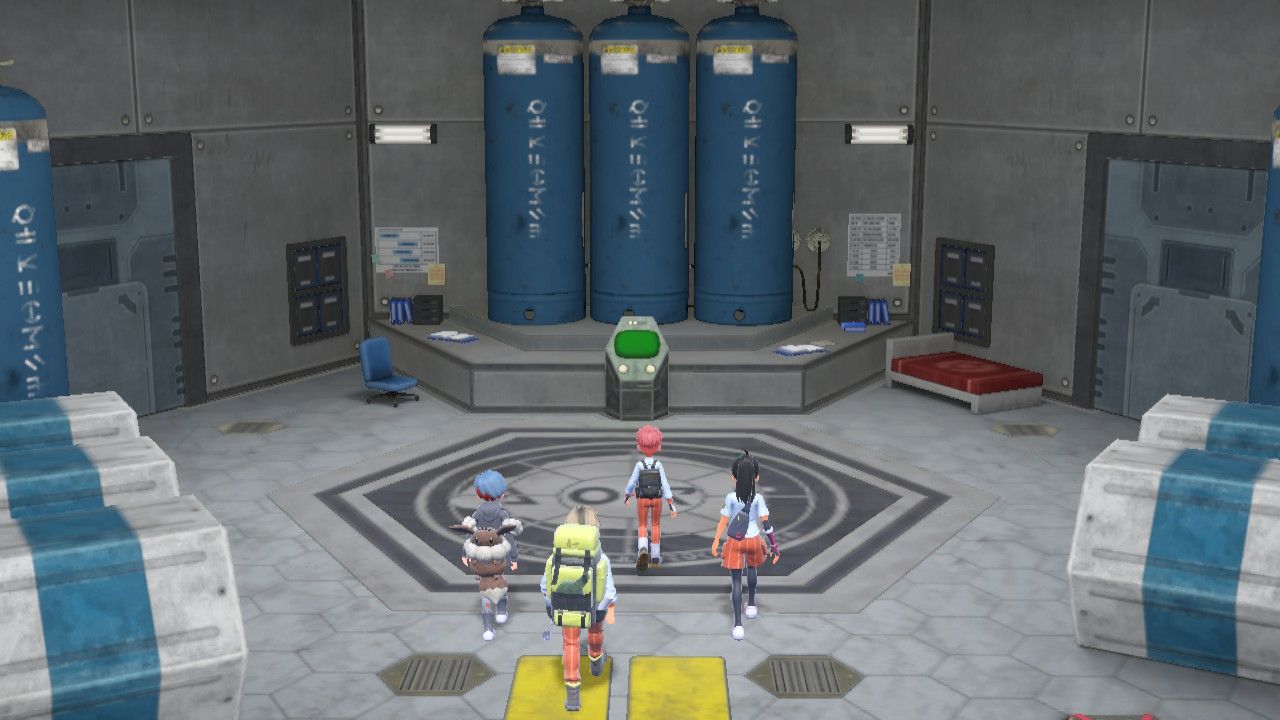 Reaching the second Research Station will trigger a cutscene, and you will be attacked by what seems to be a Jigglypuff or Delibird (depending on your version), but not quite… Defeat this mysterious pokemon and proceed inside the base.

Get inside the second Station where the professor will communicate through the speakers once again, telling you how they developed a time machine capable of bringing pokemon from ancient/future times. But to get more info about it, you need to move on. 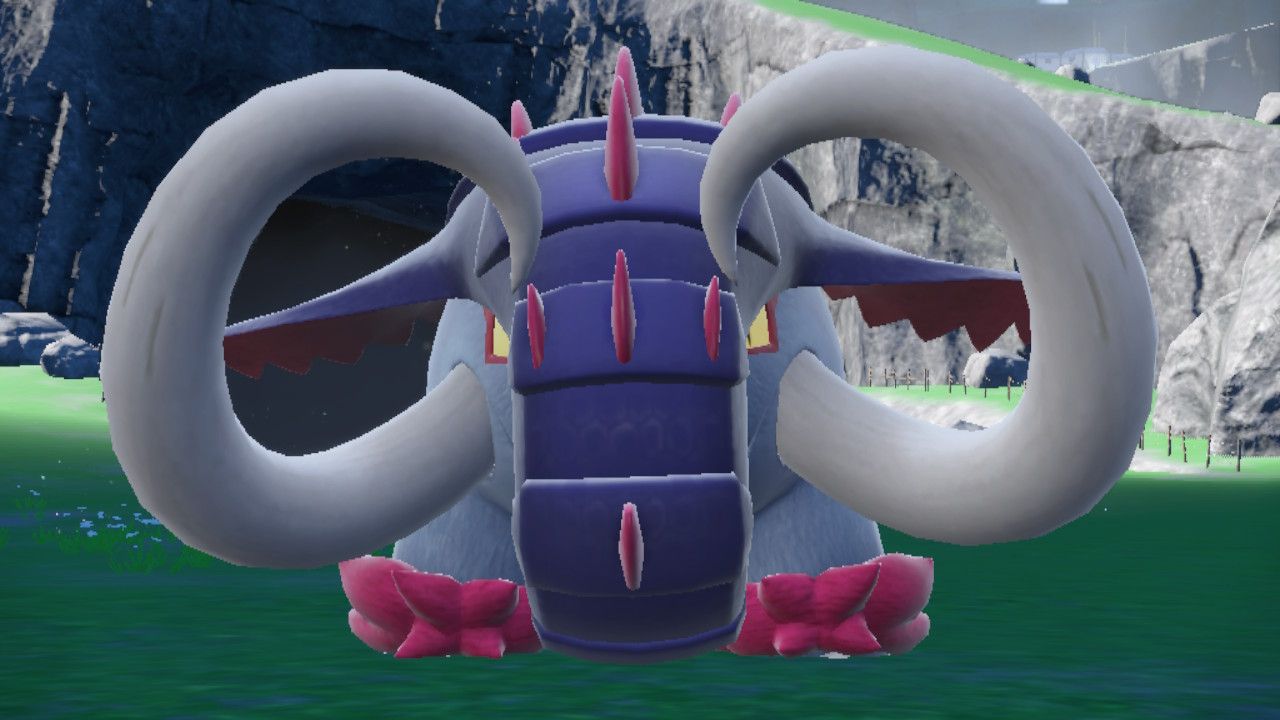 As you get close to the third Station you will be attacked by another strange pokemon, but this time it's a well-known one since we're talking about the Quaking Earth Titan. This pokemon, seemingly related to Donphan, will be different depending on your version of the game and its information goes as follows: 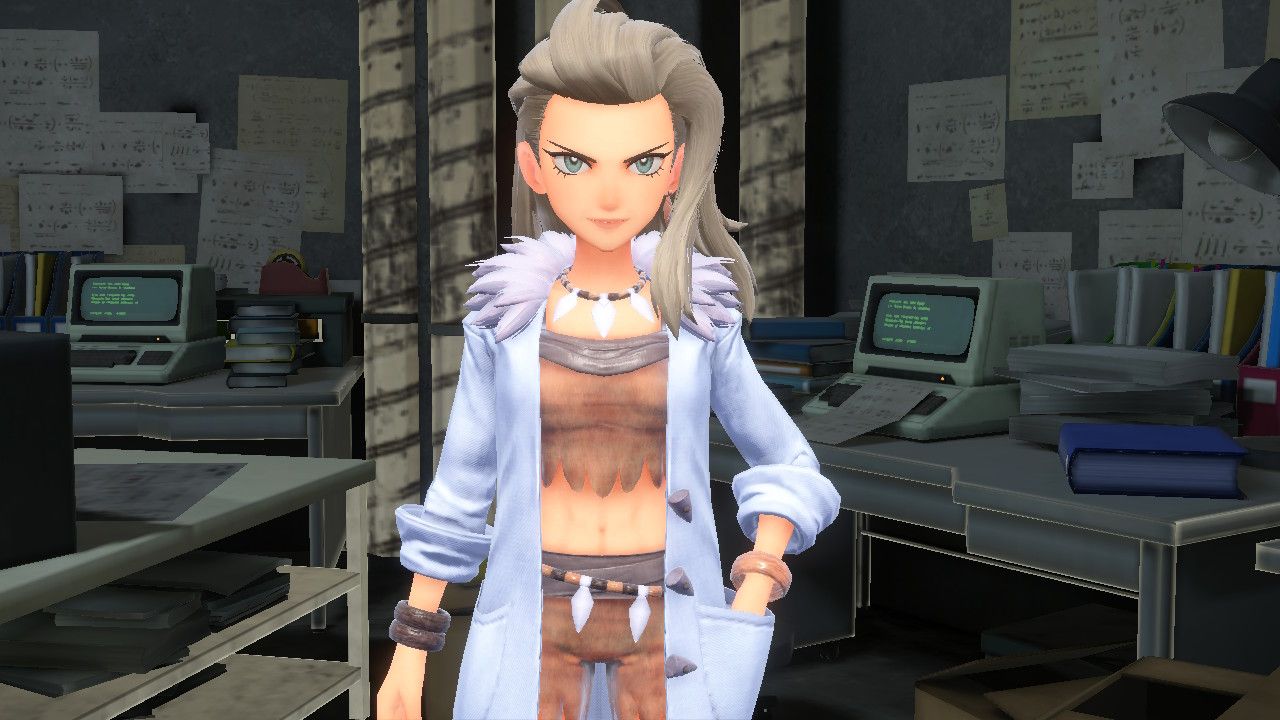 Get inside Research Station #4, and there you will find the partially-collapsed debris and ruins of an unknown disaster. This time, the Professor's odd messages in the speaker will alarm Arven, who suspects things have gone very, very wrong.

Defeat these wild strange pokemon, and when the battle seems to be too much for you, your friends prompt you to get inside the Zero Lab while they fend them off.

Once inside, you will finally meet with the Professor, who confesses they're actually a robot driven by an artificial intelligence, and that the real Professor is actually dead following an accident with both the feral and the tamed Koraidon/Miraidon, which happened some time ago in the ruined Research Station. With too many questions and so few answers, you have to follow the AI to the time machine, to destroy it once and for all. 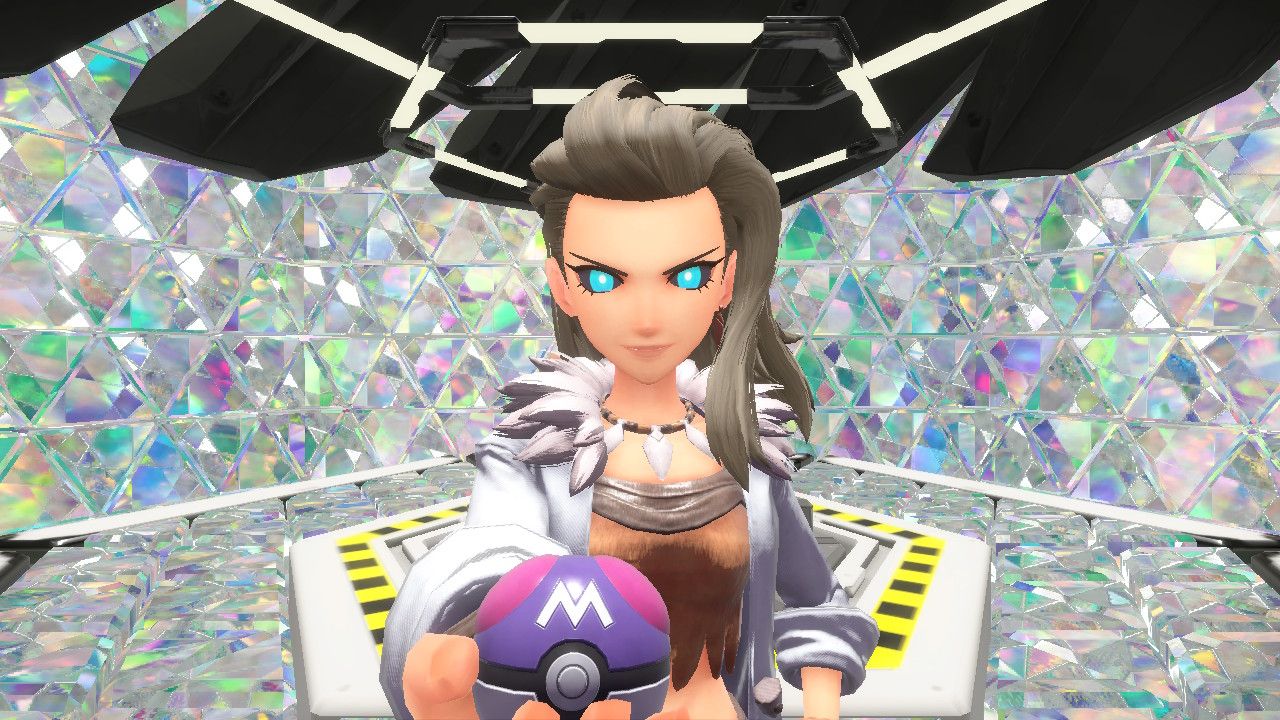 The AI Professor will give you some final words before activating the time machine, and after this one activate its defensive measures, they will be forced to challenge you to a battle. Now, their team will be conformed by only paradox pokemon, but it will differ depending on the game you're playing, so the lists will go as follows:

Defeating the AI will trigger a cutscene and your friends will join you to celebrate. But while Arven's grim reunion with the AI Professor it's a bittersweet one for obvious reasons, things are far from over. 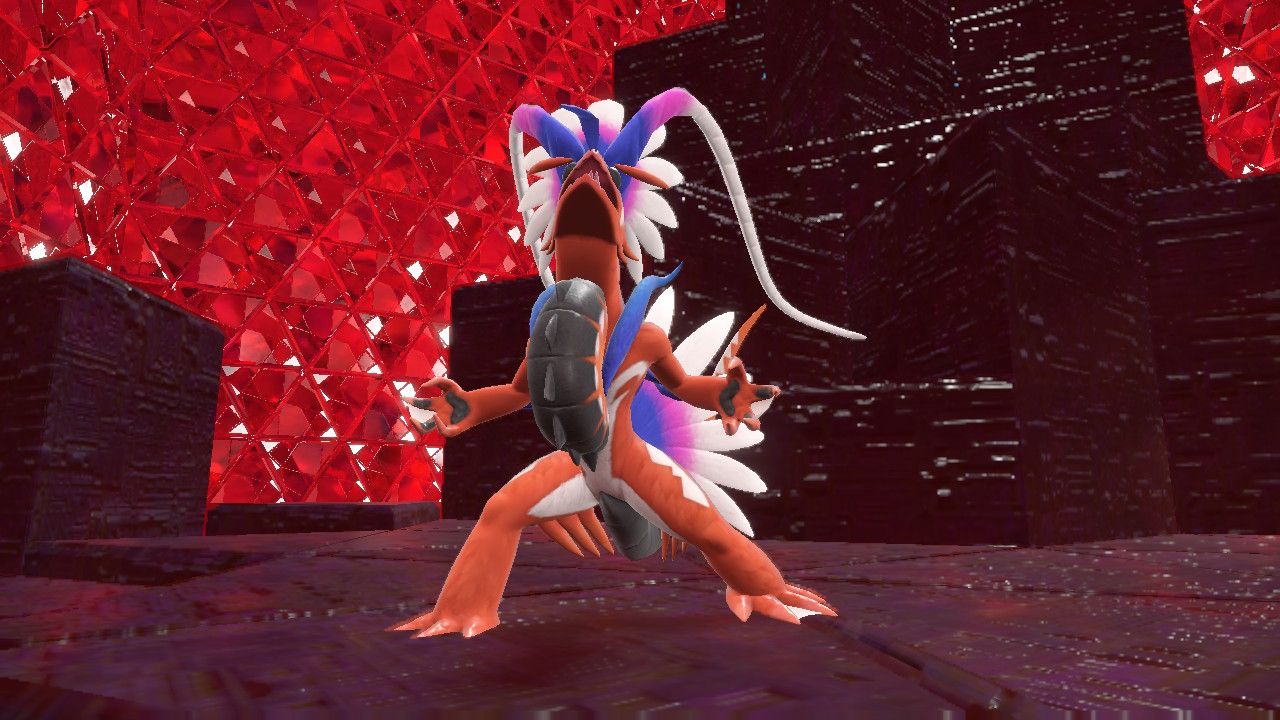 The AI Professor will go berserk, locking everyone's pokeballs and sending the feral Koraidon/Miraidon to finish you and your friends. After a few futile attempts to release your party, your only option to fight will be the Koraidon/Miraidon that has been always at your side throughout your adventure, and this fight will be an emotional rollercoaster, so be prepared.

During the fight, pay close attention to the prompts shouted by your friends, since that will give you the cue to withstand a massive attack and survive with 1 HP. After that, it should be easy for you to figure out how to finish the battle by terastallizing your partner and making use of the Tera Blast attack.

After defeating this legendary pokemon, the AI Professor will be absorbed by the Time Machine in the hopes of beginning their own journey, and after an emotional final farewell, you and your friends will continue your journey, knowing that there are still a lot of mysteries and wonders in the world of Pokemon. 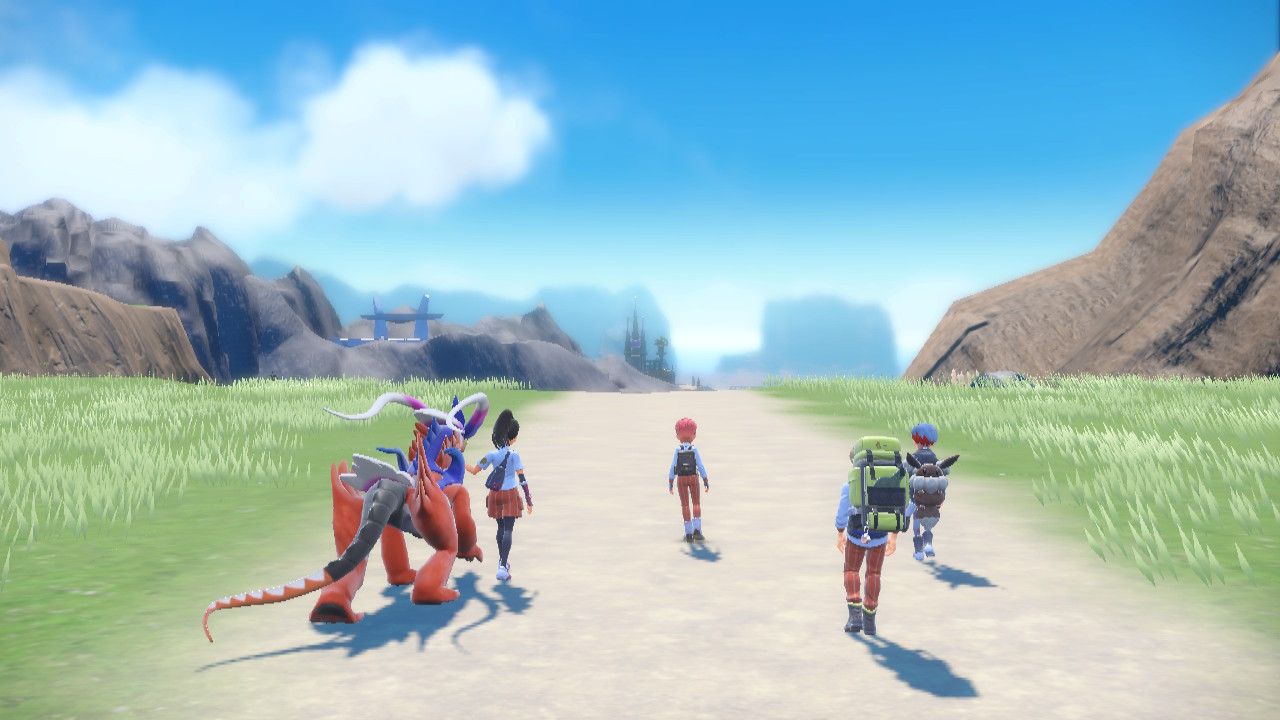