Pokemon Brilliant Diamond & Shining Pearl: How To Get The National Pokedex

One of the major goals in Pokemon Brilliant Diamond and Shining Pearl, as set out by the long-standing series slogan, is to catch 'em all – acquire every Pokemon in the game. There's no major reward for this unless you're into shiny hunting (though they nerfed the Shiny Charm in BDSP anyway), but the inherent satisfaction of a full Dex is what drives many players to get their hands on every critter in the game.

The biggest hurdle to clear in your quest to 100 percent Dex completion is acquiring the National Dex. Before you have this, the only Pokemon you can possibly encounter are the 150 in Sinnoh's regional Dex, with the remaining 343 being completely unobtainable, so getting the National Dex is key, and we have all the info you need to know about how to do it. 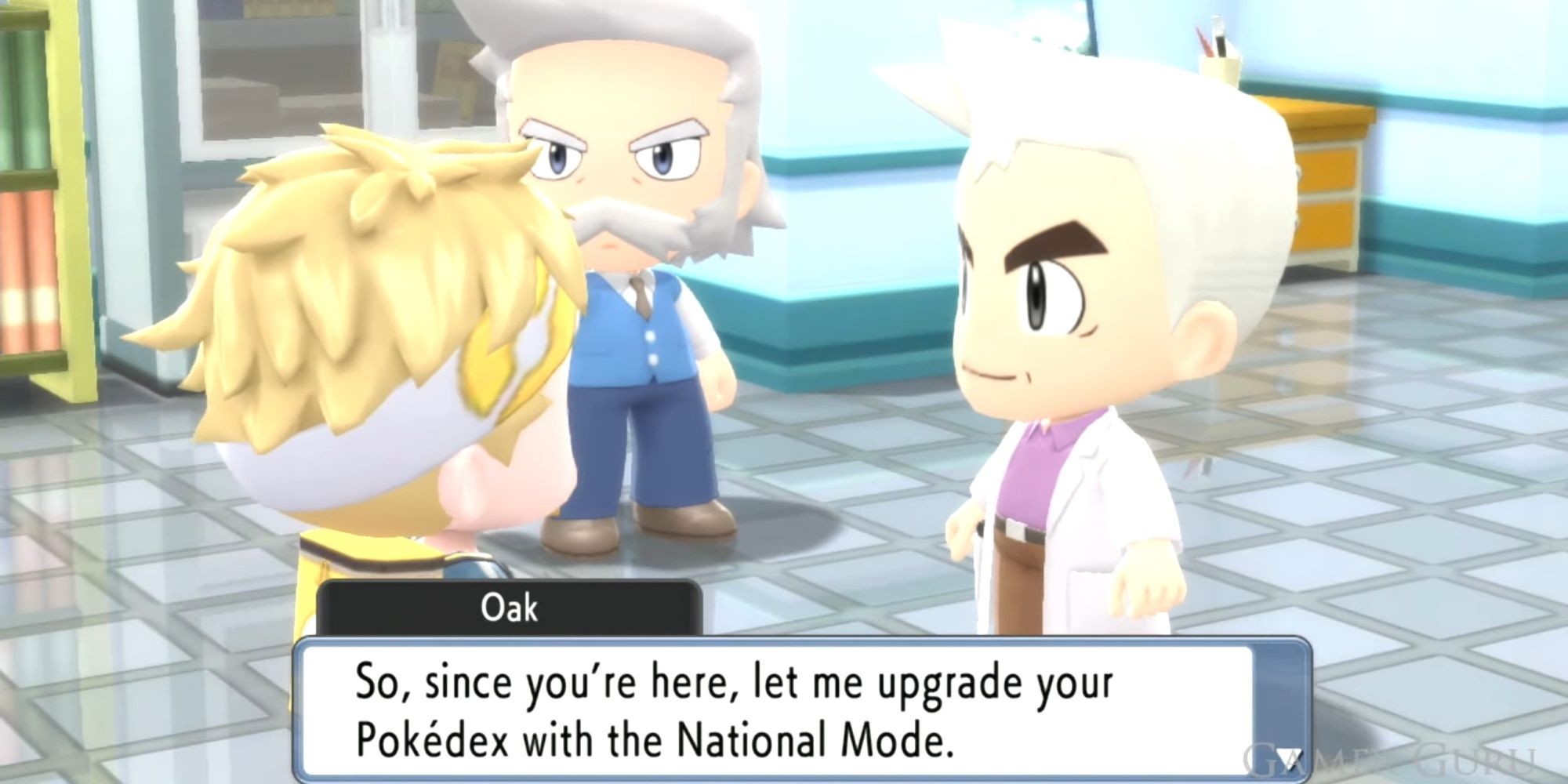 Unlike many late- or post-game rewards in Pokemon, the conditions for getting your hands on the National Dex often vary from game to game. In Brilliant Diamond and Shining Pearl, the National Dex is unlocked once you've seen (not necessarily caught – an important distinction) all 150 Pokemon in the Sinnoh Regional Dex. Once you've met this threshold, speak to Professor Rowan in his lab in Sandgem Town and your Pokedex will be upgraded with the National expansion.

Seeing a Pokemon just means encountering it in battle – either a wild encounter or on an opponent's team. Once you see a Pokemon in this way, some information on it is added to the Pokedex. If you were to catch it, you would get more information, but catching isn't necessary for the National Dex. This means that if you're only interested in getting the National Dex to get your hands on specific post-game Pokemon, you don't have to worry about catching anything.

You might notice that the Sinnoh Dex shows a possible total of 151, but the 151st Pokemon is Manaphy, who isn't required for the National Dex, so don't worry about having to find a way to see it. If you're playing before February 2022, it is obtainable, but it's not a necessity for Sinnoh completion, so don't sweat it if you can't get your hands on one.

As for how to see every Pokemon in Sinnoh's Dex, there's an easy answer to that. If you do every trainer battle in the game, you'll have seen (almost) every Pokemon. Every non-legendary Pokemon in the game shows up on a trainer's team somewhere, so jump into every fight on every Route and hidden area and you'll have the Dex filled in no time as you play through the story. If you're shooting for full National Dex completion anyway, then you might as well catch as much as you can now, but it's not necessary if you don't want to.

The only Pokemon you won't have after doing every battle are the legendaries. The Lake Trio can all be encountered – Azelf and Uxie at their respective lakes once they've been freed and served their role in the story, and Mesprit can be found at Lake Verity, though upon interacting with it, it will flee and begin roaming Sinnoh, so some exploration is required to encounter it. You can get an app to track it by speaking to the president of the Poketch company in Jubilife City, but Mesprit is considered seen once you interact with it and cause it to flee, so this isn't essential. 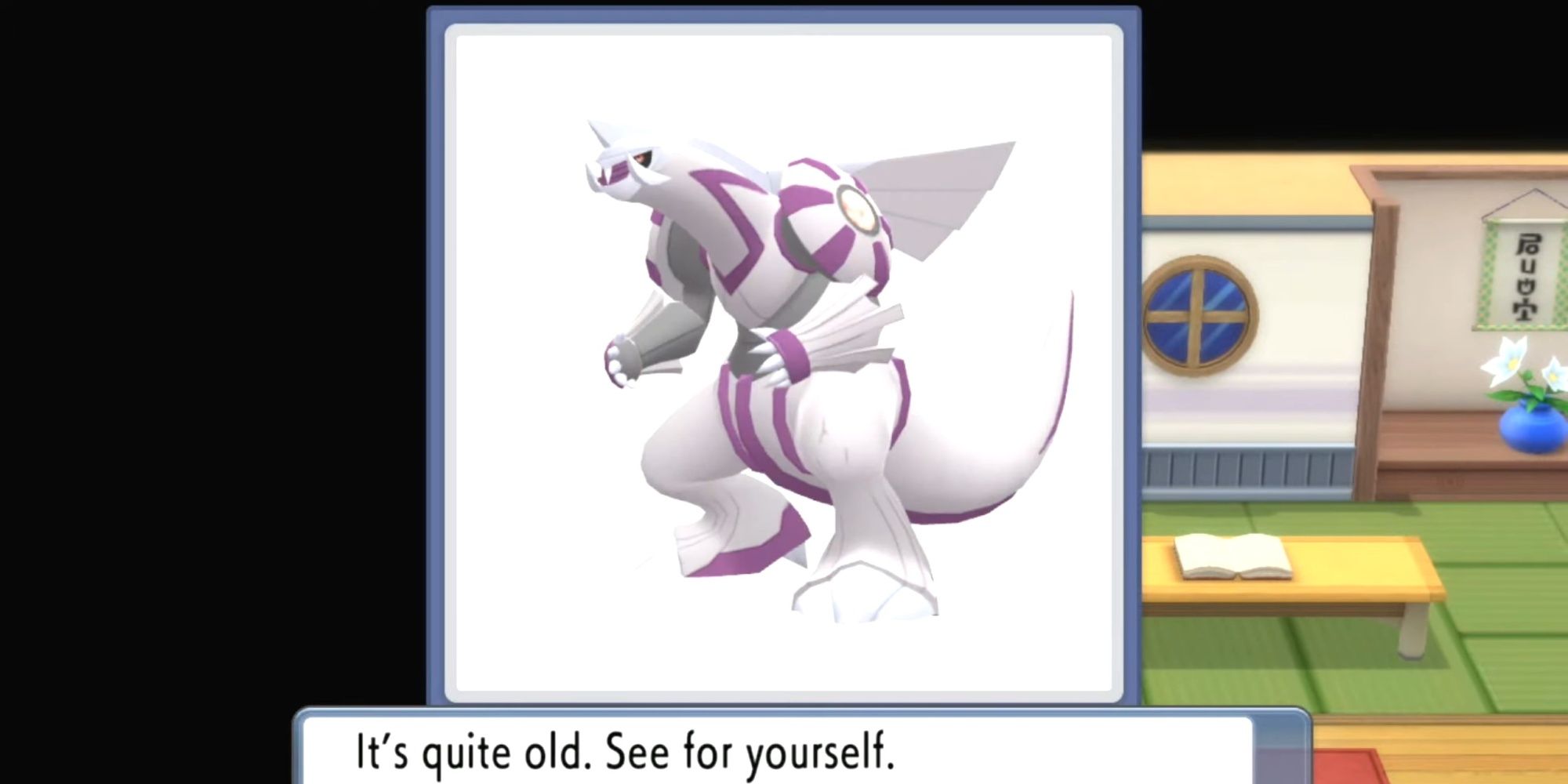 Finally, Dialga and Palkia. You'll encounter one as part of the story of your game, but the other can be a bit trickier. After you finish up the events at the Spear Pillar, make your way to Celestic Town and find Cynthia's grandmother. Speak to her, and she'll show you a photo of Dialga (if you're playing Shining Pearl) or Palkia (in Brilliant Diamond). With that, you'll hit 150/150 and can go to Professor Rowan's lab to get that National Pokedex!