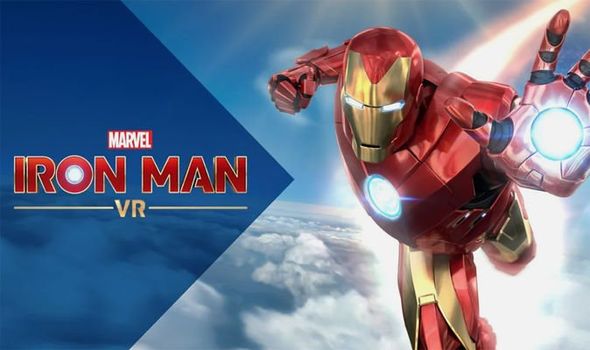 New Iron Man VR details have been revealed ahead of the game’s PlayStation VR release date.

A high-profile release with a triple-A budget, Marvel’s Iron Man VR is almost certainly the biggest PSVR game of the year, and in more ways than one.

In a new deep dive on the PlayStation Blog, game director Ryan Payton has revealed how big the upcoming PSVR game is.

According to Payton, Iron Man VR could take players upwards of ten hours to complete.

“As a PlayStation VR enthusiast, I know many of you want big VR-only games, not just demos or short experiences,” the post reads.

“We initially thought the campaign would span 4-5 hours, but based on recent playtest data, we’re pleasantly surprised that average playtimes are now roughly double that!”

“One of the biggest challenges my colleagues at Camouflaj faced was creating huge, great looking environments to fly around at top speeds,” the post continues.

“This required us to build environments many times the size of our first game, République. (For comparison’s sake, you can fit twenty-three entire world instances of République into the initial Malibu environment.)

“Getting texture streaming to keep pace with Iron Man’s super speed was a complex technical hurdle, but we stopped at nothing to ensure players can fly around beautifully rendered Marvel landscapes.

Fully realised locations include the S.H.I.E.L.D. Helicarrier, Shanghai, and even the Stark facility. Shanghai looks particularly impressive, featuring all manner of towering buildings and neon signs.

“Our most ambitious environment, Shanghai, gives players the unique sensation of flying through a high density downtown with plenty of tall buildings to weave in between,” Payton explains.

“We worked closely with Marvel Games’ VP & Head of Creative, Bill Rosemann and Creative Director, Tim Tsang, to craft a storyline that puts Stark Tower in the thick of the action and drama.”

“Tony Stark has retired from making weapons and instead creates technology used to battle evil as Iron Man,” reads the official description.

“After several years as a world-famous Super Hero, Tony is attacked by the mysterious Ghost, a hacker and anti-corporate activist who repurposes old Stark Industries weapons.

“In her efforts to topple his empire, Ghost attacks Stark’s corporate locations around the world, leading to ever-escalating stakes and a final showdown.”

In addition to Tony Stark and Ghost, fans can expect appearances from the likes of Nick Fury and Pepper Potts.