Sony has updated the PlayStation Store in a bid to hide shovelware from the storefront. The new releases tab will now prioritize better-selling titles, making it harder for lazy, trophy farming games to make it to the top of the page.

However, this also means that legitimate indie games will be de-prioritized too, with the new releases section now showing games such as MultiVersus, Digimon Survive, and Two Point Campus. The indie games that have made it to the top are ones that had already received widespread attention, such as Cult of the Lamb and Stray.

The change was spotted by PushSquare, who saw that the section of the PS Store dedicated to new releases now orders games by how well they're selling, rather than their release date.

Before the update, the old system meant that shovelware such as The Pig Quiz and The Jumping Noodles Turbo were at the very top, despite both being repeatedly spammed on the store to stay ahead of the queue. At the time of writing, both games have been uploaded dozens of times each, with almost no change between each release. 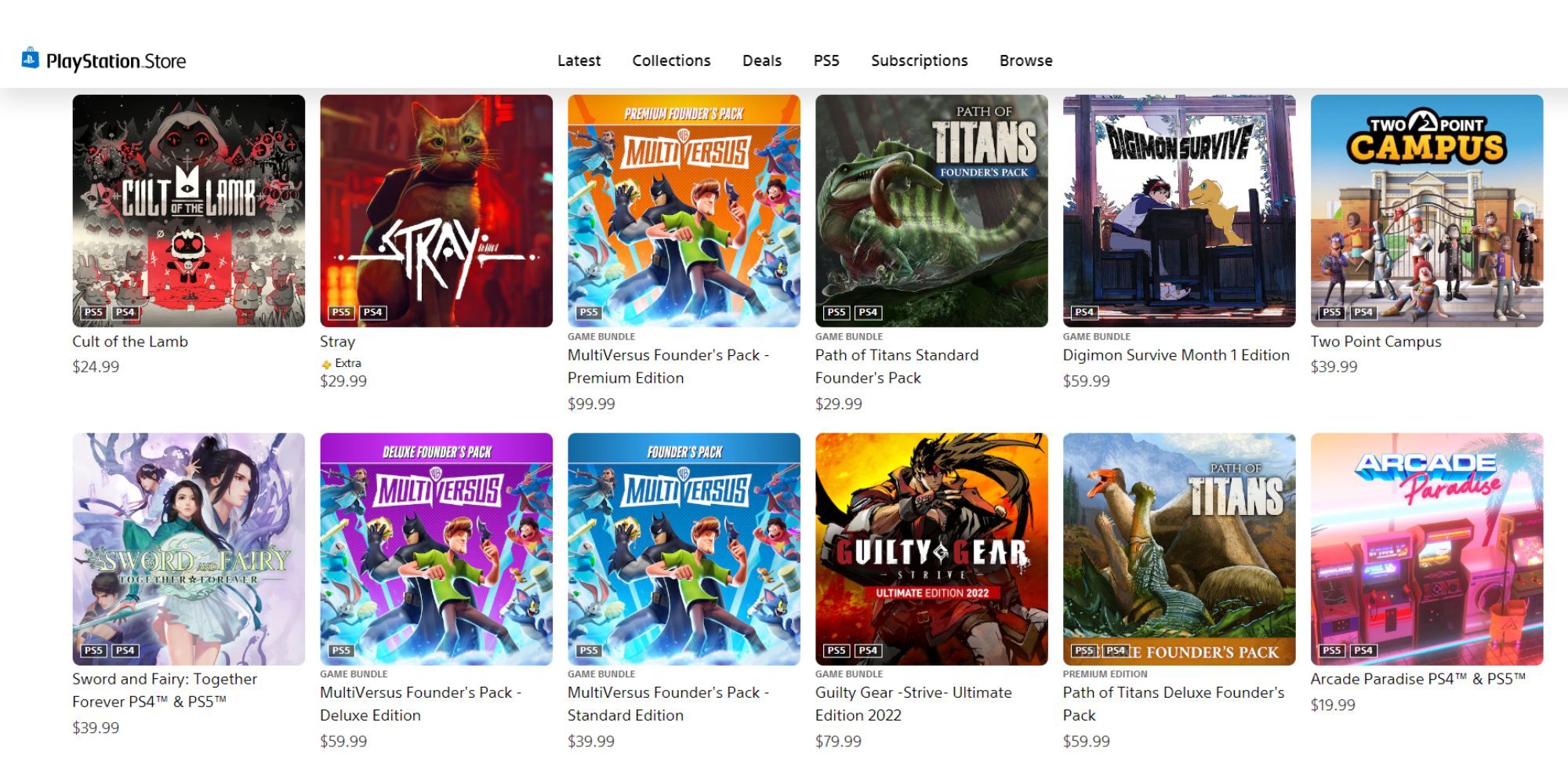 Because of the changes made to the storefront, the top three new releases are Cult of the Lamb, Stray, and MultiVersus. Of course, this means the shovelware is still there, it's just less likely to be advertised to players now. It remains to be seen if Sony plans to implement anything to prevent such games from being sold on its storefront in the first place.

Low-quality games being inadvertently promoted by Sony is far from a new issue, however. Perhaps the most infamous example of this is when the official PlayStation YouTube channel shared a trailer for a game called Life of Black Tiger, which uh, looked interesting. Yes, the trailer is somehow still on the channel to this day, ridiculously negative comment section and like-to-dislike ratio and all.