Frontier’s Planet Coaster is an incredibly unique and in-depth theme park simulator. It was released back in 2016 and brought with it a complex park building and management experience that’s now being delivered to console players. We were recently given the chance to speak to the developers and get our hands on an early build. Here’s what we’ve discovered.

Not Just A Port

In an interview with some of the development team, we found out more about the pack and what it includes. They explained how it is not just a straight port but a game in its own right.

Planet Coaster Console Edition will combine all the features of the PC edition including career mode, sandbox mode, and challenge mode with all the updates from the past four years, including the dark rides update and similar additions. As well as these expected inclusions there’s also a brand new tutorial that helps newcomers learn the control system as well as a coaster tutorial that introduces more advanced features. 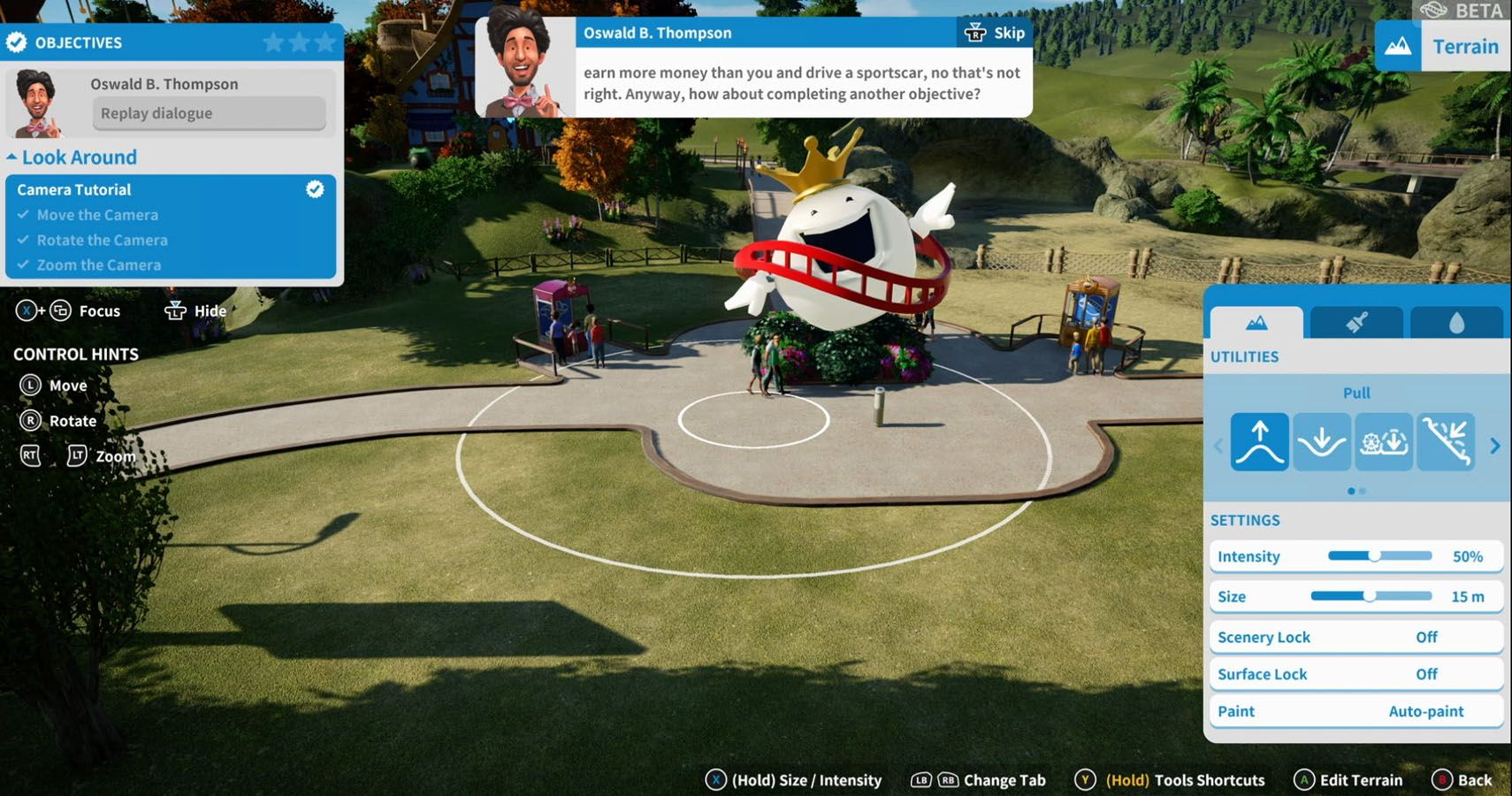 One of the things Planet Coaster is known for is its unique control system that offers incredible customization but has a steep learning curve. In order to port this, the team began with a basic port to see if it was possible and then rebuilt the system to fit the console.

The control system still offers the same utility as the PC version but has been rejigged to suit the platforms. All the interfaces have been shuffled around to make them easier to navigate and there are also extra features including a radial menu to access keyboard shortcuts, a modify key for second stage building options, and a settings panel.

The game has been created with beginners in mind. While Planet Coaster is an enjoyable game, it’s not known for its user-friendliness. The build system, in particular, is versatile but fiddly so the team has looked to address that.

All the basic functions are easy to access and more in-depth ones aren’t too many key presses away. For those who don’t want the complexity, there are some nice new features including a grid system and movement snap, both of which help place items quickly and in a symmetrical way. There are also hundreds of new blueprints and pre-built creations to allow players to construct expansive parks without needing to access the enhanced creation functions. 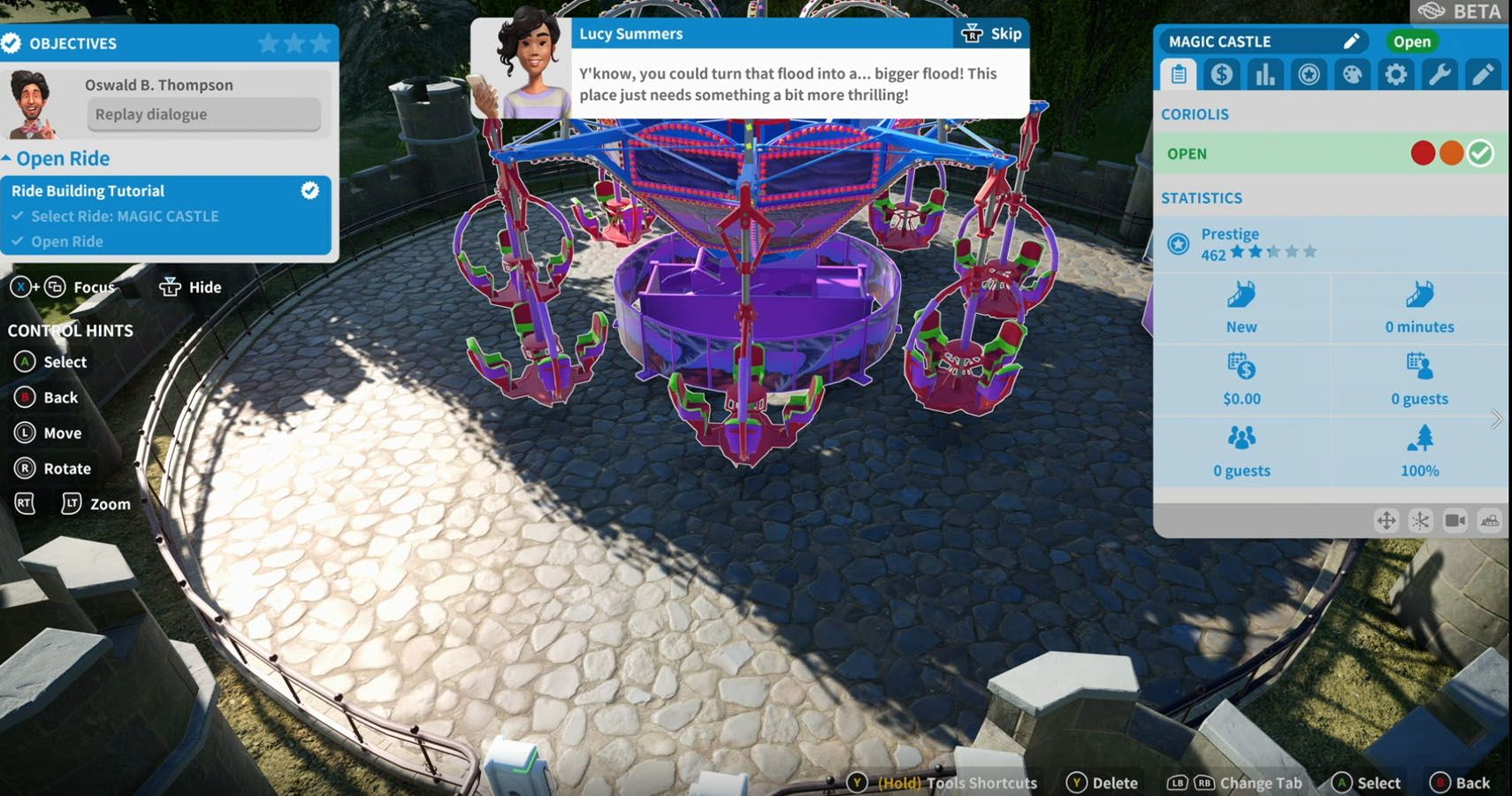 Since there’s no Steam Workshop on consoles, the team has developed the Frontier Workshop to replace it. This is a community sharing platform that’s fully integrated into the game itself. Here players can upload, share, discover and download rides, scenery, and even parks.

I’m a Planet Coaster veteran. I’ve owned the game for several years and have played on and off over that time. I also play Planet Zoo and Jurassic World: Evolution, both of which use elements of the same control system, especially Planet Zoo. This means I’m familiar with the controls but in this case, I’m not entirely sure that was a good thing.

The first thing I noticed was that it didn’t feel as overwhelming as I expected. I managed to get the basics together quite quickly and the tutorial really helped. However, my attempt to create a park came out looking like it was done by my kid.

Honestly, I think the main issue was not that the control system was bad but that it was different. Since I’ve been playing Frontier games for years I know how the controls work and where the menus are. The thing is, the menus aren’t there anymore. 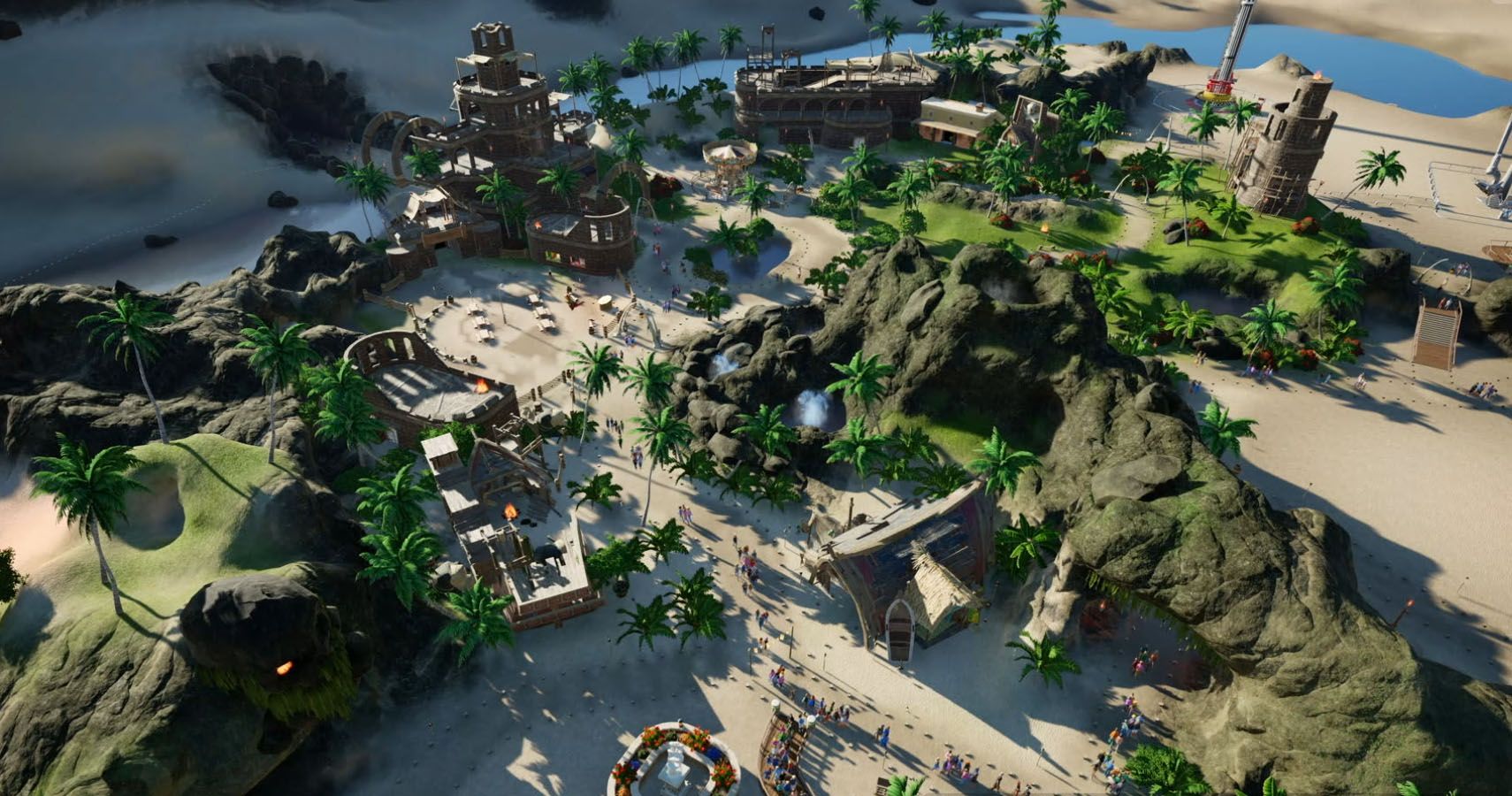 As a control system, Planet Coaster Console Edition’s controls appear on the surface to be far more intuitive in many ways than the PC equivalent. Some things aren’t as easy to find but the menus make sense and the flow feels more streamlined. The problem is I am neither sensible nor streamlined and in the short time I had, my brain couldn’t cope with learning the differences.

This is one game where honestly having a fresh start may well be an advantage. I’m also curious to see if it’s easier when using a keyboard and mouse, so at least the control input is the same. The game will support plug and play USB keyboards and mice so when we get closer to release I hope to test this theory.

For now, I remain quietly confident that this port is going to make building a beautiful theme park easier for newcomers and just as engaging for veterans.

Planet Coaster Console Edition is due to be released on PlayStation 4 and Xbox One later this year. Frontier offered TheGamer a chance to preview their development build of the game and to speak to the developers. Our thanks to them for answering our questions.