Physna, a Cincinnati, Ohio-based startup developing an AI-powered 3D modeling platform for industrial engineering, today announced that it raised $20 million. The company says the funds will be used to grow its team and increase development as new customers sign on.

It’s often difficult to search using the 3D model of a physical part, such as a CAD model or a 3D scan — especially when the part is a component of something larger (e.g., matching a screw to an assembly). Traditionally, solutions have been costly and time-consuming, impacting processes not only during engineering procurement but parts identification. It’s estimated that while over 70% of the economy is centered around physical goods, less than 1% of software is capable of handling 3D data

CEO Paul Powers and CTO Glenn Warner founded Physna in 2015, originally to protect product designs from intellectual property theft. But in 2016, the company pivoted, aiming to bridge the gap between the physical and digital world with deep learning technologies that codify 3D models into data understandable by software.

Physna breaks down the structure of 3D models, analyzes them, and determines how different models are related to each other. Customers can find models by searching with a 3D model, partial model, geometric measurements, or nothing but model data. Physna’s AI finds model matches by predicting descriptions, classifications, cost, and materials. The platform surfaces all duplicate and similar parts, even components within complex assemblies, and shows the exact location and quantity of components within assemblies. 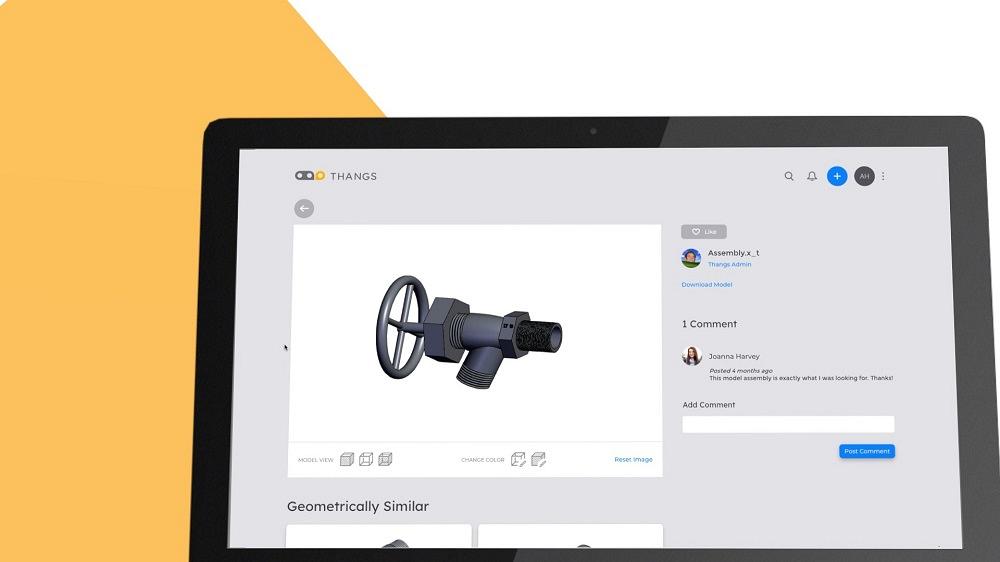 Physna says its technology can learn from existing models through metadata and information tagged by a team of engineers. Beyond making production predictions, estimate costs, materials, and manufacturability, the technology can ostensibly predict part performance based on historical data and uncover potential design flaws.

In addition to Physna’s enterprise product, the company provides a search engine called Thangs, which offers a search tool for physical object search (including assemblies) and shows how individual parts fit together. Physna claims that since launching in August 2020, hundreds of thousands of people have used Thangs to search with models directly rather than relying on text.

CEO Powers says that Physna counts among its customers the Department of Defense and “a host” of Fortune 100 companies in the aerospace, automotive, manufacturing, medical, and robotics industries. “Physna has enabled a quantum leap in technology by allowing software to truly understand physical 3D data. By merging the physical with the digital, we have unlocked massive and ever-growing opportunities in everything from geometric search to 3D machine learning and predictions,” he said. “Having both Sequoia and Drive endorse this next-generation of search and machine learning helps Physna empower even more technical innovations for our customers and the market as a whole.”

Sequoia Capital led the series B investment in Physna announced today, with participation from Drive Capital. It brings the company’s total raised to date to $29 million.