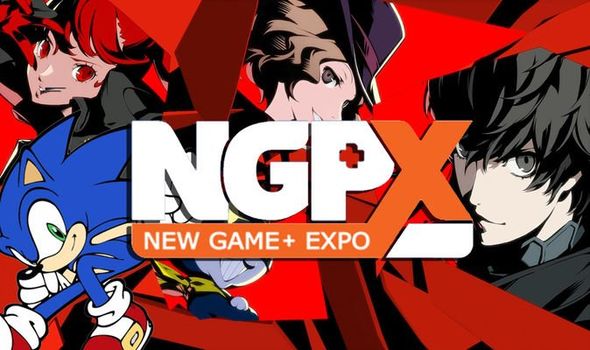 UPDATE: The New Game Plus Expo wasn’t as prolific as the leak made out, as Sonic and Persona failed to appear during the stream.

Despite various leaks and reports, no new Persona game was announced during the event. We didn’t even get a release date for Persona 5 Scramble: The Phantom Strikers.

Sonic the Hedgehog was also absent from the stream. Sega’s only involvement was during the Catherine Full Body segment for Nintendo Switch.

ORIGINAL: Persona fans might want to tune in to the New Game Plus Expo live stream later this week.

The New Game Plus Expo will be broadcast live on YouTube at 4pm UK time on June 23. You can watch the event unfold in full by checking back here and clicking play on the YouTube embed below on June 23, or by visiting the event’s Twitch channel.

According to the promotional material, the New Game Plus Expo features announcements by the likes of Sega, Atlus, Arc System Works, and SNK.

Based on previous leaks, fans could be treated to a whole host of Persona announcements, including remakes of the first two games, as well as a release date for hack-and-slash Dynasty Warriors-style spinoff Persona 5 Scramble: The Phantom Strikers.

According to an alleged leaked image over on Imgur, we may even get a brand new Persona fighting game for PlayStation 5.

Needless to say, there are also rumours that Persona 6 will be announced, although this seems less likely.

As for Sega, the rumours suggest that a brand new mainline Sonic the Hedgehog game will be announced.

That’s on top of a possible new expansion for Team Sonic Racing, which means new courses, characters and more.

Sega is also reportedly working on Sonic Adventure remakes, which are said to be loosely pencilled in for 2023.

If I had my way, Sega would announce console ports of Model 2 and Model 3 arcade games, but that will almost certainly never happen.

Some sort of Dreamcast Mini or Saturn Mini would also be good, but we’ll probably just find out more about the Micro Game Gear handhelds.

Other rumoured announcements include a new Disgaea game, as well as new Danganronpa release and spinoff.

You can see the full list of companies appearing in the stream below. Remember to check back at 4pm BST to find out what’s been announced in full.

Companies appearing at New Game Plus Expo in full…