If you chose to partake in the Drama Club at Yasogami High during your playthrough of Persona 4 Golden, then you’re no stranger to who may be its most dedicated member – Yumi Ozawa. Pouring herself into passions is what keeps her afloat in family dramas, and she’s gotten pretty damn good at it, to boot.

Her social link deals with the ramifications of distracting yourself from your feelings instead of experiencing them, and it’s with your protagonist’s help that Yumi begins to feel like herself again. For help on how to max Yumi’s social link in Persona 4 Golden, read on ahead.

This guide may contain spoilers for plot points in Persona 4 Golden. 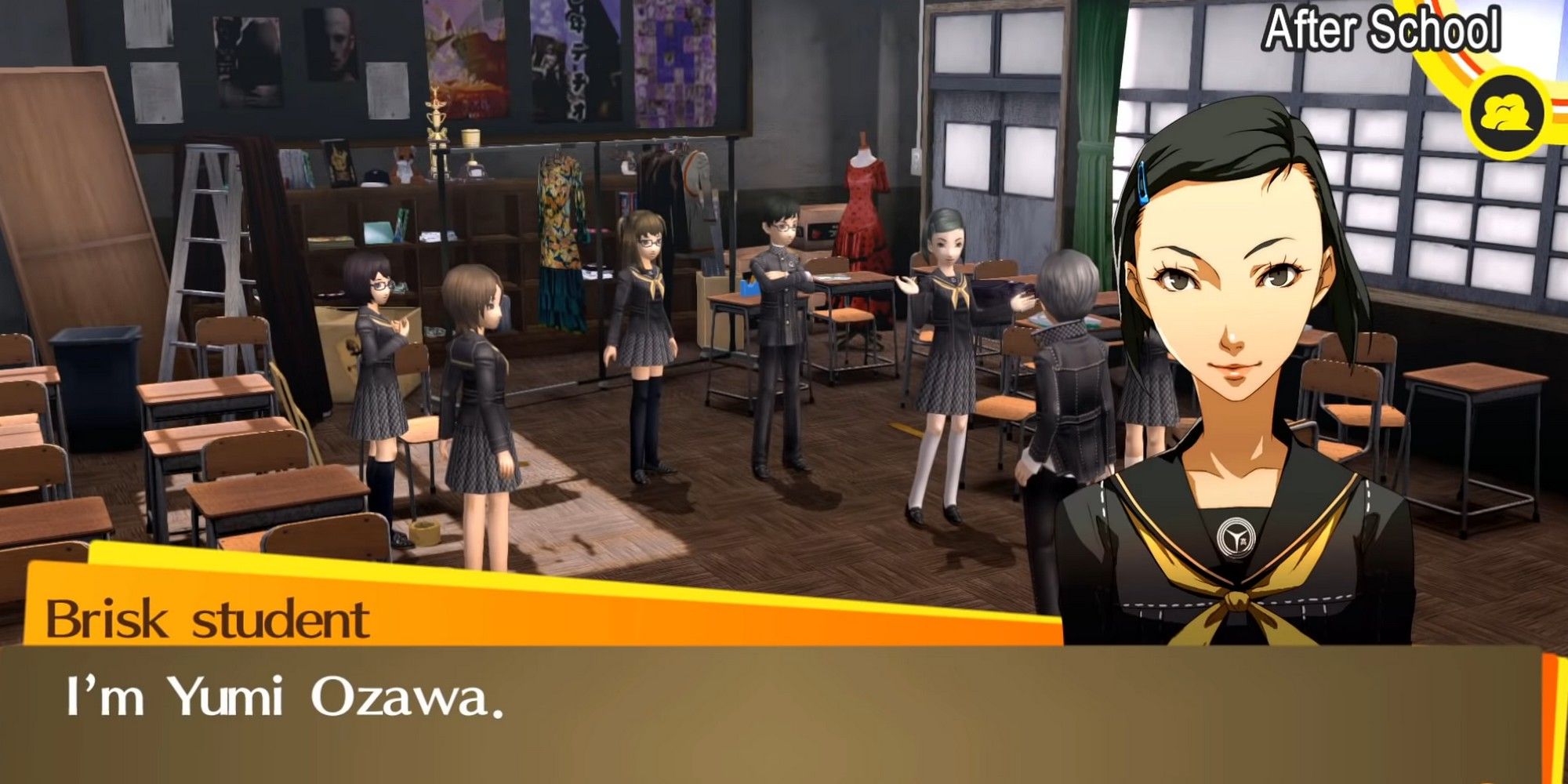 You won’t meet Yumi until you’re able to join school clubs, which happens automatically on 4/25. After school on that day or any after, head to the second floor of the Learning Building at Yasogami High.

Choosing band club will introduce you to a different girl, Ayane Matsunaga, while Yumi takes part in the drama club. While both girls count as the person covering your Sun arcana, you only need to befriend one.

In fact, you actually only can befriend one of them – with so much going on, Yu is only able to join one club and one sport (which puts you in the same boat for your Strength arcana). Choose your extracurricular activities wisely.

If you'd like to meet Ayane and experience her story in addition to Yumi, you'll have to begin a new game to do so. Ayne will then be the person serving as your Sun social link instead.

How To Rank Up Yumi’s Social Link 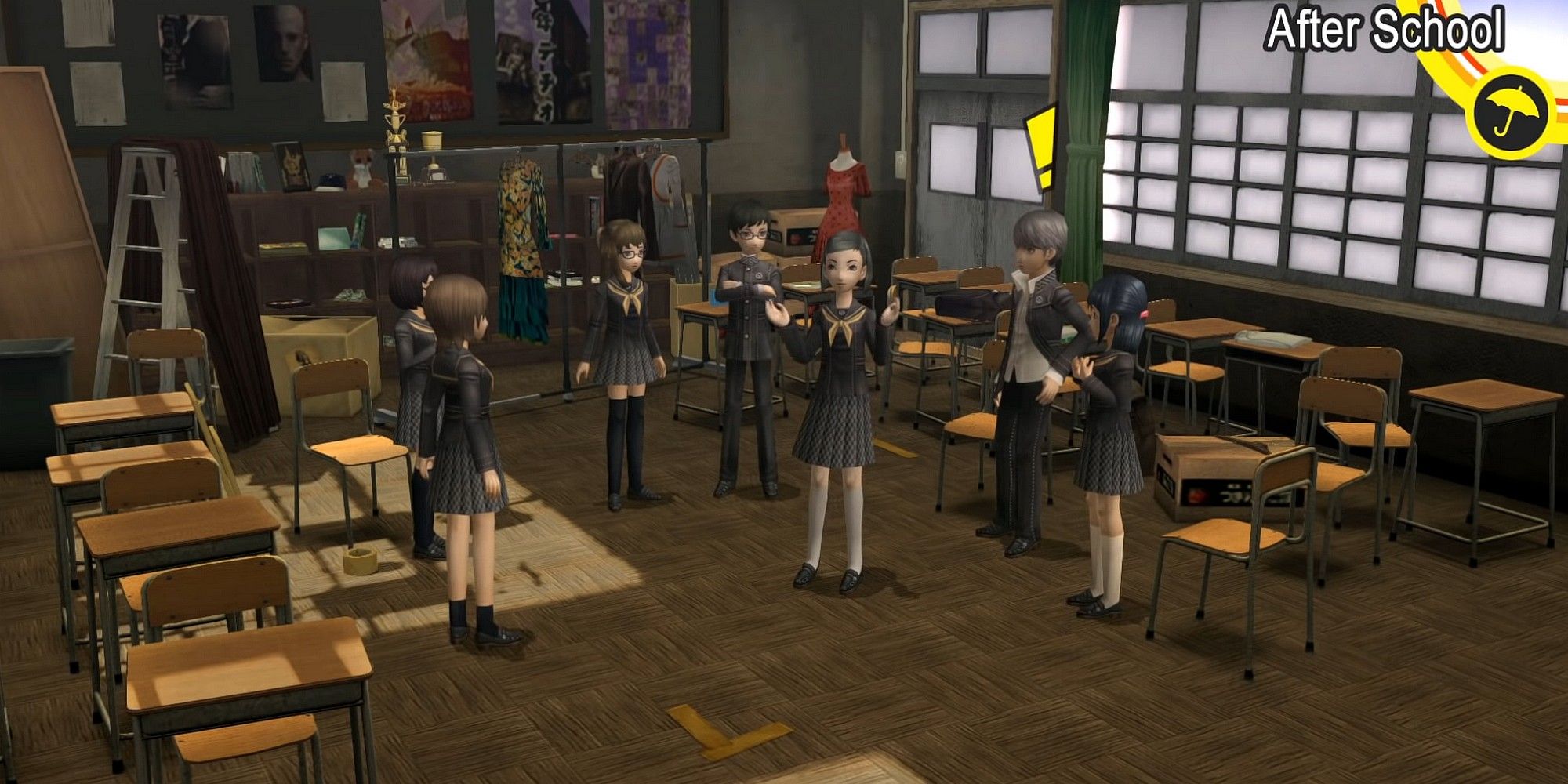 As with the rest of your social links in Persona 4 Golden, you’re able to earn bonus affinity with Yumi by hanging out with her while you have a Persona in your party that matches her arcana.

Yumi is your Sun social link in Persona 4 Golden, so be sure to hit the Velvet Room to be sure you’ve got a Sun Persona in your party.

Additionally, if you’re aiming to romance Yumi in this playthrough, the option to do so won’t happen until you max her social link at Rank 10. The only difference in the scene in which it happens is that choosing to romance Yumi offers one additional line of dialogue during the Rank 10 scene. 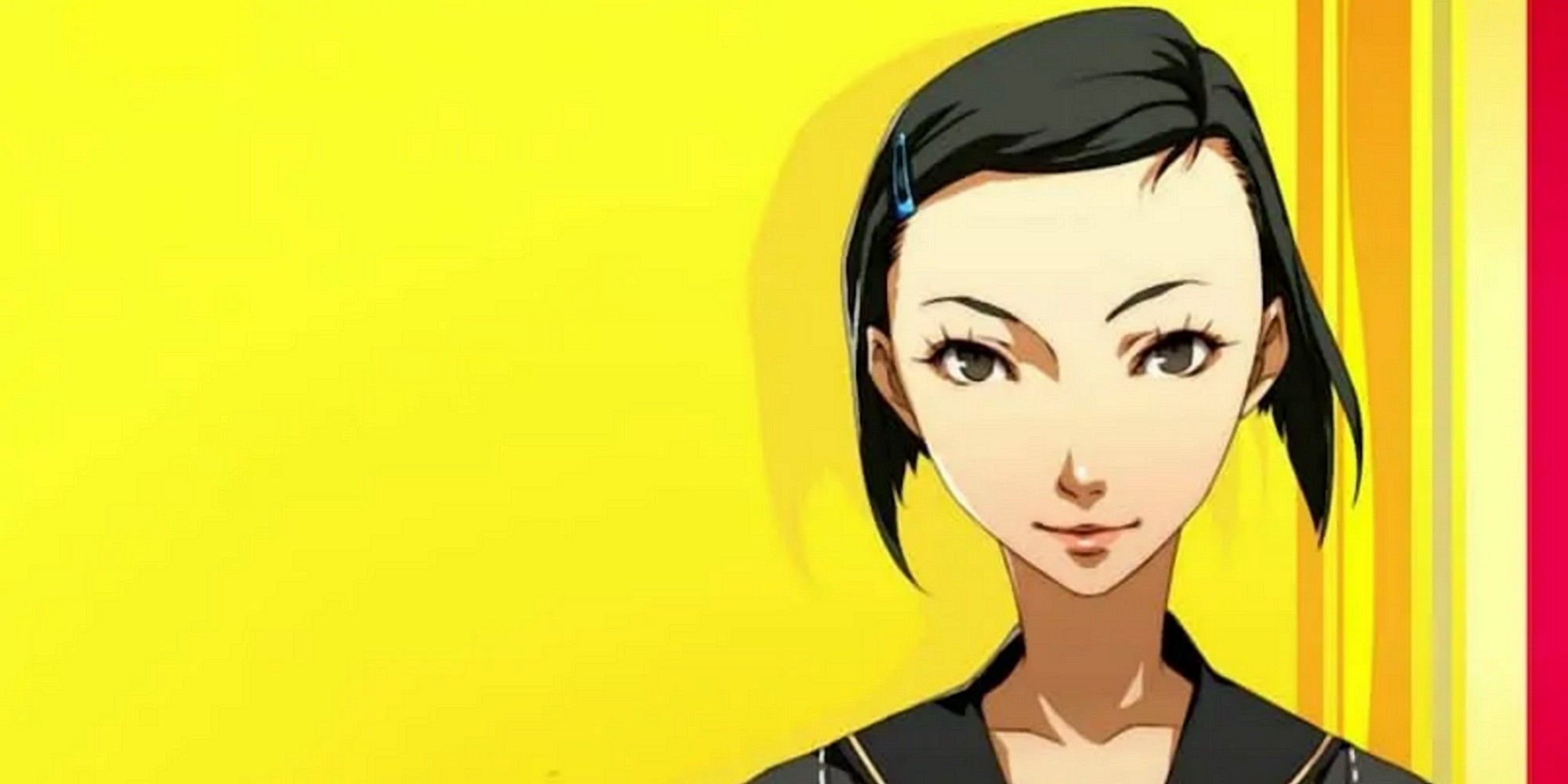 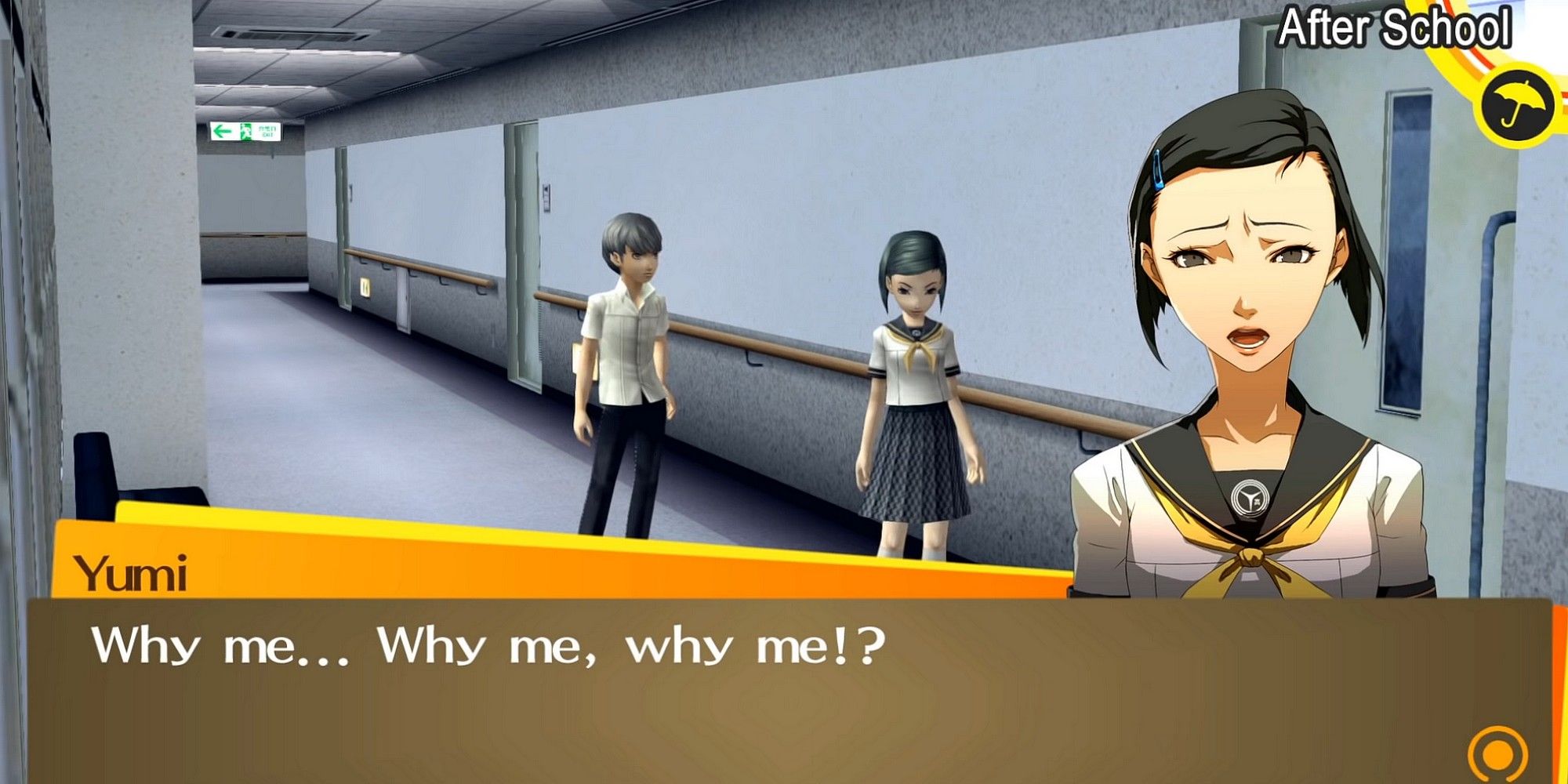 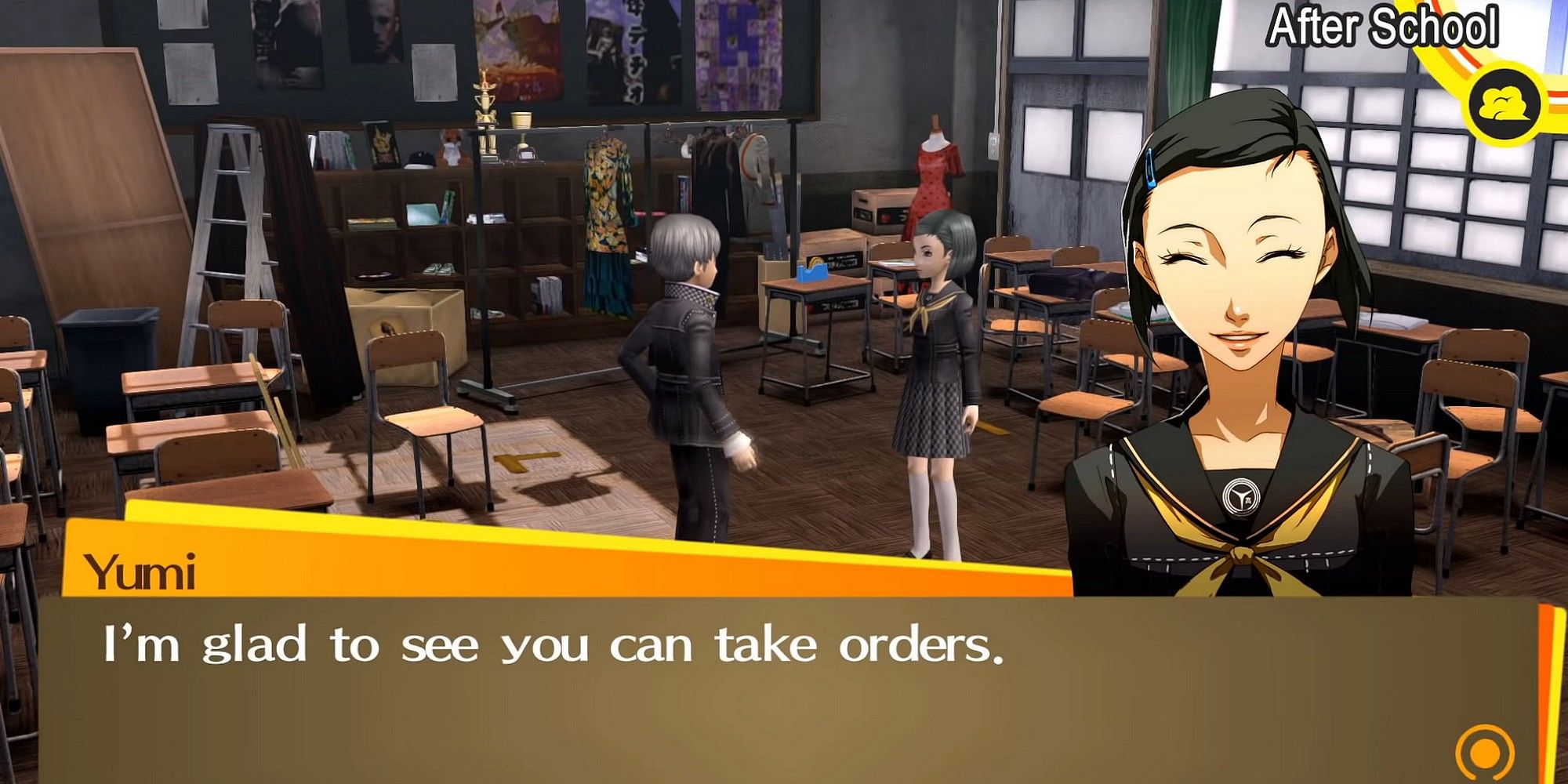 Though most of the people you can meet after your protagonist becomes able to sneak out at night are part of your Investigation Team, there’s also an option to spend time with Yumi.

However, she’s only available on one single night – 5/20. She can be found in the South Shopping District on this evening.

You must join the drama club before 5/20 and begin Yumi's social link for this event to trigger – you can't spend time with her if you haven't met her yet.

After this scene with Yumi, you’ll also receive one of three items.