Pathfinder: Wrath Of The Righteous – How To Unlock The Golden Dragon Mythic Path

It's not just the variety of classes that make Pathfinder: Wrath of the Righteous a popular RPG, it's the unique skills and abilities players can attain when their character reaches more advanced levels. There are the choices of subclasses during the initial build, and Prestige Classes start to open up at around level 10. Another interesting twist is the choice of Mythic Paths, which have more to do with moral alignment than class.

The Storyteller can be found in the Blackwing Library, and Stauton Vhane can show you where it is. After you rescue the wizened old elf, he's available in the tavern to tell you not only about the scale but several other items of interest that your character can pick up. He tells you to keep an eye out for other items that belonged to the silver dragon.

The Road To Leper's Smile 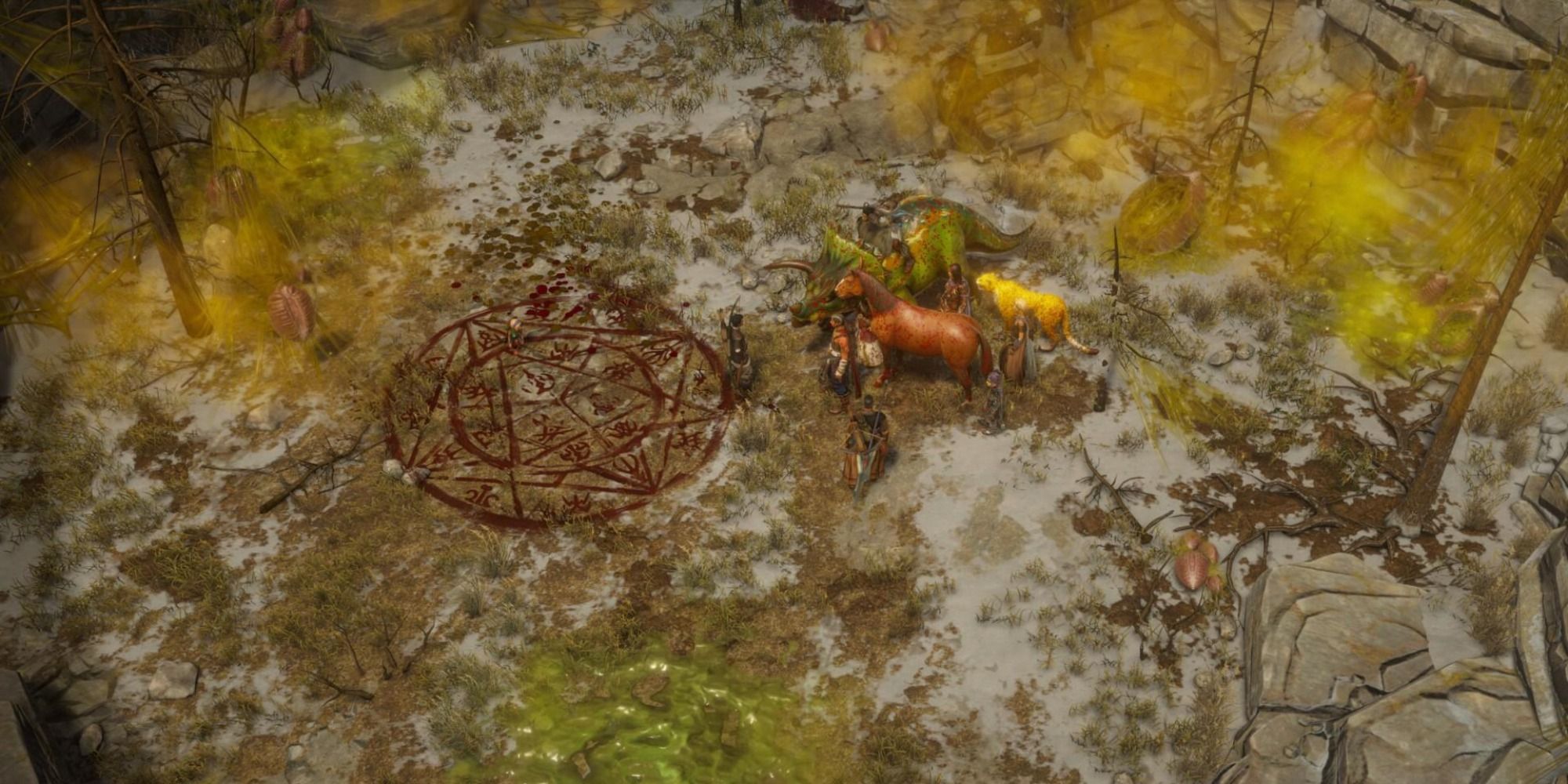 Did you think the Crusade was going to Drezen? This location, which is about halfway to the city, is just as important to the plot and essential to the Mythic Dragon Quest. Back in Defender's Heart in Kenabras, the Storyteller asked you to find something else that belonged to Terendelev.

Leper's Smile is where some of the looters and thieves that took advantage of the demon attack hid their loot, and the wand that opens up the Lich Mythic Path is also stowed in this location. There's a whole pile of junk waiting to be discovered here, so don't miss Terendelev's claw while sifting through the loot. 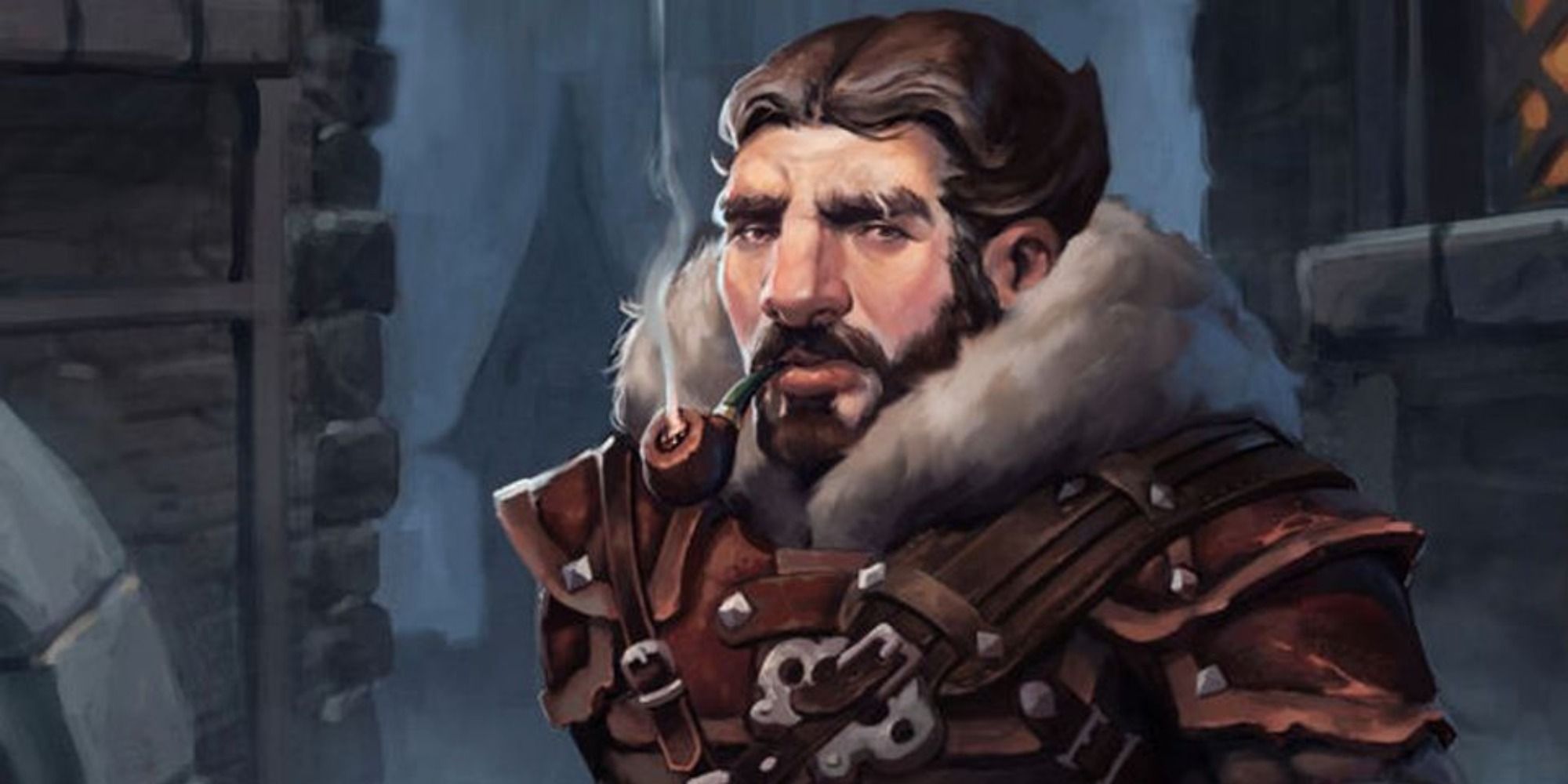 Greybor is a nice example of how to play a True Neutral character, even with a matching class build that is so cool and calculating it doesn't even need a subclass. Once you've secured Drezen, you can visit the Half-Measure Tavern and talk to Greybor about hunting a dragon that's harassing the troops. He asks for payment, so have at least 2500 gold for the initial contract. Make sure that Greybor is at your party or you won't be able to visit any of these essential locations.

The party tracks the beast before a successful ambush and follows the blood trail to a place called Artisan's Tower. There are several skill checks you have to pass to determine whether you can sneak up on the dragon in her lair or not, and it's a much easier fight with an Attack of Oppurtunity. Now that the Storyteller has been rescued, you can visit him in Drezen and give him Terendelev's claw. 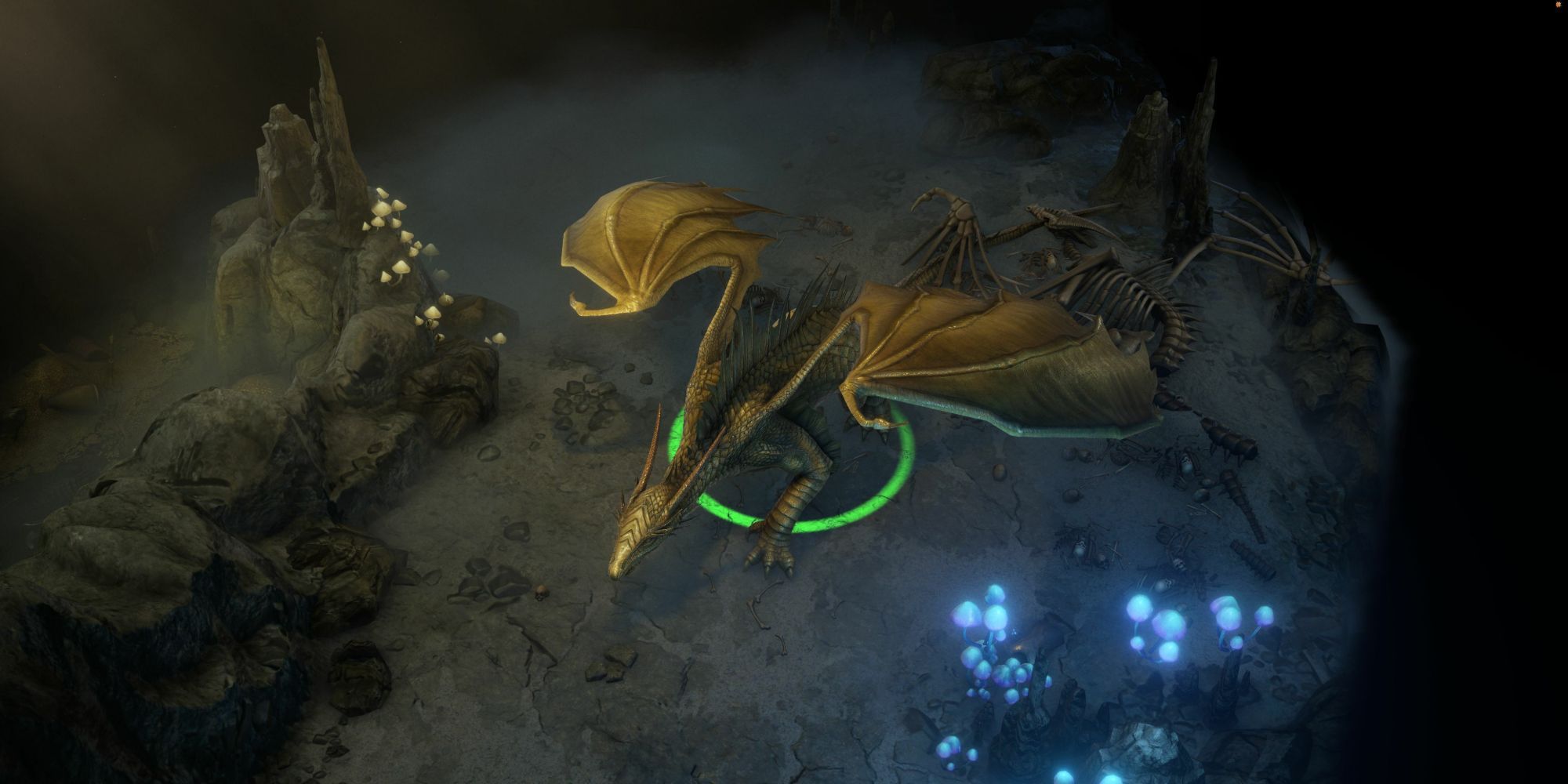 After returning to Drezen, you can find the Storyteller on the landing outside the Citadel. He'll tell you more about the dragon's past and direct you to Terendelev's Lair. Once you get there, however, you'll stumble on to a nest of cultists using the now-vacant space to tend their wounds. There are only two left now, one defiant cultist who continues to swear revenge and a Cleric named Hal who begs the hero the have mercy.

Hal is actually the golden dragon Halaseliax. If you spare the defiant cultist's life and release him, the dragon reveals himself, and commends you on the wisdom of your choice. He pledges to meet with you again before he flies off. If you choose to kill the cultist or attack Halaseliax, the Golden Dragon Mythic Path will no longer be avaialable. 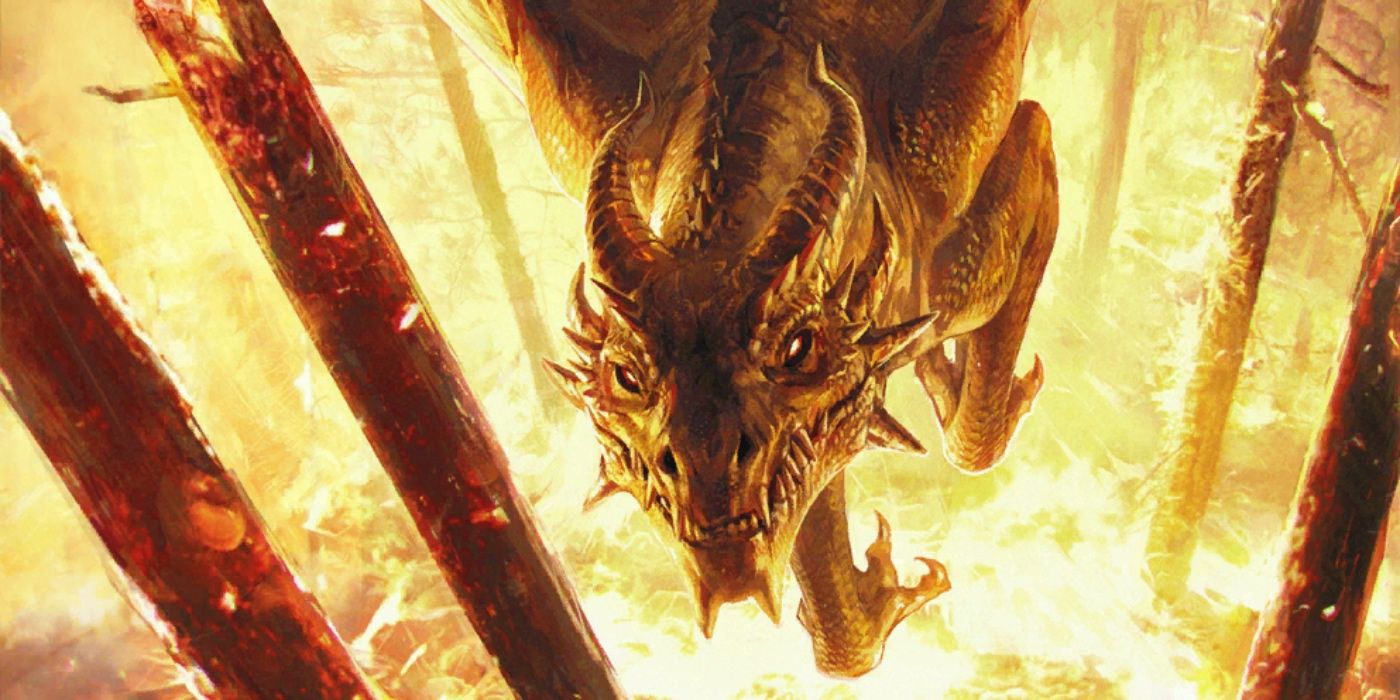 After the hero returns triumphantly from the demon city of Alushinyrra, they will continue their quest to close the Worldwound and drive the demons from Golarion permanently. At this point in the game, as long as the character has followed all of the previous steps, Halaseliax will seek them out as promised.

This meeting won't be at a fixed location but as a random encounter during the party's travels through the wilderness. As long as you are cordial to him and demonstrate your capacity for understanding and mercy, he'll open up the Golden Dragon Mythic Path to you.