Park Beyond Is The Theme Park Sim We Need

In the upcoming building and management sim Park Beyond, you take on the role of a Visioneer at theme park design company Cloudstormer and are tasked with helping breathe new life into a park packed with outdated ride designs. At first glance, it feels like just another theme park builder, but developer Limbic Entertainment has a trick up its sleeve: Impossification.

This concept involves designing physics-defying enhancements for your rides, adding cannons, fireworks, extra levels and so much more. You can also use the concept to breathe new life into shops, storefronts, and even staff. It’s this idea that takes Park Beyond and helps it feel like a familiar yet entirely unique theme park builder that is truly taking park design to new heights. You could even say it goes above and…. Beyond. Sorry I won’t do that again. 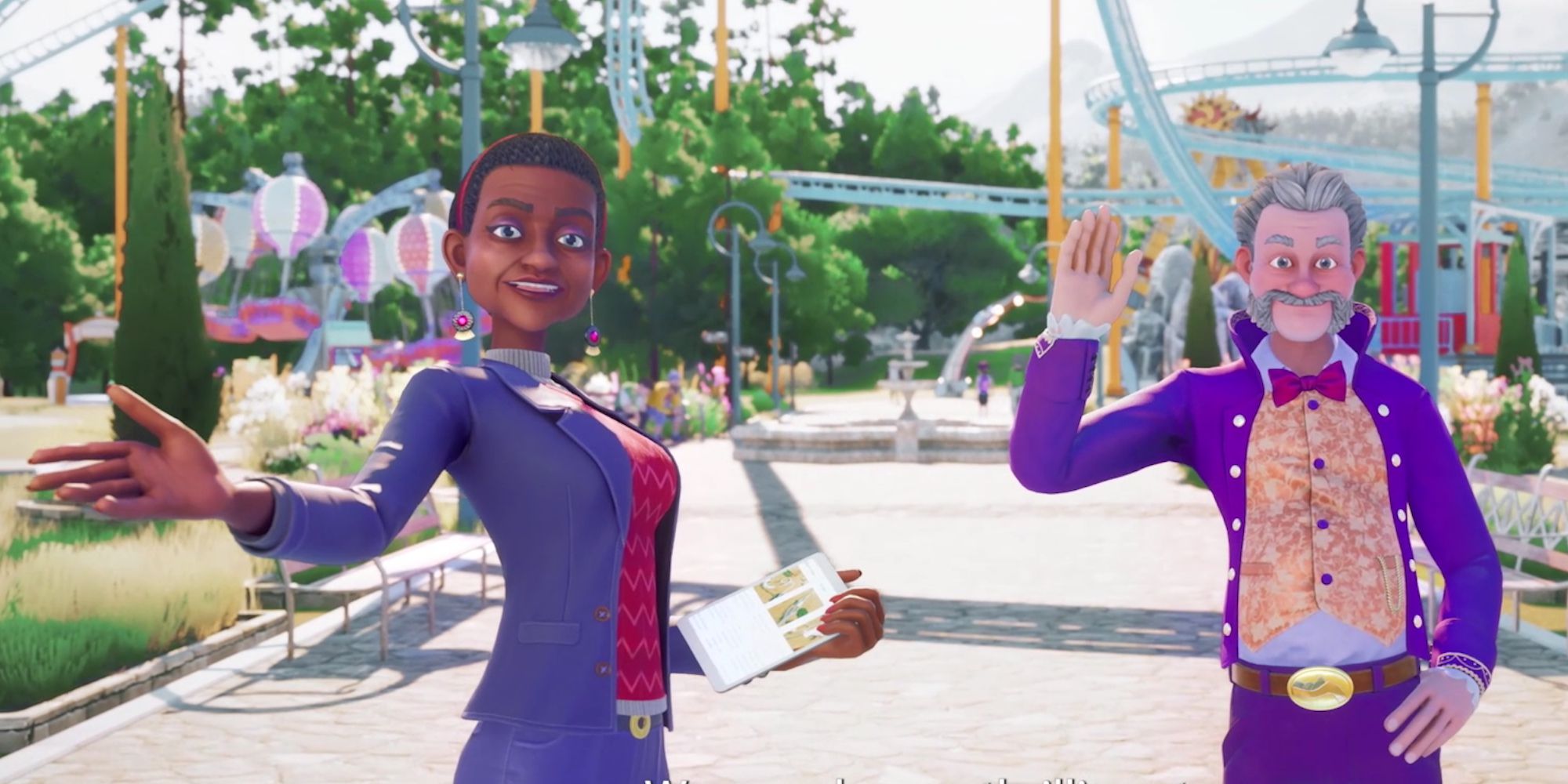 As a long-time building sim fan, I’ve been designing theme parks since the heady days of Bullfrog’s Theme Park, all the way back in 1994. It was one of the first sim games I ever played, but it was far from the last. From the mindblowing (at the time) enhancements of Rollercoaster Tycoon to the modern remasters of the series, and the more recent Planet Coaster, I’ve adored many a theme park management sim over the years.

I adore building theme parks, but at this point everything kind of merges together. Planet Coaster and Rollercoaster Tycoon both have their own interfaces, graphical styles, and management options, but at their core, they are pretty much the same. I choose my basic rides, build some paths, add a little decor, design a coaster, then rinse and repeat until I get a tonne of money and some kind of shiny gold star. When I first saw Park Beyond I figured it was more of the same. What I didn’t expect was that it would tap into the part of me that plays theme park sims in an entirely not-by-the-book way. 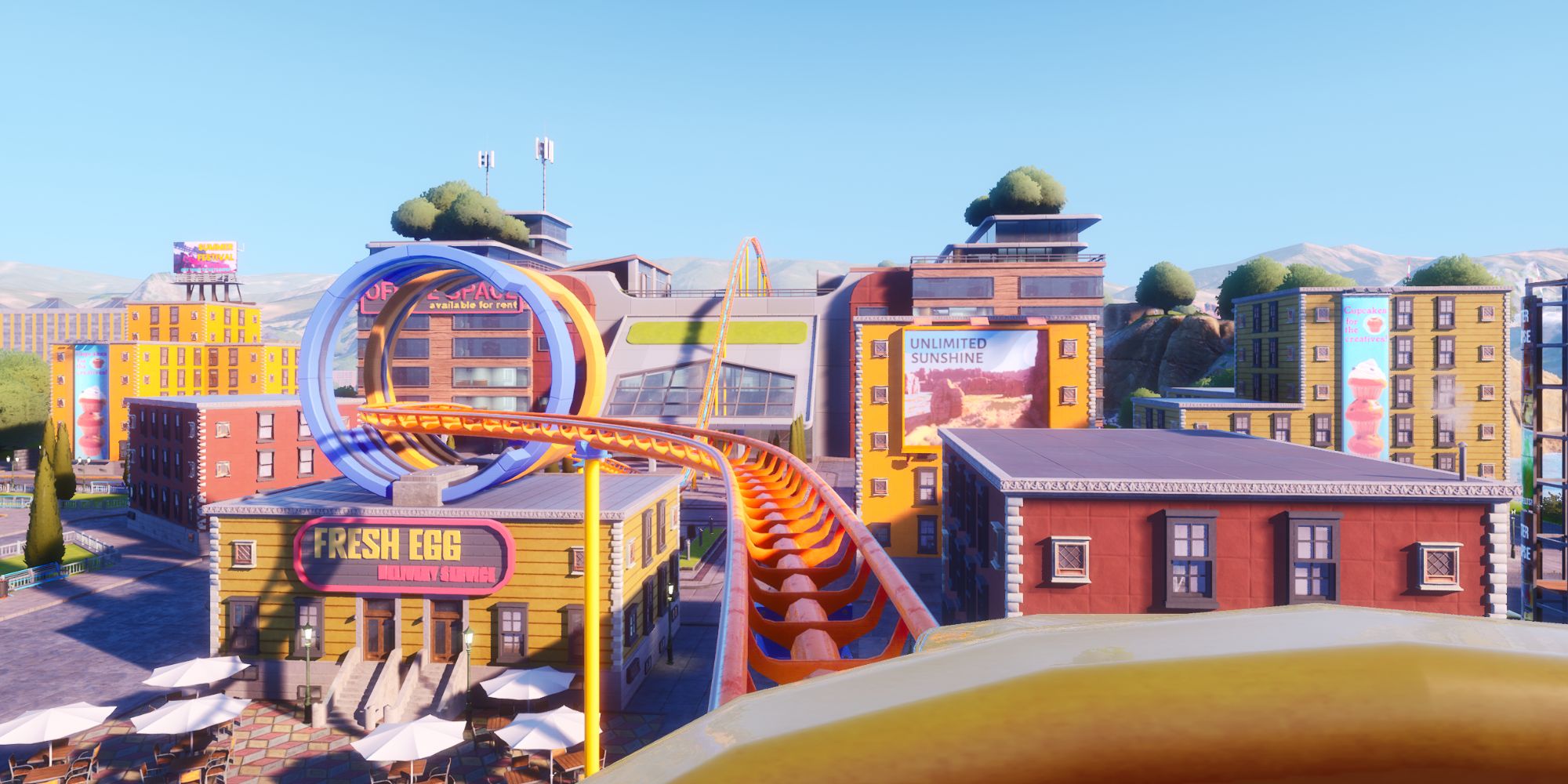 Building nice parks and designing cool coasters is how you’re supposed to play, right? But what about that overwhelming desire to see what happens if the coaster you’re carefully building is a bit too steep? Maybe with a banked curve taken at a speed it really shouldn’t be, or topped off by an ‘accidental’ dead end… This is the secret way I play coaster-building games. I take the game’s physics and I push them to their absolute limit. If you venture into the depths of my save files you’ll see coasters that make guests vomit so hard no amount of toilets, bins, and janitors can keep up. These are accompanied by others that are downright lethal. Now in Park Beyond I can indulge those dreams in new and less fatal ways.

I was offered a chance to play a short coaster-building demo as well as take a peek at the in-progress sandbox mode. This was just enough for me to get so excited that I’m not entirely sure how I’ll cope until the full release. 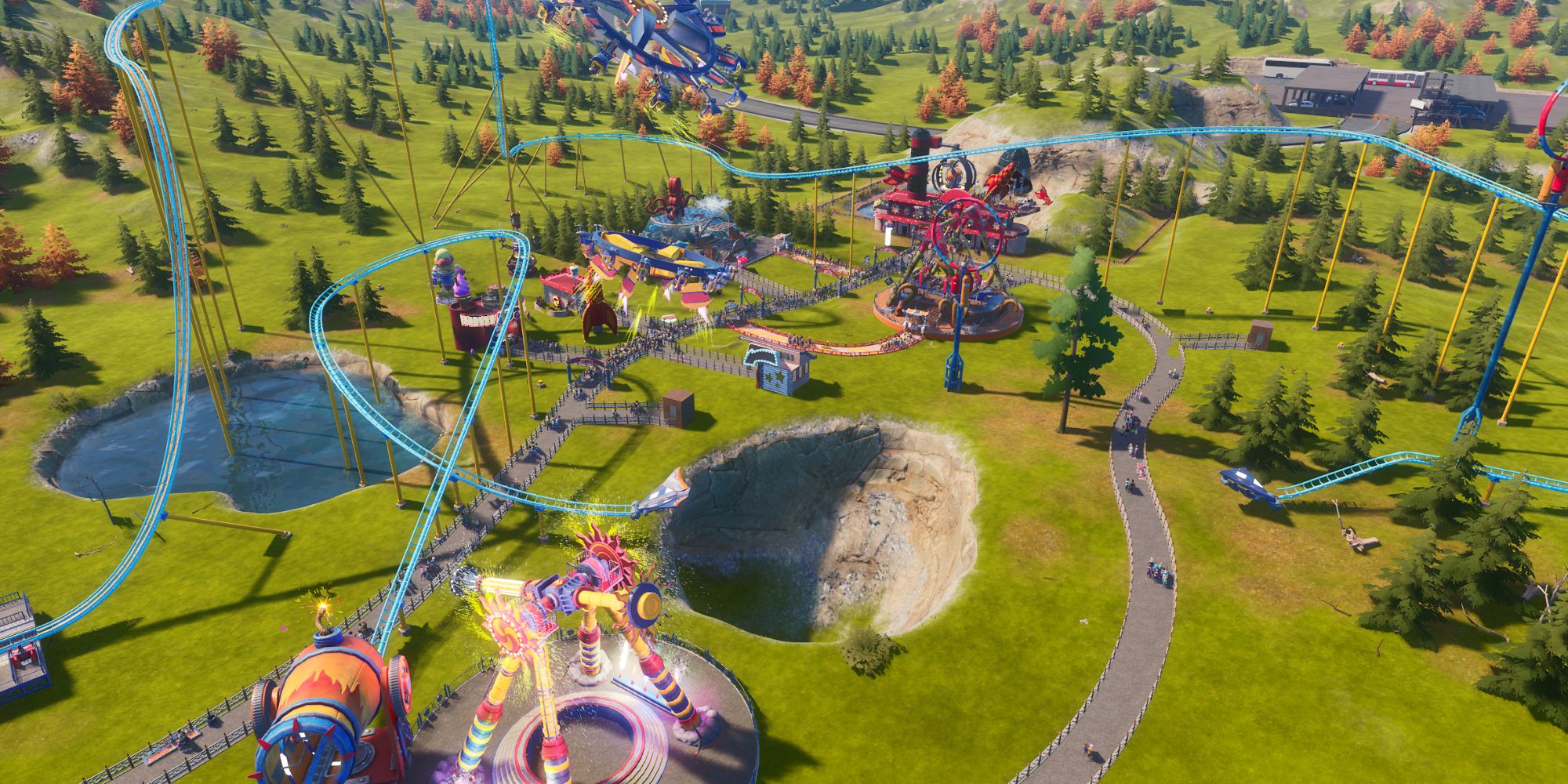 Coaster building mechanics are the easiest I’ve ever used. A simple click-and-drag mechanic enables you to build coasters that go in any direction you want, over or around buildings, under bridges and so much more. It appears that you can do pretty things to the landscape in the final game too, but even if you can’t micromanage your grass, I’ll take the ease of clicking two or three times to tunnel perfectly through a mountain without needing to curse at terrain tools any day.

Alongside this intuitive and fun-to-use building system, there’s also the game's unique hook, Impossification. This concept involves taking regular rides to the next level. In the demo, this involved adding cannons that shoot your coaster cars from one cannon to another, as well as the aforementioned tunneling system. The sandbox also showcased some Impossified regular rides which frankly just look incredible. Who wouldn’t want a sea-themed ride that gets picked up by an actual Kraken? What about a shop that adds so many decorations it makes your brain hurt and some fireworks for good measure? Everything is absolutely over the top. You could also use words like camp, childish, and unnecessary but that’s exactly why I absolutely want more of it.

I’ve built enough boring coasters to last me a lifetime at this point. I’ve spent thousands of hours over the years building wooden coasters, racing coasters, air coasters, and log flumes. Fine-tuning things, pushing the limits, and micromanaging everything I can. I’ve made a million dollars, and a million guests vomit. However, in all this time one thing I’ve never done is fired a coaster car over a mountain and had the guests onboard live to tell the tale. While we don’t talk about the great coaster disaster of 2005, those fears are no more. Now I can indulge my reckless, childish, and outlandish theme park dreams, while still being able to keep my guests safe and my park rating intact. Park Beyond has given me a tiny glimpse of everything I want in a theme park builder, and I’m here for it. Now. Please hurry up.