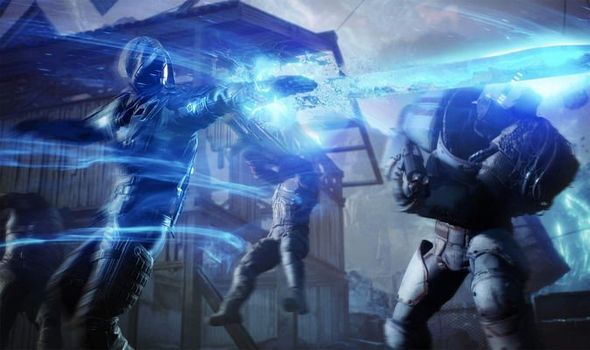 Outriders 1.05 is being released today by Square Enix, with good news waiting for gamers hoping to see the return of Crossplay.

As confirmed in the patch notes, today’s Outriders changes will make it possible to play between platforms again.

Crossplay is being re-enabled, although People Can Fly have warned there could be a bit of a delay.

According to the latest news shared on Twitter, the Xbox Outriders update is scheduled to roll out today.

But gamers on PS4 and PC will likely receive the patch before those fans using the Microsoft platform.

Speaking about the upcoming changes and the re-release of Crossplay, a message from People Can Fly revealed:

“A new patch for PC and PlayStation Platforms will be rolling out over the next few hours!

“We’re a little bit delayed on the Xbox version of this patch, but the @Xbox team are being incredibly supportive in helping us get it ready as soon as we can.

“We are hoping to have this patch ready for Xbox very soon and will update you the moment we have news.

“With the release of this patch, Crossplay between PlayStation and PC is now possible.

“Crossplay between Xbox and PC/PlayStation has been temporarily disabled.

“Crossplay between Consoles and PC will be fully restored once the Xbox patch has gone live.”

So while we don’t know exactly when the game will be updated on all platforms, the process should be completed by April 10.

And the full patch notes for today’s Outriders update confirms that version 1.05 will boast a lot of new bug fixes, and hopefully, some improved matchmaking.

You can find the full list below, including details on today’s Crossplay situation with PS4, Xbox and PC platforms: