In the barren, frozen expanse of Antarctica, a lone survivor trudges through the snow in search of a mystery MacGuffin known as The Signal. Equipped with a state of the art snowsuit, this enigmatic masked character has to scale icy cliffs, cross dangerous rivers, and endure the worst weather the world's least hospitable continent has to throw at them—including blizzards and tornadoes. Whatever this signal is, it's calling to them from the wintry depths of this harsh landscape and they'll stop at nothing to reach it. It's an intriguing premise.

Nova Antarctica is the first game by Japanese indie RexLabo. Headquartered in Tokyo, this fledgling studio has been helped to bring the game to life by an indie incubator program founded by publisher Marvelous Japan. It's always nice to see established companies like this giving new games, and other interesting projects like Ninja or Die, a leg up. It's a survival game, which is unusual for a Japanese developer. Typically these kinds of games, whether it's The Long Dark, Subnautica, Don't Starve, or The Forest, come from Western studios.

But Nova Antarctica isn't a pure survival simulator. It features many of the elements that define the genre, including crafting, cooking, and scavenging supplies to keep yourself alive. But it's also a narrative-driven adventure game, with RexLabo promising a "branching story rich in discovery and devastation." Devastation is the key word here, reflecting the game's thoughtful, melancholy tone. There's an apocalyptic flavour to the experience too, weighted by the fact that The Signal, located at the South Pole, is said to offer "hope for humanity."

It's all very mysterious, but entirely by design. Nova Antarctica is opaque and puzzling on purpose, to give you a compelling reason to struggle through the many hardships Antarctica has to hurl at you. But, thankfully, you aren't alone. Setting this apart from other survival games, it's possible to befriend animals and use their special abilities to help you survive. You'll get to hang out with penguins, wolves, and animals that have no business being in this part of the world, including a tiger and a red panda. It's safe to say realism isn't a priority here. 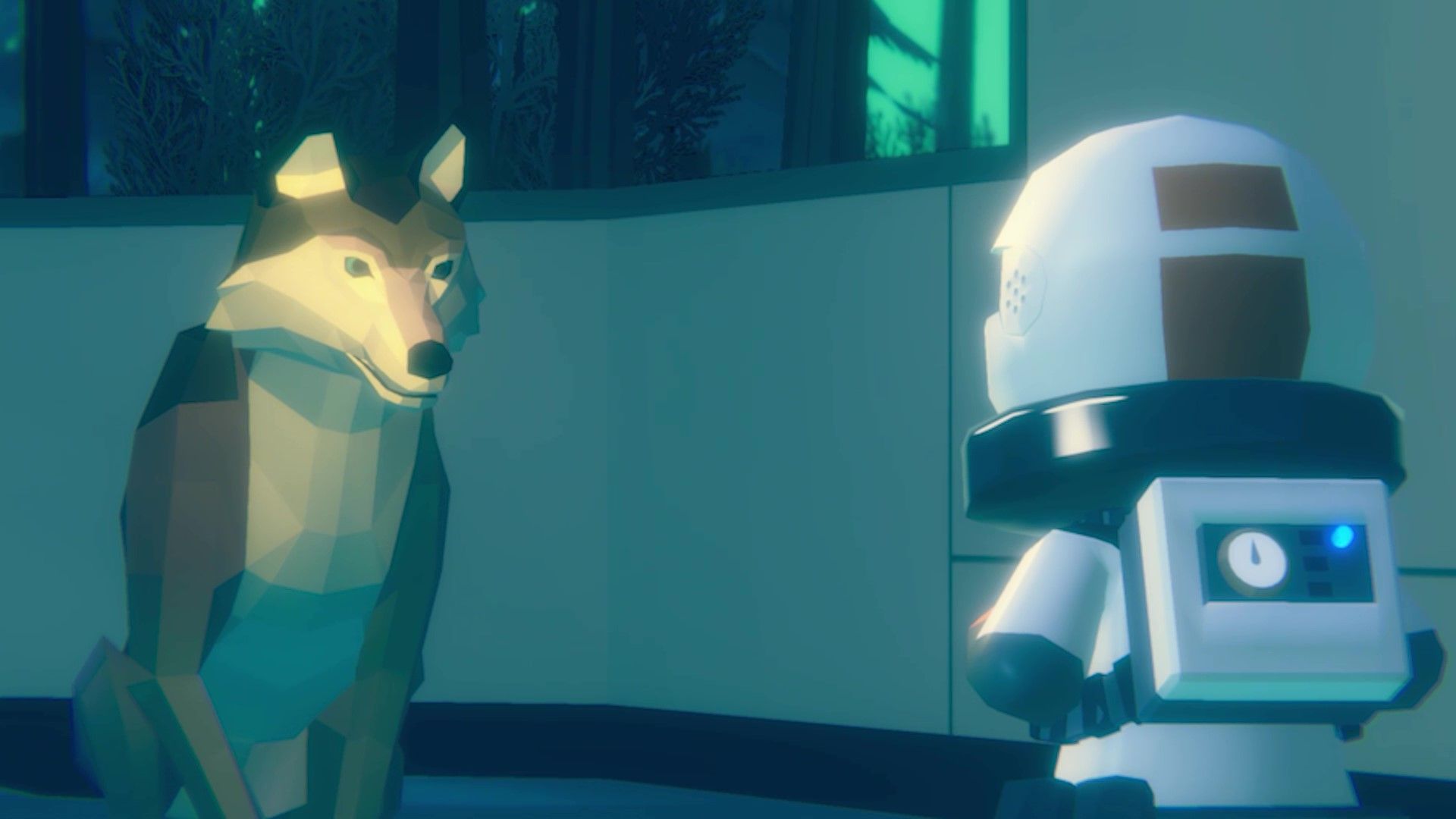 I'm not quite sure how these friendly creatures factor into the gameplay, except for the fact that you can ride the wolf around as a mount. That should make traversing those frigid snowfields and reaching The Signal easier. As for what's waiting for our nameless hero at the South Pole, well, your guess is as good as mine. RexLabo says players will "unravel the dark reality of what happened [in Antarctica]" and that there's a hidden truth behind your mission. Sounds tantalisingly ominous, and I'll be eager to learn more when the game launches sometime in 2023.

I had a very brief hands-on with Nova Antarctica at Gamescom, but it's clear this is a game you have to immerse yourself in, and dedicate a good chunk of time to, to fully appreciate. A quick blast in a noisy demo room isn't the best showcase for it. All I really did was run around a snowy ravine, craft a few wooden boxes to help me ascend a cliff, and gather survival supplies. Then I got lost in a freak blizzard and that was it. But I'm looking forward to playing the finished game properly at home, if only to reach the Pole and find out what the hell The Signal is.