No Man’s Sky was dealt a bad hand. Hello Games’ humble indie project was never intended to be a global blockbuster, but Sony picked up the space exploration sim and treated it with the reverence of a first-party exclusive. It received a generous marketing campaign and prime positioning at trade shows, all while the small team behind it scrambled to make the finished product look anything like the trailers we had spent years enamoured with.

A mixture of false promises and overzealous lies resulted in a launch that many thought would doom the game to oblivion. Critics and fans mostly hated it, but the hype surrounding No Man’s Sky meant it would sell millions of copies anyway. Soon after the dust settled, with Hello Games working away on major updates in silence as the game was labelled a failure to be forgotten about. It faded away, only to come back and steal our hearts for realsies.

To see No Man’s Sky not only deliver on its initial pitch in the years to follow, but surpass that original vision with a mountain of free updates and continued support was legendary, and sits alongside Final Fantasy 14 as one of the greatest comebacks this medium has ever seen. Now we can pilot mechs, play with friends, and explore planets in so many diverse ways. 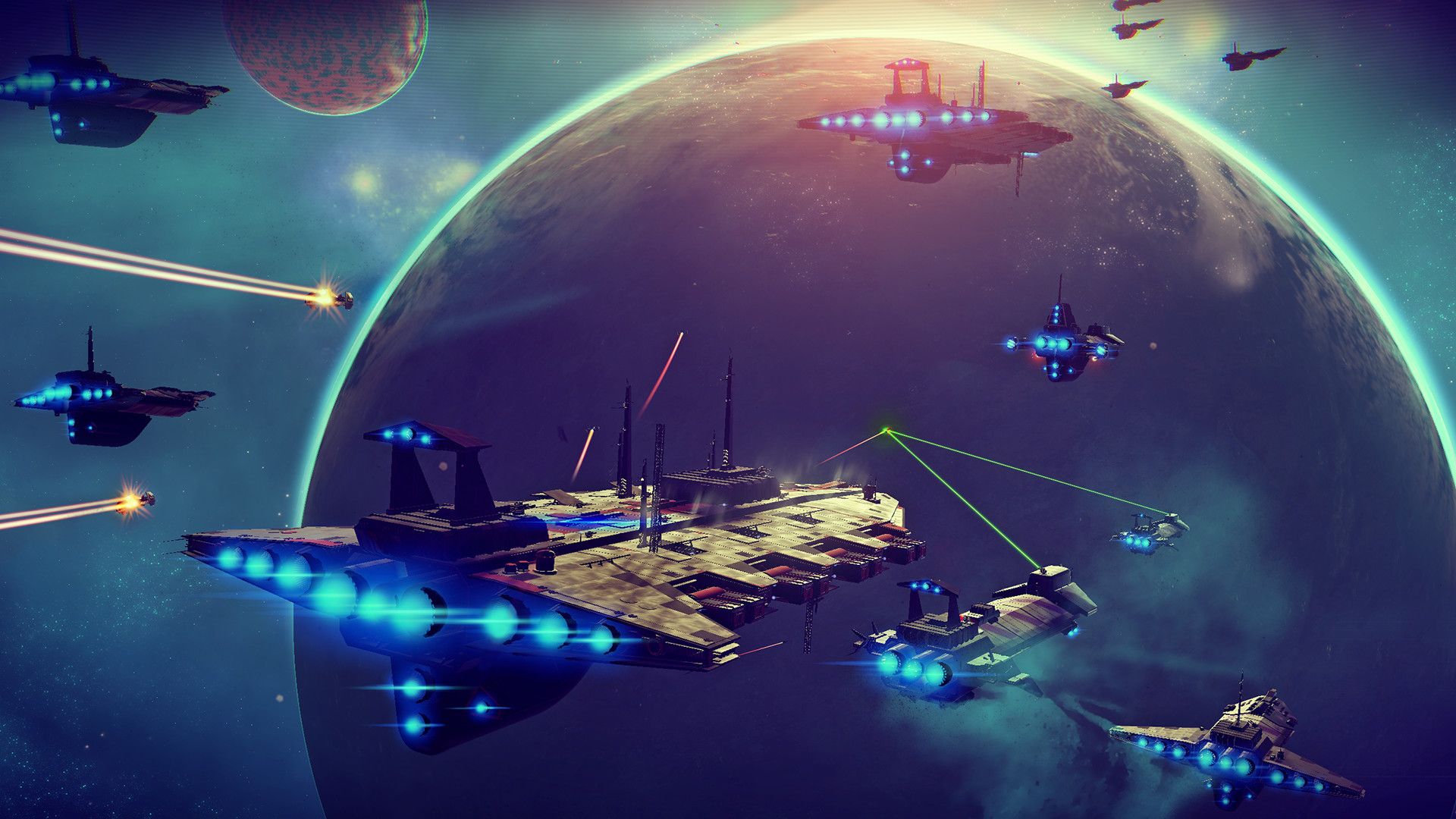 I was one of the rare few who fell in love with the vanilla release. Yes, it was flawed, with its approach to procedural generation quickly giving way to repeated biomes and a gameplay loop of resource gathering and exploration that ultimately led nowhere. Despite knowing I would never reach the centre of the universe and growing frustrated with the primitive nature of the underlying design, I couldn’t help but find beauty in the melancholic loneliness of it all.

Back in 2016, No Man’s Sky didn’t have lofty ambitions of online multiplayer, base-building, and nuanced combat – it was about exploring a universe that only a handful of curious aliens and hostile mercenaries called home. Lingering narrative threads and small nuggets of lore teased a linear path forward, but following that objective always fell away in favour of losing yourself in the expansive unknown. Every journey was different, with each new planet hiding a mixture of curious wonder and expectant annoyance as you stumbled upon its secrets. 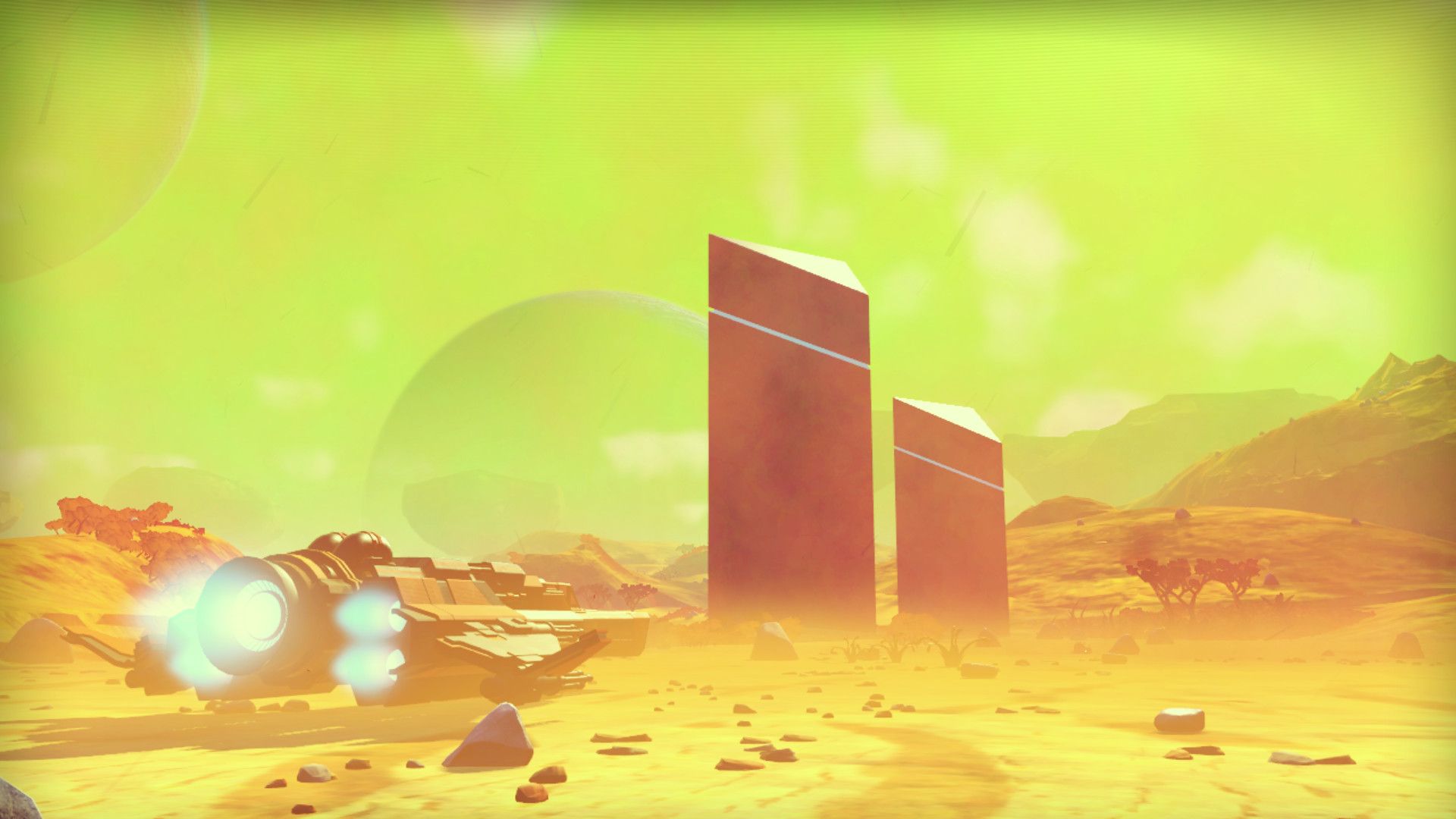 In the opening hours, players can’t take to the stars until their spaceship is repaired, which in turn requires resources and patience to navigate through a user interface that makes even easy tasks an exercise in frustration. Encumbrance was a common issue, while simple things like crafting and logging new data entries required jumping through hoops that wouldn’t be addressed until updates years down the line. It sucked, but this inconvenience also served to emphasise the rewards that await once you finally leave the atmosphere.

The starting planet is also a gamble, and will likely determine your attitude towards No Man’s Sky in the hours that follow. Some might spawn on a luscious tropical landscape filled with towering blue trees and expansive green fields, while others will remain trapped amidst a toxic wasteland with boiling temperatures and poisonous sandstorms that make moving away from the relative safety of your ship almost impossible. It’s all about luck, and having to roll with the punches as you enter new star systems and investigate undiscovered planets is a perfect combination of terror and joy. I loved it, even if I wasn’t really doing anything.

Earning the ability to jump between different galaxies is when No Man’s Sky really comes alive. Hello Games sold this game on the vastness of its procedural execution, but the most memorable moments come from when its myriad planets make you feel well and truly alone. You aren’t expected to spend all that much time on a single planet aside from those that become an established base of operations, but during the original launch window you were more of a nomad hopping between celestial beings, making small marks on the surface of each planet that are destined to be forgotten. We are a single meaningless being in a sea of endless stars, hoping that our discoveries might one day be stumbled upon.

I developed a habit of finding a worthwhile planet and leaving my ship behind, watching as the map marker faded into nothing as I kept walking forward into whatever mysteries might await me. This often boiled down to abandoned outposts and trading caravans, all while a bunch of creatures that resembled sentient buttplugs followed in my stead. When you break down the moment-to-moment gameplay it isn’t anything special, but No Man’s Sky ignites my imagination in ways that few games ever do. Its visuals, music, and atmosphere combine to create something special, a glimpse into a universe so vast that seeing everything even a single planet has to offer is impossible. Knowing there are millions upon millions of places out there just like this one that I might never see, let alone explore, stirs something in me. 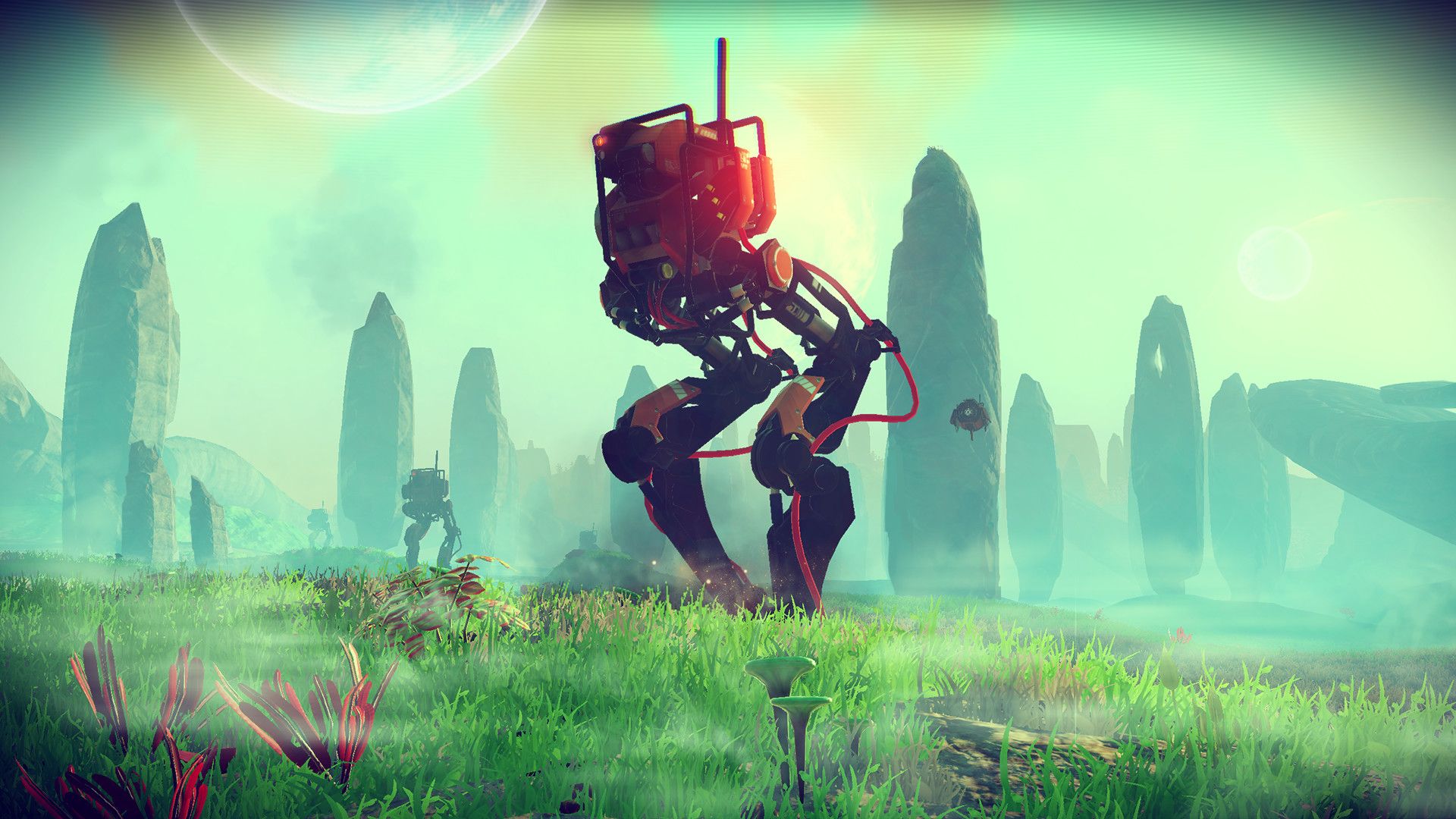 The few brief glimpses of civilization scattered across No Man’s Sky are disparate enough in their presence that stumbling upon them is oddly refreshing. I pick up small pieces of alien language as I seek to sell off some resources weighing me down, all before I hop aboard my ship to do it all over again. I grew tired of this routine eventually, but returning to the game in this state is almost calming in how you aren’t really expected to do anything other than satiate your own need to exist, explore, and find your place in the unknown.

Games are so often curated, afraid that our attention will drift elsewhere, and we won’t bother to pay attention to anything that happens on screen. No Man’s Sky was different – it gave us the keys to Pandora’s Box and asked us to rifle around inside in search of the ultimate treasure, all before teaching us that the value in it all comes from our own curiosity. I adore what it has become, but I will never forget the awe of losing myself in a universe that wanted me to feel worthless, empty, and that there was no chance in me ever making a difference aside from the small reminders of my existence I left behind whenever I went.