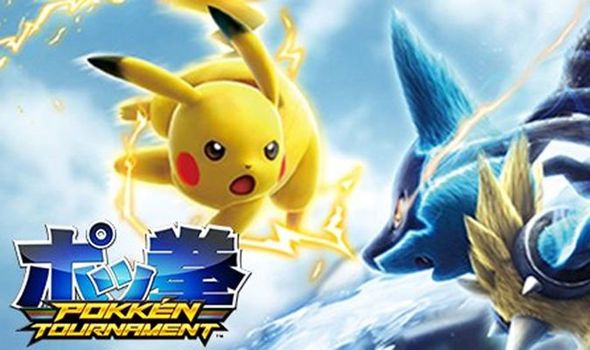 The Nintendo Switch has plenty of unique content to check out but most first-party exclusives cost money to download and play. But this week, Nintendo is making it possible to check out one of its top fighting games without having to spend anything extra. Pokkén Tournament DX has been made available as part of a new free game trial on Nintendo Switch.

You can download it from the eShop now and check out the Pokemon beat-em-up for free until August 4.

According to the official Nintendo listing, Pokken Tournament DX will be available in the US until 11:59 pm PT.

For gamers in the UK, that means the free trial should run until around 8 am BST, on August 5, 2020.

The only downside is that it appears you need to be a Nintendo Switch Online member to get to play the entire game at no additional cost during the special event.

The game is also available at a discounted price during the free trial, as part of a Nintendo Online membership.

A message from the tech giant adds: “Starting today, Nintendo Switch Online members will be able to download the full version of the Pokkén Tournament DX game and play it until August 4 at 11:59 pm PT.

“Did you play the game and can’t get enough? Well, you’re in luck—Pokkén Tournament™ DX is also 30% off right now! Please note that this sale ends on August 11 at 11:59 pm PT.

“If you need a Nintendo Switch Online membership, you can learn more by visiting Nintendo eShop.”

Unlike other games in the famous franchise, Pokken Tournament features Pocket Monsters battling in an entirely new way.

Instead of giving commands from the sidelines, you play the role of a specific Pokemon in a setup akin to Tekken games.

Pokken Tournament was initially released on the Wii U, before being ported over as a DX title for Nintendo Switch.

An official game description can be found below:

New modes give you the ability to challenge your friends in intense competition. Duke it out with your favourite Pokémon Fighters in Team Battle.

Then record and upload your favourite fights with the new replay feature. Take the battle on the road with the portable Nintendo Switch system or find competition online in the new Group Match Mode.

Do you have what it takes to claim the title of Pokkén Tournament DX champion? There’s only one way to find out, and that’s by stepping into the battle arena!