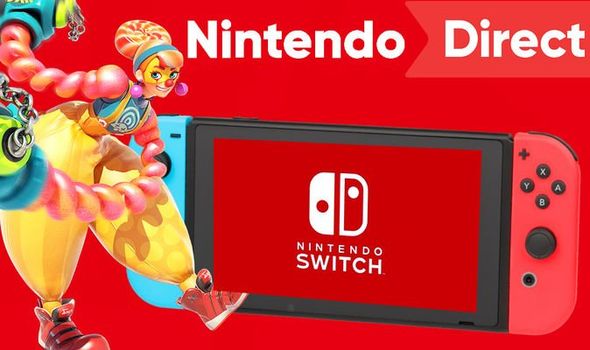 UPDATE: Nintendo Direct viewers have discovered that Min Min from ARMS will be the next character to join Super Smash Bros Ultimate.

The first character releasing as part of Fighters Pass 2, Min Min has been given a June 29 release date on Nintendo Switch.

Min Min will be joined by a selection of new Mii Fighter costumes, including Ninjara from ARMS, Heihachi from Tekken, Callie and Marie from Splatoon, and even Vault Boy from Fallout!

You can watch the Smash Bros Ultimate Direct by clicking play on the YouTube video below.

The Super Smash Bros Ultimate Direct presentation will be available to stream at 3pm BST on June 22.

The conference will give fans a look at the next character to join the Super Smash Bros Ultimate roster.

While Nintendo has already confirmed that it’s a character from ARMS, the exact identity is yet to be revealed.

“Tune in next Monday, June 22 at 15:00 BST to find out which ARMS fighter is joining Super Smash Bros. Ultimate in a roughly 35 minute-long livestream from series director Masahiro Sakurai,” Nintendo confirms.

Expect a deep dive into how the character plays, as well as a release date for the newest addition. The character could launch as early as today, but more likely within the next couple of weeks.

As with all Nintendo Direct conferences, the stream will be available to watch over on the Nintendo YouTube channel, or you can check back here at 3pm UK time to view the video in full.

Sadly, despite the conference running for more than half an hour, Nintendo has no plans to unveil any additional DLC fighters during the stream.

“There will be no further new fighter reveals other than a fighter from ARMS in this livestream,” Nintendo confirms.

ARMS launched with ten different characters to choose from, while a further five were added in post-release updates.

Spring Man and Ribbon Girl seem like the most obvious picks to join the Smash Bros roster, although Ninjara, Master Mummy or Lola Pop would arguably be more fun.

ARMS also features a pre-match customisation element, which lets you equip various different mechanical arms, each with their own attributes.

If Smash Bros Ultimate incorporates this element of the gameplay, then the new ARMS character could be highly unique and hugely popular.

The mystery ARMS character will be joined by a further five DLC fighters over the course of the next year and a bit.

Previous reports suggest that Waluigi will make an appearance as a downloadable character.

One of the strangest rumours suggests the Marine from Doom (aka Doomguy) could also make an appearance in Smash Bros.