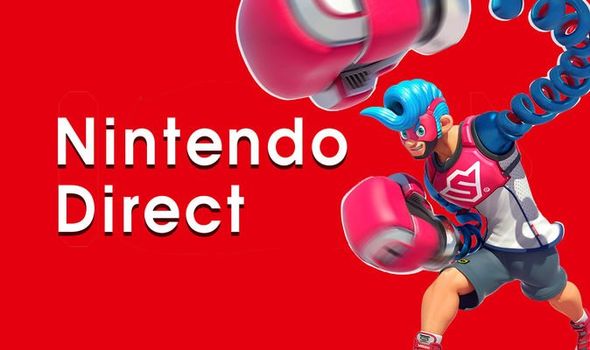 Nintendo Switch owners are about to find out which ARMS character is joining Super Smash Bros Ultimate.

In a surprise Friday afternoon announcement, Nintendo has announced plans to hold a brand new Direct conference next week.

“Tune in next Monday, June 22 at 15:00 BST to find out which ARMS fighter is joining Super Smash Bros. Ultimate in a roughly 35 minute-long livestream from series director Masahiro Sakurai,” Nintendo confirms.

As with all Nintendo Direct conferences, the stream will be available to watch over on the Nintendo YouTube channel.

While it’s great to finally get confirmation about which ARMS character is coming to Super Smash Bros Ultimate, it’s not all good news.

Despite a running time of more than half an hour, Nintendo has no plans to unveil any additional DLC fighters during the stream.

“There will be no further new fighter reveals other than a fighter from ARMS in this livestream,” Nintendo confirms.

The first character as part of Fighters Pass 2 is said to have a June release date on Nintendo Switch.

Indeed, it wouldn’t come as a big surprise if Nintendo launched the character immediately following the Direct conference.

The mystery ARMS character will be joined by a further five DLC fighters over the course of the next year and a bit.

Previous reports suggest that Waluigi will make an appearance as a downloadable character.

The rumours gained traction after video producer Brian David Gilbert campaigned for a game dedicated to the cult favourite character.

Nintendo CEO Doug Bowser would reply to the video with a clapping emoji and purple heart, which suggests we’ll see more from Waluigi soon.

One of the strangest rumours suggests the Marine from Doom (aka Doomguy) could also make an appearance in Smash Bros.

This includes Byleth from the Fire Emblem series, as well as Fatal Fury mainstay Terry Bogard.

That’s in addition to Joker from the Persona series, Hero from various Dragon Quest games, and Banjo & Kazooie. Piranha Plant also launched as DLC, although not as part of the Fighters Pass.