Nier: Automata Confirmed To Run At 30fps And 1080p Docked On Switch

Nier: Automata is coming to the Nintendo Switch this autumn. It'll be The End Of Yorha Edition too, which includes all previously released DLC. The news was announced during yesterday's Nintendo Direct Mini, which also dropped a new trailer confirming the launch date of October 6.

Since then Square Enix has confirmed how the game will perform on the Switch. In a Tweet in Japanese, the publisher said Nier: Automata will run in 1080p when docked, and in 720p in handheld mode. The frame rate will be 30fps throughout. While there may be frame rate drops here and there, the stated aim of 30fps isn't bad considering the Switch is less powerful than the other consoles the game is available on. 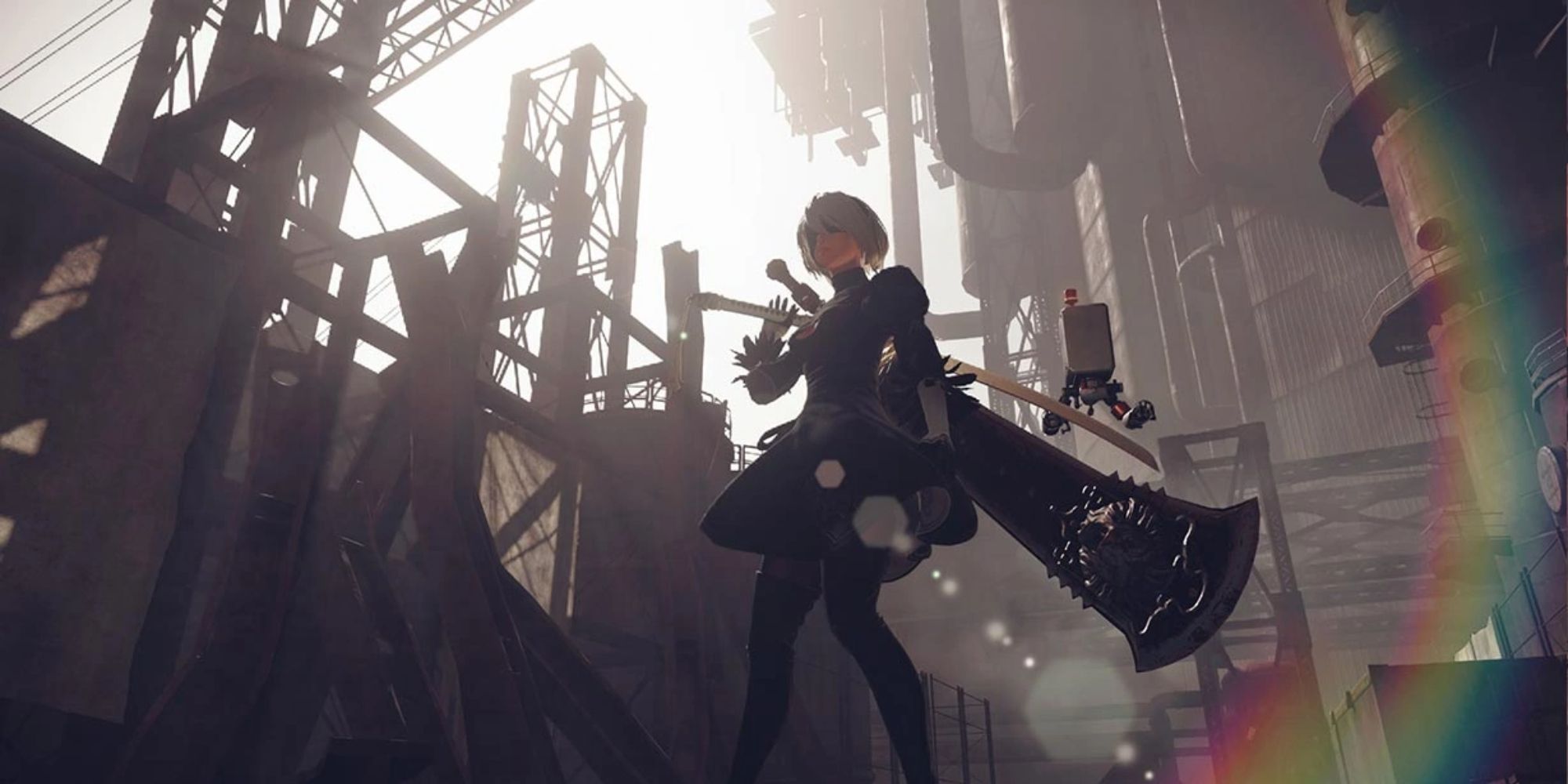 Developed by PlatinumGames and directed by Yoko Taro, Nier: Automata has become a classic since its launch in 2017. Highly acclaimed for its originality, innovative storytelling, and combination of gameplay styles, the title is widely regarded as one of the most accomplished in recent years. Players find themselves in the role of 2B, an android tasked with freeing the planet from being overrun by robots, but the story changes with every playthrough. This is a game that unfurls further each time the credits roll and you begin again. Now Switch owners will be able to indulge in the fun as well.

According to Square Enix, the game has sold some 6.5 million copies and with this new Switch version that is bound to increase further. There will also be a physical release of Nier: Automata on the Nintendo Switch which will come with reversible box art by Koda Kazuma who is the concept artist behind the game's memorable landscapes.

Nier: Automata – The End of Yorha Edition launches on Switch on October 6. Meanwhile, fans will be glad to know there's also an anime adaptation in the works.