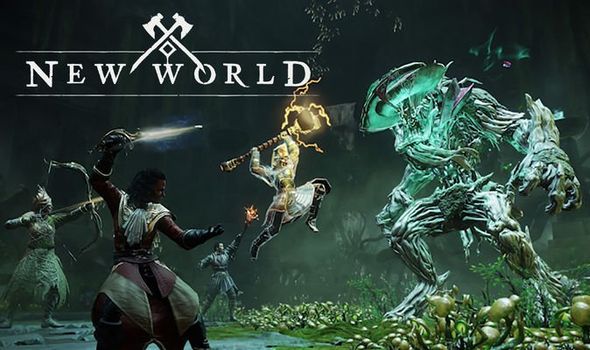 The latest New World update introduces the Mutators to the game, complete with some end-game expeditions.

“Mutators change the familiar by augmenting “Normal” and “Named” Enemies found within expeditions, changing the way encounters play out and what strategies players should consider before battle.

“And as combat changes, so do the rewards! New bespoke gear and resources can be found, providing additional means to increase your power level.”

The Mutator system features ten difficulty levels per Expedition Mutation, with players tasked with climbing the ladder. You can read all about these new activitites in the patch notes below.

Needless to say, the January update makes a ton of changes to the gameplay experience, and fixes a selection of bugs and glitches.

Unfortunately, however, fans will need to sit through around three hours of server downtime before they can jump back in to the action.

The server downtime runs from 12pm UK time until 3pm GMT, although New World downtime has been known to end early.

• Players will require a codex for opening a Mutated version of the expedition.

– On completion of a Regular Difficulty Expedition, players will receive the Codex for that Expedition and a one time reward of a Mutated Expedition Tuning Orb.

– Players that are invited to a group that already has a codex and orb will be rewarded with both items upon completion.

– The Mutated Expedition Tuning Orb will not be rewarded on additional playthroughs of Regular Difficulty Expeditions.

• Upon approaching and interacting with the Expedition Menu, players will be able to see the type of mutator available, the mutation level, Gear Score recommended to advance, and lastly if they meet qualifications for entry.

– Mutator Orbs are universal. Players can craft 1 per week and will be able to purchase additional orbs in the Faction Shop.

New World is a massively multiplayer role-playing game from Amazon.