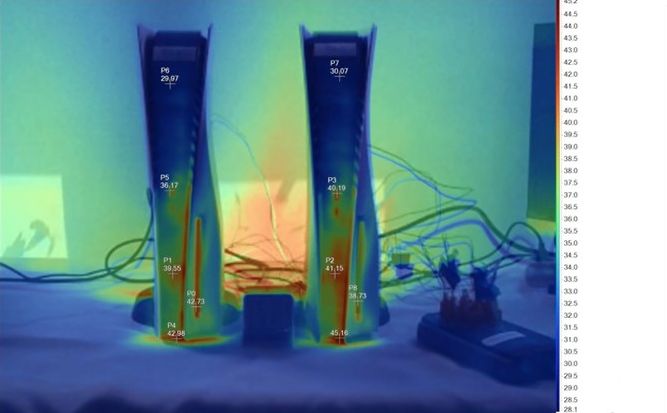 You wouldn’t have thought using a new screw and being slightly lighter would generate such controversy, but ever since the suggestion was made that the new model of PlayStation 5 was inferior to the original fans have been in uproar.

Things quickly stopped being funny when the YouTuber who performed the original teardown was hit by internet abuse, with fans apparently outraged that he would dare to criticise Sony.

Now the waters have been muddied further with a new, more extensive, investigation suggesting that the new heat sink is more efficient and the new model actually runs cooler than before.

YouTube channel HardwareBusters International measured exhaust temperatures, external temperatures, and used sensors to measure the temperature of the VRAM, VRM (voltage regulator module), and SoC (system on a chip) while a game is running.

The biggest difference was with the SoC, where the temperature fell from 51.15C in the original model to 40.08C in the newer version.

There was some variation depending on the particular component though, with the VRAM running 8C hotter and the VRM seeing a minute increase of just over 1C. Exhaust temperatures were also higher, but again by less than 2C.

None of the differences are significant though and it seems the biggest change the heat sink made was making the console lighter.

To add to the triviality of the issue the new model is now an insignificant 1 decibel louder than the original model, which is impossible to tell without using a sensor.